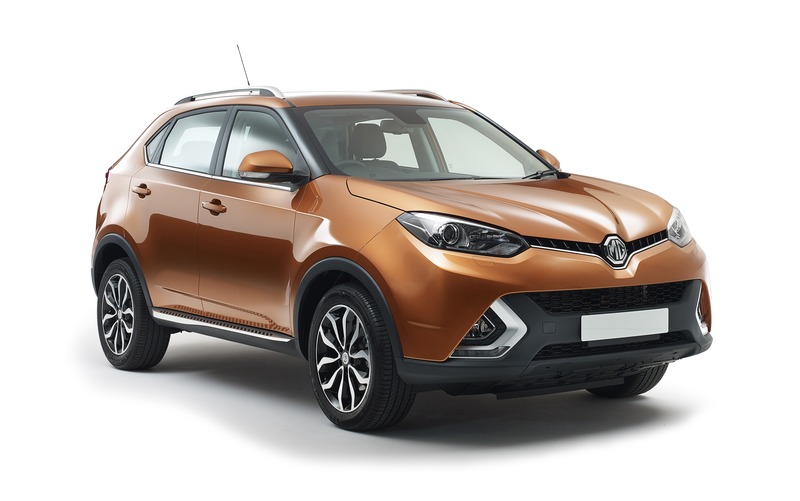 MG holds a special place in the UK market, with history stretching back to 1924 and a longstanding heritage of sports cars. The country's most popular sports car brand in its heyday of the 1950s and 1960s, the MG T Series and MGA were popular, while the MGB is regarded by many as the quintessential British sports car.
The marque suffered in the 80s and 90s, eventually ceasing production and dying out in early 2005 with the collapse of the MG Rover Group, but a few months later it was reborn under the ownership of Chinese company Nanjing Automobile Group, who later merged with Shanghai Automotive Industry Corporation (SAIC). Under SAIC ownership, a new MG appeared in 2011; a 5-door hatchback called the MG6. In 2013, the MG3, another 5-door hatchback, carry some of the brand's sporting heritage.
An SUV is something altogether new, though, and unprecedented in MG history, both during its original lifetime and its revival under SIAC ownership. The addition of the 'GS' SUV is a reflection of market trends and demand for these vehicles and will, hopefully, broaden the reach of MG in the UK.
At an exclusive preview event at the Battersea Park show on 5th May, MG revealed the GS and announced that the compact SUV will be available in three trim levels when it goes on sale in June, and will also come with the revived brand's first ever automatic transmission.
The SUV's top specification model will be available with the option of a DCT gearbox; which MG says will be more responsive and provide customers with a much smoother ride.
From launch, all GS variants will be powered by a 1.5-litre turbo petrol engine, similar to what's used in the MG3, but the MG6's 1.8-litre turbo is unconfirmed at this stage.
Speaking at the reveal, Matthew Cheyne, Head of Sales and Marketing for MG, said: "When considering transmissions and engine choices, we listened to our customers and looked at market trends. It's not only a momentous occasion to unveil our first SUV, it is also a significant moment to announce our first automatic - something many of our customers have been waiting for, and so we're thrilled to be offering it to them."
MG is assuring customers that when UK pricing is announced in June, it will reflect the brand's family pricing strategy.
Cheyne added: "Regarding how much this fantastic new car will cost, it will be consistent with our other models. We're proud of the fact our prices are transparent. When we say our cars are affordable, we mean it. The price structures are easy to understand and have no surprise additions.
"When we officially launch the GS next month, people will be able to find out more about the car's performance and when they can get behind the wheel of one."
Advertisment
Advertisment