It’s Australia’s top-selling SUV (and has been #1 or close to since 2013), but that doesn’t mean Mazda is resting on its laurels with the CX-5.

This past May, Mazda announced a range of updates for the second-generation CX-5, starting with engine efficiency improvements and including specification upgrades on selected model variants. Pricing drops on upper-level variants of the mid-sized SUV, with the mid-level Maxx Spot and Touring reduced by $400, while the upper GT and Akera grades have seen price drops of $800. Pricing for the entry-level Maxx grade is unchanged.

While CX-5 diesels are outsold by versions with the 2.5-litre Skyactiv-G petrol engine here, the diesel has received the most changes. What Mazda are describing as a new Skyactiv-D 2.2 diesel makes its debut with this upgrade, adding a two-stage turbocharger with variable turbine geometry to lift power output from 129kW and 140kW and torque from 420Nm to 450Nm.    This engine also features improved diesel injectors, piston modifications and ‘Rapid Multi-stage Combustion’ to lift the compression ratio to 14.4:1, which combined with a new water flow management system, improves combined cycle fuel economy from 6.0lt/100km to 5.7lt/100km. 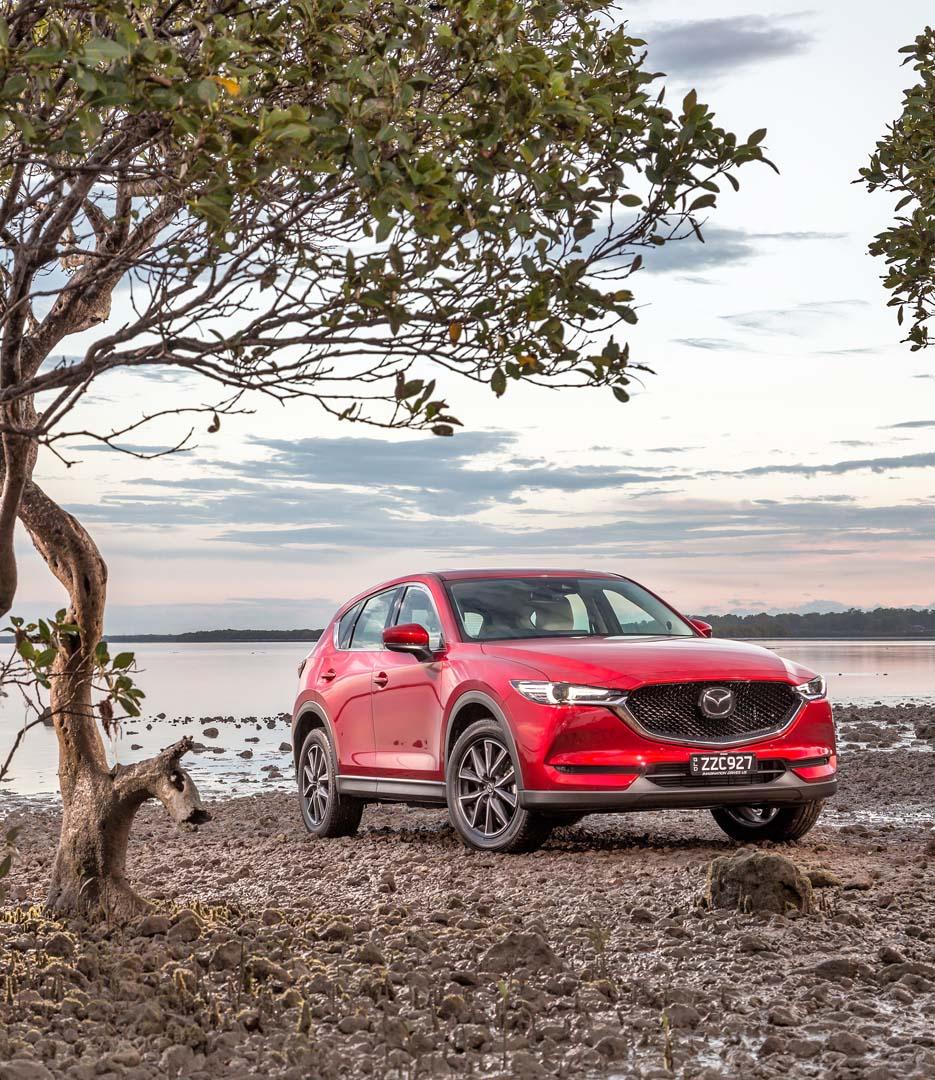 Fuel economy has been boosted on the 2.5 Skyactiv-G, too, with the introduction of cylinder deactivation technology that claims improvements of around 20 per cent at 40km/h and five per cent at 80 km/h. Both the 2.5 and smaller 2.0 petrol engines feature intake port changes, redesigned fuel injectors, a new water flow management system and new oil rings. The result of the changes are marginal, at only 1Nm of torque for the 2.5 (now 252Nm) and 1kW for the 2.0 version (now 115kW), but Mazda are claiming improved fuel economy, especially at higher revs, as well as more torque through the low-to-mid rpm range with these changes. Specification changes arriving with this update are limited to the upper CX-5 grades, with the Akera adding a 360-degree camera, while the Touring introduces windscreen Active Driving Display (aka head-up display) in lieu of the previous model’s flip-up display. 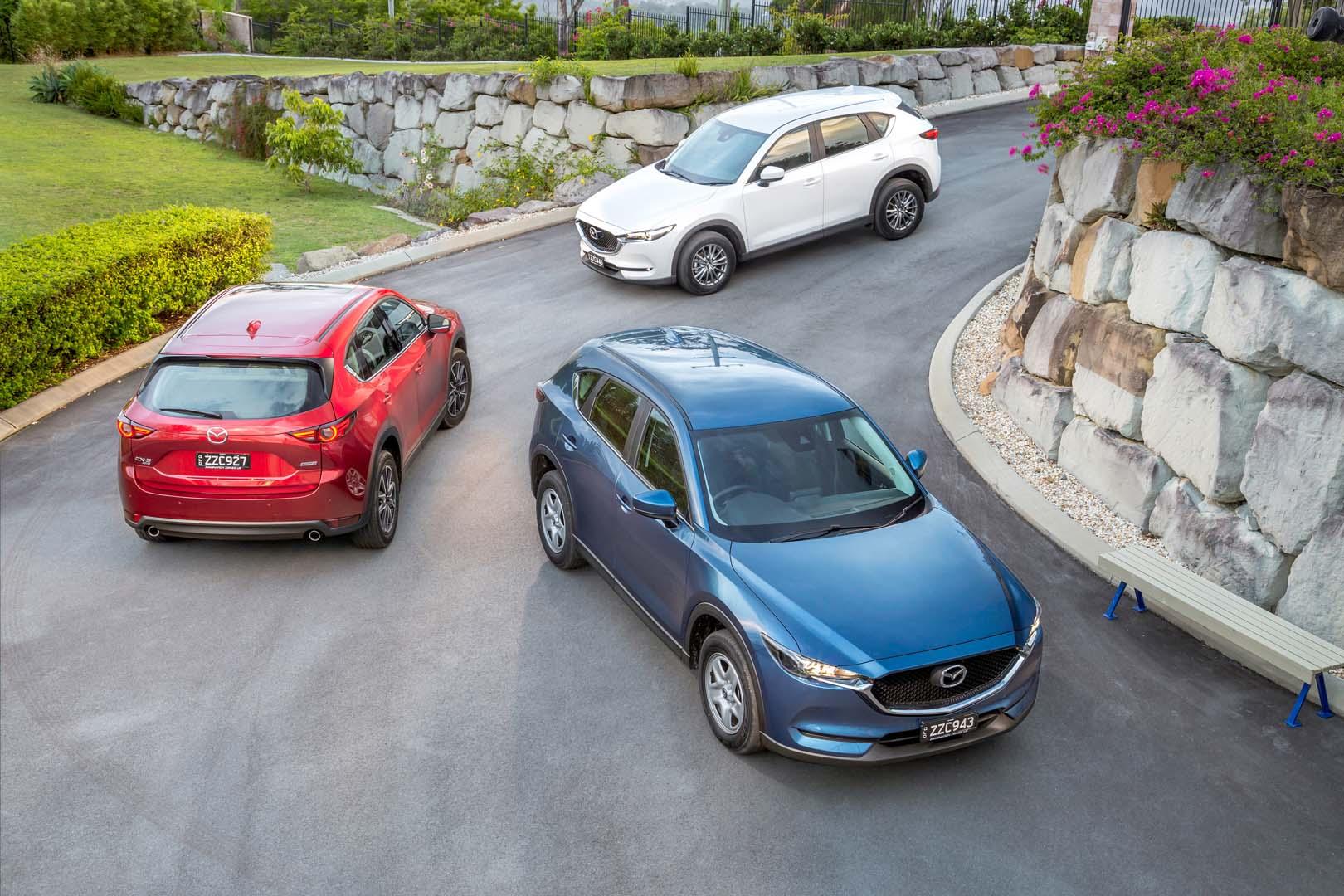