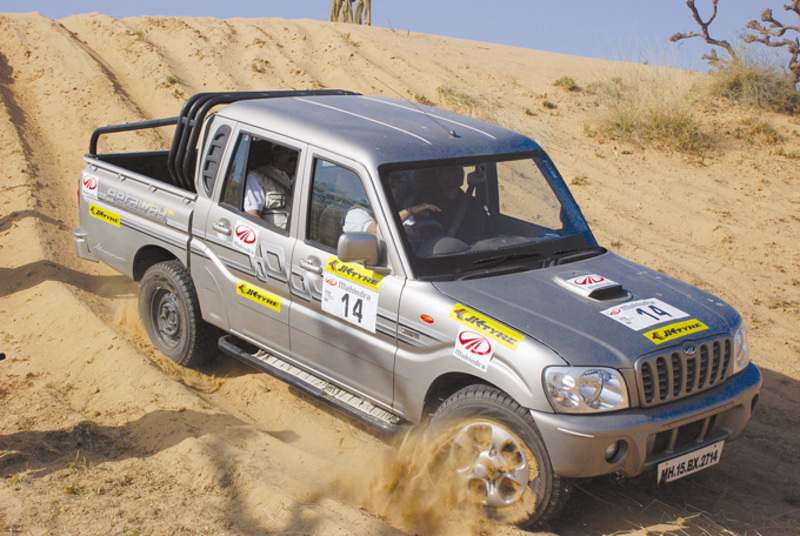 The 41st 'Mahindra Great Escape', is an annual non-competitive rally that this year saw 150 people enthusiastically drive through the Great Thar Desert, near the Pakistan border in North West India. This event will serve as the blueprint for an equivalent Australian event, according to TMI Pacific boss, Claire Tynan. Tynan drove a 4WD Scorpio through the Indian desert as part of the most recent Great Escape, and described it as, "an absolutely exhilarating experience!"

The Scorpio dual cab, built on the same platform as the Pik-Up from Mahindra, was among six other Mahindra models that took part in the Indian adventure. In all, 40 vehicles took on the challenge that covered sand dunes, rocky patches, steep inclines and sheer drops - territory that Tynan and others compared to the Australian outback. First initiated in 1996, the Mahindra Great Escape is a non-competitive, off-road rally which is meant to encourage Mahindra customers, other stakeholders and media, to test the strength of their vehicles on challenging terrain.

In addition to the National rally that runs through Rajasthan's Thar Desert each year, a number of smaller, regional Great Escapes are run regularly throughout other parts of India. The event TMI is working on will be similar in format to the Indian rally, and will be open to all Mahindra owners throughout Australia."We're delighted to be planning an adventure based on this incredible concept for our Australian market. We look forward to sharing the details of our own Australian plans as they're cemented," Ms. Tynan said.

Watch this space for more info on the Australian Great Escape.