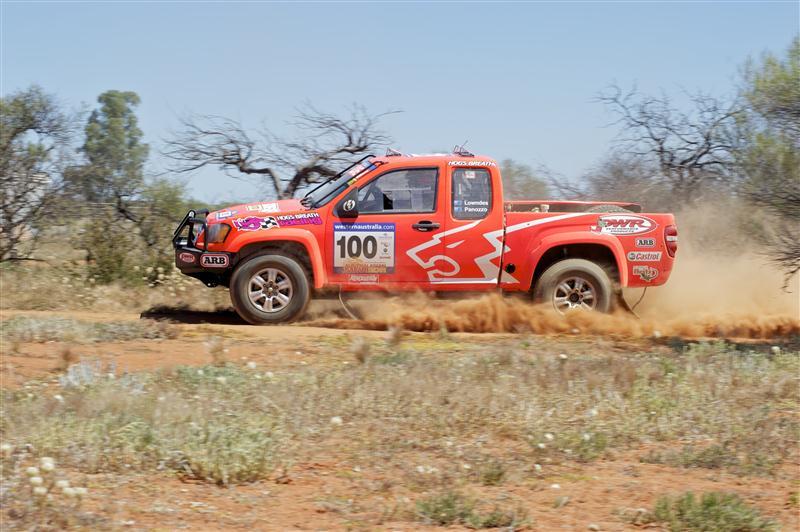 The dazzling ladscape of wildflowers may have looked pretty, but proved treacherous for competitors
The first leg of the 2011 Australasian Safari was one of two halves, with Steve Riley & John Doble winning the leg's opening stage, but brake problems from the Victorian pair allowed Craig Lowndes and John Panozzo to take the second stage victory and the overall lead.

The dazzling ladscape of wildflowers may have looked pretty, but proved treacherous for competitors.
"The wildflowers out there were beautiful but dangerous - it was like driving on oil and we did a lot of damage to the car," Steve Riley said at the end of the day's competition.

Riley/Doble were leading in their Cairns Coconut Holiday Resort Mitsubishi Pajero, but had major brake issues in the leg's second stage.
"Our brakes exploded just 20km from the end of the second stage. We had been first out and were leading up until that point but had to stop and fix it up," Riley explained.

The Riley/Doble misfortune meant they finished leg 1 behind Craig Lowndes and John Panozzo in their 2003 Holden Colorado, with Terry and Jodi Conner third overall in their 1995 Nissan Patrol. Lowndes had his own dramas, though, hitting a tree and sliding through the wildflower fields, like the rest of the competitors.
"We navigated our way into the forestry and had to then turn the car around in the first stage. It was really rocky and rutted and we did a lot of sliding in the wildflower areas," Lowndes said.

Damage was a common theme amongst the competitors, with the PWR Holden Rally team mechanics putting in a late night with Paul Weel also hitting a tree on the back of his rollover in the prologue. Weel limped into the service park well outside of control time and looked unlikely to be ready to start leg 2.

Tony and Greg Flood's Safari was over soon after it started, mechanical issues in the Supply Solutions Mitsubishi Pajero meant the WA duo were forced to withdraw from the event before the start of leg 1. Tony Quinn and Toni Feaver suffered a similar fate. The pair finished the prologue in second place, but were towed from the first stage of leg 1 with irreperable mechanical damage and will take no further part in the Safari. 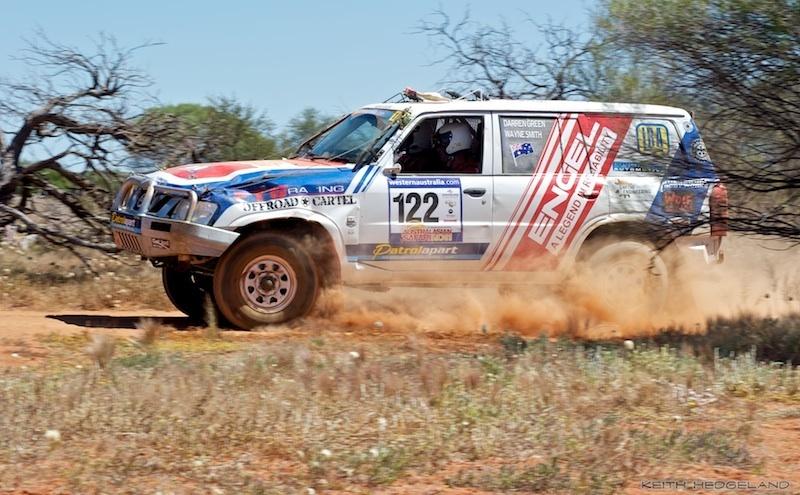 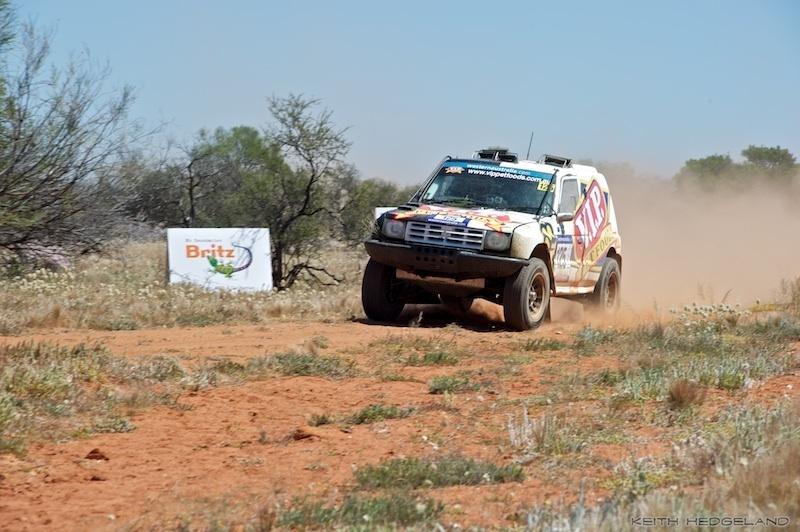