The second section for Leg 3 was the longest section of the competition, covering 317.94km before arriving in Laverton
Leg 3 of the Australasian Safari included the Safari's longest stage, and was described by the route co-ordinator as so challenging it could be a complete Safari on its own. Over 560 competitive kilometres, the 11 remaining auto competitors left in the competition faced many twists and turns, incredibly challenging navigation across rocky breakaways, overgrown fence lines, twisted tracks, stone roads, flood plains, and tricky navigation around bores, tanks, and windmills.

The second section for Leg 3 was the longest section of the competition, covering 317.94km before arriving in Laverton.

Craig Lowndes and John Panozzo retained their lead in the auto division, finishing 21 minutes ahead of nearest rivals Steve Riley and John Doble. It was aclose-run thing, though, Lowndes/Panozzo finishing a mere 14 seconds ahead of Riley/Doble at the end of the leg.
"I had a great day. The first stage had some nice clean runs with some challenging navigation points," Lowndes said.
"Stage 6 was the long one and we carried enough fuel for the entire stage which meant the car was heavy. In the second half of the stage it was better as the car was more balanced. We got lost a couple of times, but nothing major. I enjoyed myself today and really liked the endurance."

Riley said they pushed themselves and their Pajero hard today.
"It was a long day and my brain is fried! The windscreen cracked a few times from the car getting bashed around.
"Dakar was good practice for today - you have long days and have to concentrate the whole time," Riley said.

The overall standings at the end of leg three see Lowndes/Panozzo hold a 13 minute lead over Riley/Doble, the Victorian pair continuing to push their little 08 Pajero to the limit. Third overall are the pair of Terry and Jodi Conner (95 Nissan GQ Patrol), followed by Purshouse/McShane (09 Mitsubishi Triton) and DiLallo/Masi (1999 Mitsubishi Evo Pajero).

The course stays around the Laverton area for leg 4 with a looped course that starts and finishes in the old gold mining town for a massive 660km over three competitive stages. 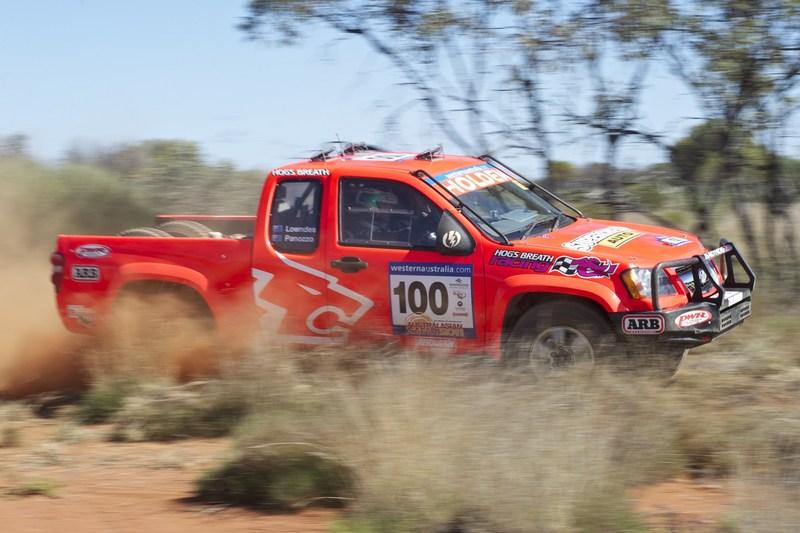 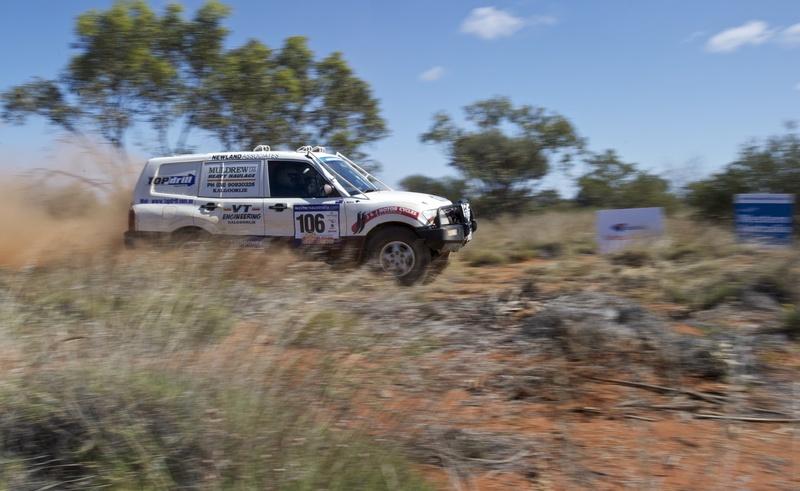