What’s the benefit of owning a seven-seat SUV if you don’t really need the extra seats? That’s exactly what we’re going to find out.

LIKE MANY automotive journalists, if you ask me for a definitive decision between a wagon and an SUV it’s a very brief response. But some of that’s self-serving because I simply think wagons look nicer and they do drive better – but only for someone who cares about these kinds of things…everyone else is proving that SUVs are the popular choice, and they do have their own advantages.

So what of this biggest of all the SUV options, the Mazda CX-9? Well actually, I am a family man, sharing a three-year-old boy with my wife and all of the gear that goes with that. Yes, just one grasshopper in the back, but it’s amazing how much stuff you end up packing into the boot even just to go to the zoo. Sometimes it spills into the back seat. There are seven of those here, so we should have more than enough space to spread out and enjoy, even if the parents at daycare think it’s overkill for this small family. 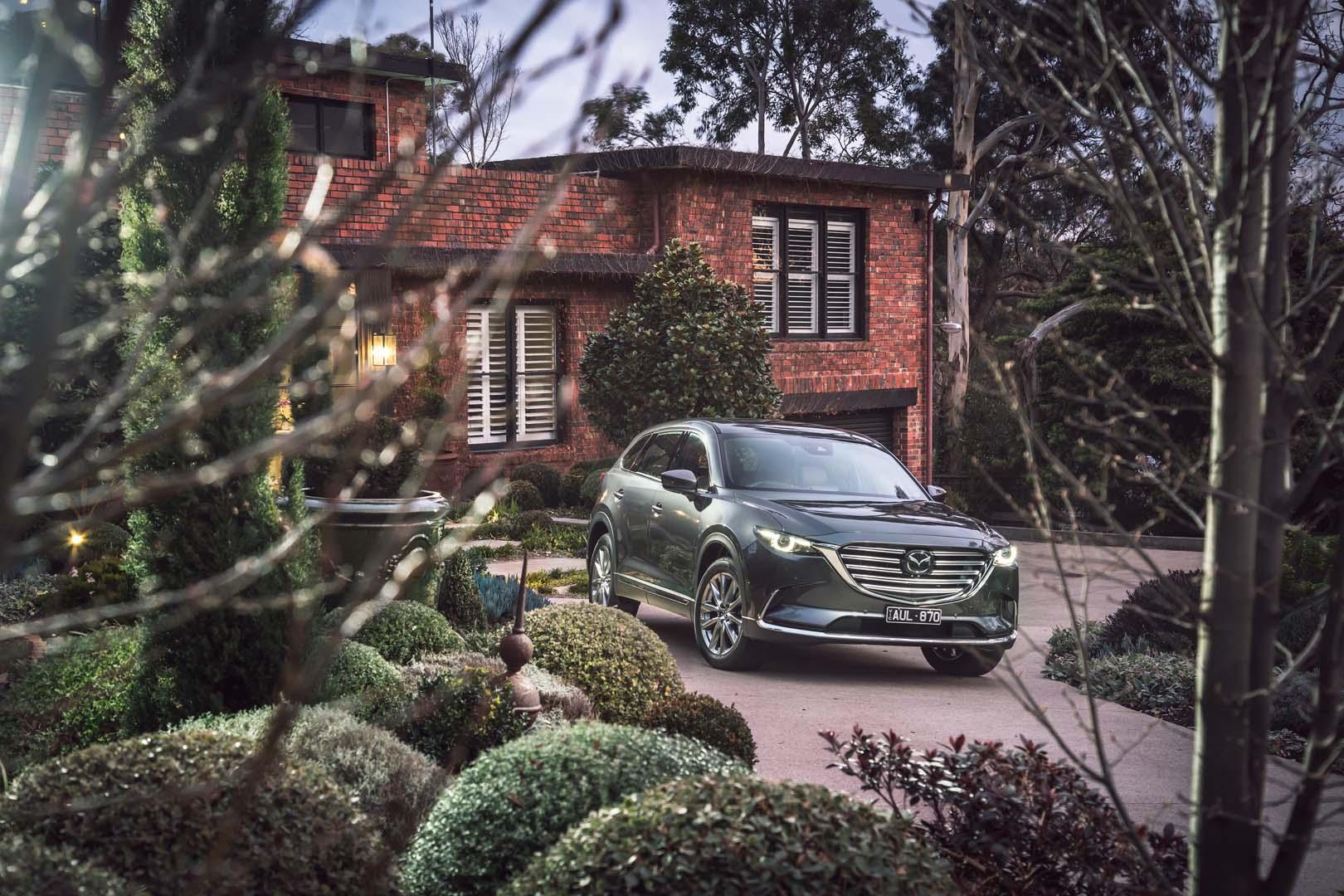 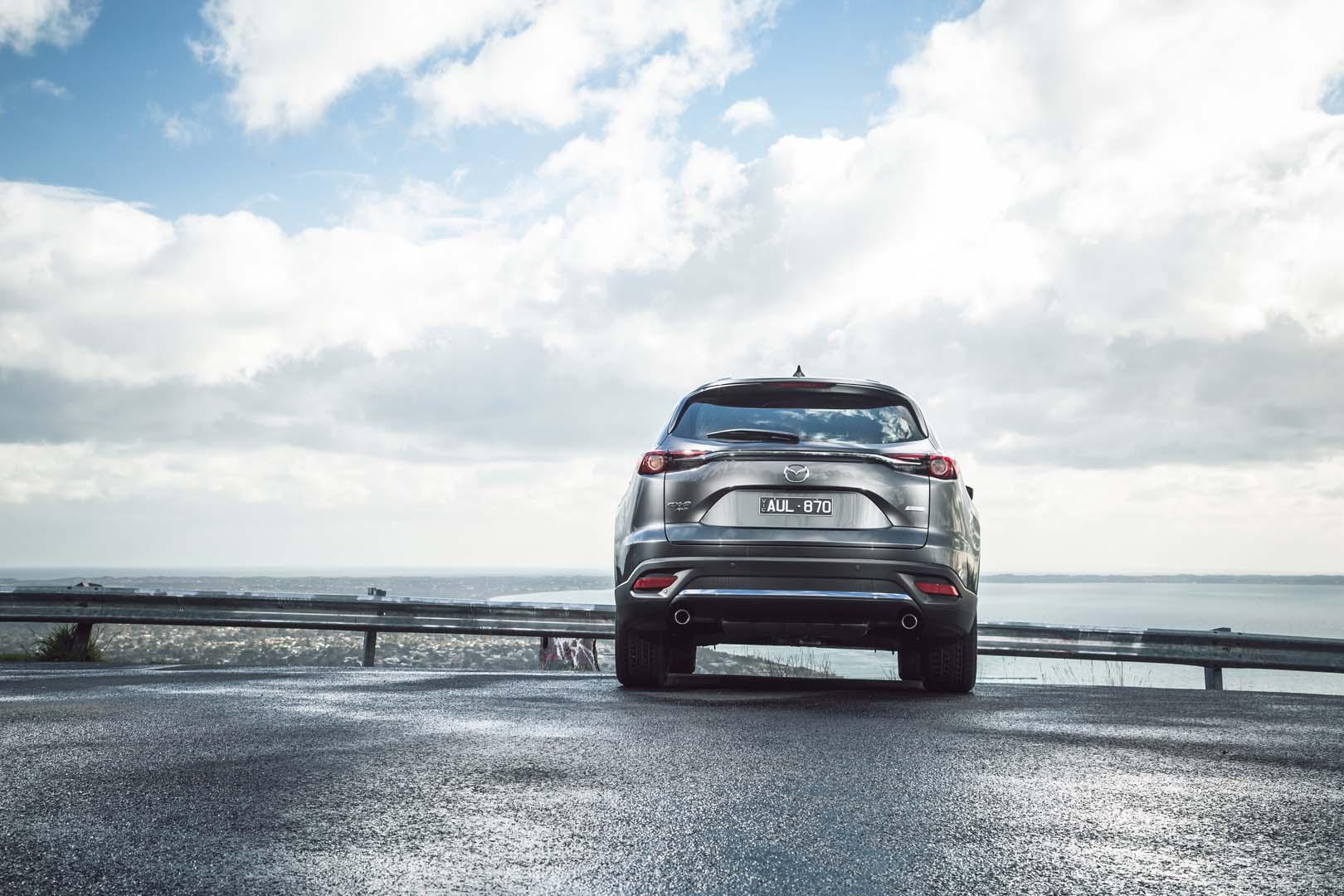 However, it’s a luxury to have so much space and there’s really not much tradeoff for having it. Despite being a large car, and it does have some steep overhangs that take a little time to understand, there’s enough technology to help guide those with only a basic understanding of spatial awareness; parking sensors, a 360-degree Birdseye camera view, blind-spot monitoring, parking sensors that beep when you’re close to an object. And the driver’s seating position is high with a clear view out front; the rear, by comparison, is a little narrow, but usefully the reversing camera is easy to see on the screen even on the brightest day.

And back to that cavernous cabin, which is grand. Sometimes I have to work on my laptop in the car, and diving into the front passenger seat there’s a lot of shoulder and hip room with great leg adjustment and, even with the little one in the back, you can spread out. 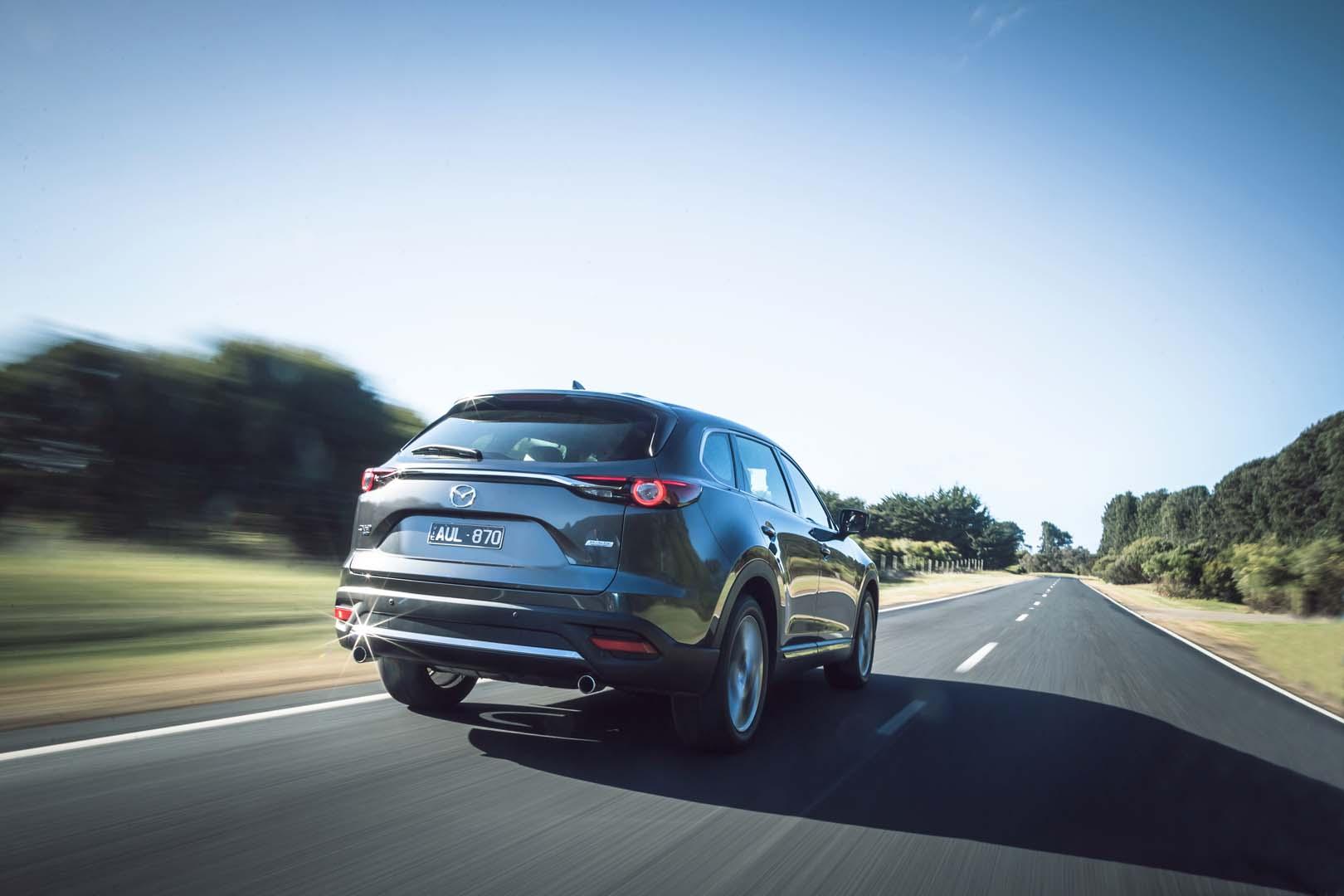 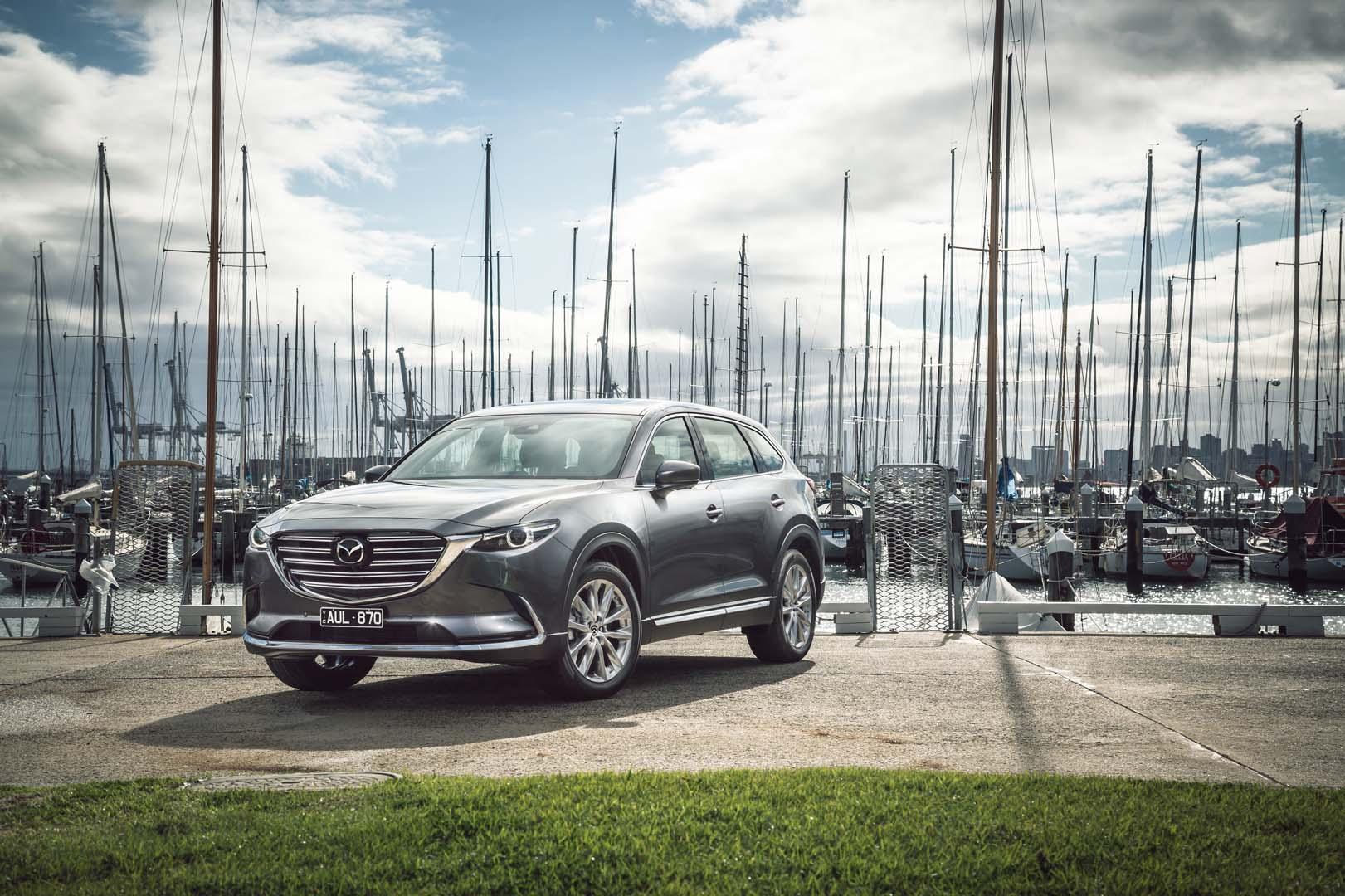 Same for the second row, where the baby seats go. Sometimes we have his mate in the back too and there’s plenty of room for two seats, or for adults, which will appreciate the reclining backrest. Actually, my son is almost ready for a booster, which will work well as the window is low enough for him to look out of and not get bored mulling over Japanese interior door design. And as you should absolutely expect in a new car, there are Isofix anchors for quickly and safely attaching a seat, tucked behind slits so they don’t ruin the decor of the cabin. That ambiance inside is quite premium feeling, mind you, and feels like a good buy for the price of $68,532 plus on-roads which this flagship CX-9 Azami LE costs. It even looks slick outside, cutting a stylish appearance for such a big car despite being years old now.

There’s obviously leather on all seven seats, but it’s softer Nappa hide which extends to touchpoints such as the wide, split-fold centre armrest and door panels. Ours is walnut brown colour, which I find looks stuffy like a boardroom made of mahogany, but the lighter cream trim is very nice. Running between the seats upfront, and across the length of that wide dash, are timber trims. They’re not open pore like in German luxury vehicles, but feel solid and look nice with being gaudy. 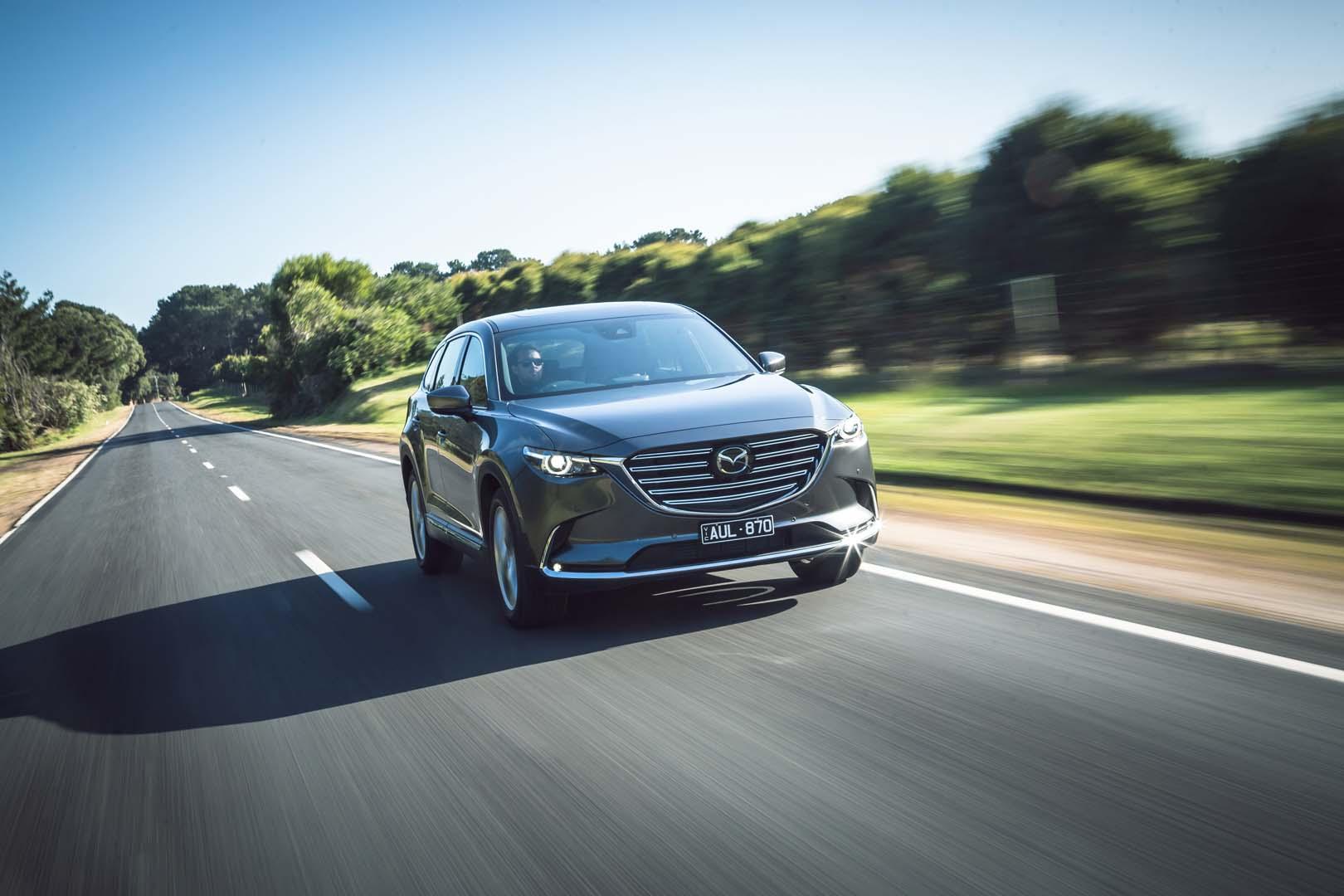 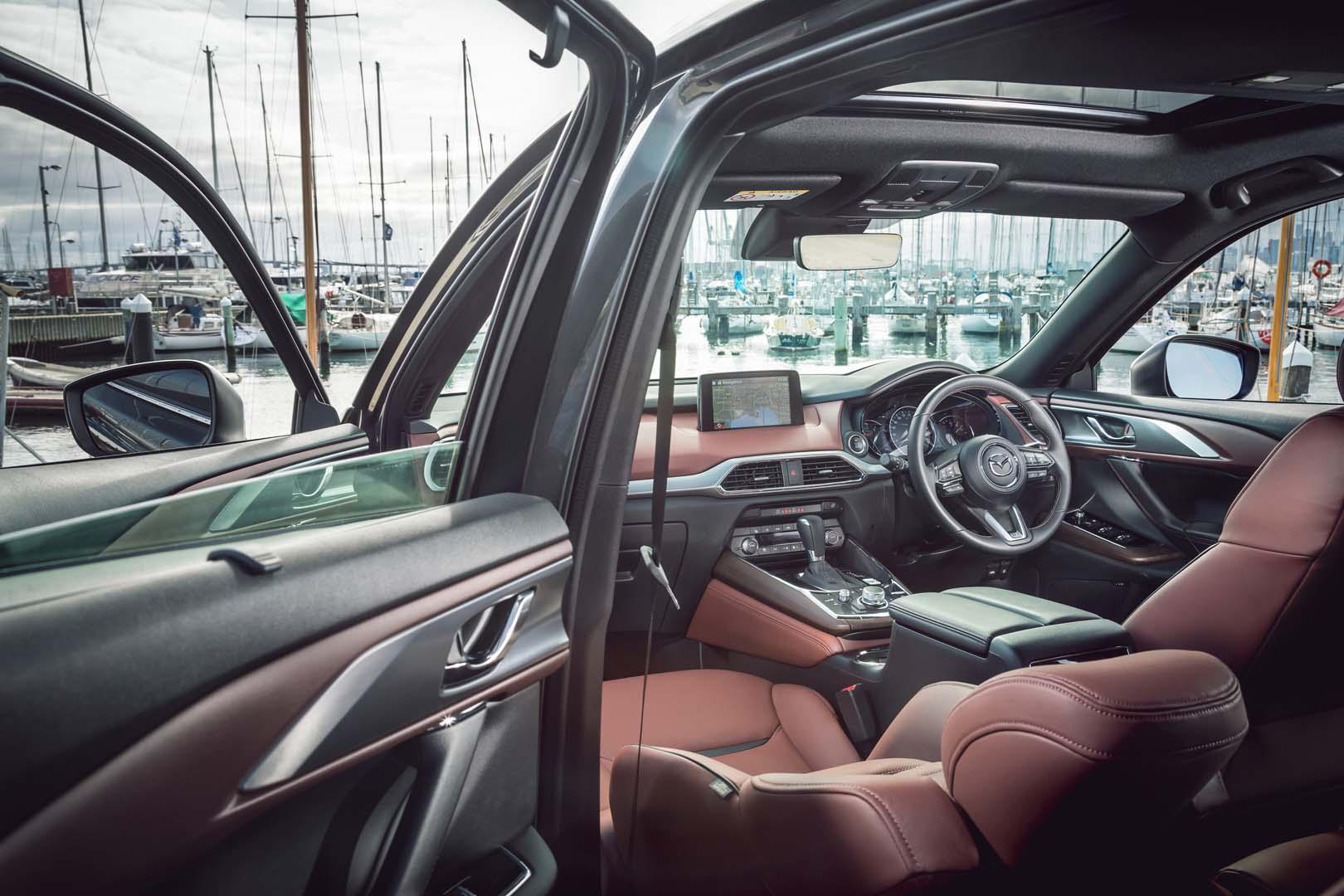 All seats have access to a USB port, and the front two ports connect to the infotainment system so you can connect either Apple CarPlay or Android Auto. A 12v plug is neatly located in the passenger footwell for charging accessories discreetly, though it’s not quite as handy for connecting a dashcam as the cord floats around a little awkwardly.

What else is nice? There’s lots. The front and second-row seats are heated, the fronts are also ventilated and the leather-clad steering wheel warms up on cold days. Multi-zone climate control keeps all areas of the car at a good temperature and the automatic climate setting actually works – not all cars pick the right temperature and fan speed. The cup holders are good as well, with the two front holes securing most small and big drink sizes, while the door pockets come in for duty when you have a one-plus litre bottle to hold, along with a mobile, wallet and all of those bits and pieces your kid doesn’t want halfway through a journey. Oh, and even the instrument dials, which are not graphics on a fancy digital display, look nice. 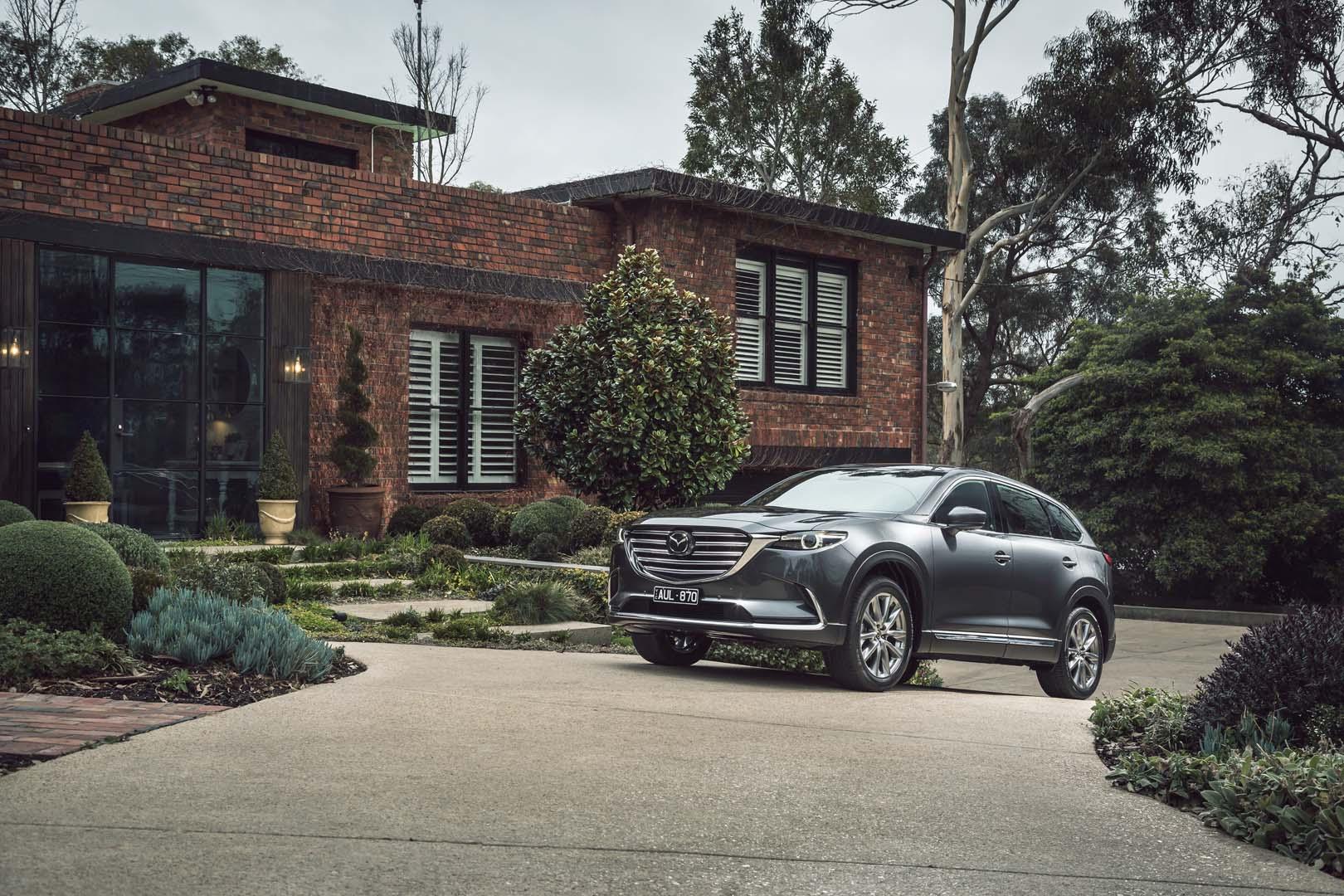 That leaves the infotainment system, which is 8.0-inches across and looks a touch small and outdated. It has the aforementioned CarPlay and Auto which bring it up to the latest connectivity standard but the graphics are a little unresolved for menus and camera vision (excepting brightness) compared to newer units. Just as well then that 2020 CX-9 models are being updated to a new 9.0-inch unit, which we will review in a further installment, along with looking at other small changes that likely won’t make or break your decision to buy a cut-price outgoing model with the 8.0-inch screen, because everything else is otherwise similarly the same.

That includes the boot, perhaps the last and most crucial measurement in the car, which is a smallish 230-litres with all seats up. It’s enough for shopping or schools bags piled up, but not for a city stroller pram. However, pull a tab to fold the seats down and you get a big 810L that’s awesome for hauling some serious gear. We filled it to the brim on a getaway to see just how much stuff we could fit and there was enough for several nights away, including some big suitcases, an eski, food, and games, and we hadn’t even touched the seats in the middle row. 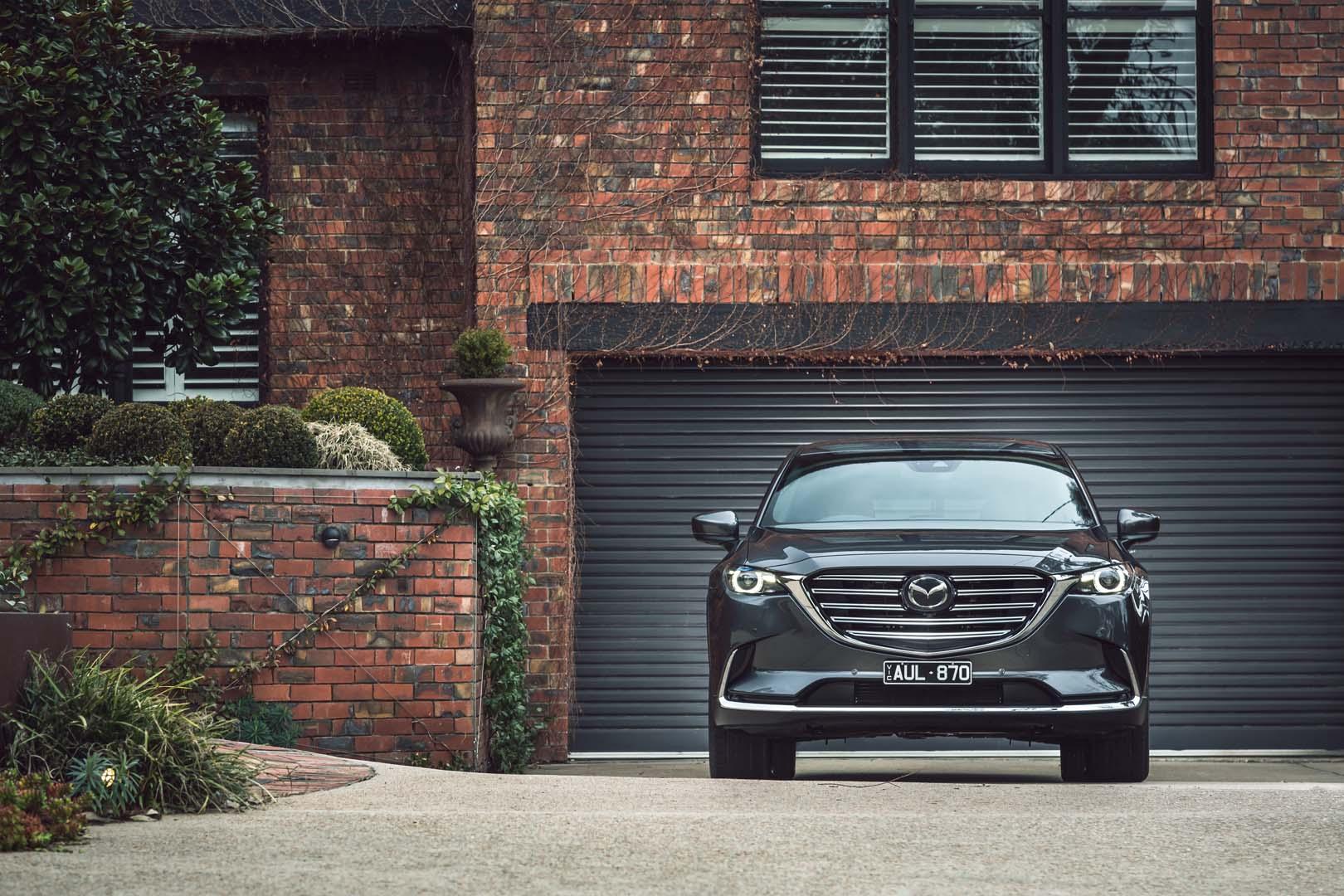 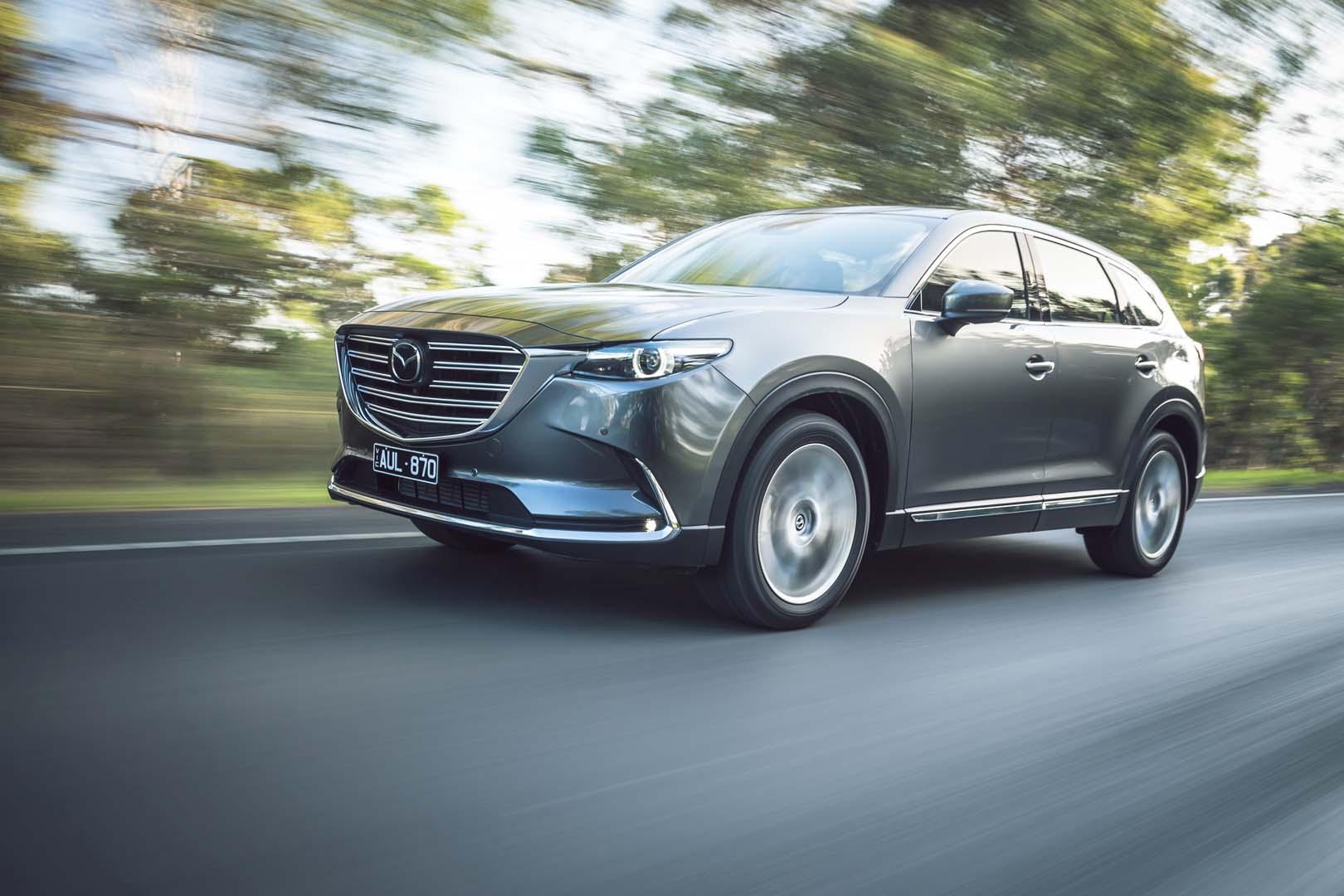 I’ll admit, compared to a wagon, that sort of space and practicality is brilliant, and compared to many other SUVs it’s triumphant too. And with a rorty 2.5-litre turbo petrol engine upfront, there’s no compromise on performance…which we’ll talk about next time. 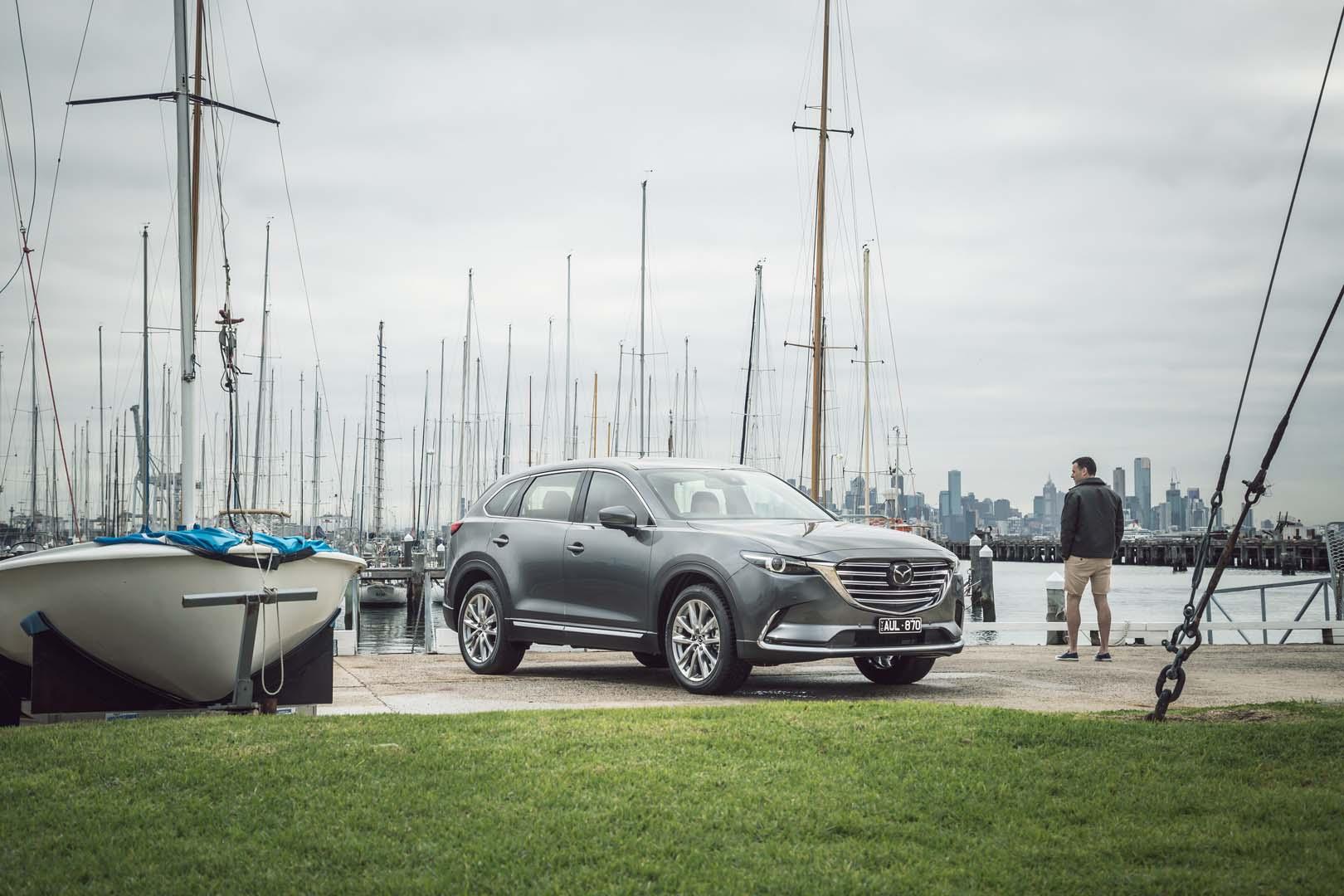 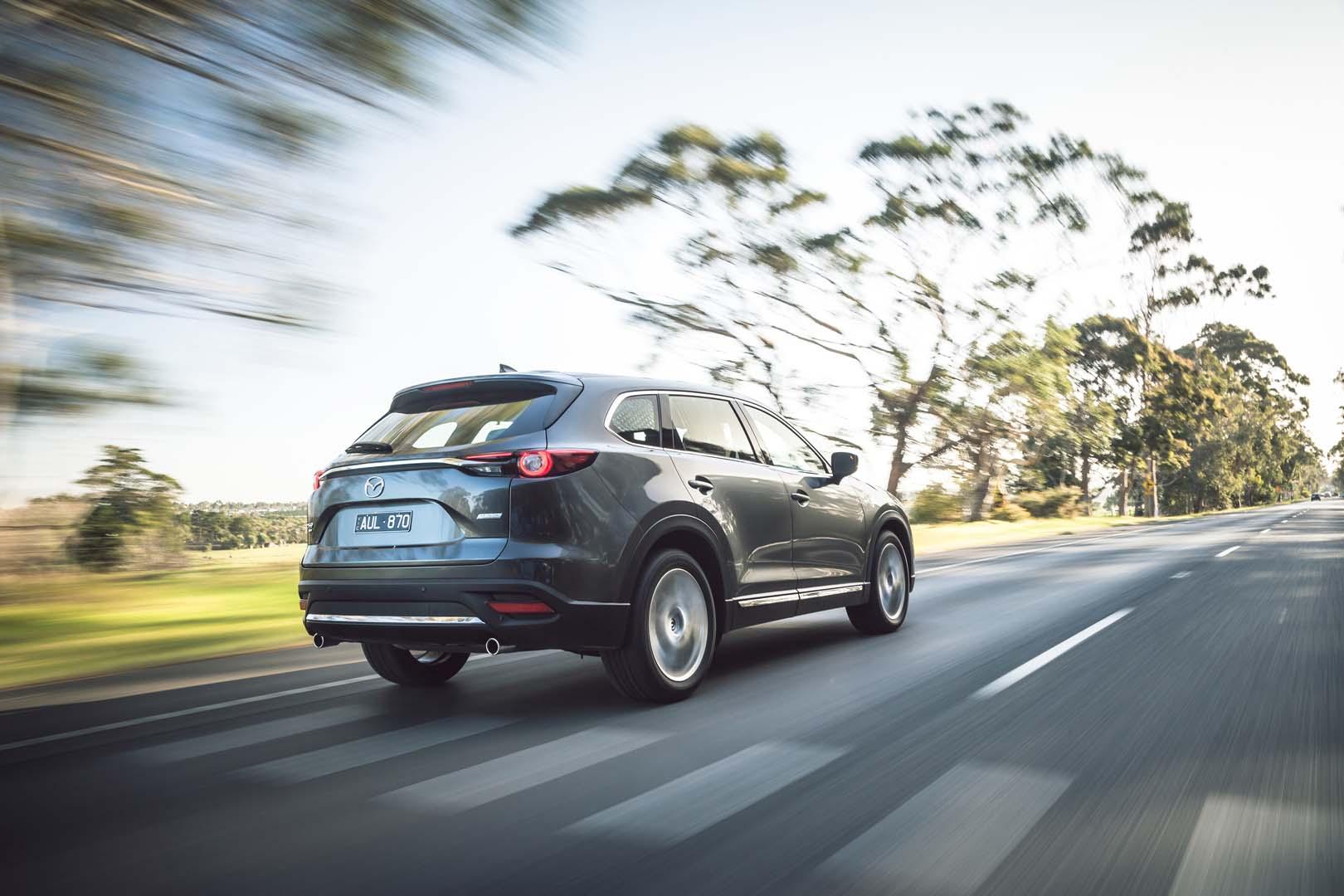 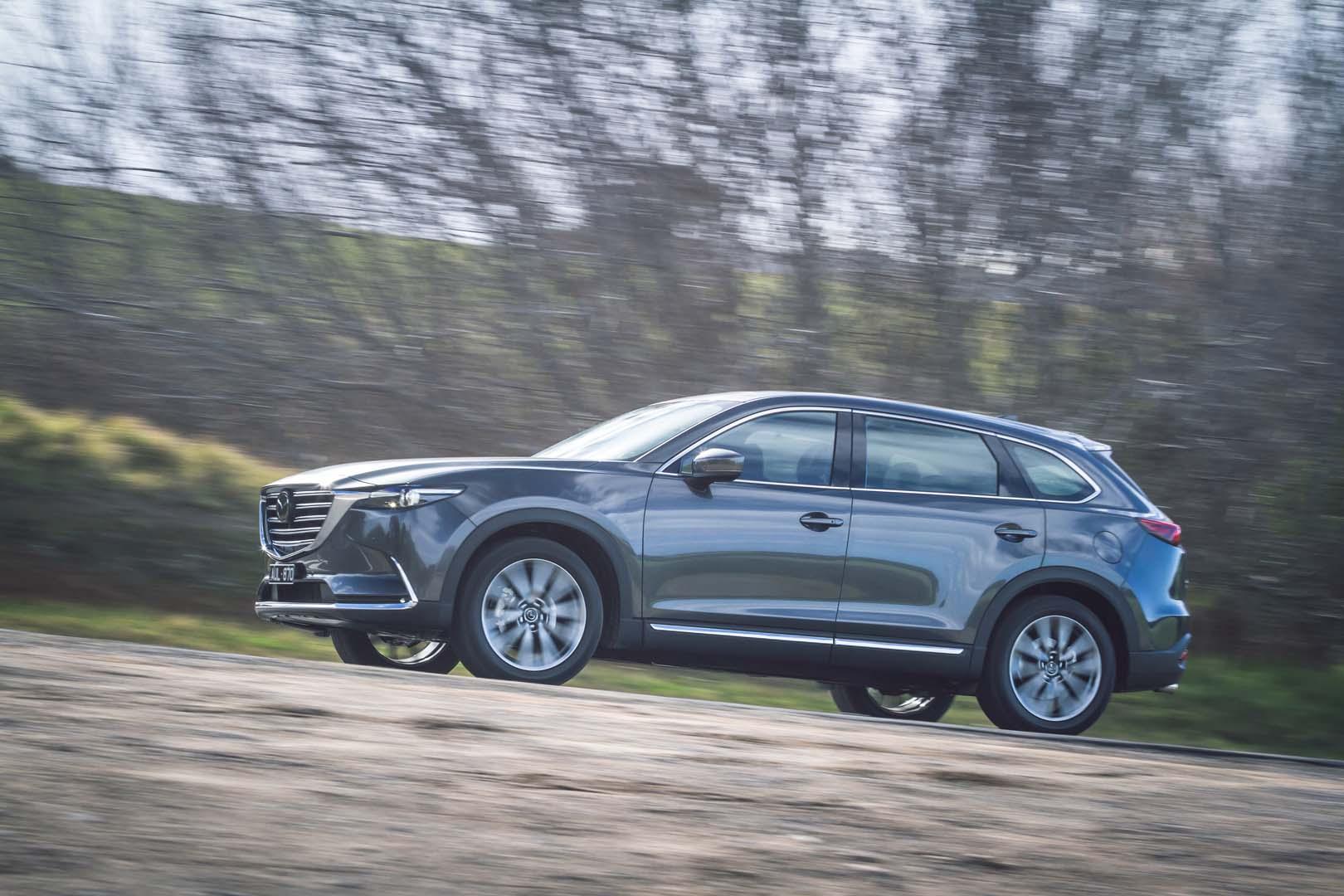 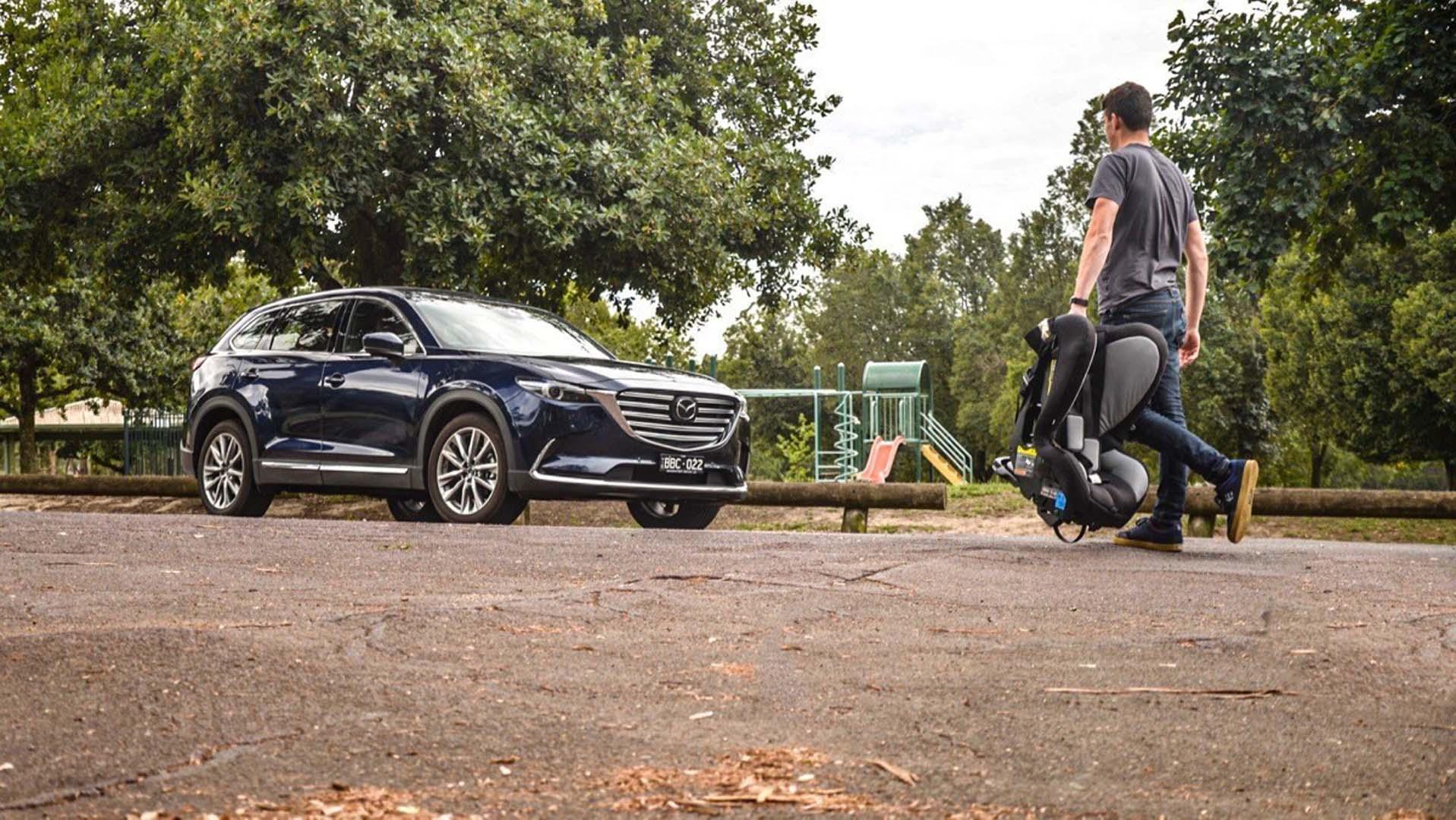