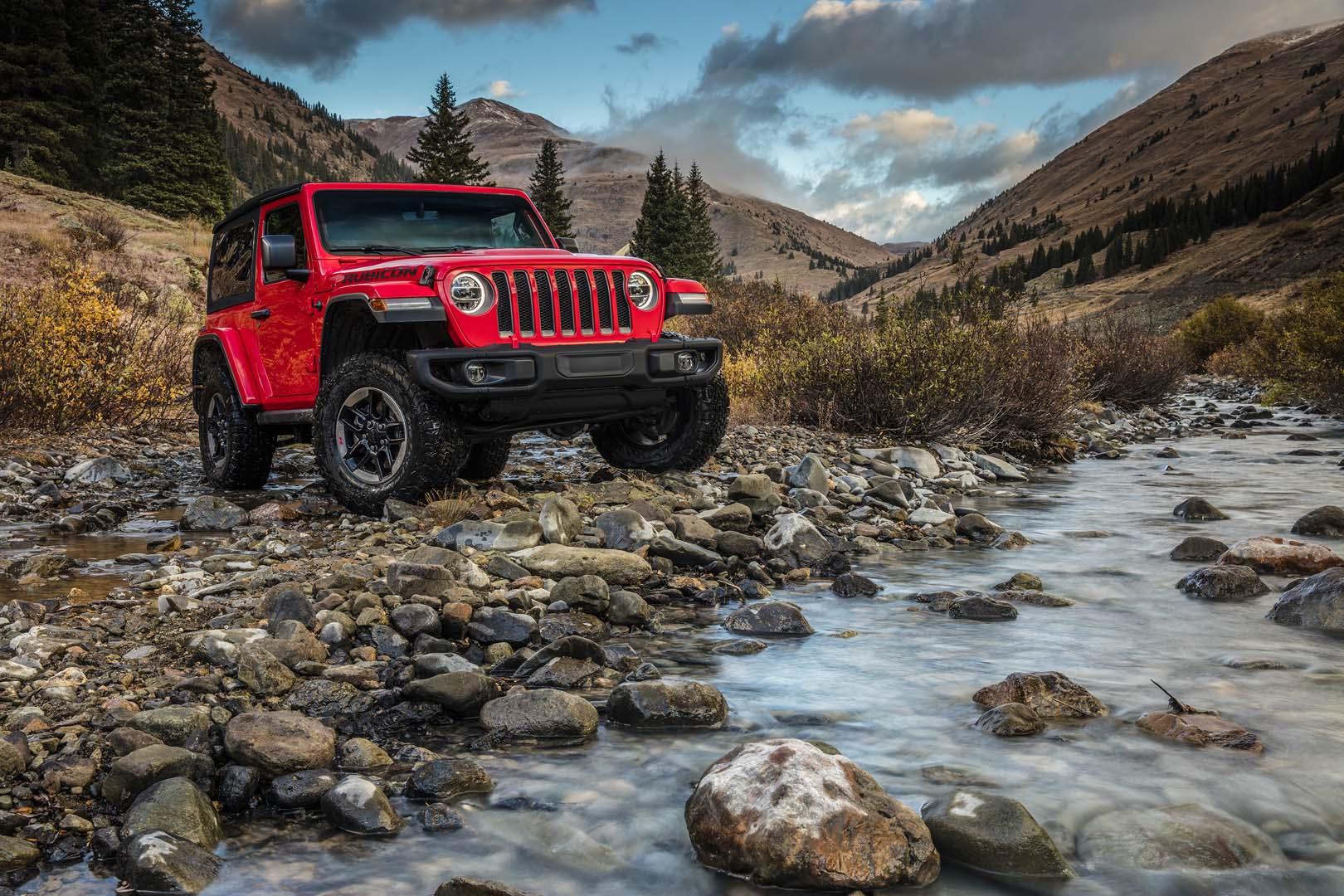 Jeep’s new Wrangler is due to reach Australian shores shortly, with Jeep Australia announcing the first units in the ‘JL’ series will be arriving were in April.

Three spec levels will be available, starting with the entry-level Sport S, rising through Overland, with Rubicon as the top variant. The Sport S and Overland will be available in 2-door and 4-door body styles, but the new Wrangler Rubicon is 4-door only.

A 3.6-litre Chrysler ‘Pentastar’ petrol V6 engine will be standard across the range, but the Trail Rated Rubicon will also be available with a 2.2-litre ‘MultiJet II’ turbo diesel. An 8-speed auto transmission is common to all spec levels, with no manual gearbox offered.

A Rock-Trac four-wheel drive system is another element exclusive to the Rubicon, while Selec-Trac 4WD is standard on the other variants.

“The new JL Wrangler range offers something for everyone; whether customers are looking for the fully loaded all-new Sport S, the refined yet rugged Overland model or the Rubicon variant for the ultimate off-roader,” said Guillaume Drelon, Head of Jeep Brand at FCA Australia.

In addition to the new turbo-diesel engine, the new JL Wrangler also features a high level of driver assistance and safety tech, as well as what FCA Australia says is significantly improved on-road dynamics, which have been achieved through changes like a minor (65mm) increase in the wheelbase and new electro-hydraulic steering system, as well as reduced weight – up to 90kg depending on model grade and body style.

That being said, the new Wrangler retains its “traditional” virtues like a tough body-on-frame design and live axles at each end.

“The all-new Wrangler may have evolved, but its core DNA remains unchanged, making this the most capable production SUV on the planet,” Drelon added.

From launch, a range of 130 exclusive Mopar accessories will also be available for new Wrangler owners to personalise their vehicles. 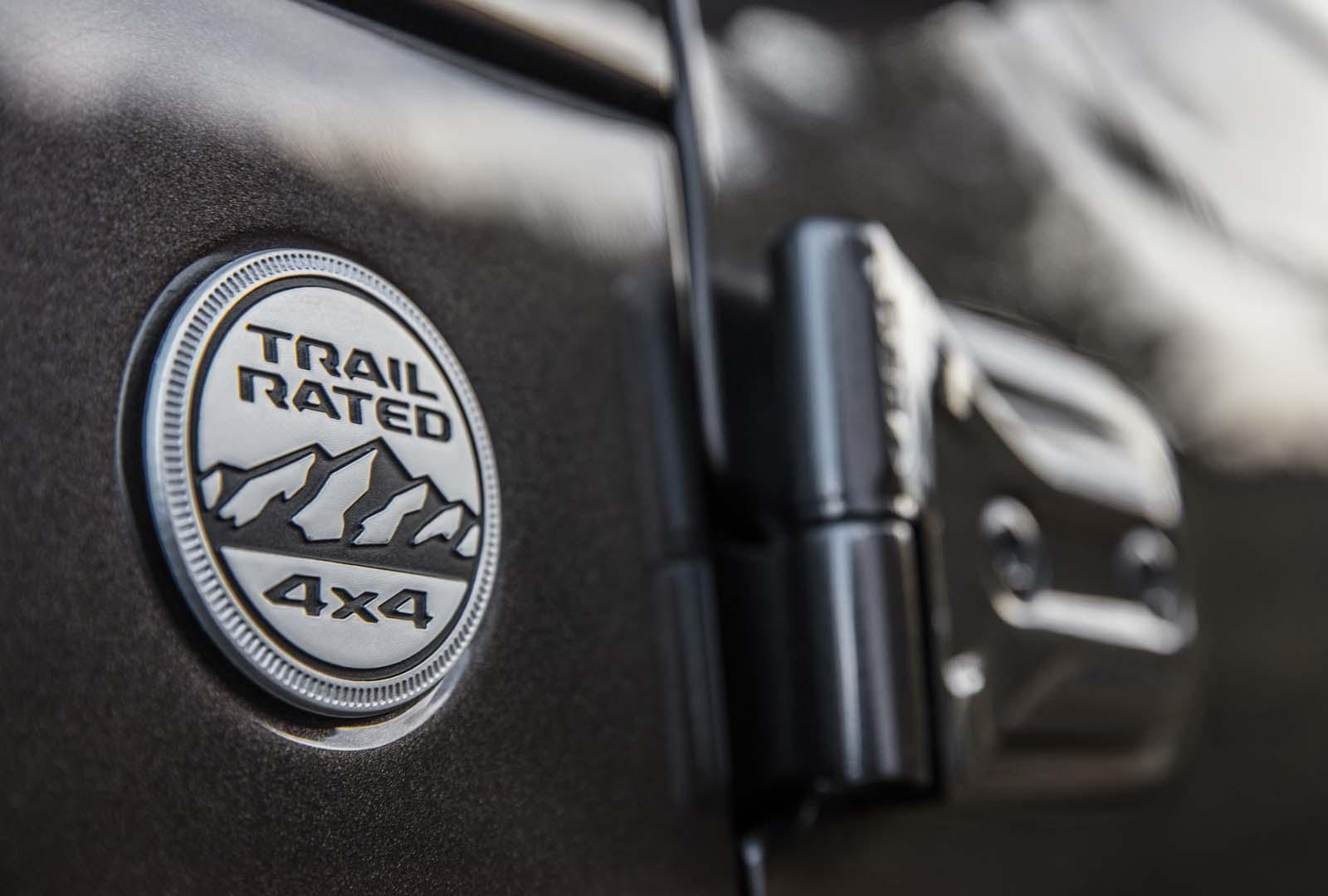 Jeep claims combined fuel economy improvements of 13 per cent for the new Wrangler, which translates to listed figures of 9.6lt/100km for the 2-door Sport S and 10.3lt/100km for the 4-door version (combined cycle); noticably better than the low-to-mid 11.0lt/100km range of the old JK Wrangler.

Listed maximum towing capacity (braked) is 1,497kg for the 2-door Sport S and 2,495kg for the 4-door version – also an improvement on the JK Wrangler. 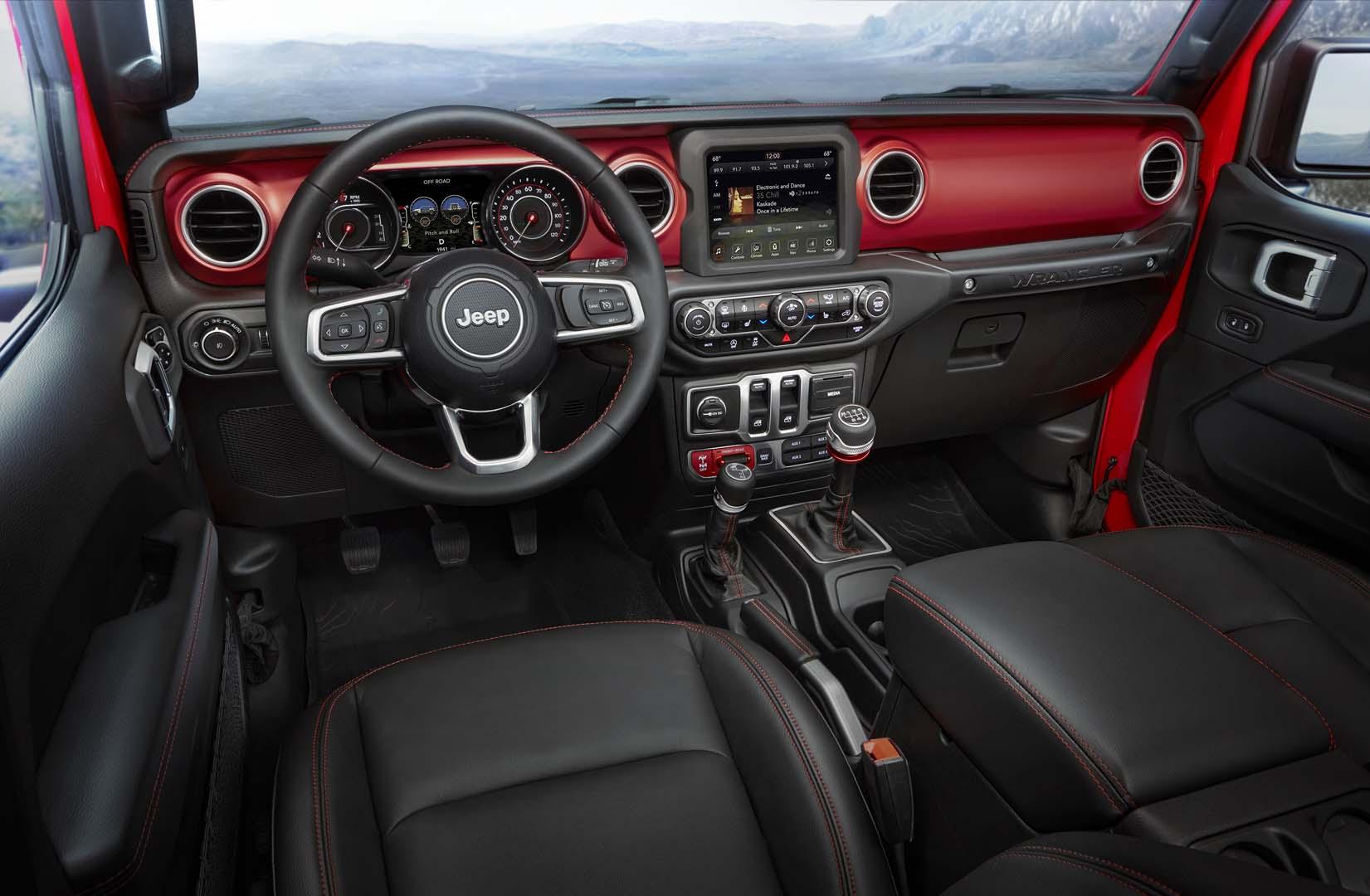 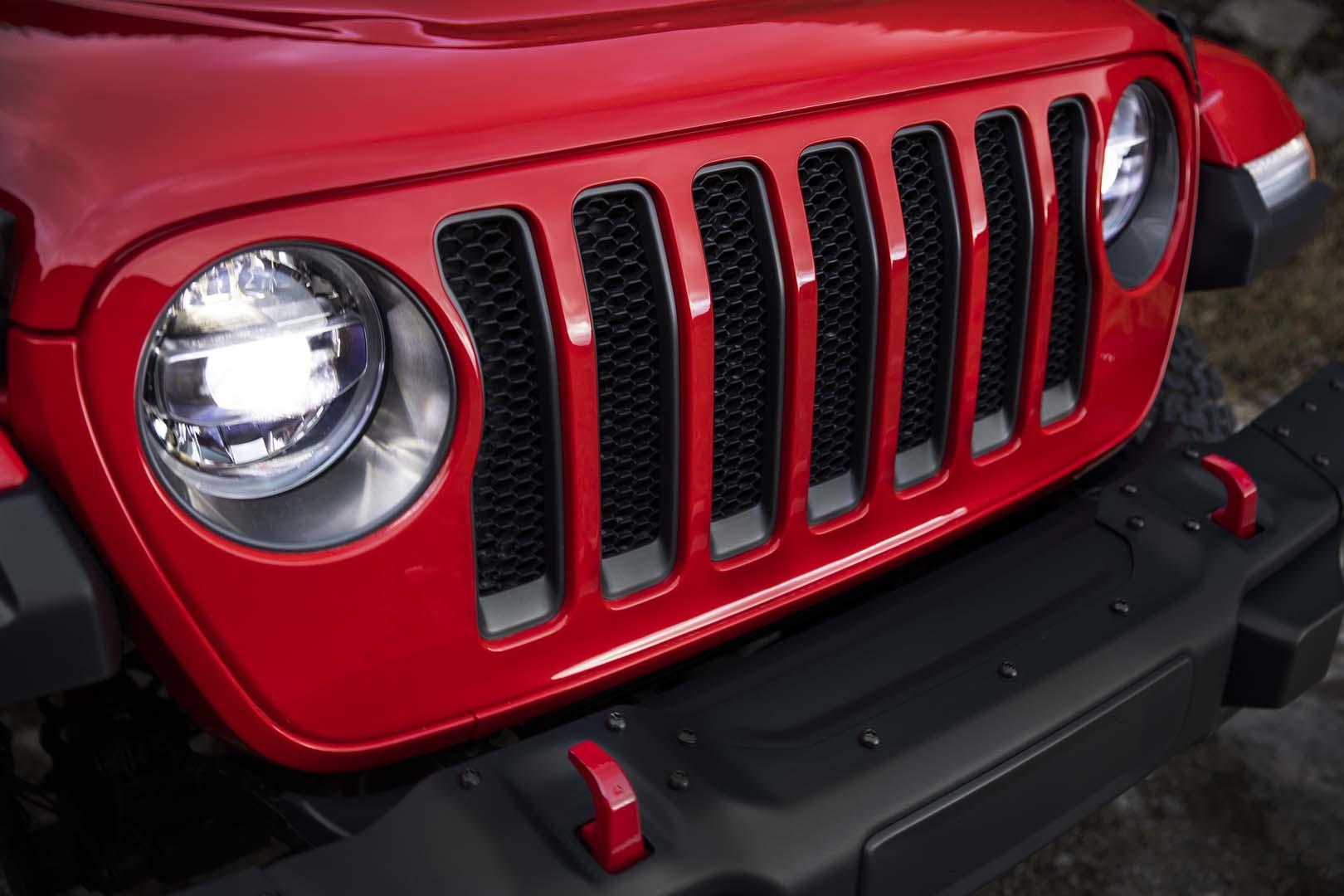 Mechanically, the Overland is unchanged from the Sport S, with the same 3.6 petrol V6 and 8-speed auto drivetrain, as well as the Selec-Trac dual-range 4WD system.

Described as more refined and more of a “road” Wrangler, the Overland ups the wheel size to 18 inches and adds full LED lighting (headlights, tail lights, indicators) and a body-coloured removable hardtop. Leather trimmed seats feature inside, along with a 230V outlet.

Sat nav is standard, along with a 9-speaker Alpine premium sound system and dual zone climate control, while the Uconnect screen is upgraded to 8.4 inches.

Economy and braked towing capacity for the Overland is the same as the Sport S. 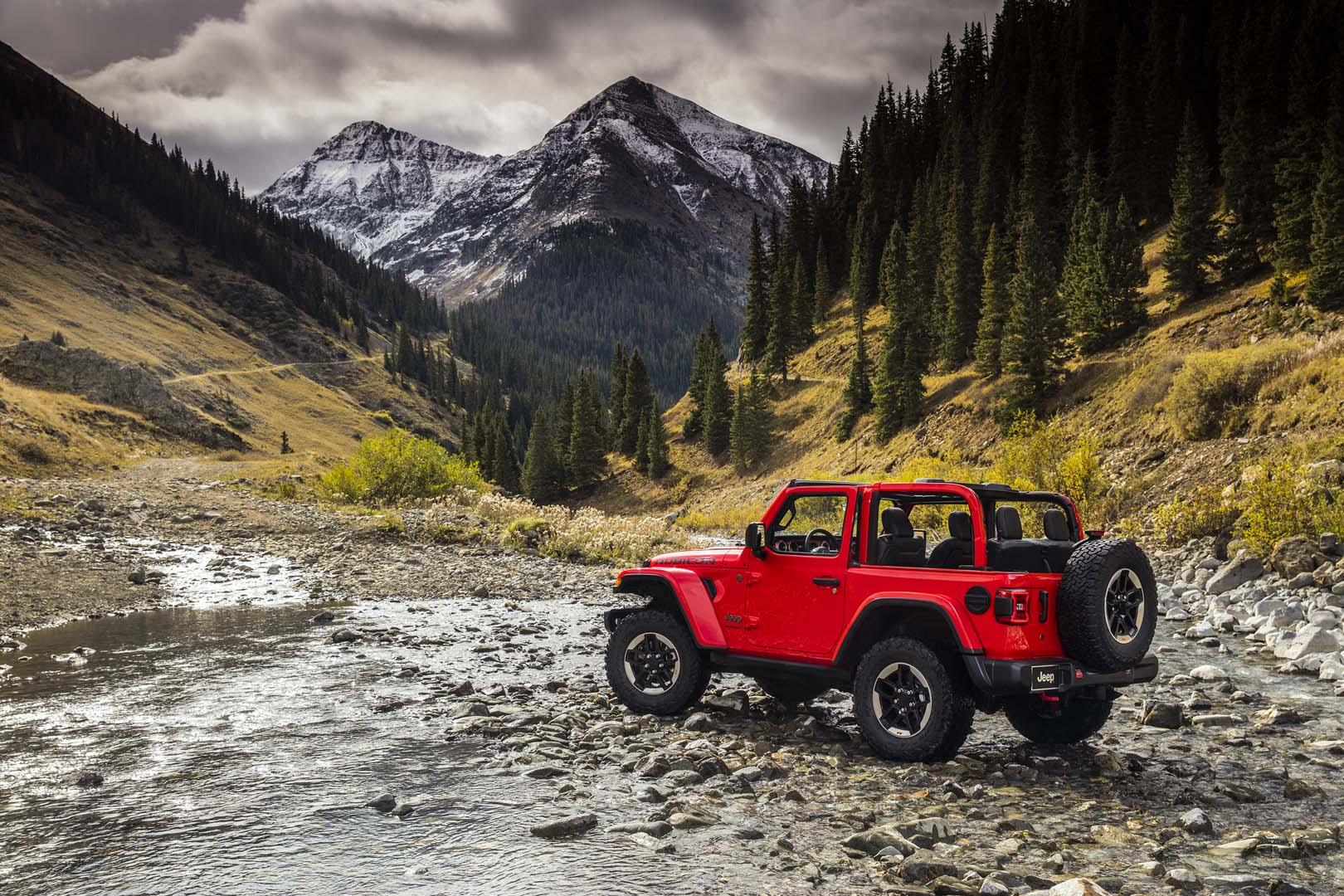 The serious off-roader in the new Wrangler range, the Rubicon is available with the aforementioned choice of two engines, with the 8-speed auto and Rock-Trac 4WD system standard for both.

Towing capacity for the 4-door-only Wrangler Rubicon is the same as the other grades, at 2,495kg.

The Rubicon is identified by that wheel and tyre package, as well as rock sliders with steps, deep-tinted glass, a black removable hard top, black wheelarch flares, Rubicon decals on the bonnet and Trail Rated badging.

Inside, premium cloth buckets seats are standard, but these can be upgraded to leather.

Most of the Rubicon’s in-cabin features and tech specs are the same as the Overland, including the Uconnect upgrade, but Active Noise Control has been added to the audio system for the turbo-diesel.

The addition of ‘Off Road Pages’ allow the driver to view their vehicle’s pitch and roll angles, steering angle and drivetrain power distribution, as well as other features like GPS co-ordinates and even altitude on the Uconnect screen in real time.

Last year, Jeep came under fire for offering Off Road Pages for US Market JL Wranglers, then pulling the feature, but it has returned for MY19 Wranglers, which is the version Australia is receiving. 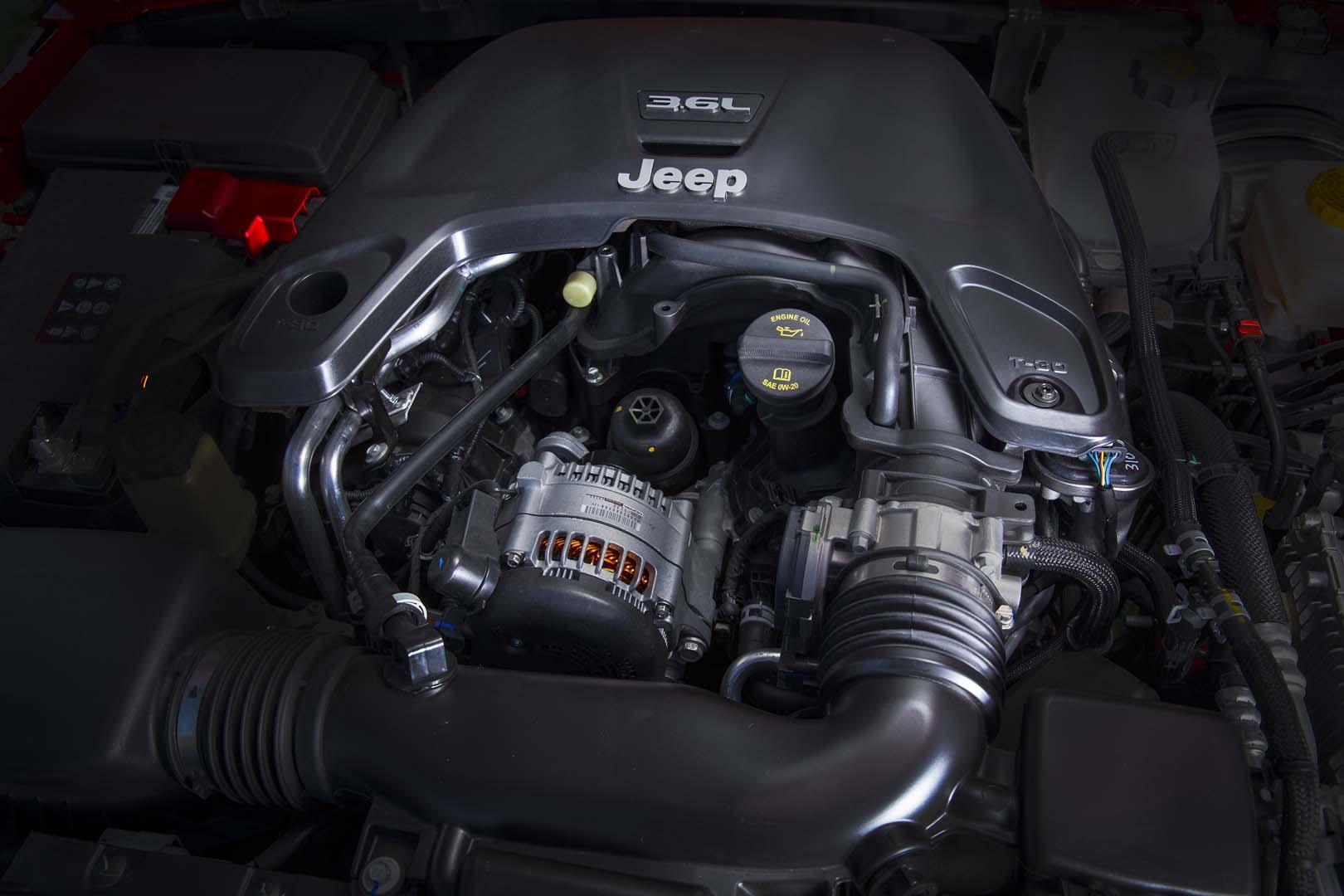 The king of the new Wranglers when it comes to off-road prowess, the Wrangler Rubicon is only bettered by the other Wrangler variants in one or two stats.

A 760mm wading depth, 34.8-degree approach and 29.2-degree departure angle is common to all JL Wrangler variants, but the Rubicon’s breakover angle of 20.8 degrees is bettered by the 2-door versions of the Sport S and Overland, which are listed at 23.9 and 26.2 degrees, respectively. 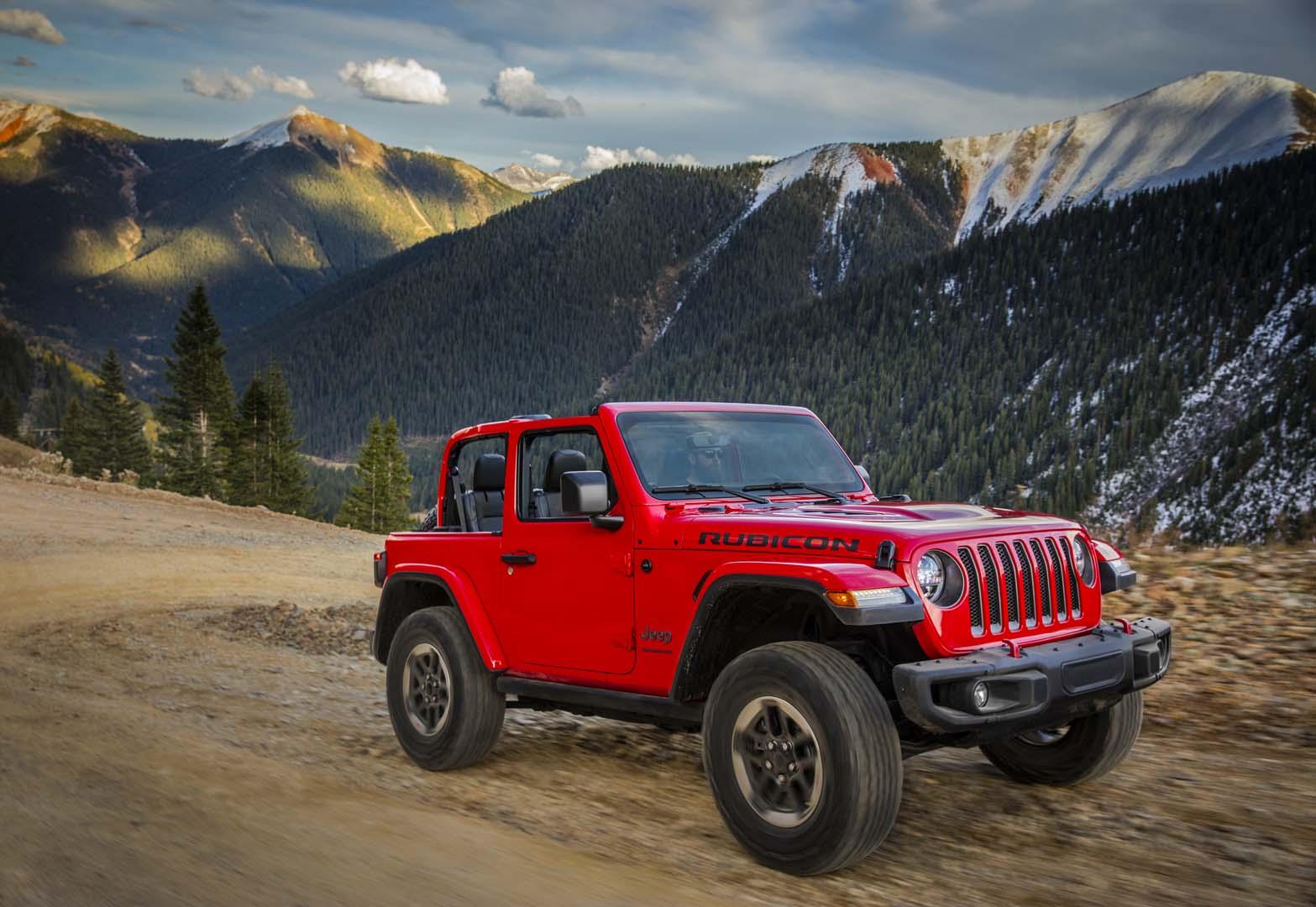