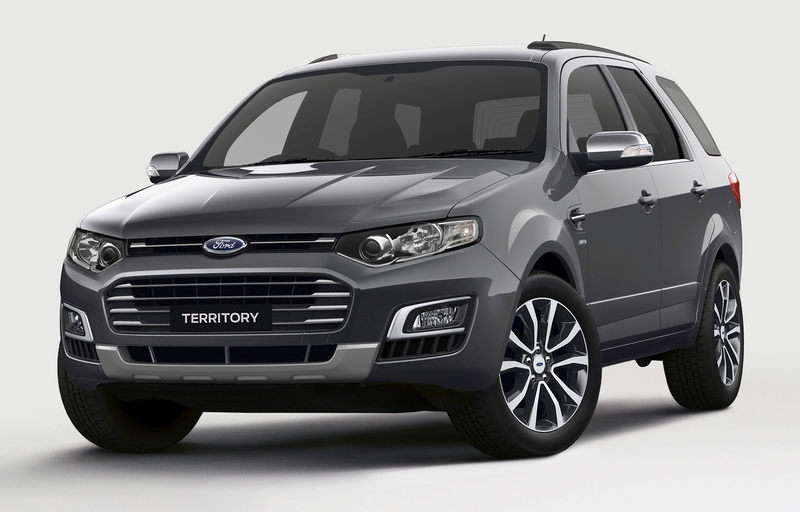 Following on from the unveiling of the XR8 and XR6 Falcons last week, the freshened Territory also features an exterior design that brings it into harmony with the rest of the Ford product range - both those here and the ones on their way.

"For 2014 the Territory gains a more robust, yet refined design and you won't mistake it for anything else but a Territory," Ford Australia Exterior Design Manager, Nima Nourian said.

"Visually the surfacing is more architectural and achieves a very cohesive and sophisticated look."

Since its launch in 2004, the Territory has been one of Ford's best sellers, with more than 155,000 units sold, and peak sales of 23,454 in 2005. Since then, it has failed to reach those heights, but has still outsold the Falcon in recent years.

The revamped Ford Territory is expected to go on sale in December, with pricing and full specifications to be revealed closer to launch.