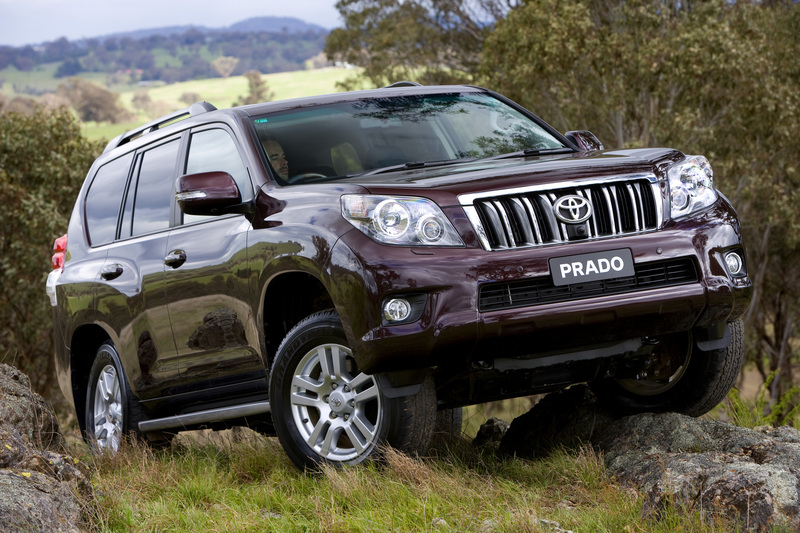 "LandCruiser Prado is the only vehicle in its segment to reach the 'double ton' of 200,000 sales," Callachor said.

"This month, we have passed the 200,000 mark, although it is impossible to determine the exact date, the specific vehicle or the customer."

It took Toyota just over 10 years to reach 100,000 Prado sales and only seven more years to double the tally. In the past decade, customers bought an average of more than 14,600 a year - making Prado a significant contributor during a period in which Toyota has been the overall market leader.

Callachor said milestones were not a focus, but a measure of how well Toyota and its dealers provided customers with quality vehicles and service.

"We are grateful for the loyalty shown by such a large number of Australians from all walks of life who continue to put their faith in Toyota, our dealer network and LandCruiser Prado," he said.

Higher-specified GXL, premium VX and top-of-the-range Kakadu variants are all seven-seaters with the choice of the turbo-diesel engine or a 4.0-litre petrol engine with intelligent variable valve timing on both the inlet and exhaust ports.

GX and GXL customers can specify a six-speed manual gearbox or a five-speed sequential-shift automatic transmission. VX and Kakadu are automatics.

The three-door sports-wagon variants are offered in SX and ZR grades with the turbo-diesel engine, automatic transmission and five seats.

LandCruiser Prado is covered by Toyota Service Advantage capped-price servicing at $210 per service #.

# Maximum payable for standard scheduled logbook servicing (normal operating conditions) until first of 3 years or 60,000km (whichever occurs first) (up to the first 6 services). Excludes government & rental vehicles. Contact your Toyota dealer or go to toyota.com.au/advantage for other exclusions, eligibility and full details.