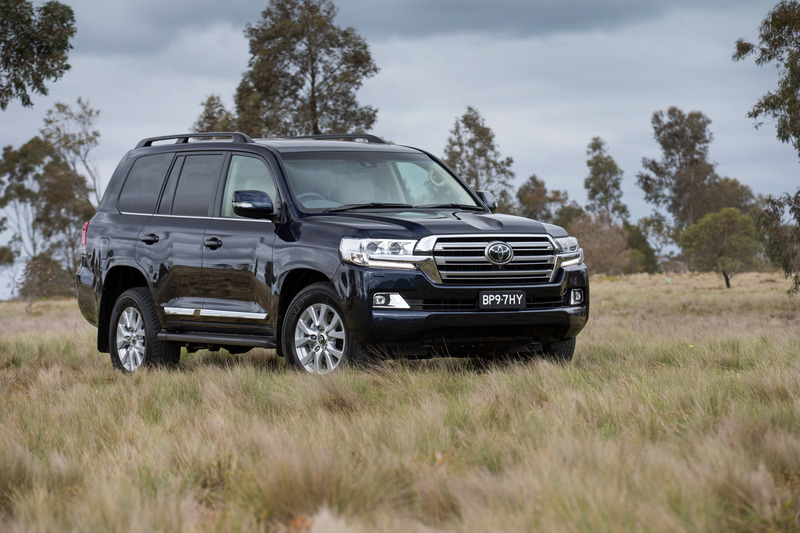 The 4WD legend's two powerful V8 engines have been revised, resulting in more power for the twin-turbo diesel and achieving better fuel consumption and tighter Euro 5 emissions for both it and the petrol alternative.Exterior sheet metal takes on a more modern and aggressive edge as part of the changes, while the interior has been revamped with soft-touch surfaces, revised instruments and controls and other refinements.

At the top of the LandCruiser 200 range, the Sahara expands its luxury reputation with air-conditioned seats and a package of advanced safety features including the ability to help prevent or reduce the severity of a collision.The announcements for Toyota's "king off the road" are the latest in a series of comprehensive renewals within the company's 4WD range with an updated Prado due within weeks followed in October by the arrival of a new-generation HiLux and an all-new seven-seat SUV, Fortuner.More than any other vehicle, LandCruiser has enabled Toyota to establish its foothold in the world's markets.In Australia, it continues as the undisputed king of its segment with sales up more than 4.3 per cent this year and a share of better than 83 per cent.With the latest updates, LandCruiser's improved 4.5-litre twin-turbo diesel engine gains new injectors, revised mapping and a diesel particulate filter (DPF) fitted with a guard to protect it over rough roads.The changes have increased the power output of the common-rail diesel by 5kW or 2.5 per cent to 200kW while peak torque remains a thumping 650Nm.

Fuel economy and emissions improve by around eight per cent with combined-cycle consumption slipping into single figures at 9.5 litres/100km*, also bringing compliance with Euro 5 emissions regulations.For the 4.6-litre petrol V8 engine, the air-injection system has been adapted to reduce emissions by inducing secondary air through the exhaust ports for faster catalyst warm-up from a cold start.With variable valve timing on both the inlet and exhaust ports, the petrol engine maintains its peak outputs of 227kW and 439Nm.Fuel economy has improved on all measures and the engine also achieves Euro 5 compatibility.

Substantial cosmetic changes are centred on a new front mask with a more modern design achieved by restyling the grille, headlamps, bumper, fenders and bonnet.The new grille, with a hexagonal frame and triple horizontal bars, has a more aggressive and prominent look. This is accentuated by subtle scooping in the centre of the bonnet flanked by pronounced convex shapes that extend to the front of the vehicle. Its three-dimensional look is completed by headlamps and front corners of the vehicle that are set back from the grille.Bars from the grille frame are integrated strongly with the new projector-style headlamps, giving them a thinner appearance that further accentuates the grille. The rearward placement of the headlights also affords them greater protection in off-road driving. The lower grille is wider, extending to the foglamp area which is also set back to help prevent damage.Side protection mouldings and door handles have been revised while the rear makeover includes a new bumper, upper tailgate panel, combination lamps, reflectors and mudguards.

In keeping with the front design theme, the tailgate is now fitted with a more prominent panel between the restyled combination lamps. The wider licence-plate garnish extends into the lamps to emphasise width while unifying the rear design.Two new colours, Copper Brown and Onyx Blue, are available on all grades except GX, bringing the total palette to 10 colours.Inside, soft padding has been adopted for areas that directly contact occupants' limbs and support their bodies with special attention paid to the thickness of materials and the treatment of edges.Switches and displays for audio, air-conditioning and driver-related functions have been consolidated into logical groupings while dials and switches have been reshaped to make them easier to use.The centre cluster gains a storage area and a 12V outlet for all grades plus a wireless charger for Sahara. VX and Sahara grades adopt a newly designed Optitron instrument cluster with 4.2-inch thin-film transistor colour Multi Information Display. The two upper grades are also fitted with a new Electro Multi Vision and Navigation^ unit with a larger nine-inch display screen (was 8 inch) for improved visibility.

The LandCruiser line-up remains diesel-only GX, followed by petrol or diesel GXL, VX and Sahara, all driven through an electronically controlled six-speed automatic transmission. GX is trimmed with grey fabric and GXL with grey or beige fabric while VX and Sahara offer the choice of black or beige for their leather-accented interiors. GX is a 5-seater, diesel VX and Sahara are 7-seater and all other grades have eight seats.Range-topping Sahara's advanced safety features have been expanded to include a radar and front camera as well as other sensors used to detect and monitor other road users and lane markings.A new Pre-Collision Safety System# can warn the driver of a possible collision and automatically apply the brakes. Lane Departure Alert# is designed to help avoid collisions by warning the driver if the vehicle is about to move unintentionally across lanes without using the turn signals.Dynamic Radar Cruise Control# has been fitted to help the driver keep a safe distance from the car in front. It also monitors vehicles merging into or out of the lane ahead to support smooth acceleration and deceleration.

Automatic High Beam# detects the headlights of oncoming vehicles and the taillights of preceding vehicles, switching automatically between high and low beam to avoid dazzling other drivers. More frequent use of high beam also helps with earlier detection of pedestrians and obstacles.

More details about the changes to LandCruiser 200 will be announced at launch timing in October. 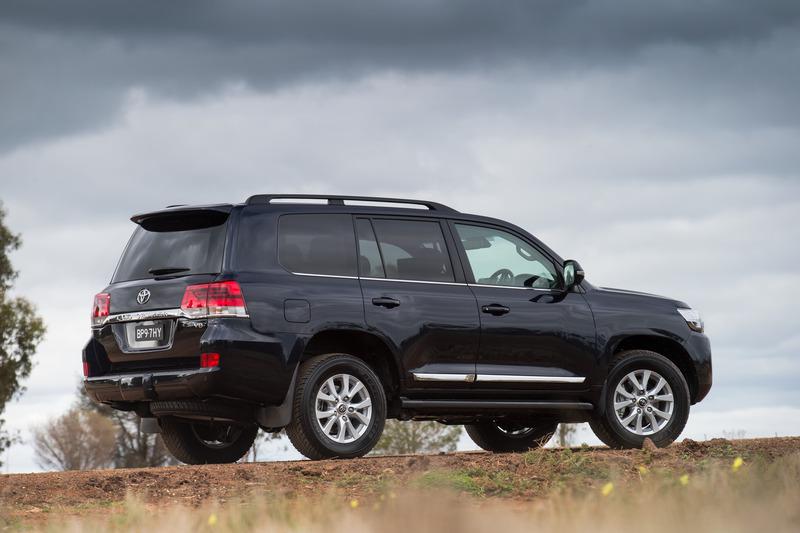 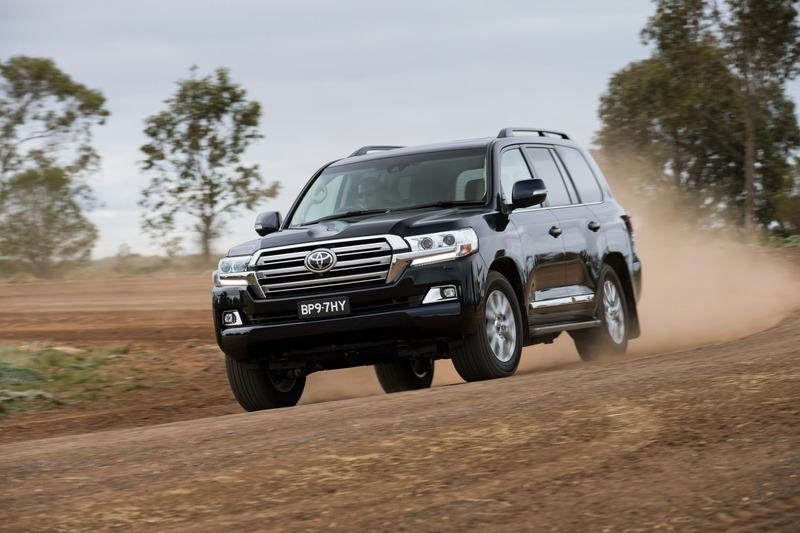 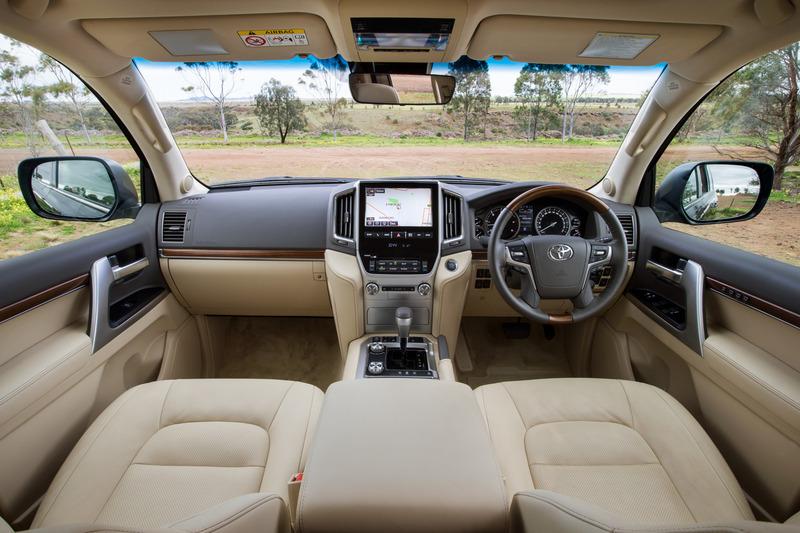 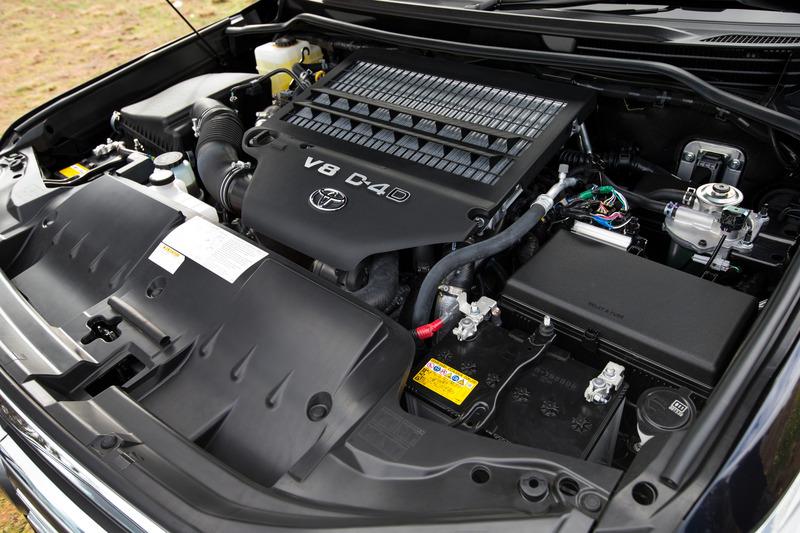