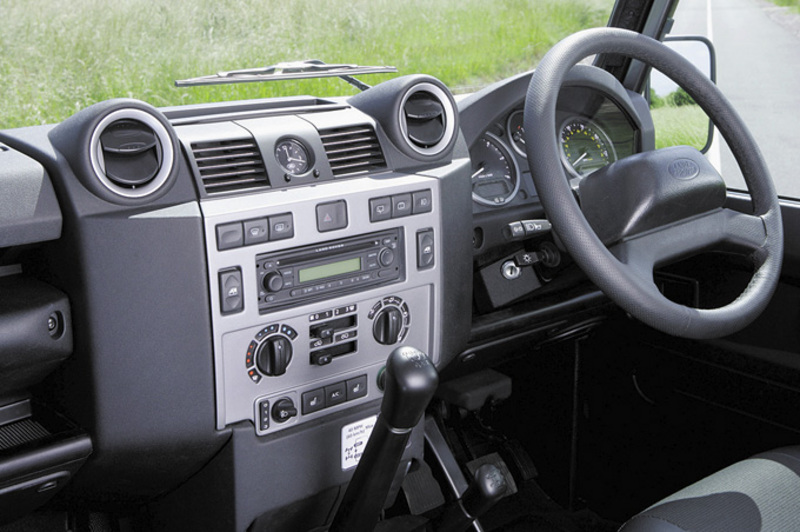 Yes, Land Rover also have several models that are at the cutting edge of automotive innovation, yet they continue to produce a vehicle that has only changed marginally in its 59 year history. In many respects that is the beauty of the Defender. It is a basic four wheeler that has more in keeping with the past that the present, yet to the chagrin of its more well heeled competitors, remains one of the most competent vehicles available when it comes to genuine four wheeling. Remaining true to its origins the latest Defender gains a modern 2.4-litre common rail diesel engine that has a higher torque output right across the usable rev range, with the 360Nm arrived at 200rpm.

There is a new six-speed manual gearbox that features a wider ratio spread for better off road and cruising abilities. The lower first gear offers a reduction in crawl speed and combines with the engine's increased torque output to make towing on-road and off-road even easier. The increased engine torque also helps in-gear acceleration, and has allowed the new sixth gear to be set 20 percent higher than the outgoing models top gear. Changes to the vehicle exterior have been kept to a minimum, with a revised bonnet profile the only clue to the new Defender's increased capability.

Inside there is a new fascia with changes to the heating system and instruments. The new fascia houses an all-new heating and ventilation system. Cabin airflow is up almost 50 percent, with new aluminium plate and fin heat exchangers helping deliver impressive performance. In cold weather, the heater warms the cabin 40 percent quicker than before and can achieve cabin temperatures a full 12C higher. The air-conditioning system can cool the cabin in half the time of the old unit, and achieve cabin temperatures 7C lower too. The addition of side window demist vents helps maintain visibility whatever the weather. There are major improvements to the entertainment system and comfort and ergonomic improvements that don't sacrifice the versatility of the Defender. 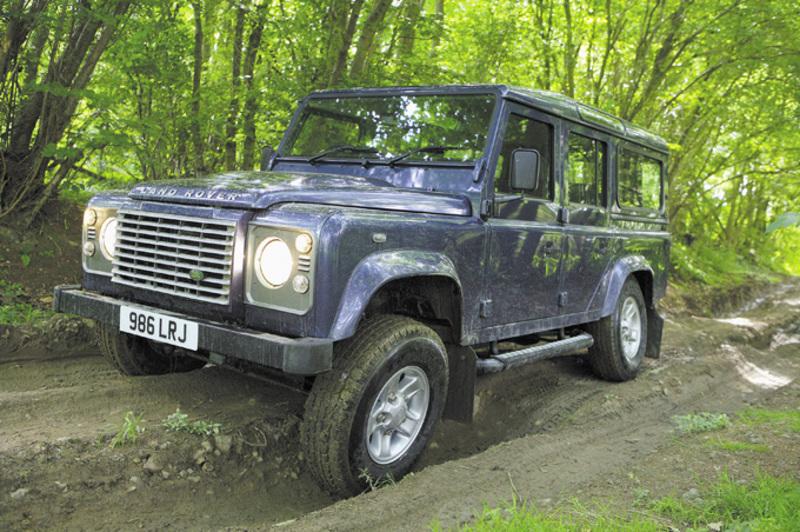