Less than a year after Jaguar Land Rover (JLR) revealed they were developing a hydrogen fuel cell-powered SUV under the ‘Project ZEUS’ banner, the platform to test that SUV has been announced – the new Defender. 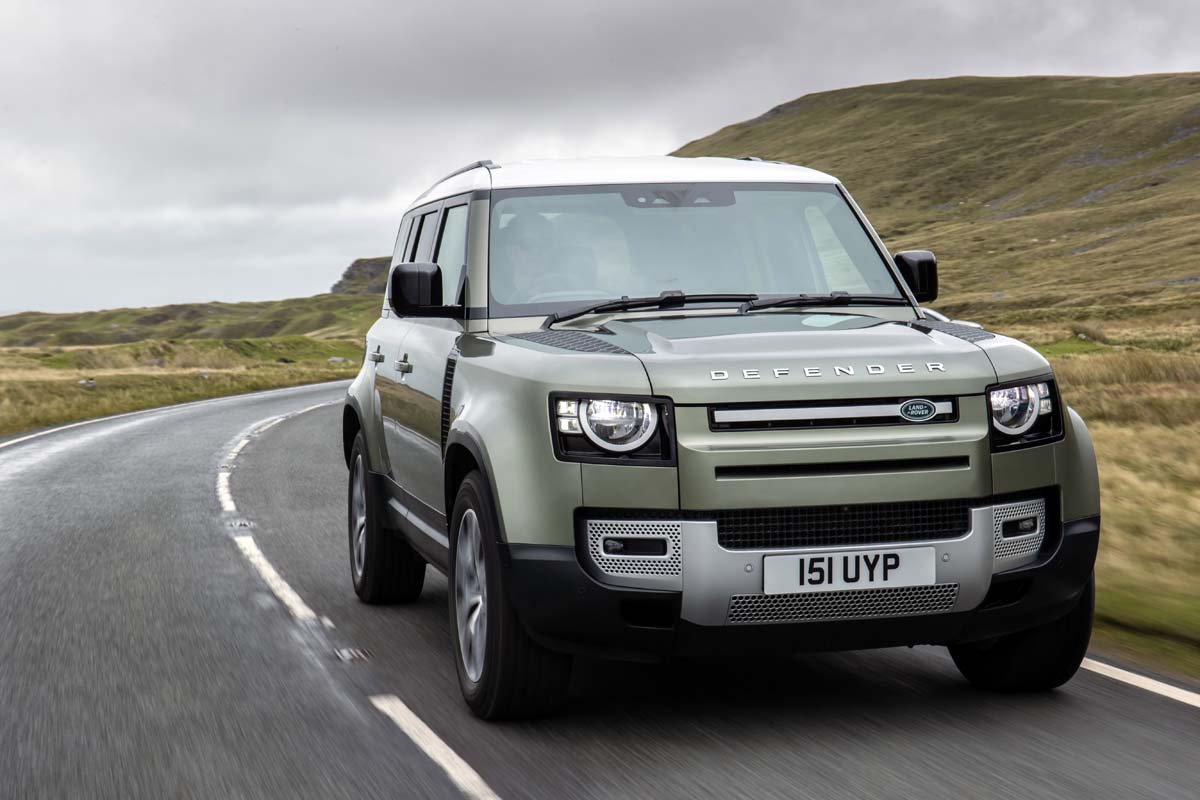 Testing will get underway before the end of 2021, with fuel consumption and the impact on the Defender’s off-road capability to be amongst the key considerations of the programme.

Project ZEUS is a part of JLR’s bold ambition for all its vehicles to produce zero emissions by 2036, with net zero carbon emissions across all JLR company operations by 2039.

Project ZEUS, which stands for ‘Zero and low Emissions vehicles in Urban Society,’ may be a clumsy acronym, but it’s a serious effort on the part of JLR. The UK Government’s Advanced Propulsion Centre has provided £73.5 million (AU$132M approx.) for the project, with additional support from Delta Motorsport, AVI, Marelli Automotive Systems and the UK Battery Industrialisation Centre. 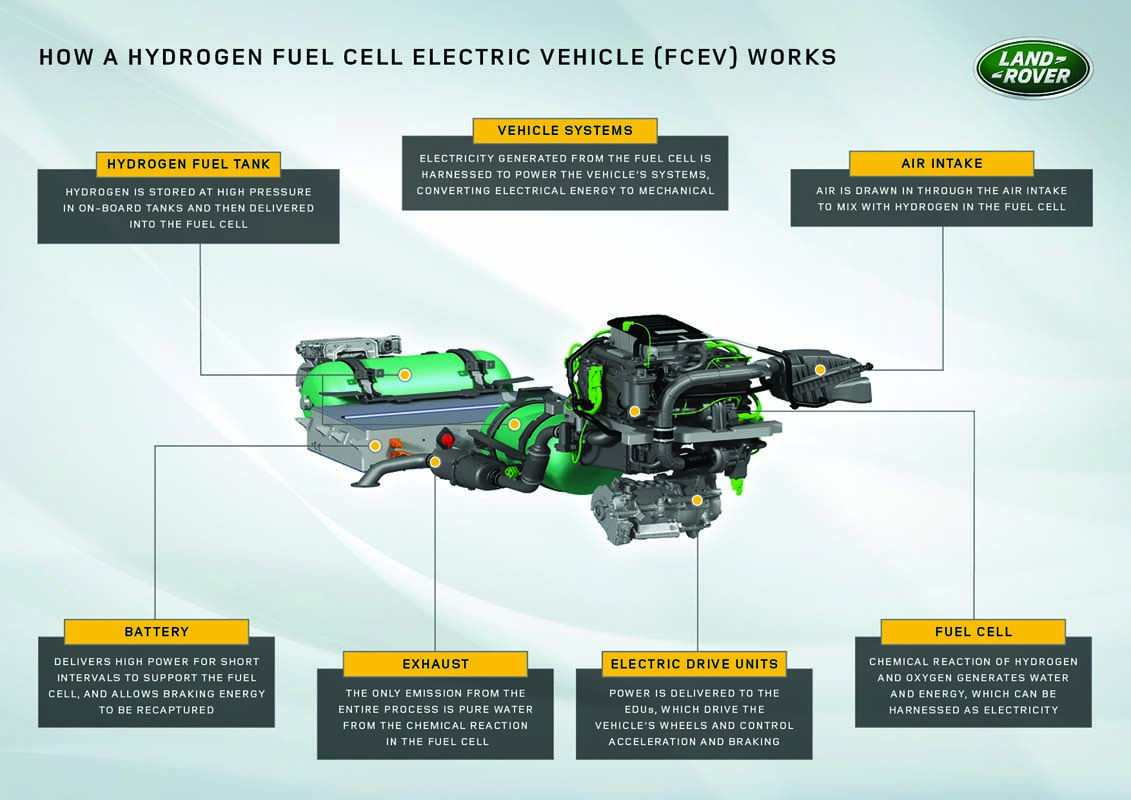 So, why are JLR developing a hydrogen fuel cell electric vehicle (FCEV) instead of a standard EV? According to the British carmaker, they’re going down the hydrogen route because they believe that hydrogen technology is better suited to larger, longer-range vehicles, as well as those operating in extreme heat and cold. Of course, Land Rovers, and particularly the Land Rover Defender, ticks all those boxes.

Quoting sources that include the International Energy Agency and Hydrogen Council to support their case, JLR state that the number of FCEVs on the road has almost doubled since 2018 and the number of hydrogen refuelling stations has increased by 20 per cent. At that rate, there could be as many as 10 million hydrogen-powered FCEVs in use worldwide by 2030, supported by 10,000 refuelling stations, according to JLR.

“We know hydrogen has a role to play in the future powertrain mix across the whole transport industry, and alongside battery electric vehicles, it offers another zero tailpipe emission solution for the specific capabilities and requirements of Jaguar Land Rover’s world class line-up of vehicles,” said Ralph Clague, Head of Hydrogen and Fuel Cells for Jaguar Land Rover.

“The work done alongside our partners in Project Zeus will help us on our journey to become a net zero carbon business by 2039, as we prepare for the next generation of zero tailpipe emissions vehicles.”

Hydrogen is not a new technology in terms of application to automobiles, with hydrogen fuel cell-powered vehicles on the road as far back as the 1960s, but the hydrogen and oxygen tanks, along with the required batteries, took up too much space to be practical. It’s only been in the new millennium that these challenges have been overcome. 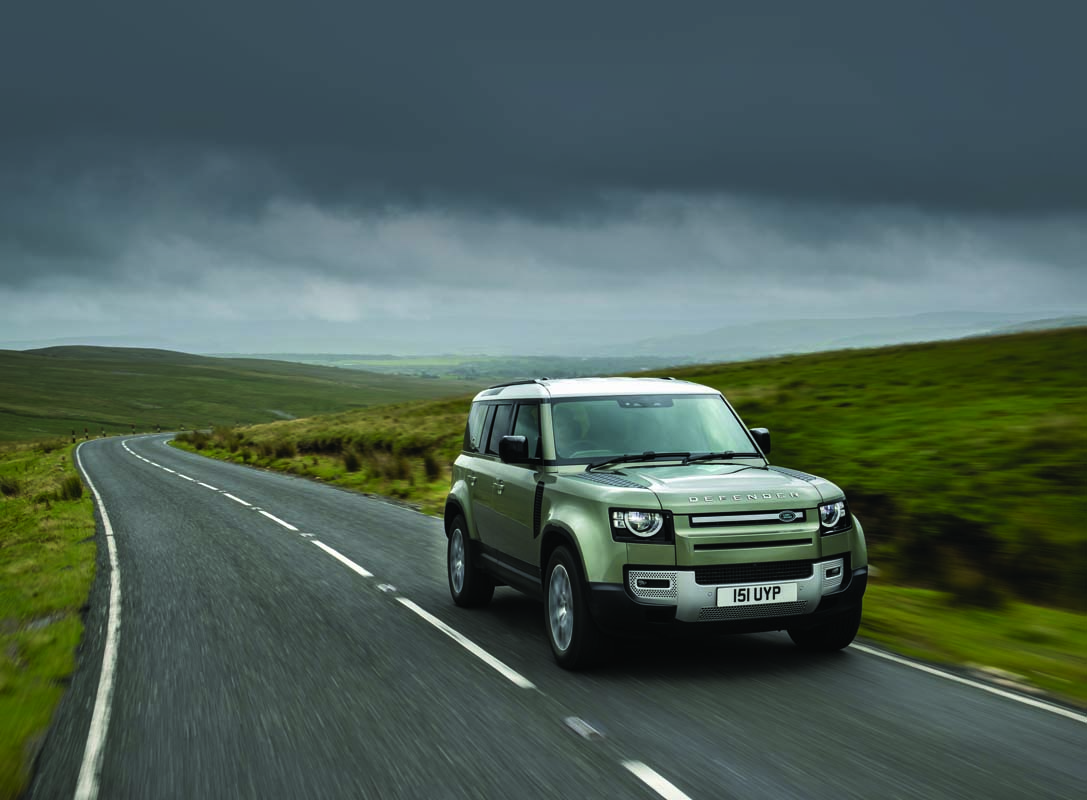 And while fuel cell technology is unquestionably a much greener option compared to conventional internal combustion engines, it remains stymied by inefficiencies in some areas compared to existing powertrains. It could also be argued that hydrogen technology has been overtaken by developments in battery technology in more recent years.

Most FCEVs from the previous decade were lease units only, with their release limited to certain areas in the US, Europe and Japan. In 2015, Toyota brought the Mirai FCEV to market, followed by a handful of models from other manufacturers, including Hyundai’s Nexo SUV that was launched in 2018. The Nexo combines an electric motor with lithium-ion polymer battery for a claimed output of 120kW and 395Nm, along with a claimed range of 666km, so that’s at least one competitor that the Project ZEUS vehicle needs to beat.

While a Defender will be the test mule for JLR’s FCEV development done under Project ZEUS, it doesn’t necessarily mean that a Defender FCEV will be coming to market once the technology has been readied for production. Like all-new EVs, the freedom that the FCEV technology allows in terms of packaging and vehicle dimensions may see a vehicle produced under Project ZEUS unlike any to previously wear the Land Rover badge.

While the long range and fast-refuelling benefits of an FCEV suggest the outcome of Project ZEUS would be a vehicle suitable for use in Australia’s remote areas, there would need to be a major change in supporting infrastructure and public perception here in the coming years.

Currently, there are only three hydrogen refuelling sites in the entire country and the first FCEV was only approved for road use in Australia earlier this year. As such, FCEV takeup here has been lower than EVs and PHEVs and the only units currently on the road are lease vehicles being trialled by state governments (including 20 for the ACT) and private fleets.

Unsurprisingly, Australia isn’t a market that’s high on the Project ZEUS agenda, with the initial focus to be on the UK and Europe. 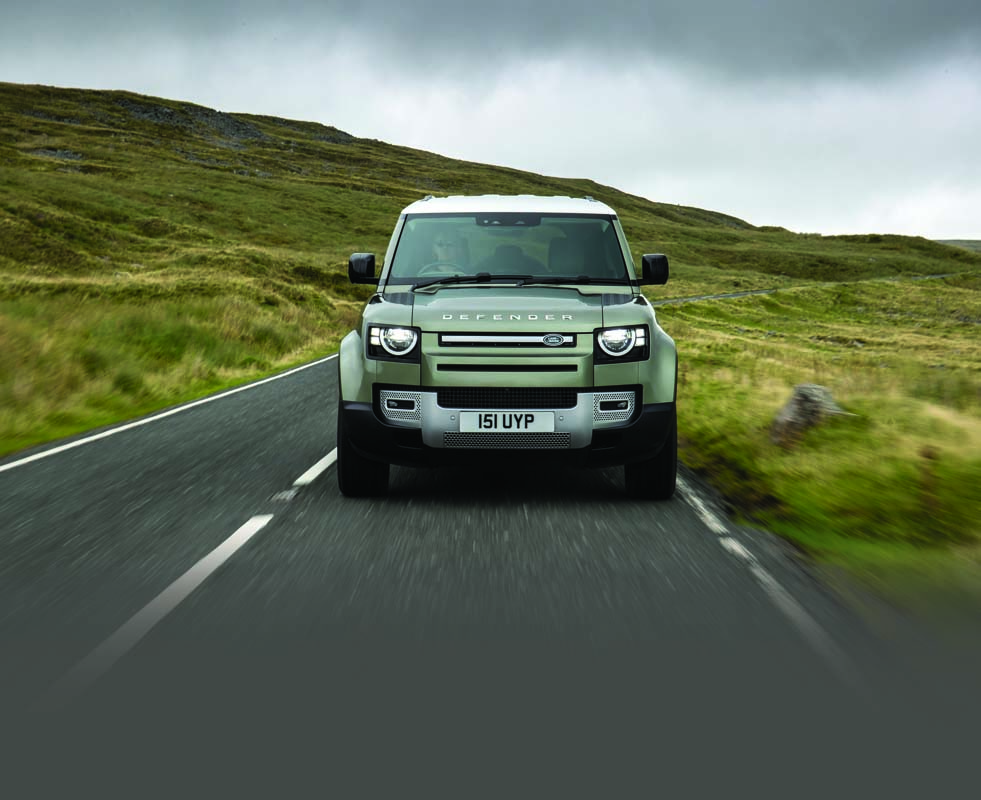 For now, the new Defender, in 90 and 110 form, is powered by traditional internal combustion engines, including a 3.0-litre diesel, 2.0-litre petrol and 3.0-litre petrol, all of which are supported by a mild-hybrid electric (MHEV) system. There’s also a 5.0-litre petrol V8 with no MHEV assistance.

The MHEV system employed by Land Rover is of the KERS type that recovers energy under braking and redistributes it as required. Combined with engine stop-start technology, this reduces fuel consumption and improves engine efficiency.

The introduction of an FCEV will mark a major change for Land Rover and may not sit all that comfortably with marque purists, but the combined efforts of JLR and its partners means that, whatever hydrogen fuel cell-powered vehicle comes out of Project ZEUS, it’ll be worth seeing.