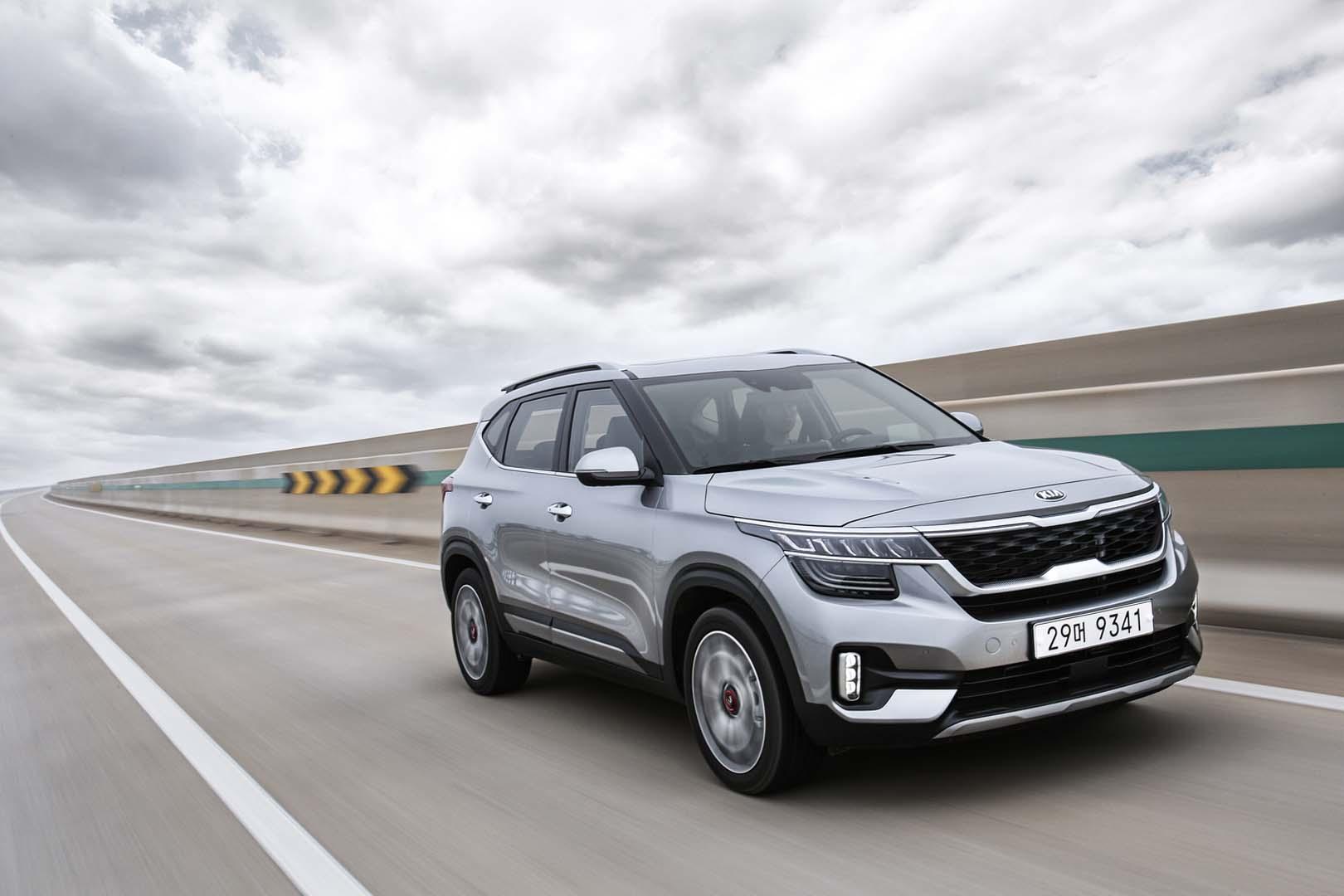 Following its unveiling in South Korea earlier this year, the Kia Seltos has been confirmed for Australia, arriving in the fourth quarter this year.

Pitched against compact SUVs like the Nissan Qashqai, Mazda CX-3, Honda’s HR-V and Mitsubishi’s popular ASX, the Seltos promises “sophistication and assertiveness”, as well as a high range of standard tech features and in-car appointments.

Small Outside, Big Inside

Externally, the 5-seat Seltos features Kia’s signature ‘tiger nose’ grille, with a distinctive headlight design, while the rest of the bodywork is broadly similar to Kia’s larger SUVs and delivers an impressive drag co-efficient of just 0.33 Cd, despite the bluff front end.

LED lighting features front and rear, including LED fog lights, with a distinctive treatment for the front indicators.

Release information does not list what model grades will be available, but presumably Sportage-like Si, SLi and GT-Line variants or similar will be released here.

What Kia does say is that the Seltos will be available with a choice of 16-, 17- and 18-inch wheels, but whether all of these will make the Australian release models is unconfirmed.

With a 2630mm wheelbase – longer than most of its segment rivals – the Seltos claims class-leading interior space, including more leg and headroom. Rear seat space in the 5-seater is particularly impressive, with up to 965mm legroom, 975mm headroom and 1395mm shoulder room.

On VDA measurement, there’s 498 litres of luggage space – more than segment rivals – with a two-step floor that creates a secure storage compartment in its upper position.

Reflecting the demands of buyers in the compact SUV market, the Seltos is available with a choice of three compact four-cylinder engines - two petrols and a diesel – all of which are turbocharged.

The familiar 1.6-litre T-GDi direct injection turbo petrol four produces 130kW and 265Nm and is the most powerful of the trio, although the diesel beats it for torque.

Transmission choices are made up of a CVT and seven-speed dual-clutch auto, with the CVT exclusive to the 2.0-litre petrol engine and the DCT auto only offered on the 1.6-litre engines.

No fuel economy figures have been released for any of these drivetrains yet, nor if all of them will be offered in Australia, but Kia says optimization of every component on these engines has improved fuel efficiency, while drivers can take control of fuel economy themselves with a selectable ‘Eco’ driving mode. Additional to this is a ‘Sport’ mode that sharpens up feedback and response, while ‘Normal’ mode is pitched between Eco and Sport.

Surprisingly for the compact segment, all Seltos drivetrain variants are offered in both FWD and AWD, but like the drivetrain choices, whether AWD will be offered range-wide in Australia is unconfirmed.

Details on the actual AWD system have yet to be released, but presumably it’s the same on-demand unit - that can be locked in a 50/50 front/rear torque split – found in the Sportage. 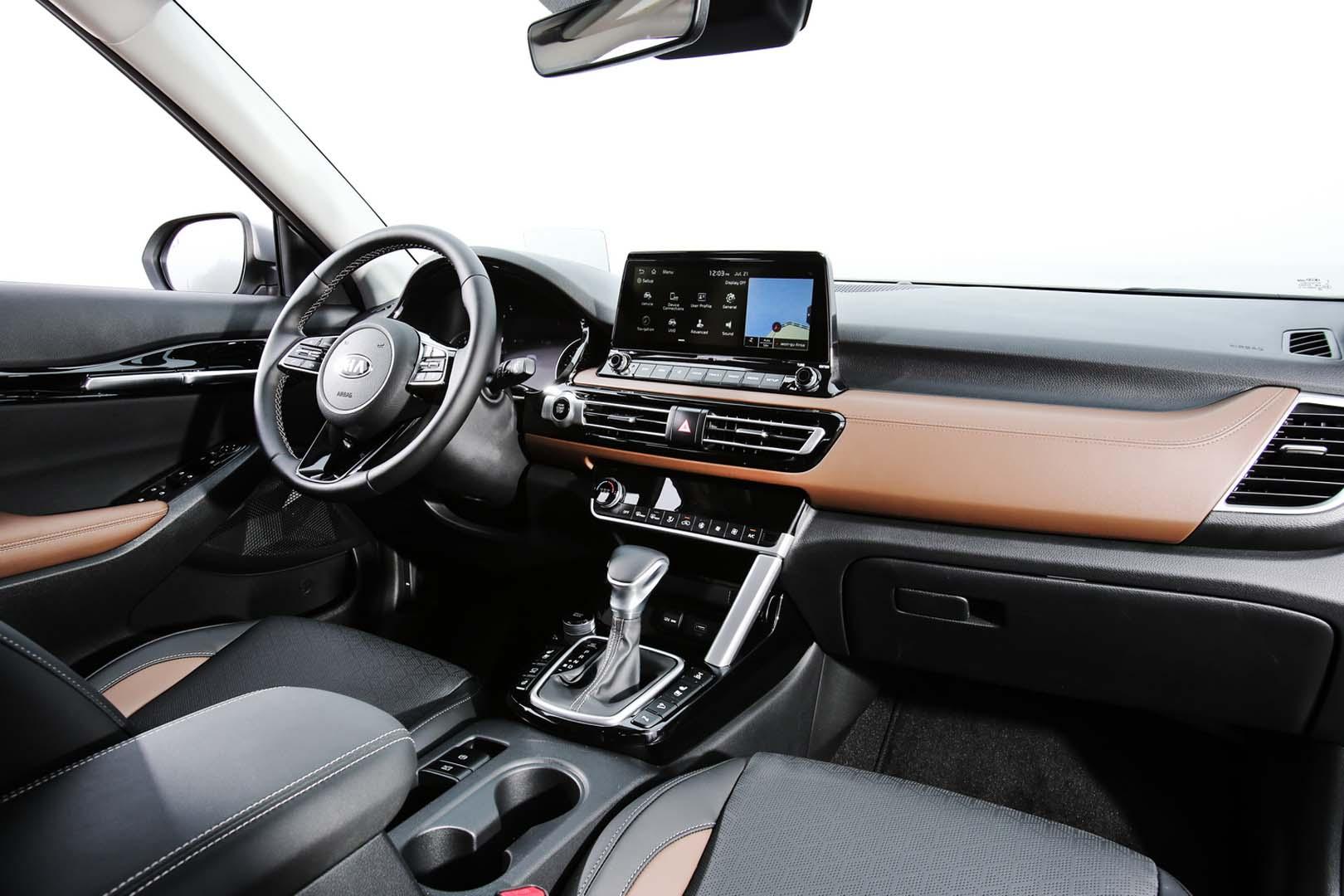 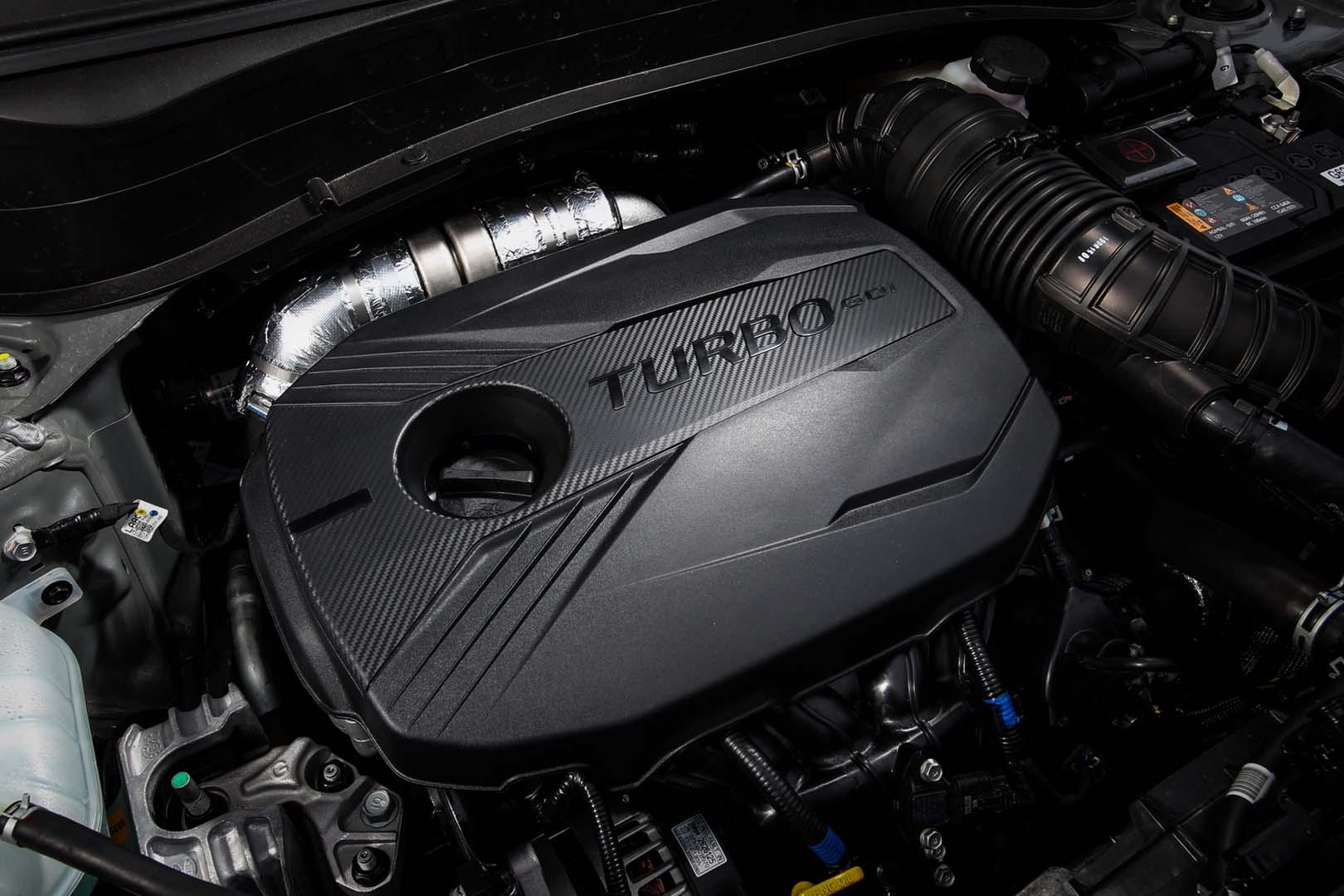 The Seltos’s in-car appointments are led by a 10.25-inch ‘AVN’ (audio-visual navigation) touchscreen with split-screen functionality to enable up to here separate tasks to be conducted at once.

Apple CarPlay and Android Auto is standard, with an 8-speaker Bose sound system available, while optional ‘UVO Connect’ telematics connects the Seltos to your smartphone and uses its own SIM cards to retrieve and update live data.

Other options include an 8.0-inch head-up display, 7.0-inch digital instrument display and ‘Sound Mood’ ambient lighting that can pulse in time to music.

While no Australian pricing has been revealed yet, the Seltos range is expected to be in the $25,000 to $40,000 bracket when it arrives here in Q4. 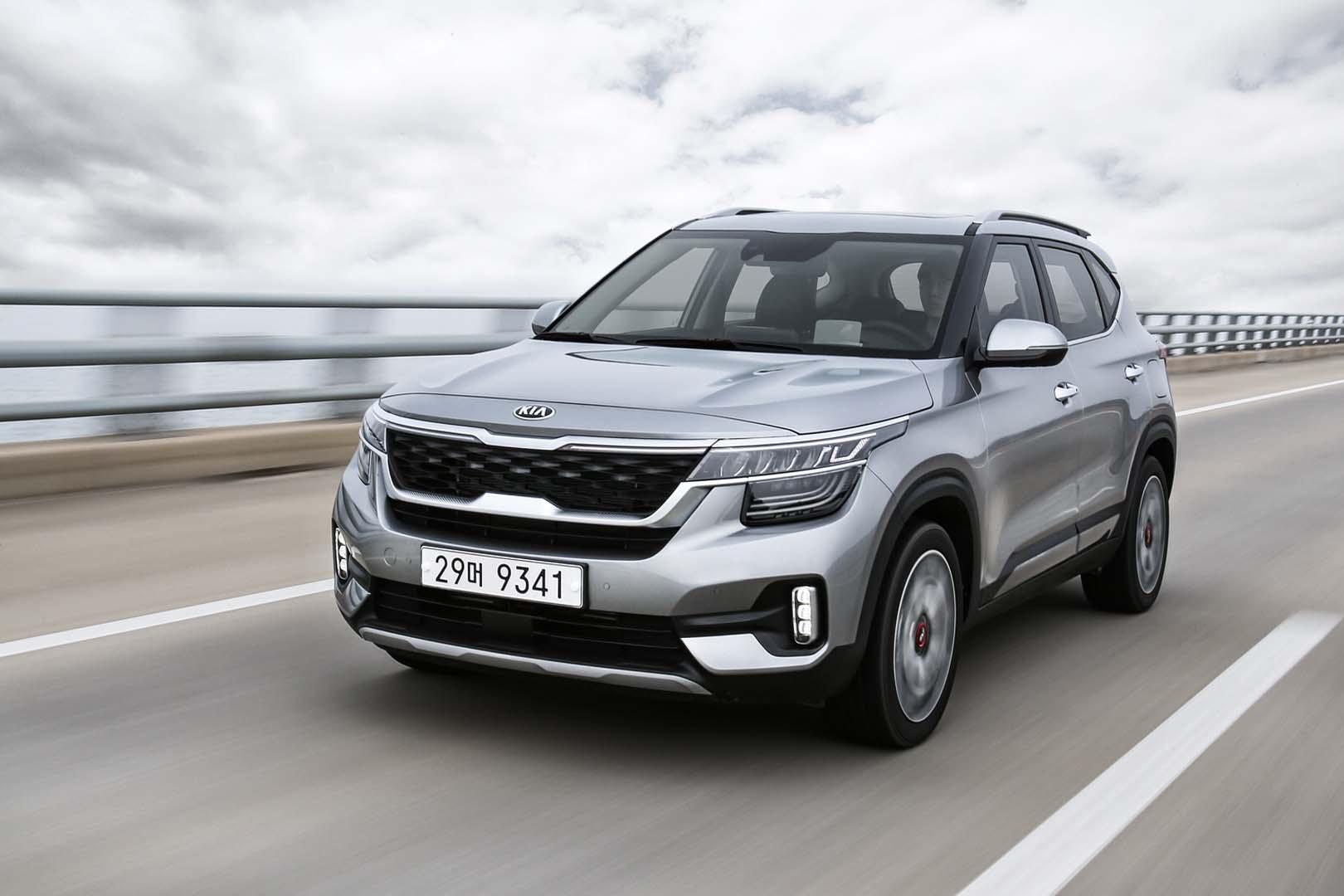 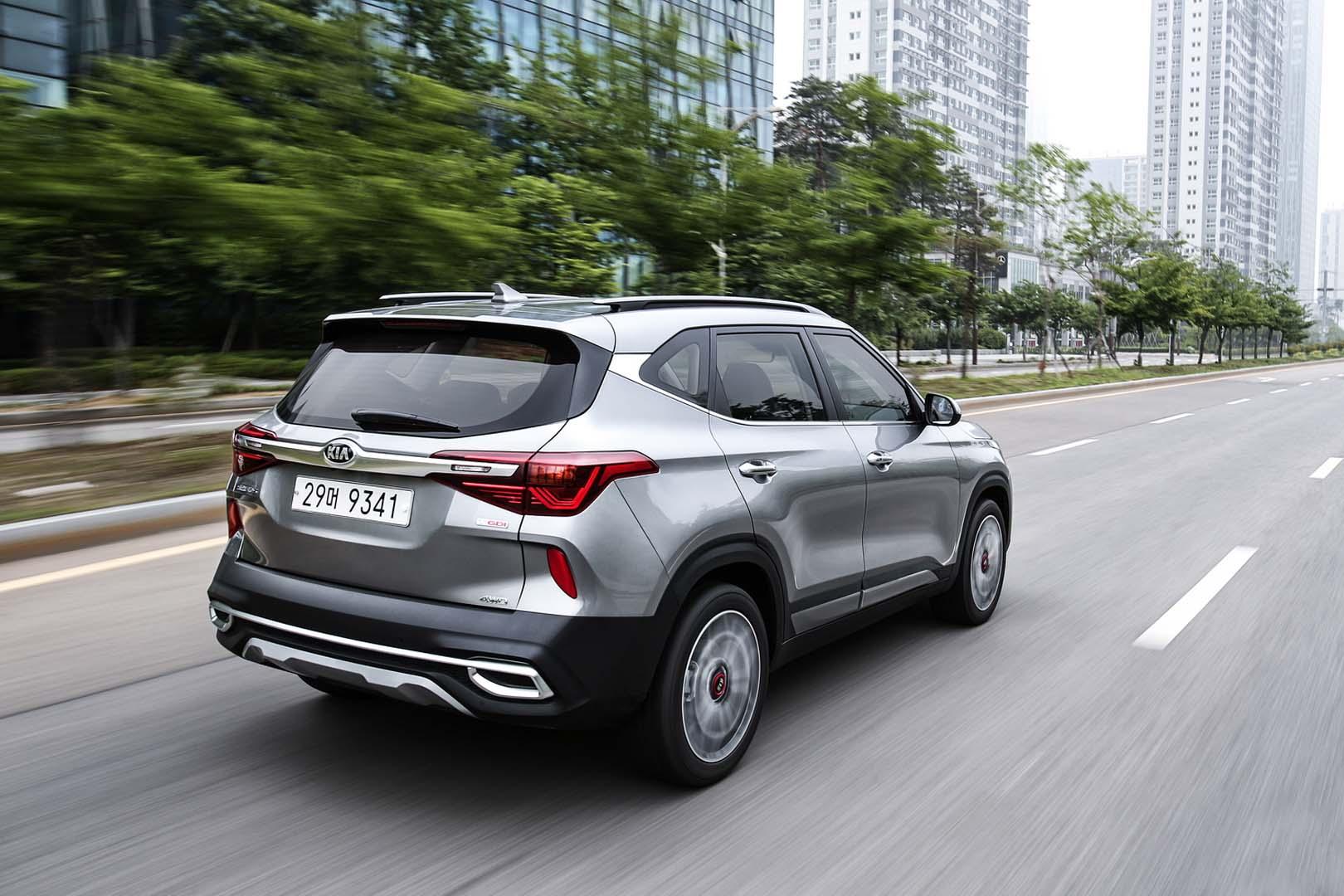