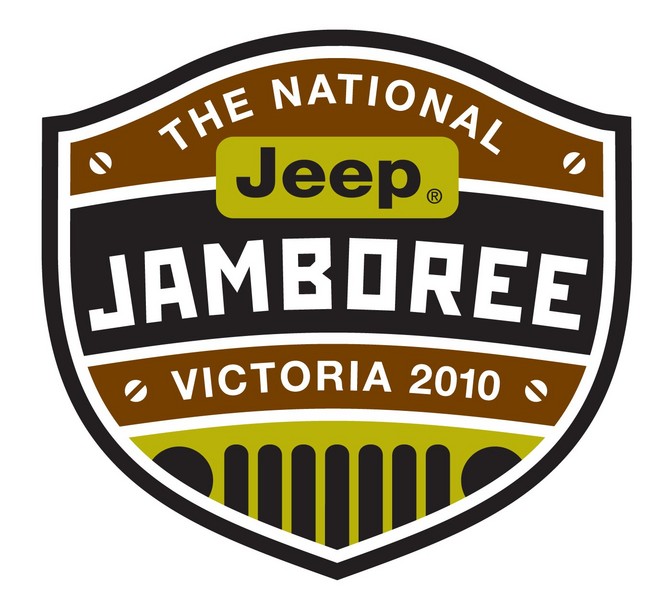 It was perhaps a little daunting to be the only driver in a stock standard Jeep in a convoy consisting of some of the most heavily modified Jeeps in the country, driven by a bunch of the most dedicated Jeep enthusiasts you will ever find
The Cherokee lurched and the rear wheels spun, desperately searching for traction as I coaxed the Jeep up a heavily rutted track in east Gippsland.

It was perhaps a little daunting to be the only driver in a stock standard Jeep in a convoy consisting of some of the most heavily modified Jeeps in the country, driven by a bunch of the most dedicated Jeep enthusiasts you will ever find.
As my Cherokee crested the top of the ridge, it was with a feeling of satisfaction to know that today's modern, off the shelf

Jeeps are every bit as rugged and capable as their 60 year predecessors. I was participating on one of 66 4x4 trips that were staged by members of the Melbourne Jeep Owners Club at the National Jeep Jamboree Victoria 2010.
While the concept of Jeep Jamborees are an entrenched part of Jeeping in the USA, with the Rubicon Trail regarded amongst the toughest 4WD treks, the concept of Jamborees are a relatively recent concept for Aussie Jeep enthusiasts.

Jeep Jamborees have had a potted history here with perhaps 5 or 6 having been staged since the late nineties. In 2008 the Jamboree was staged in NSW, and 2 years prior in Queensland, with the last run in Victoria in 2004. Thanks to the energy of the Melbourne Jeep Owners Club, and an enviable level of support from Chrysler Australia the Jeep Jamboree is now assured of a strong future, offering Jeep owners a fantastic opportunity to get together for a few days to think, see, talk and drive nothing but Jeeps!

The National Jeep Jamboree was based at Lardiner Park, an outstanding venue for trade shows and staging a Jeep Jamboree. There was a full four-day event program that naturally enough centred on four-wheel driving in the surrounding Gippsland hinterland. The area abounds with 4x4 tracks of varying difficulty and participants had the opportunity to choose just how hard a trip they wanted to tackle. The Jamboree venue soon resembled a Jeep city with camping areas divided by roads with such names as Wrangler Road, Jeep Action Avenue, Jeep Nut Alley, Seven Slot Lane… and, well you get the picture. This was a Jeep event through and through, and it was embraced by a record breaking number of 347 Jeeps and nearly 1,000 people attending.

While much of the action took part in the surrounding hills, there was plenty of action at the campsite, with novelty events such as a reverse drive Jeep. Turn the wheel right to go left and left for right, was a challenge many couldn't resist. Similarly the USA 4x4 Ramp competition measured the incredible wheel travel of many of the modified Jeeps. A number of Jeep related products were also available in Trade Alley. There was also a virtually impassable Jeepkhana track, that heavy rain prior to the event made even more difficult for those crazy enough to pit their vehicle and driving skills against some formidable obstacles. There were also activities for junior Jeepers with mini Jeeps, jumping castle and animal nursery. Organisers are also to be congratulated on designating camping areas specifically for families, and other areas for 'louder' camping, which was characterised by late night partying.

The Presentation dinner was held on Saturday night with many awards handed out. One of the highlights was the Show 'n Shine on Saturday morning, which saw Jeeps of all eras, lined up. There was everything from an early 1940s Willy's to a sneak preview, courtesy of Chrysler Australia of the all new 2011 Grand Cherokee.
Of course an event of this magnitude did not just happen, with the Melbourne Jeep Owners Club having spent many thousands of hours planning and getting things right over the past 18 months. According to current club President Dan Martin, the effort was tremendous, with a steering committee originally formed and tasks delegated.

With out downgrading the obvious Herculean effort by the club and its members, the club was extremely fortunate to have former club president, and current public relations officer Brett Dashwood put his hand up as Event Co-ordinator. This articulate, through and through Jeep nut left no stone unturned in ensuring the success of the Jamboree. And what a success it was. As Brett put it, "our love of Jeeps is why we're here. For one reason or another we love them. The look of the famous seven slot grille, their ability on tough tracks or maybe it is the friendships we have through them. Jeep is more than just a vehicle brand it becomes a lifestyle. Just ask our families! Our Jeeps take us places where we see and experience things most people have never heard of. We work on each others vehicles, tinkering, repairing and even sometimes managing to improve them."He said the organising committee contributed thousands of volunteer hours to ensure the success of the event. Even during the Jamboree, committee members could be found in the organising office in the early hours of the morning, planning the success of the following day.

Brett epitomizes the dedication - some would argue obsession - of a Jeeper, with his introduction to Jeeps perhaps a life changing experience. He lived in the USA during 2002, where he had a WJ Grand Cherokee Limited and a TJ while living in Chicago. Back in Australia in 2004, driving a Grand Cherokee he joined the Melbourne Jeep Owners Club, which had out lived its original name of the Brighton Jeep Owners Club, as members began to descend on the Brighton meetings from all over Melbourne. The Club ran the 2004 National Jamboree and Brett was sold on the Jeep culture. He ran a number of trips in 2004, did a term as club president and is now its PR officer.

One of the peculiarities of Jeep ownership is the extent of modification that members will go to. An overwhelming majority of Jamboree attendees had modification to their vehicles and Brett is no different, with his Grand Cherokee sporting a 4-inch lift kit, 32-inch tyres, various items replaced, along with ARB bullbar and underbody protection. Of course - like many other Jeepers - there is a CJ6 'project vehicle' in his garage, while his other drive is a 2005 KJ Wrangler!
The Melbourne Jeep Owners Club meets monthly on the last Tuesday at FWD Victoria's offices in North Balwyn. Unlike some other 'brand only' clubs, the Jeep Owners Club is for 'Jeeps only' and already has a strong membership nearing 200. Of this about 50% of members drive Wranglers of which the majority are KJ models. Of course there are plenty of other models and if you own a Jeep and live in or near Melbourne, and would like to explore its capabilities in a fun environment, you couldn't go past this group of enthusiasts. All Jeep owners are welcome. For details on the club visit www.mjoc.org.au 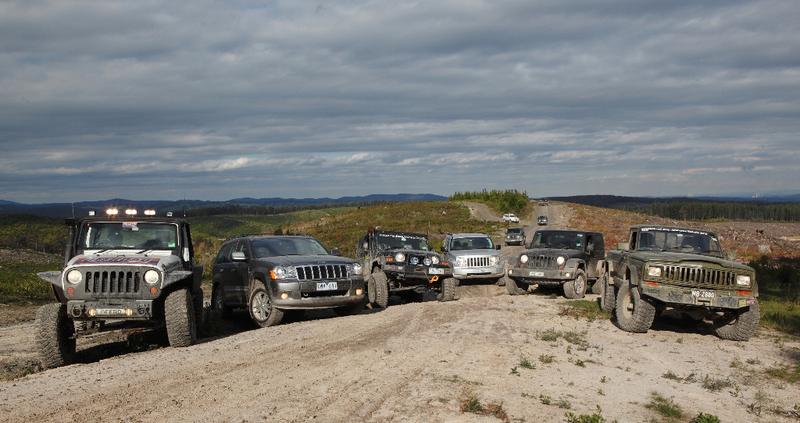 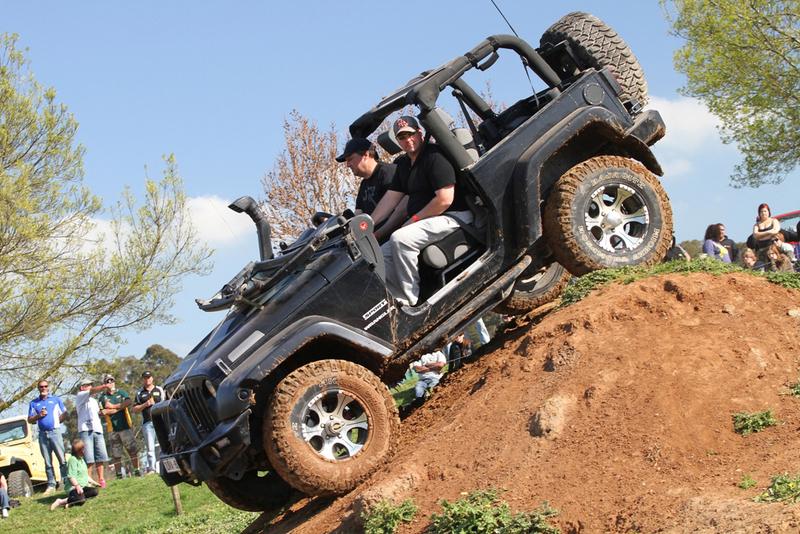 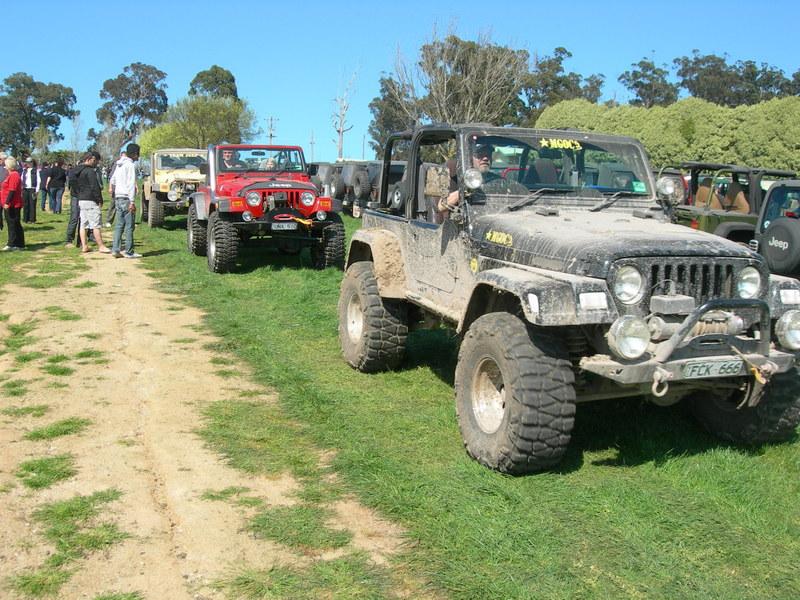 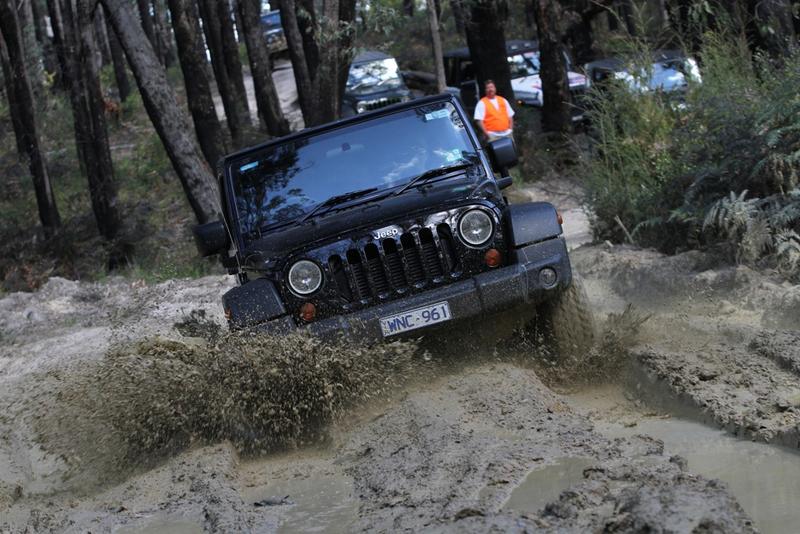