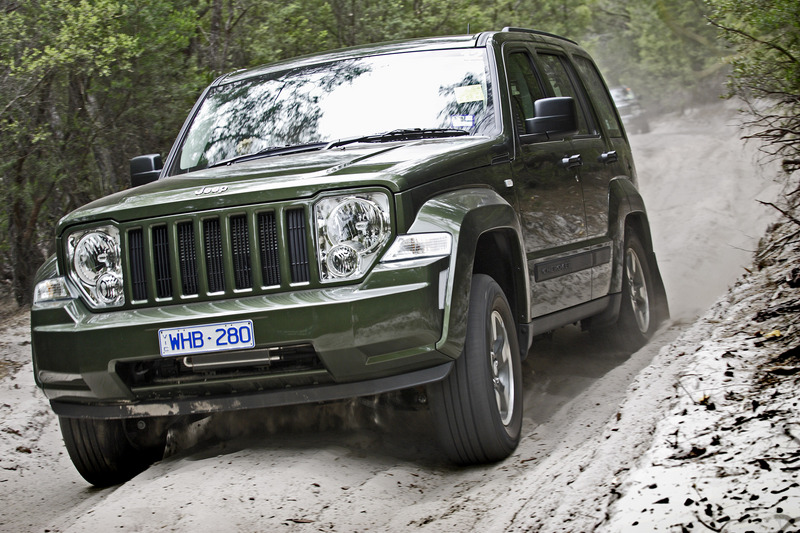 It remained true to its legendary 4x4 heritage while offering customers more on-road refinement and amenities. It is still the current Cherokee model in 2011, although a substantially revamped version is due this year.

The KK brought many improvements to the Cherokee. It was bigger, bolder and more refined, retaining a rugged exterior, but providing more interior comfort and convenience items. Importantly, this model introduced standard fitment of the all new Selec-Trac II full-time four-wheel-drive system, along with the availability of a new high torque turbo-diesel mated with a five speed transmission.

As with its predecessor, the KK Cherokee came in two trim variants, the Sport and the Limited. Prices started at $39,990 for the V6 petrol version and rose to $45,990 for the V6 Limited.

The KK Cherokee arrived with the choice of 3.7-litre V6 petrol or 2.8-litre CRD turbo-diesel engines.

The 3.7-litre SOHC V6 petrol engine produces 151kW at 5200rpm and 314Nm of torque at 4000rpm. Thanks to refinements in the valve train and combustion chamber, low-speed torque was enhanced, while providing a smooth idle and minimal engine noise. A sophisticated Electronic Throttle Control system assisted driveability and acceleration feel.

Also available is a 2.8-litre DOHC 16-valve common-rail turbo diesel engine. With its Variable Geometry Turbocharger (VGT) and rapid throttle response, this engine enabled the Cherokee to claim best in class torque of 460Nm at 2100 rpm with the five-speed automatic transmission, and towing capacity of up to 2270 kilograms (braked) and a driving range of over 700 kilometres. Maximum power is 130kW at 3800rpm.

A forged steel crankshaft featured eight counterweights compared to the prior crankshaft, which had four. A structural oil pan assists in reducing noise, vibration and harshness on the new engine. The VGT gained an electronically controlled actuator as opposed to the pneumatic actuator on the previous engine. This provides improved cold launch performance, and it also allows the turbocharger to spool up faster from idle, minimising turbo lag and providing good low-end and high-end torque.

This system offers a 4WD Auto mode that is just right for full-time driving. When driving in 4WD Auto mode, the system uses vehicle sensors to adjust and redirect torque between the front and rear axles based upon real-time driving conditions, providing the vehicle with responsive performance.

Electric shifting between 2WD, 4WD Auto and 4WD Low is accomplished with a console-mounted switch. A pushpin button is used to shift to Neutral mode. Selec-Trac II is standard on both Jeep Cherokee models.

Other useful four-wheel drive systems are Hill Descent Control, which is available in 4WD Low range. It provides controlled downhill speed assistance. Hill Start Assist was new to the KK, providing the driver time to transition from brake to throttle to achieve a smooth launch on a grade. The system will hold brake pressure for two seconds upon the driver's release of the brake pedal.

The KK introduced a new independent front suspension, and an all new five-link rear suspension along with power rack-and-pinion steering. The independent short and long-arm coil spring front suspension provides an optimum combination of ride, handling and a steering feel that is unattainable with typical strut-type suspensions.

The full sized spare wheel and tyre is now placed underneath the vehicle, allowing for increased interior space and rear visibility.

Access to the rear of the vehicle is by a rear lift tailgate rather than a swing-gate arrangement. The cargo area also features a clever reversible carpeted surface, with dual latches providing access to a 10cm deep waterproof storage bin beneath the cargo lid.

The Cherokee also comes fitted with multi-stage driver and front passenger and side curtain airbags with rolling sensing technology for the rear seat passengers.

The Cherokee also introduced a new sunroof, which Jeep called a Sky Slider, which is a full length canvas roof. It can be moved to several positions at the touch of a button, depending how much of an open-air experience you desire. 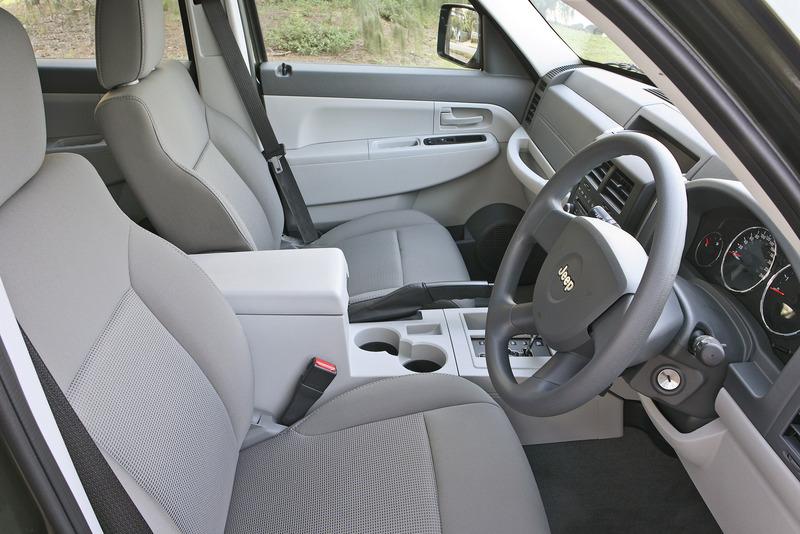 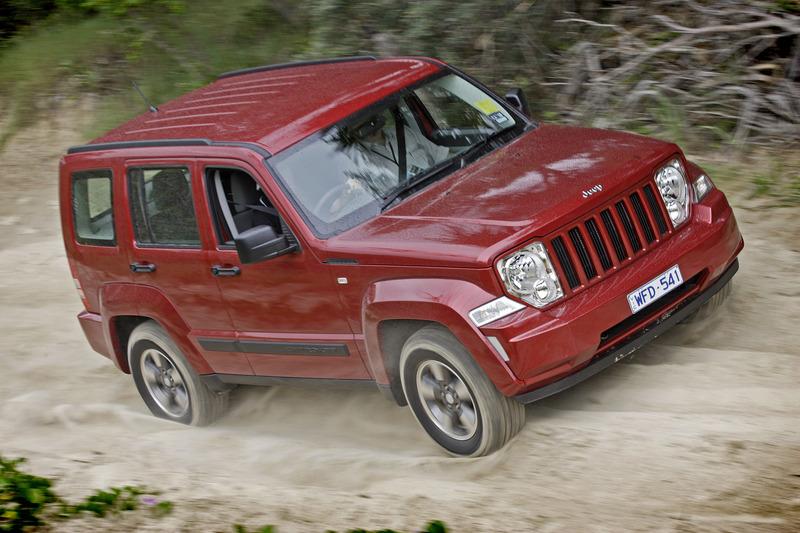 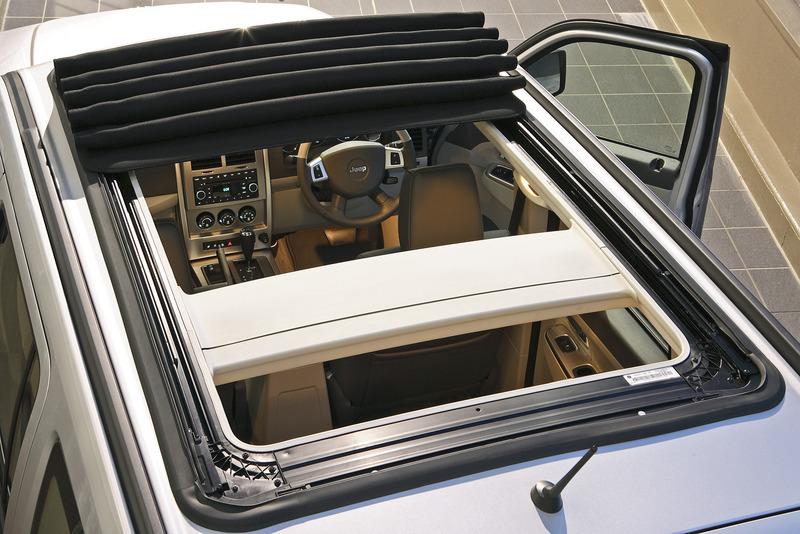