AM General, the company that created the famous ‘Humvee’ military vehicle that spawned the civilian Hummer, has collaborated with Jeep, the brand spawned from the famous vehicle of the same name from World War II, in developing a new concept vehicle for military use, based on the Gladiator dual cab ute.

Unveiled at a U.S. Army exposition in October, the Gladiator ‘XMT’ (Extreme Military-Grade Truck) is described as a light, tactical vehicle, with its range of potential uses including ‘behind-the-lines’ operations by special forces, as well as a communications vehicle, command and control truck for large force deployment, reconnaissance vehicle and even a personnel carrier.

As a ‘soft skinned’ vehicle (unarmoured in military terms), the XMT is unlikely to be fitted out for combat roles, as the cost and added weight of armour plating would cancel out any performance advantages the Gladiator has over slower, heavier vehicles.

As the Gladiator already has the four-wheel drive and off-road capability required of military vehicles in these applications, no changes were apparently made on the drivetrain, but AM General did identify a series of parts and accessories to enhance the Gladiator’s capability to provide end users with “the appropriate equipment for tactical communications and service”.

Fitted with both custom-built and commercially available military-grade parts, the Gladiator XMT has been described by Jeep as an even more rugged truck that can traverse the toughest terrain in adverse conditions and is ready to meet varied military customer requirements.

If the US military and other armies respond favourably to the concept, Gladiator XMT production could start as early as next year.

Australian release of the civilian Jeep Gladiator is expected in mid-2020, with pricing and specification yet to be confirmed. 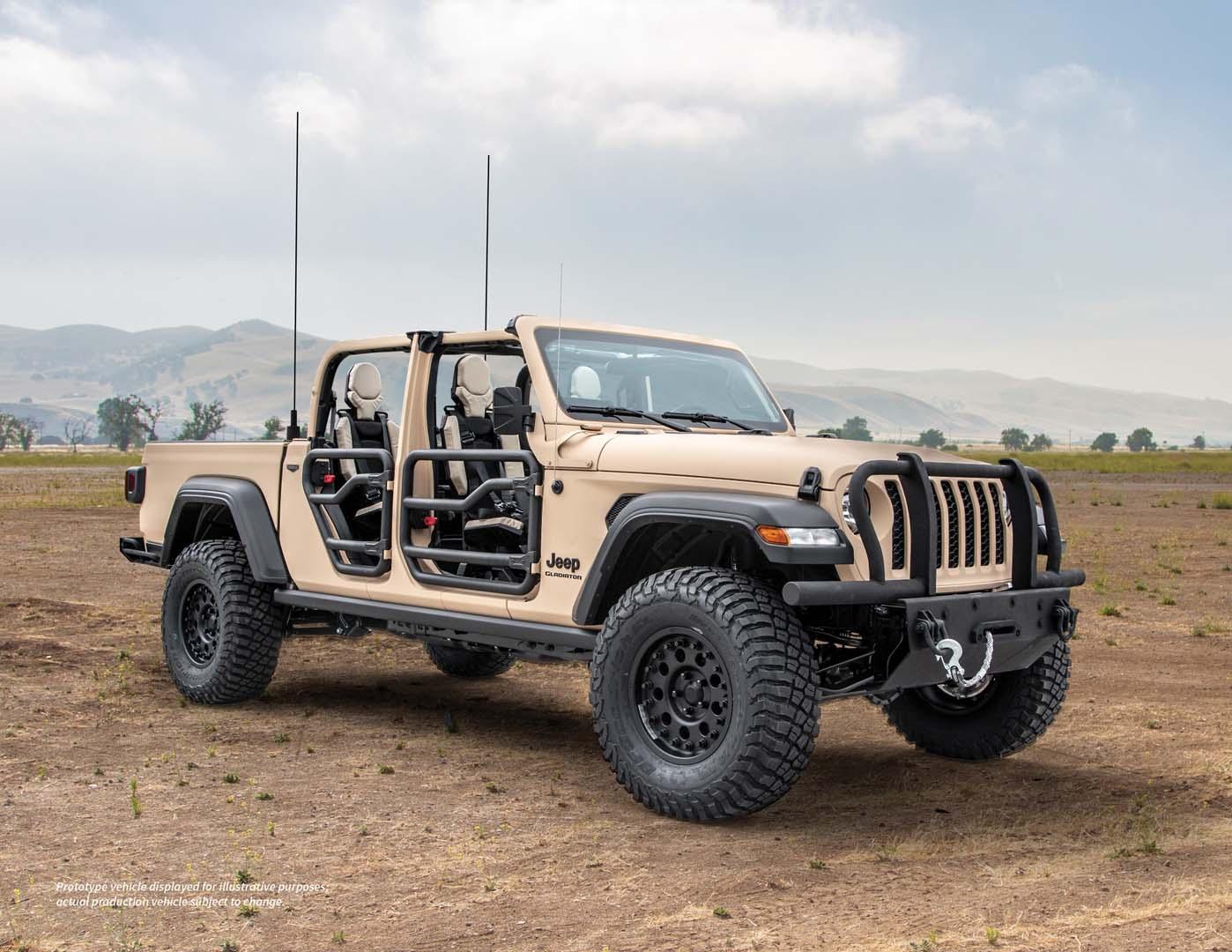