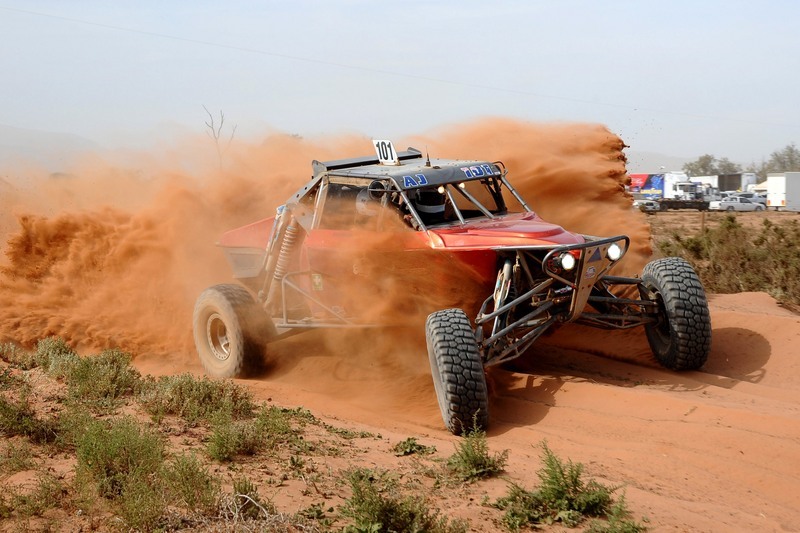 The race was held over 12 laps (4 on Saturday, 8 on Sunday) of a condensed 35km track at the Baroota Off Road Racing complex, 40 kilometres north of Port Pirie
Victorian-based off road racer Aaron James crossed the border and raided the South Australian's trophy cabinet on the weekend, winning the Exact Mining Bentley's Cabin Park Flinders 400 with navigators Robert and Brett Plant in the #101 Razorback Prolite buggy.

The race was held over 12 laps (4 on Saturday, 8 on Sunday) of a condensed 35km track at the Baroota Off Road Racing complex, 40 kilometres north of Port Pirie. The flowing, technical track produced some spectacularly close racing, with Brenton Forsyth, Jack Rhodes, Andrew Kittle and Hayden Bentley all taking their turn at the top of the leaderboard.

At the halfway point of Sunday's main 8-lapper, James put his 3.5 litre Nissan V6 powered Razorback into the fresh air, and once he got the lead, the Victorian didn't look back, charging around the course like a freight train. But it certainly wasn't an easy victory, as the Victorian crew had Port Augusta local, Brenton Forsyth and the Haby brothers snapping at their heels for more than 100kms. Andrew Kittle was also near the front on Sunday, but hampered by fuel issues that saw him fail to finish Saturday's 4-lap section of the race. The tightly grouped pack made for entertaining racing as they roosted huge plumes of red dust on the sweeping corners and leapt off the massive jumps in front of the spectators.

When the clock stopped on the 400km race, it was James and Plant who were the victors, while behind them, the #56 buggy of Carl Haby and Brenton Gallash had tamed the dust to move into second outright, a slender 16 seconds behind the race winner. Brenton and Terry Forsyth greeted the chequered flag a further 17 seconds behind Haby to lock in third outright in their #47 twin turbo V6 Southern Cross.

Pouring the pressure on to the leading trio on Sunday was #57 Aaron Haby, who was forced to settle for fourth outright after an engine misfire on Saturday cost him a few precious minutes. Stepping into the driver's seat for 2012, Macca Kittle made an impressive Baroota debut in the #23 Peter Kittle Motorsport Jimco, locking in fifth outright ahead of local favourite Hayden Bentley in the #18 Probuggy. Bentley had started on pole position after winning Saturday's top ten shoot out and looked to have cemented his position at the front after Saturday's opening 4-lapper. However, a lengthy pit stop to replace a broken brake caliper early on Sunday morning saw him surrender the lead to James.

Another Port Pirie local, Sam Gadaleta, finished 7th in the #38 V8 Jimco ahead of #102 Wes Cowie who was second in the Prolite Class in his mid-engined Jimco. #274 David Adams picked up the Super 1650 Class win and 9th outright after a close battle with his 1600cc classmate, #280 Roger Cox, in tenth.

After dropping two laps on Saturday due to an old knee injury, Ivan Robertson returned to the track on Sunday to take the Extreme 2WD Class honours in his brand new Micklefab mid-sized trophy truck. Brad Gallard was another heavyweight to hit the track again on Sunday with a fresh drive train in the Monster Energy Geiser Trophy Truck after an auto transmission failure 3km into Saturday's prologue. Gallard wasted no time getting up to speed, hammering the TT off the startline and through the man-made whoops like a man possessed. However, broken axles would end his day later that morning.

Adding another exciting element to the event was the 'Trophy Kart Parade', a new junior offroad racing category currently under development with the aim of fostering future talent. Demonstrated after Saturday's Top Ten Shoot Out, the Trophy Kart Parade saw the Bentley and Gadaleta kids cruise their pint-sized trucks over the jumps and through the whoops, much to the delight of the crowd.

Supported by Extreme Motorsport, Nyrstar, Neill Automotive, ARB and Performance Metals, the action and entertainment wasn't just limited to the race track at the Exact Mining Bentleys Cabin Park Flinders 400. The Baroota skyline lit up early on Saturday night with a massive fireworks display that would rival local New Year's Eve festivities. During the day, the free jumping castle, rc car track and helicopter joyflights added to the family-friendly feel to the event.

Congratulations must go to the newly formed Baroota Off Road Association and the Bentley family for turning on one of the showcase events on the Australian off road racing calendar. 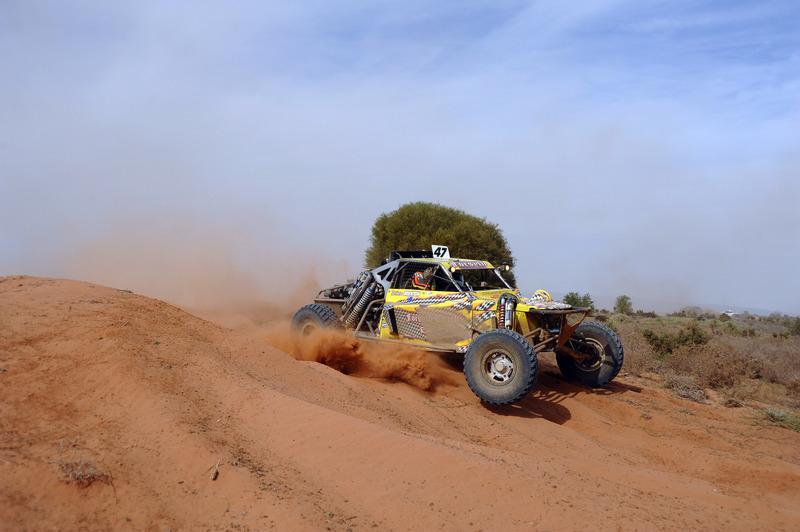 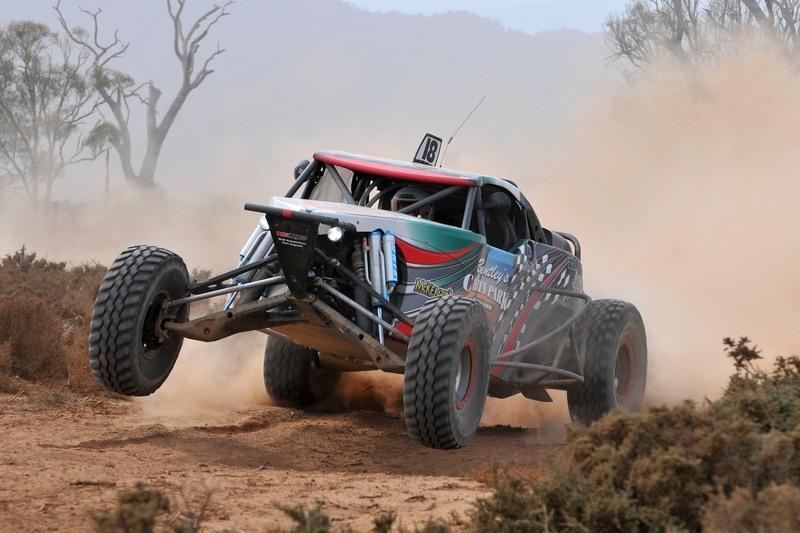 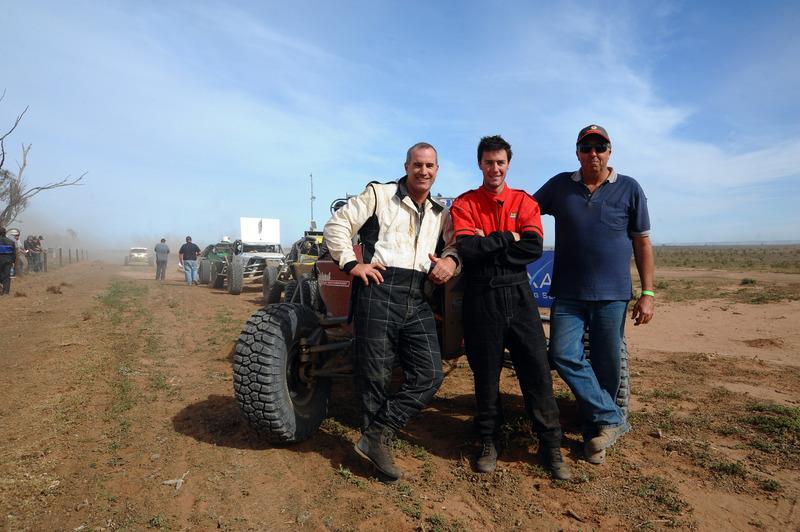 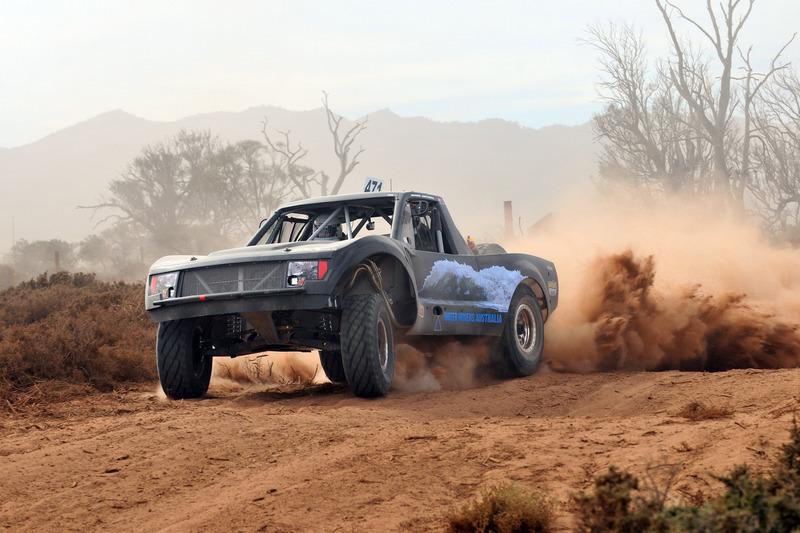 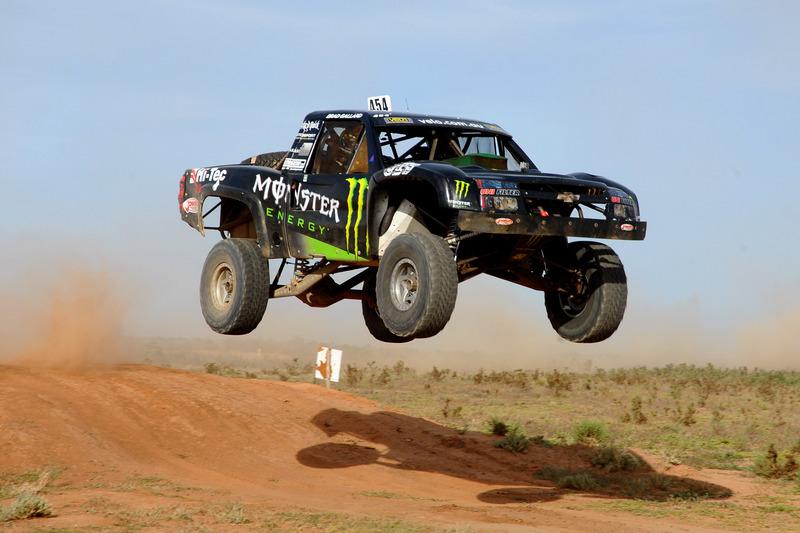 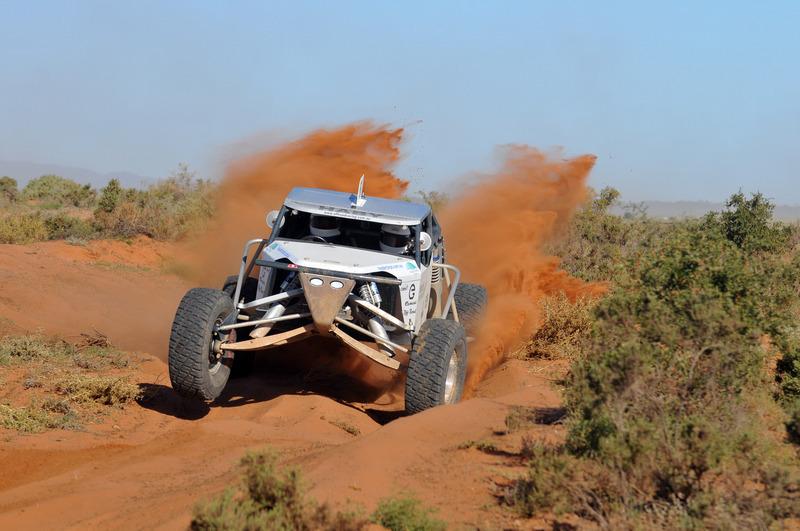