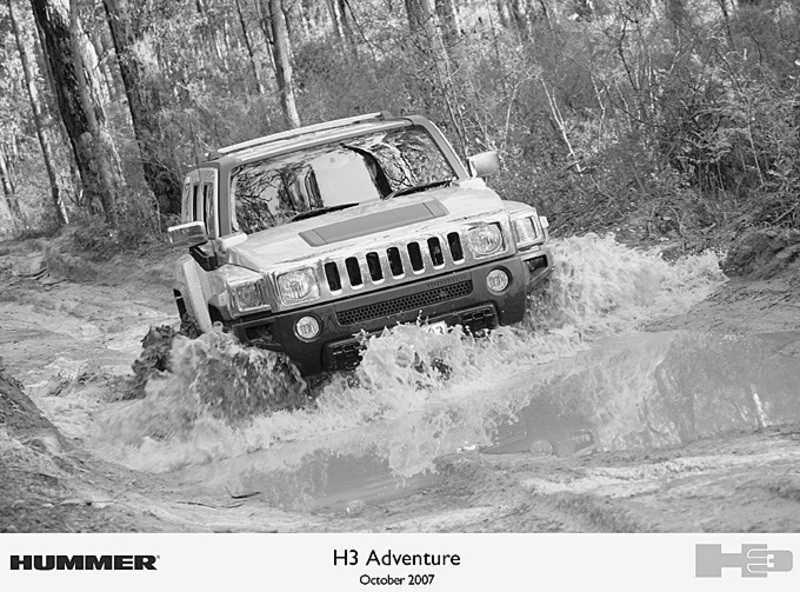 Let's rewind for a second.
Yes the Hummer has a proud history and apart from private imports, is now available from the factory in Australia for the first time. The H3 is as far away from the original Hummer as you can get, and as far as size goes this is not an issue. To put it into some sort of perspective, it is comparable in length and width with the Ford Territory. Its off road ability how-ever is something else again.

The first civilian versions of the Hummer were released in the US in 1991 and this side of the business was bought by General Motors in 1999. Last year saw the bigger H2 production cease, with the H3 now being sold in 35 countries around the world - Australia among them. The vehicles we drive are built in Port Elizabeth, South Africa. Up front it is fair to say that Hummer is not for everyone, but if you want a vehicle that smacks of "look at me", it certainly fits the bill!

Models
The Hummer is available in three variants with either five-speed manual or four-speed automatic depending on the model. All models are powered by the same 3.7-litre in-line five cylinder petrol engine, developing peak power of 180kW at 5600rpm and maximum torque of 328Nm at 4600rpm. Ninety percent of the torque being on tap between 2000 and 6000rpm.

H3 Adventure: The Adventure is the model that is best suited for hard core four-wheeling. Standard features are manual transmission (auto optional), the same level of specification as the Luxury model (excluding sunroof), but importantly adds a fully locking electronic rear differential and heavy duty two-speed transfer case with a super low range ratio of 4.03:1 for even greater off road performance. RRP $57,990 (manual) $59,990 (auto).

Our test model was the H3 Luxury and we had several days of sand driving scheduled in South East South Australia. As the Gods would have it we hit the area in the midst of some wild storms that brought torrential rain and despite the H3s capabilities made tackling the beaches a fool hardy exercise. We were able to do some limited beach driving with the H3 proving more than up to the task. Externally the H3 is an imposing vehicle, with strong boxy lines that confront with just a hint of menace. It has a wide Jeep-like seven slot grille, wide wheel arches and importantly the body sits high out of harms way. Front and back are two of the biggest recovery shackles you will ever find on any 4x4.

Inside the Luxury wants for little in way of equipment. The power adjustable front seats provide strong lumbar support and can be adjusted for tilt and angle. The dash is well laid out with a classy instrument layout. Annoying aspects of the cabin are the lack of width in the footwells. The automatic model without a clutch provides just enough space for a very narrow left foot rest. In manual models however, placing your left foot out of harms way is not so easy. The cabin ergonics are further compromised by the height of the floor pan. It may be just me, but I like to be able to sit in a drivers seat and to be able to genuinely bend your knee into a right angle position. In the Hummer as the floor pan is high, you are forced to virtually have your legs extended straight out as to bend them hits the low slung dash.

Another afterthought seems to be the position of a rather old fashioned twist and pull hand brake, which is located close to the driver's left knee. Rear seat accommodation is okay once you are inside - it's the getting in and out that is the problem. The wheel arch extends extensively into the door opening making access far too difficult. Interior space isn't too bad and with floor tie-downs and 12 volt plugs, we were able to store a reasonable load. Apart from before mentioned grizzles, the drivers position is good with an excellent seat and excellent forward vision. There are large side mirrors, but rear vision is compromised with several blind spots. Side windows are short and the rear slung spare wheel all inhibit vision. Our vehicle had useful parking sensors, but a rear view camera would be a useful accessory.

The H3 is only available with the one 5-cylinder engine and first impressions are that it is under powered. Launch speed is adequate and once you get used to it it isn't such a bad unit. At highway speeds it punts along admirably. While turbo diesel and V8 powerplants are available in other markets, a diesel engine isn't scheduled to be offered in Australia until 2009. This is unfortunate as I'm sure in the short term this will hinder sales as the Hummer isn't short of being a great 4x4. Like many potential buyers I would keep my cash until the turbo-diesel arrives. The H3 weighs in at 2.1 tonnes and this is a big ask of the petrol engine to push it along.

Driven hard performance is comparable to other big 4x4s, but the penalty is increased fuel consumption. The Hummer has a quoted figure of 13.8 litres per 100kms, one which when off roading whizzed up to around 18 litres, and yet on the highway we were able to better the official figures. It is when you pull off the bitumen that the strengths of the Hummer really come in to play. This is a gutsy 4x4 that is hard to stop. At launch we drove it with ridiculous ease at loose rocky grades that would see many well credentialed 4x4s slip and slide and struggle to maintain traction. The Hummer with superb ground clearance, off road gearing and grunt simply turned these tracks into a Sunday walk. Similarly on rutted trails, nothing came close to stopping the H3.

The Hummer uses a rear old style leaf spring suspension and independent arms at the front, which is really a first class combination. Ride is good in most conditions and on road there is minimal handling issues with slight body roll. The Hummer is also well equipped with safety equipment with stability control, traction control, ABS, dual front airbags with passenger sensing system and curtain airbags. While the Hummer may not be best in field in certain areas, it is a vehicle that the more time you spend with it the more you appreciate its character and capability.

At pick up I had some reservations about the H3, but I admit by weeks end it had done more than enough to win me over. It has loads of character, genuine off road ability and a classy interior. For the price you get a lot of 4x4 for your money and a stand out vehicle that certainly sets you outside the square!
-Brian Tanner 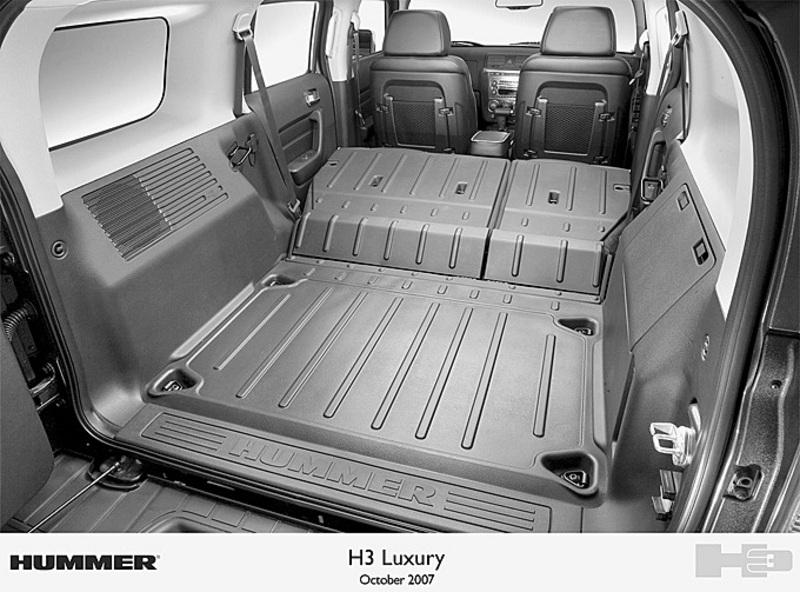 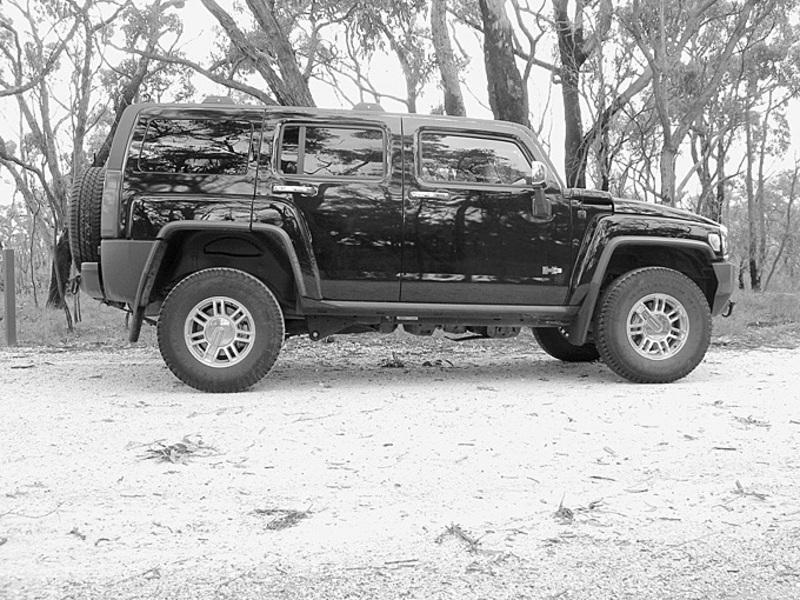