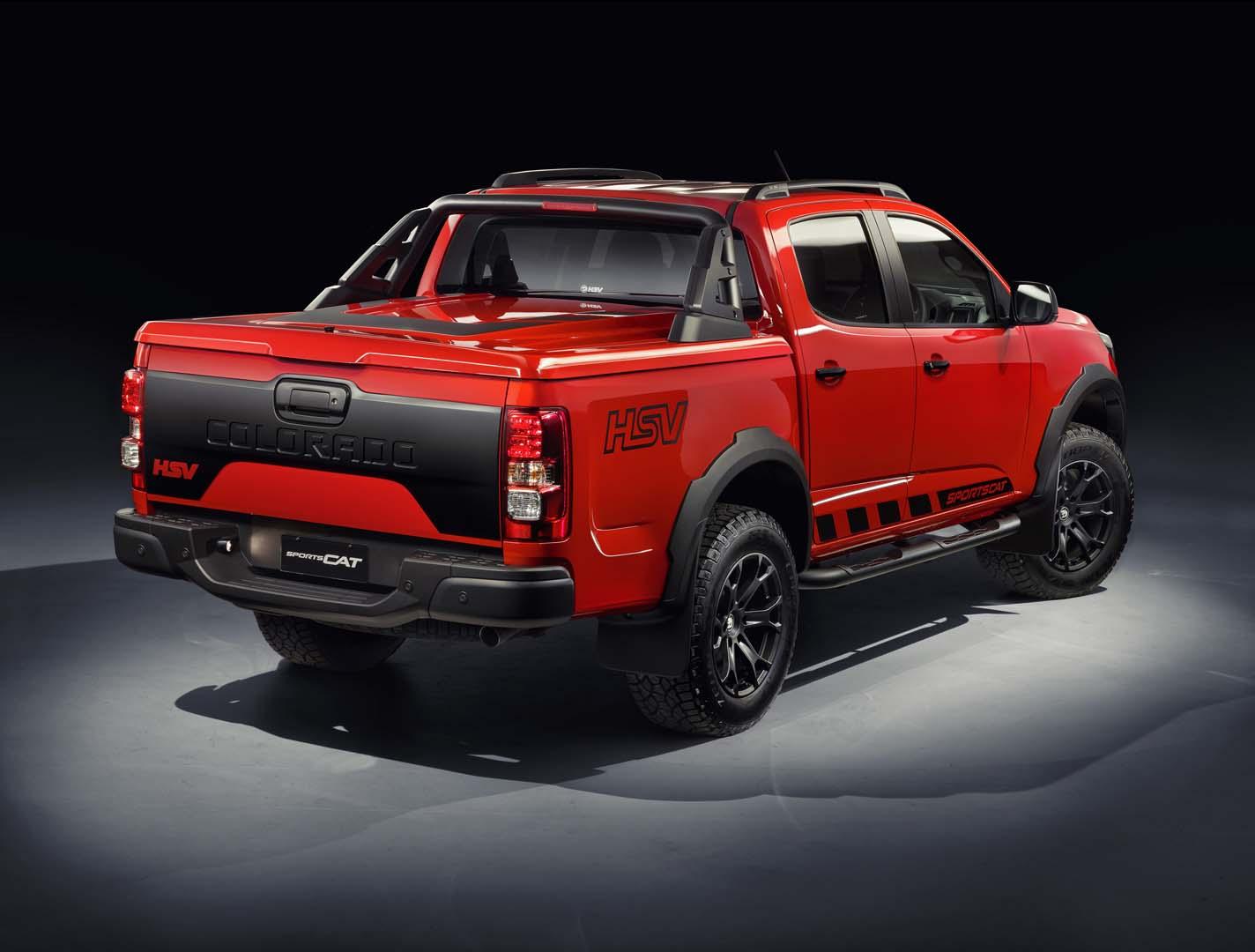 Running gear remains unchanged from the standard Colorado Z71 the HSVs are based on, with a 2.8-litre Duramax turbo diesel four-cylinder engine producing 147kW and 500Nm. A 6-speed manual transmission is standard fitment, with a 6-speed auto an extra-cost option.

While there are no drivetrain upgrades, the driving dynamics are enhanced, thanks to changes to the HSV Sports Suspension.

The front spring rate has been stiffened to 110Nm/mm and front strut braces have been added, with dampers retuned to suit. The result is less body roll, improved steering feedback and what HSV calls a “more performance biased handling characteristic”.

Ride height has been lifted by 25mm as part of this change, which rises to 45mm with the new, larger 18x10-inch alloys that also widen the track by 30mm. With 285/60 R18 Cooper Zeon LTZ tyres fitted, the wheels and the lifted suspension improve the approach angle to 32 degrees and ground clearance to 251mm, while reducing rake. Departure angle of 24 degrees is also mildly improved.

While the front-end changes apply to both SportsCat variants, only the SportsCat SV gets a decoupling anti-roll bar on the rear.

Already developed by HSV and previously available on the SportsCat+, the anti-roll bar improves on-road handling, while the de-coupling function allows the ute to retain its off-road ability. When 4L is selected, the anti-roll bar is immediately deactivated.

The front suspension changes and the larger wheel and tyre package have led to the ESC being recalibrated to suit, with the Traction Control System also recalibrated, with the aim of providing less aggressive interventions to suit performance driving without compromising safety.

HSV’s Chief Engineer, Trevor Barallon, said: “With the revisions we’ve made to the vehicle’s suspension, combined with the AP Racing brake package, the Rear De-coupling Anti-roll Bar and our exclusive wheel and tyre package, we believe we offer a truly unique driving experience - enhancing the off-road performance of the vehicle, whilst at the same time setting a new benchmark for on-road driving dynamics.”

Importantly for those looking to tow and carry, the standard Colorado max tow rating of 3,500kg and 1 tonne payload have not been impacted by these changes. 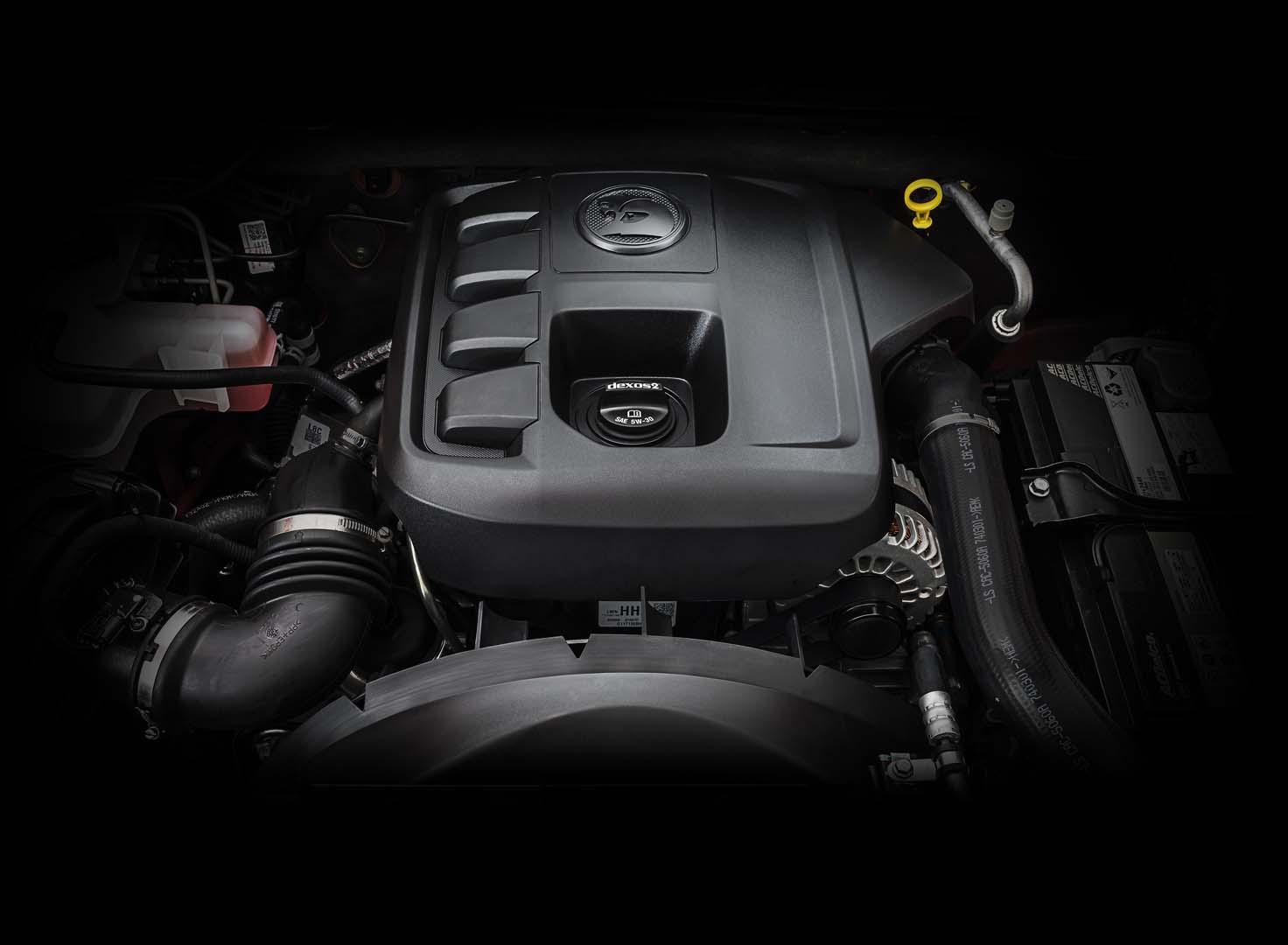 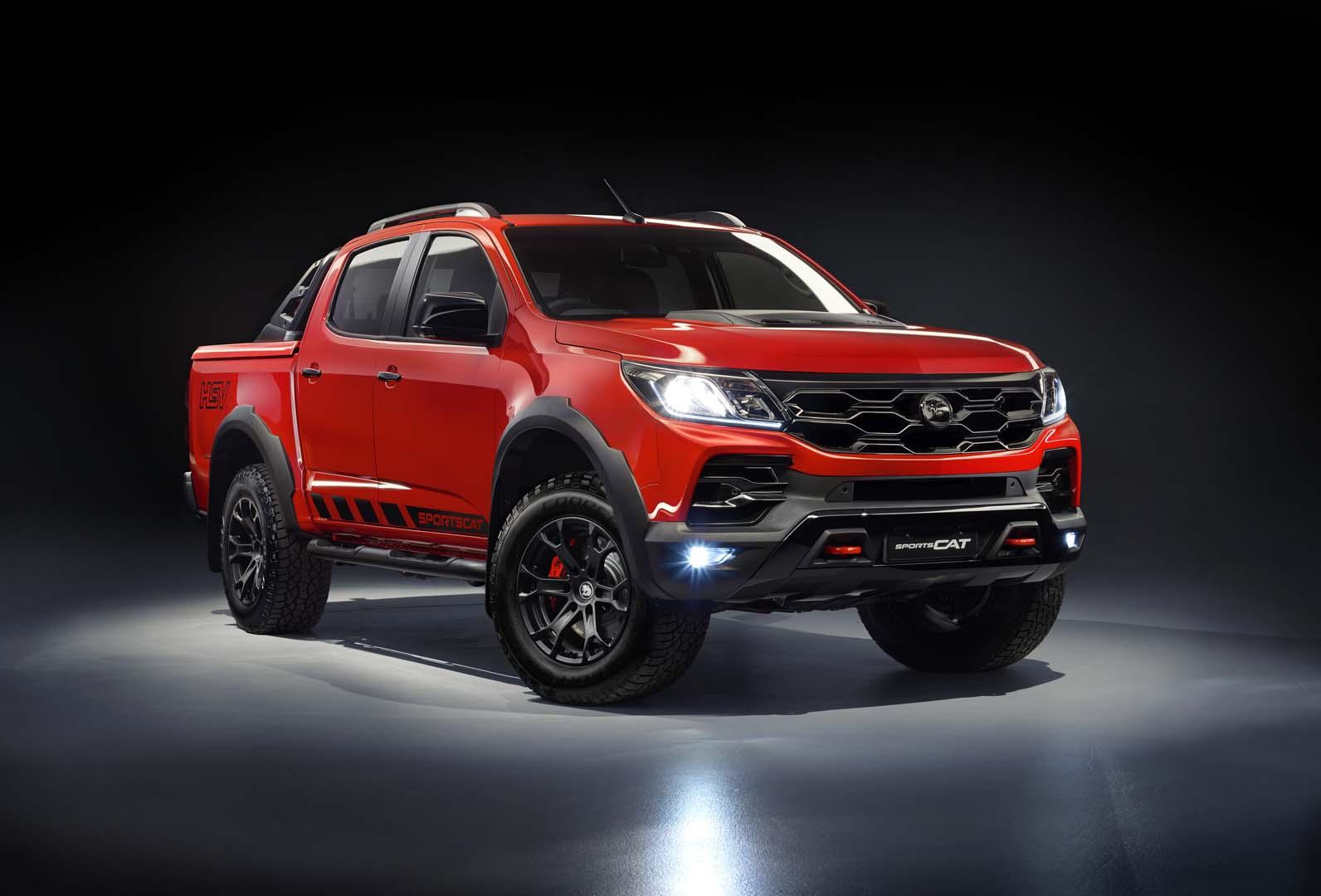 The AP Racing brake page that was previously an extra-cost option on both SportsCat models is now standard on the SV and optional on the V.

Made up of four-piston calipers on 362mm x 32mm front rotors, the AP Racing package is supported by a larger diameter brake master cylinder for improved pedal feel, especially during heavy braking. Adding this package to the SportsCat V is a $2,295 additional cost.

To suit this package and the new wheel and tyre set, the ABS is re-tuned to suit.

As good as this package is, the rear brakes are still drums, unlike the discs available on HSV rivals like the Ranger Raptor and Mercedes-Benz X-Class. 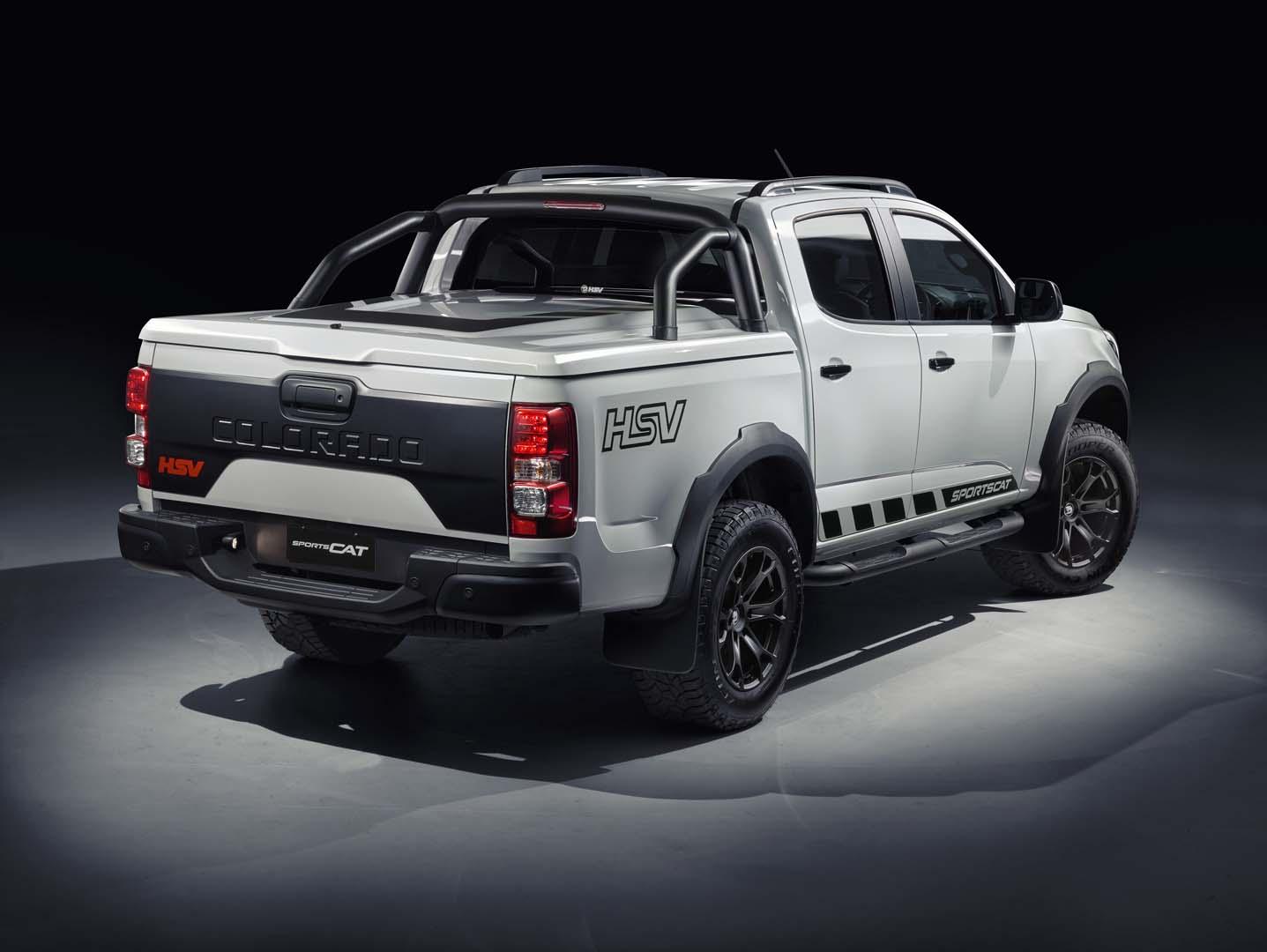 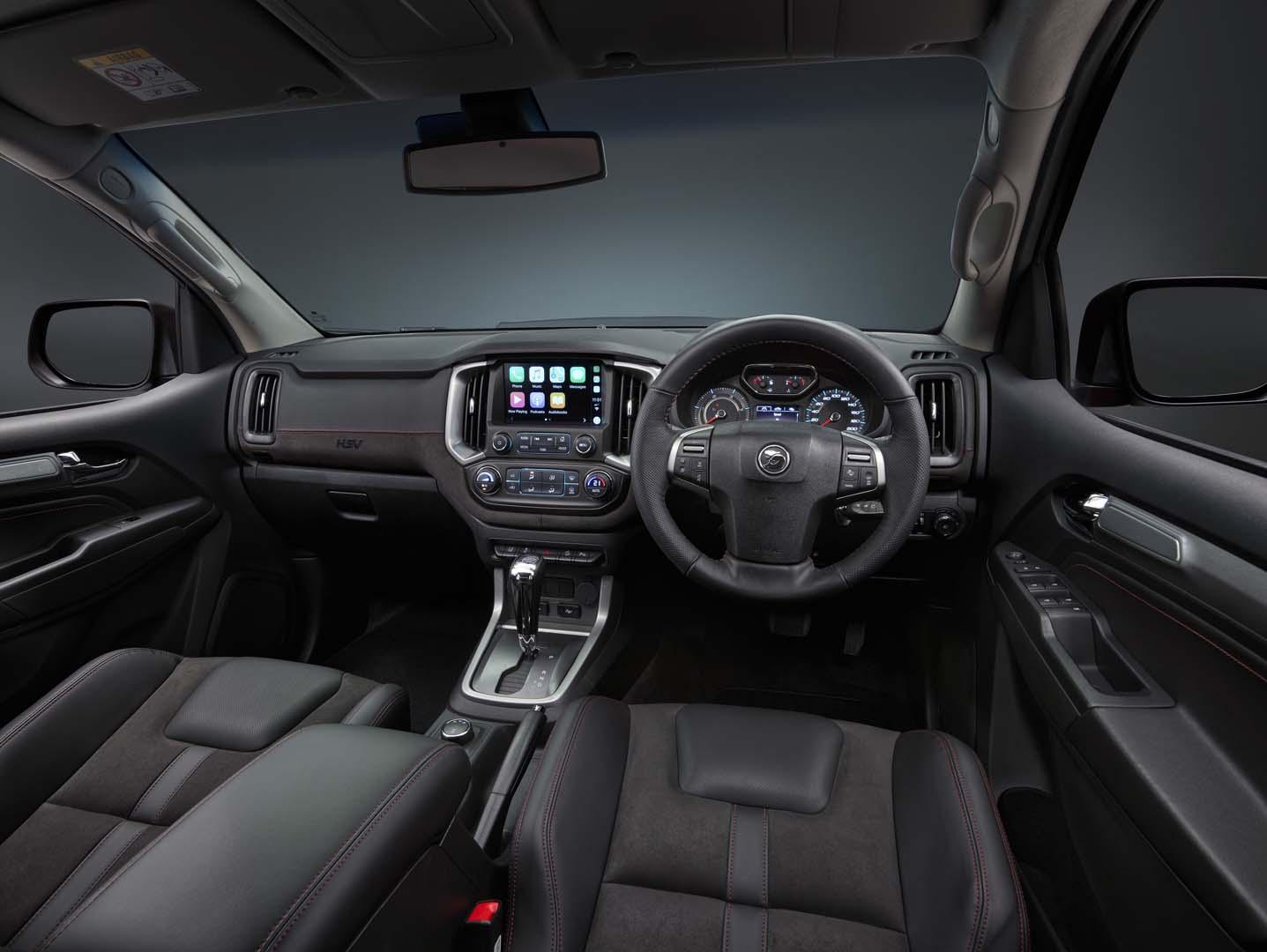 A mild makeover of the SportsCat’s exterior styling starts with a gloss black finish for the grille, front vents and lower fascia trim, while the all-new 6-spoke wheels are finished in matte black.

More HSV branding features, too, including the large HSV side decals from the SportsCat RS limited-edition released earlier this year, with an HSV badge added to the tail gate. SportsCat identification is now part of a strobe stripe along the lower sills, while HSV logos grace the grille, engine cover and centre caps of the wheels.

Inside, HSV branding has been added to the standard steering wheel boss logo, with branded floormats now fitted, too.

The major new addition inside is the front seat upgrade to HSV Performance seats with a new trim pattern. Finished in leather with Windsor suede inserts and HSV-embroidered headrests, these seats are said to offer superior support and comfort to the stock Colorado seats.

The steering wheel is still leather wrapped, but is thicker and has been reprofiled for better grip.

“We wanted our design to look strong and purposeful, yet beautifully integrated. The enhancements we’ve introduced with Series 2 accentuate that theme and deliver a road presence that’s truly distinctive and unique.” 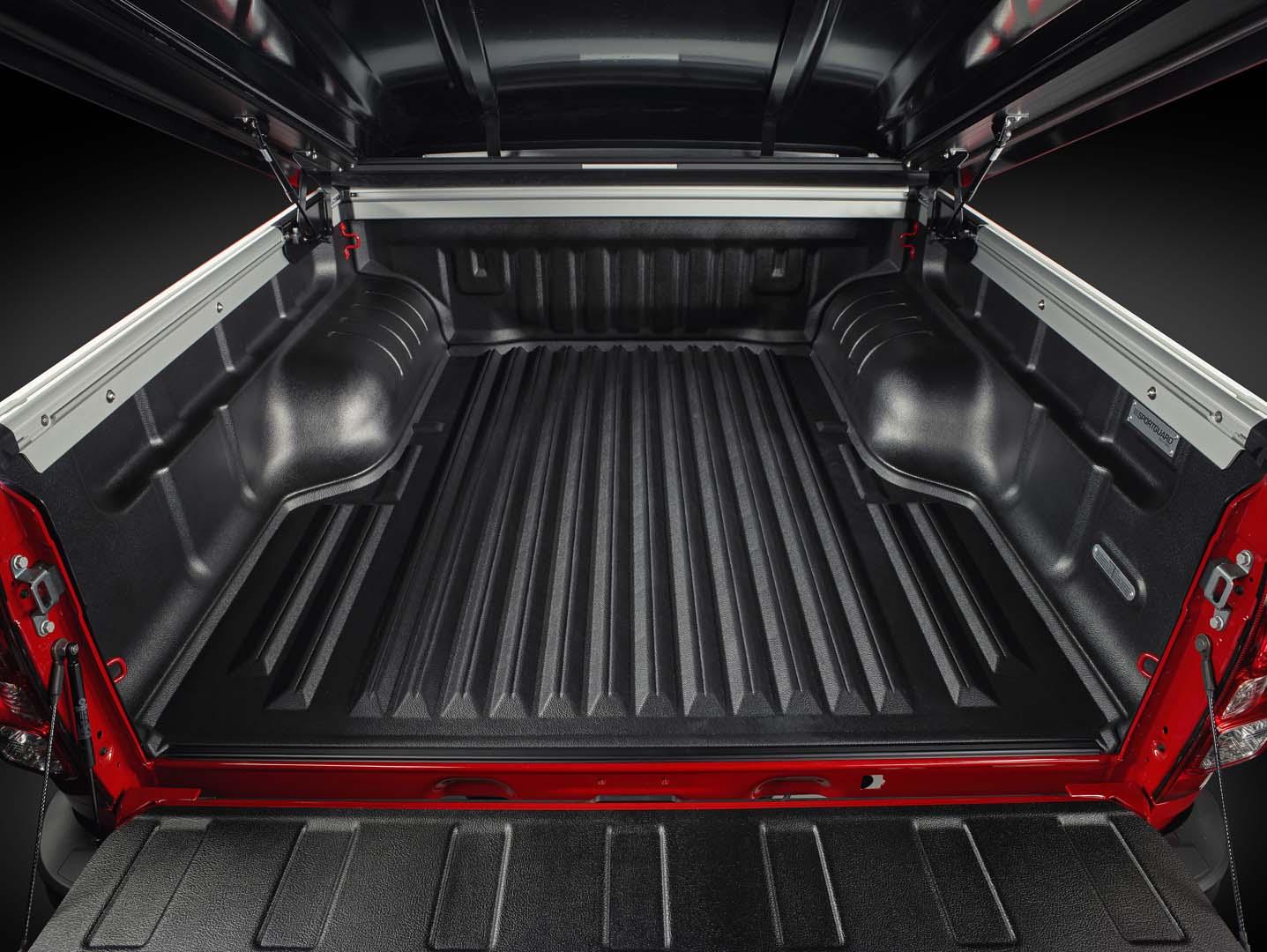 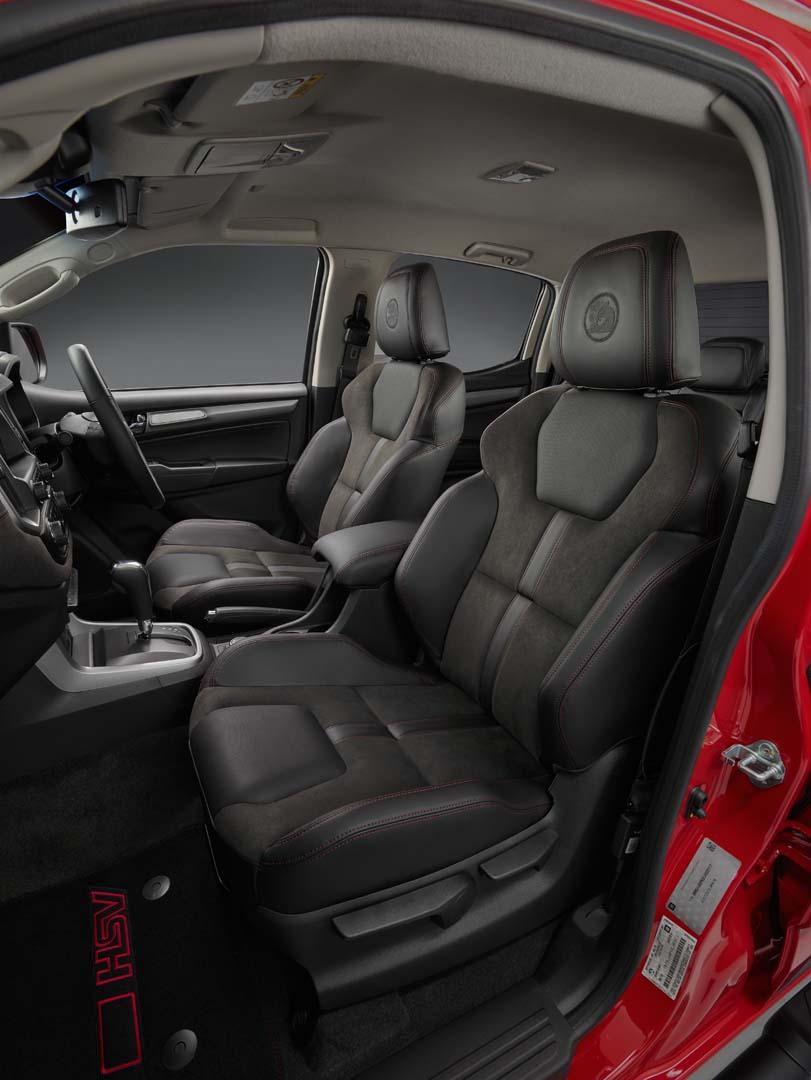 Options for both variants include a tubliner ($300) and prestige paint ($550), with eye bolt fastening points for the tub, a roof rack and ‘Load Master’ cargo barrier also available.

The SV’s AP Racing brakes and de-coupling anti-roll bar are available on the V for $2,295 and $2,795 respectively.

The sailplane sports bar for the SV is a $1,300 option, while the standard hard tonneau and sports bar can be deleted from the SportsCat V, saving $2,500.

See your HSV dealer for more details, or go to: hsv.com.au 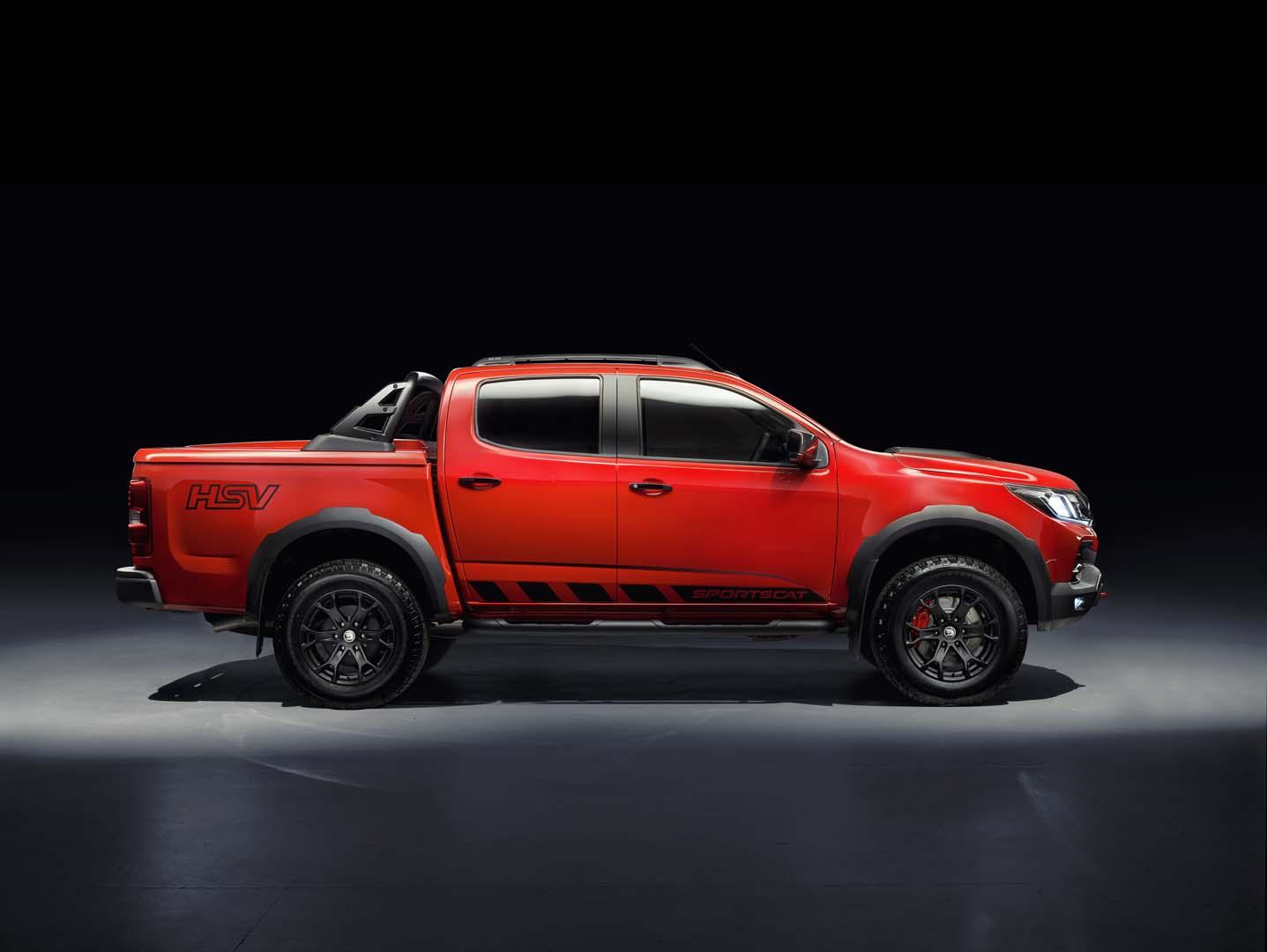 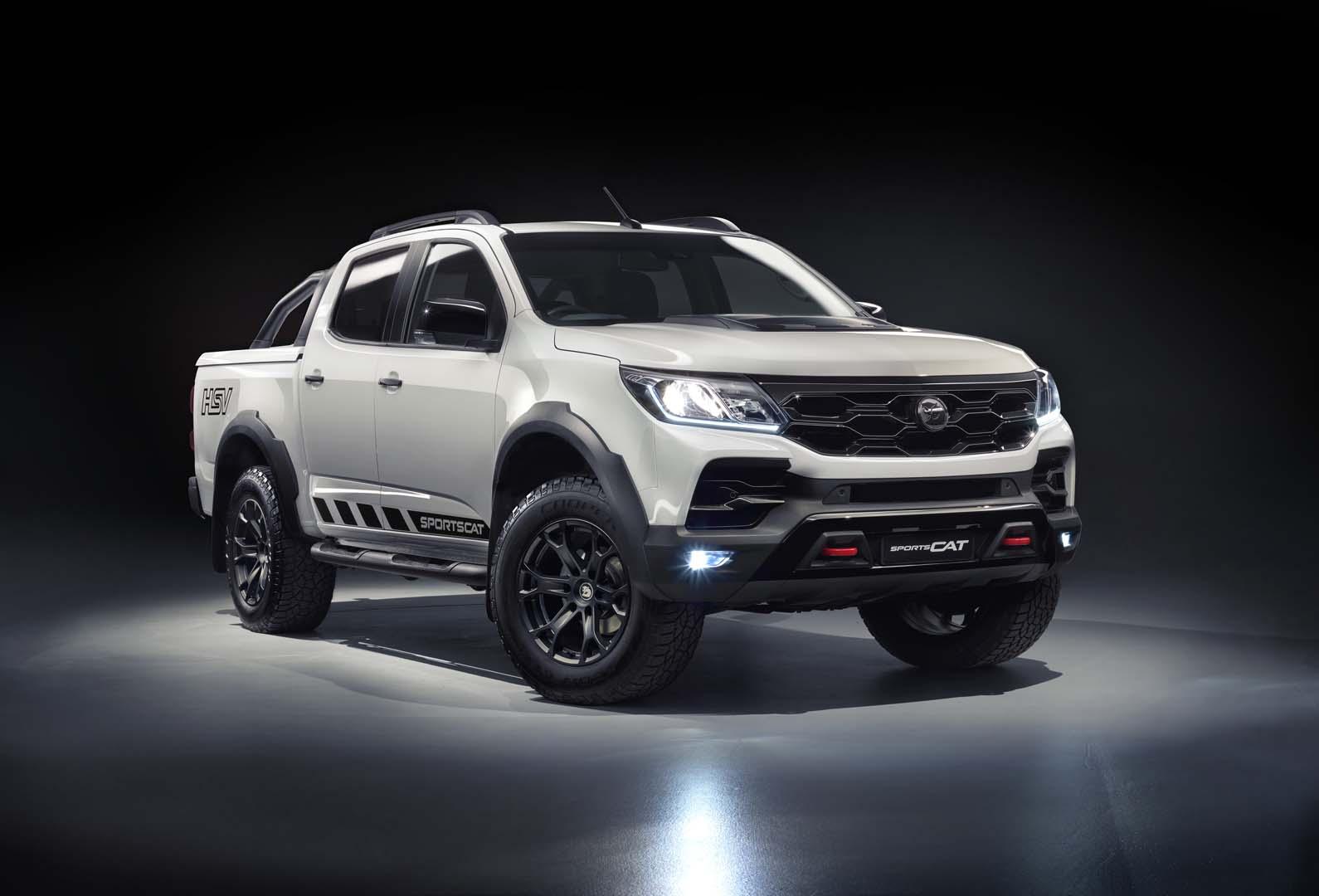