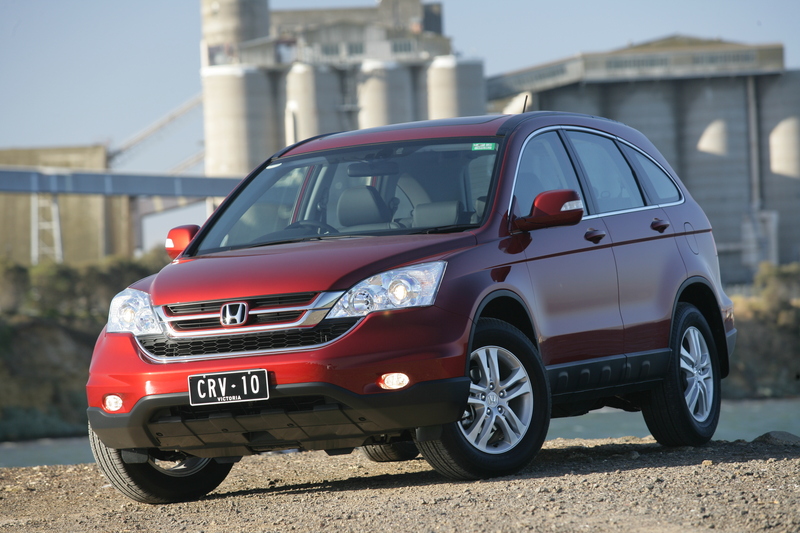 The Japanese offering comes in three guises - Standard, Sport and Luxury - and pricing kicks off at $30,990 for the manual Standard (add $2,300 for automatic), rises to $38,790 for the automatic Sport and tops out at $42,790 for the Luxury automatic. Metallic paint adds $475. These prices include GST but not statutory or dealer delivery charges. The big news on the safety front is that Honda has added curtain airbags to the standard kit menu for the entry-level model and this means that all three CR-Vs now come with dual front, side and full-length curtain airbags.

While ABS brakes with electronic brakeforce distribution, electronic stability control and traction control add to the car's safety credentials, it has a four star ANCAP rating rather than the five stars that have been awarded to some of its rivals, including the segment leading Subaru Forester. One of the noticeable improvements found on the new model is the revised MacPherson-strut front suspension. Working with a multi-link double-wishbone rear set-up the new arrangement has sharpened up the CR-V's ride and handling and overall driving dynamics.

Honda engineers revised the front castor angles and the rear suspension bushes at the rear, now the handling is even more car like than before. Noise, vibration and harshness (NVH) has also been refined. This has been achieved by the addition of extra sound deadening around the engine bay and throughout the cabin, whilst revised exterior mirrors have helped cut wind noise. Styling wise there are new look bumpers and grille, revised exterior mirrors and chrome exhaust tip and new alloy wheels on both the Sport and Luxury models.

Inside, there are subtle changes to the door handles and interior surfaces and better quality fabrics and plastics. While the entry model gains curtain airbags, the mid-spec Sport - the car we tested - now rides on new seven-spoke alloy wheels and the Luxury has new-look twin-spoke alloy wheels as well as automatic headlights and wipers. All three CR-V models can be specified with new accessory packs. The 'Active' pack includes Bluetooth, side steps, roof racks, deluxe mats, a cargo protector tray, chrome exhaust tip, side window visors, door sill garnish and dust and pollen filter.

The 'Modulo Sports' features side steps, front skid plate, rear skid plate, Tailgate spoiler, Sports grille, chrome exhaust tip and chrome mirror covers. Both packs sell for $2,699 including fitting. The updated CR-V range continues to be powered by Honda's 2.4-litre double overhead cam petrol engine that delivers 125kW of peak power at 5800rpm and 218Nm of maximum torque that kicks in at 4200rpm. Unfortunately no diesel is available, which is a shame given that all SUVs - even the compact ones - thrive on turbo-diesel power and torque.

The Sport version in which Just 4x4 spent a week the I-VTEC "four" was mated with a five-speed automatic transmission and this combination can sprint the car to 100km/h in 11 seconds - not exactly earth-shattering acceleration. Honda claims a combined fuel-consumption figure of 10.0litres/100km on 91RON unleaded petrol from the car's 58-litre tank. Not that you'd want to tow anything much bigger than a small trailer or a lightweight "tinny" boat, but the 1620kg CR-V's unbraced towing capacity is set at 600kg and this rises to 1500kg with trailer braking. The CR-V has some serious competition in what is a very competitive segment.

The category leading Subaru Forester attracts around twice as many monthly sales as the Honda, which is also up against the likes of the Toyota RAV4, the Holden Captiva, the Korean cousins the Kia Sportage and Hyundai's striking new ix35, the Ford Escape, the Mazda CX-7, Mitsubishi's Outlander, Nissan Dualis and X-Trail, Renault's Koleos, the Skoda Octavia, Jeep's Patriot, the Suzuki Grand Vitara and VW's Tiguan. The list goes on. Most months, the Honda sits at number four or five on the sales pop chart. One overwhelming impression generated by the CR-V when you're behind the wheel is the feeling of solidity and build quality.

The seats are excellent, height, reach adjustable steering means that settling into the perfect driving position is a breeze. As well as that, the ergonomics for the driver are great. There are plenty of cubbyholes for those bits and pieces including generous centre console bins and door pockets. For the driver, the dials and LED information read-outs are nice and clear so it's easy to be kept informed about what's going on. Visibility - especially to the front - is also excellent. In summary, the CR-V is one of the better players in the compact SUV segment. 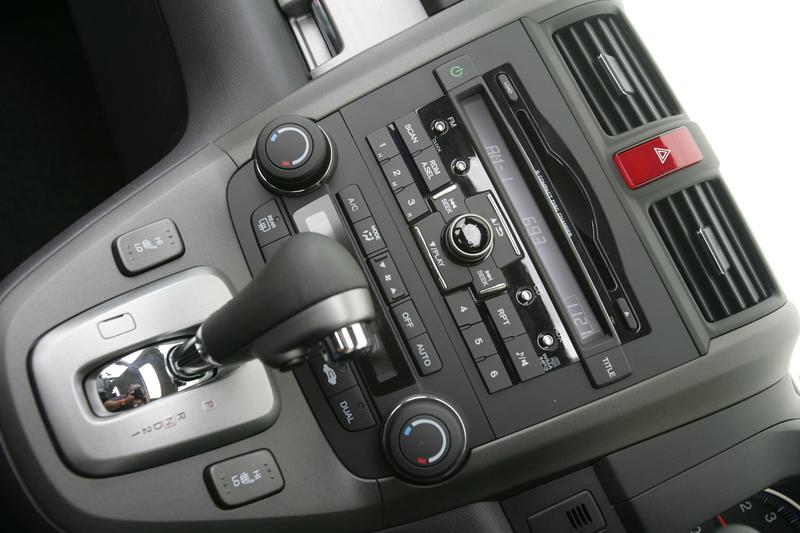 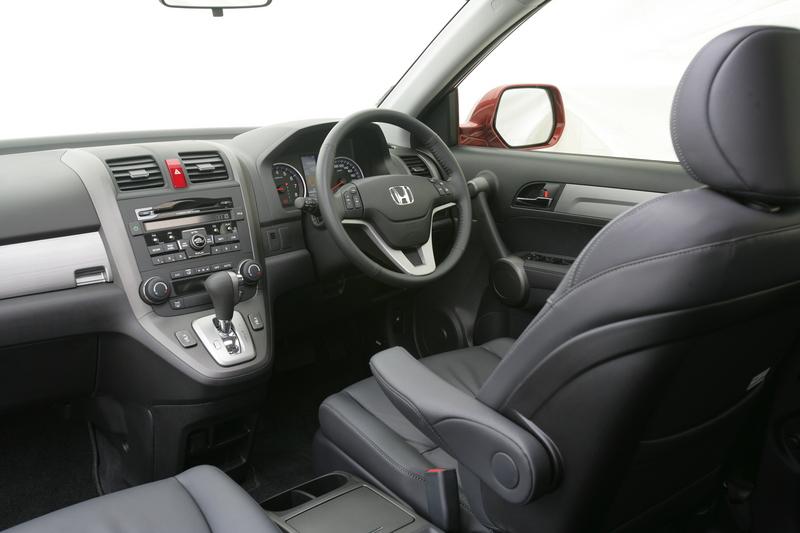 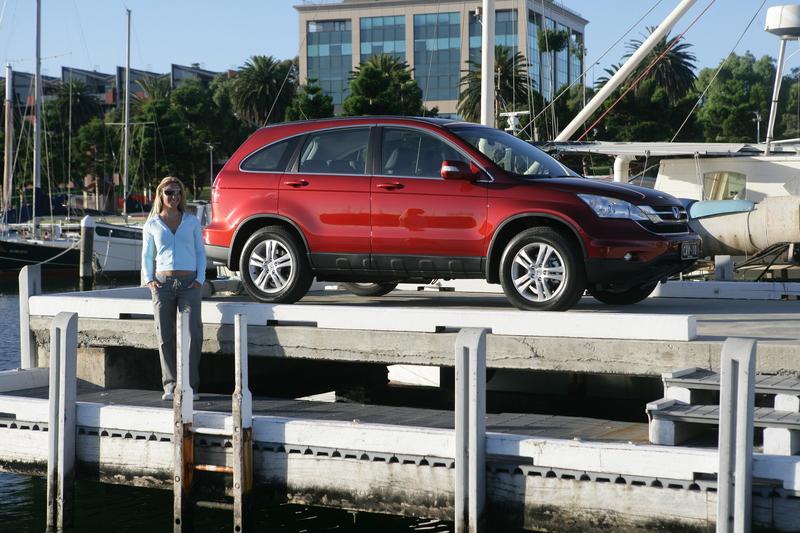 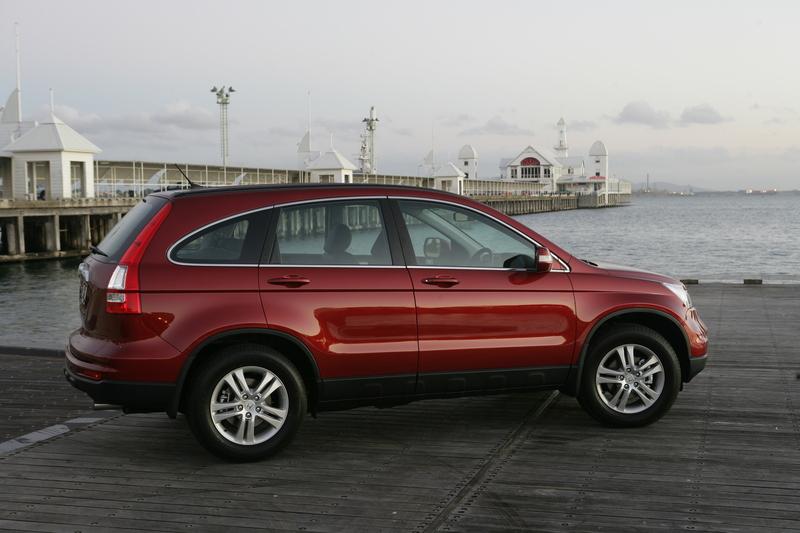