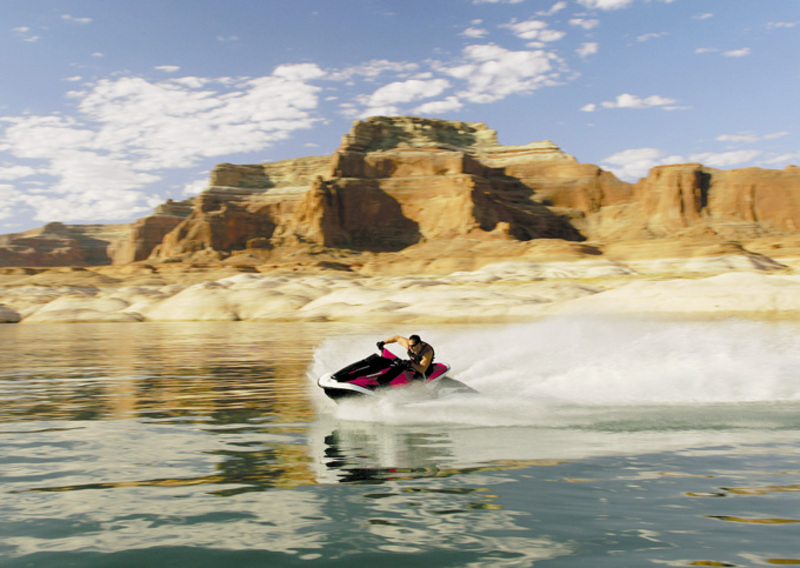 The Latest Generation of Personal Watercraft
Those looking for the latest in high tech "motorcycles on water" will appreciate the AquaTrax four-stroke personal watercraft from Honda.

As a leader in 4-stroke technology, Honda engineers have set the standard for combining high performance with low emissions in the latest generation of fuel-injected, four-cylinder, 1235cc, four-stroke PWC's. The AquaTrax F12, F12X and R12 are the culmination of years of R&D in a market that has grown rapidly both overseas as well as in Australia since the 1980's. As the power sports industry grew, Honda R&D went to work on a fresh approach to the PWC idea, and in 1996, the first prototypes took shape just as the industry reached an environmental crossroads. Starting from scratch allowed Honda engineers to develop one PWC design that could do it all - one, two or three-person cruising, sport riding, or even towing a skier or wakeboarder. As a result, AquaTrax hull design is now focused on turning, stability and ride comfort.

According to Rod Day, Honda Australia's PWC Business Development Manager, the manufacturer wanted turning characteristics similar to that of a motorcycle. "Stable turning and straight line stability at speed were really important in the design of these machines because a jarring ride on choppy water is no fun," he said. "Just like a motorcycle, customers want a plush ride as well and they will certainly get it with any one of these models." A deeper deadrise (an angle measured from the keel up toward the water line) in the hull shape yields a softer, smoother ride, but it also takes more power to quickly accelerate up to planing speed. That's why both models of the AquaTrax incorporate fuel-injected, four-cylinder, 1235cc, four-stroke marine engines. A normally aspirated trim engine, fitted to the AquaTrax F-12, makes 137 bhp. Add the intercooled turbocharger found on the F-12X & R-12X models, and Honda's new top of the line watercraft ups the ante to an amazing 165 bhp! 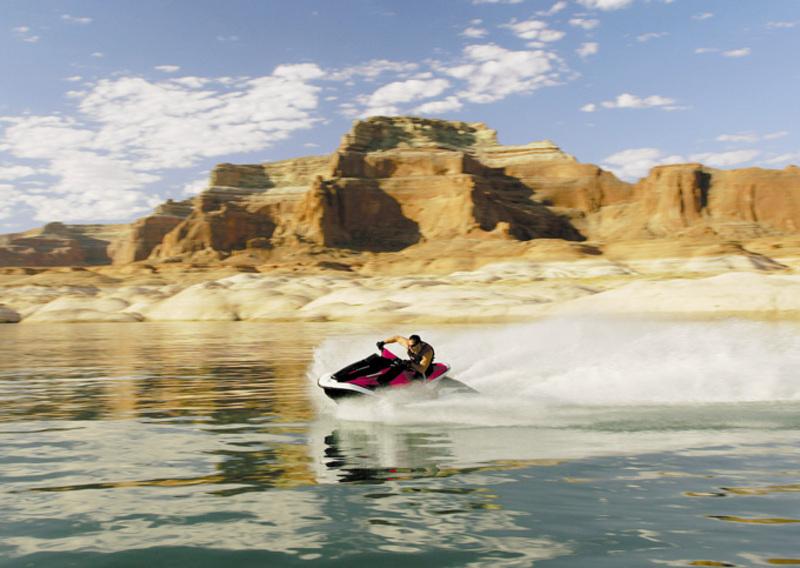 Honda also carefully matched pump characteristics to each engine for maximum performance. "These PWC's have as much muscle as any one rider will need," Day said. Each craft also features an abundance of creature comforts such as generous storage areas, easy-to-read instrumentation, quiet operation, and a surplus of torque to quickly accelerate the AquaTrax to planing speed. Honda is also the first PWC manufacturer to use an off-throttle steering (OTS) system on all models. The OTS offers a programmable limit mode that lets the rider match performance to the skill level of a particular operator. The two-seater R-12X also introduces to sport PWCs a feature usually reserved for racing - an adjustable race-inspired trim system to control the attitude of the R-12X's bow. This ingenious system redirects the angle of the drive system's jet nozzle via a positive mechanical-linkage system. By dialling in trim during take-off, the rider can bring the PWC to planing speed from a standing start much quicker. Actuating the innovative trim system also allows the hull to change direction more quickly while turning aggressively — a big bonus for sport riding.