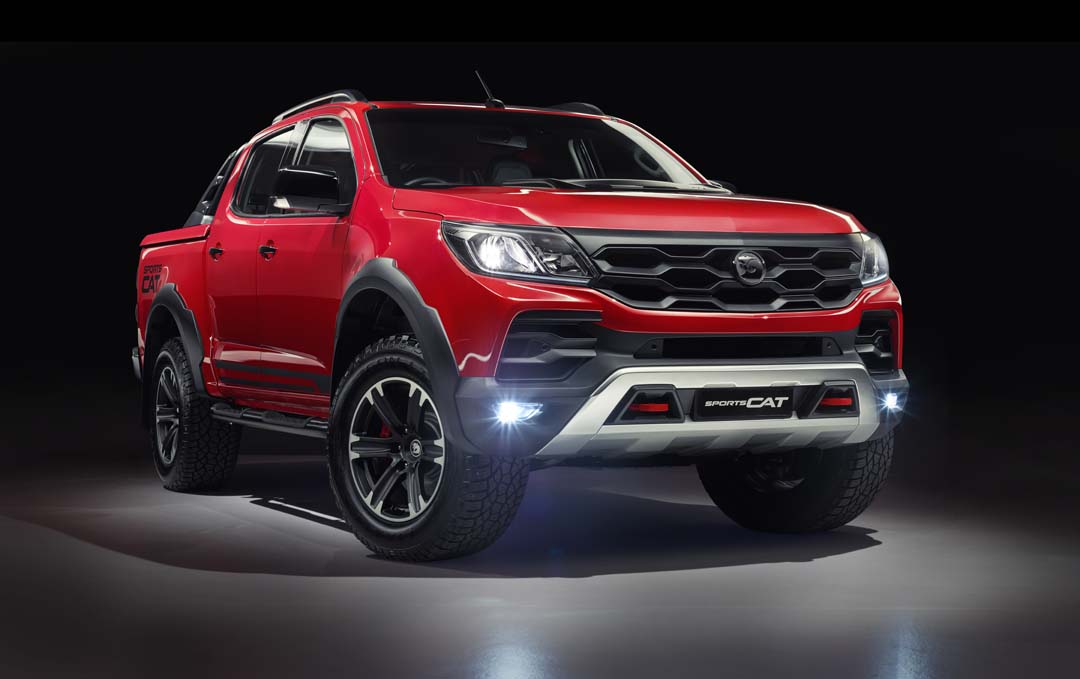 Announced at the same time as a new joint venture between Holden and HSV that will see the latter responsible for RHD conversions of GM vehicles like the Chevy Silverado pickup (see separate News item), the Colorado ‘SportsCat’ was revealed in December.

Described as the most advanced sports 4x4 on the market, the SportsCat features numerous changes over the dual cab Colorado 4x4 it’s based on. 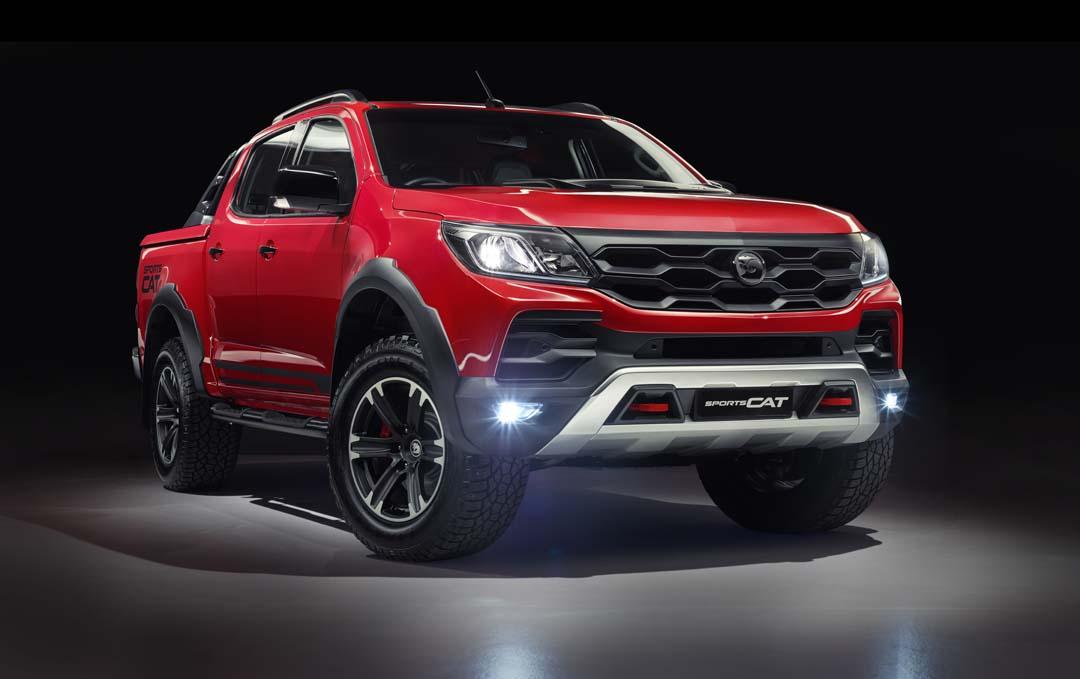 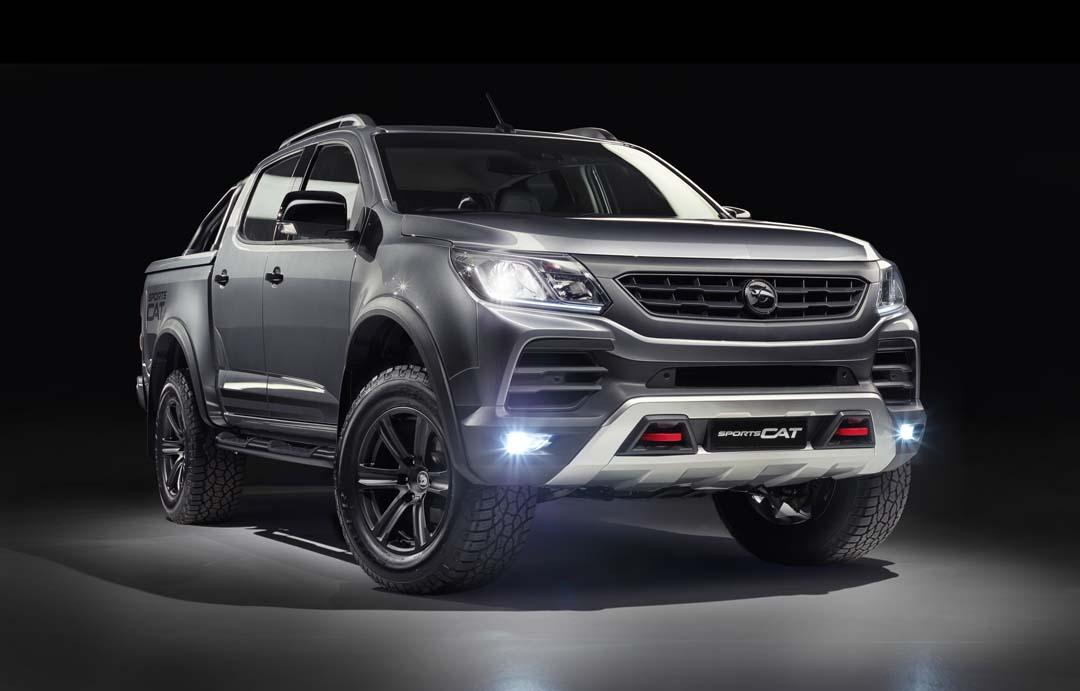 Two variants will be offered – SportsCat and SportsCat+ – both of which feature exterior and interior styling enhancements by HSV, as well as suspension and chassis modifications designed to make the Colorado more capable and more of a “driver’s machine” on the road. 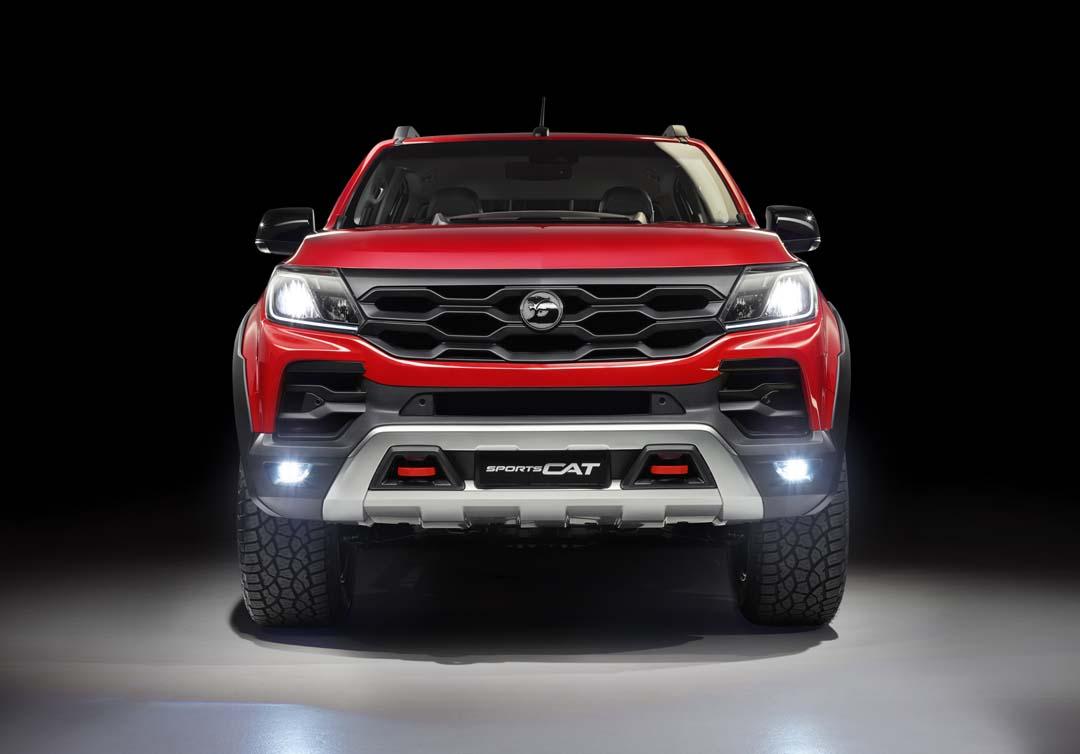 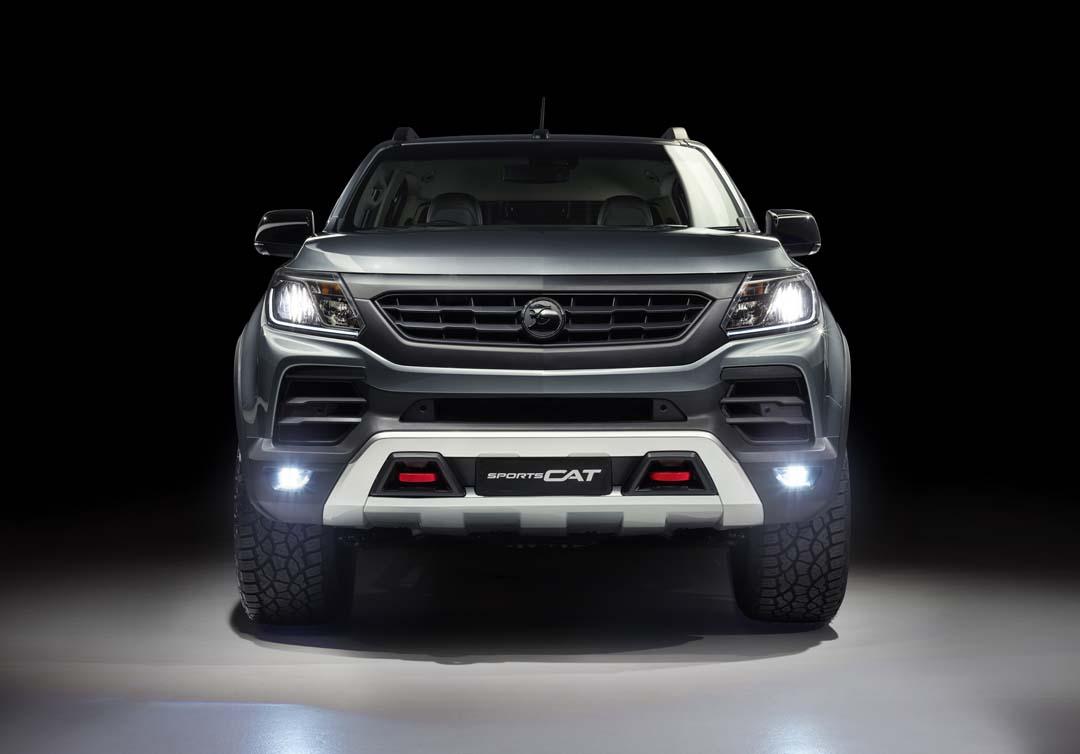 “We set ourselves some pretty aggressive targets heading into the SportsCat program,” said Joel Stoddart, HSV’s Engineering Director. “We wanted to set the benchmark for on-road performance without compromising the vehicle’s off-road capabilities. I’m confident the team has delivered on both counts”. 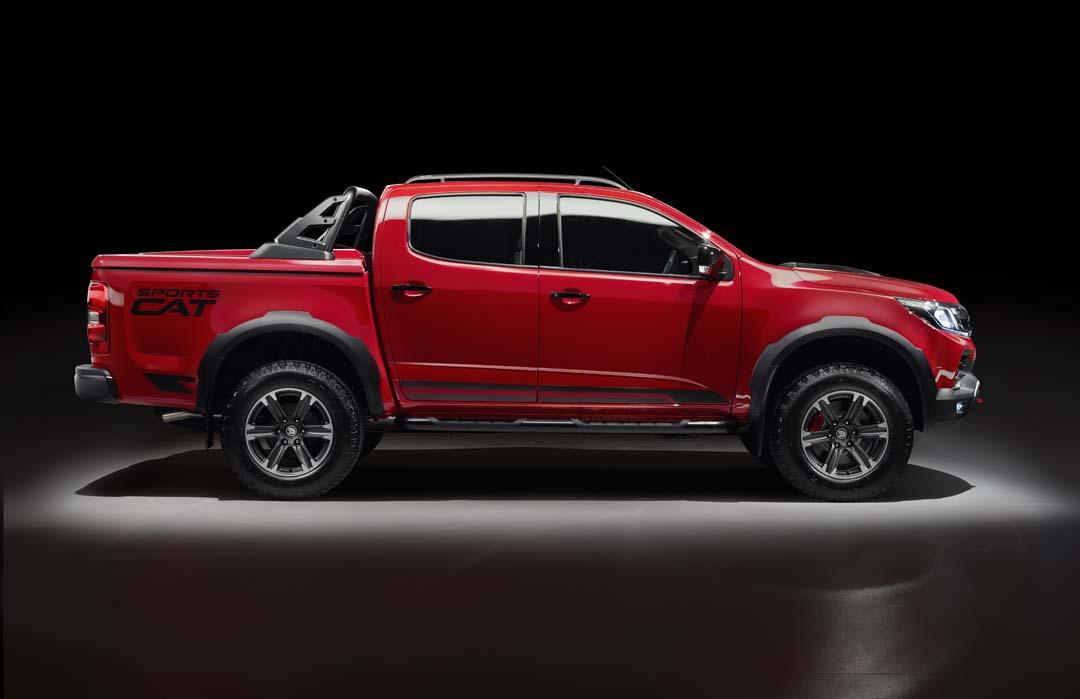 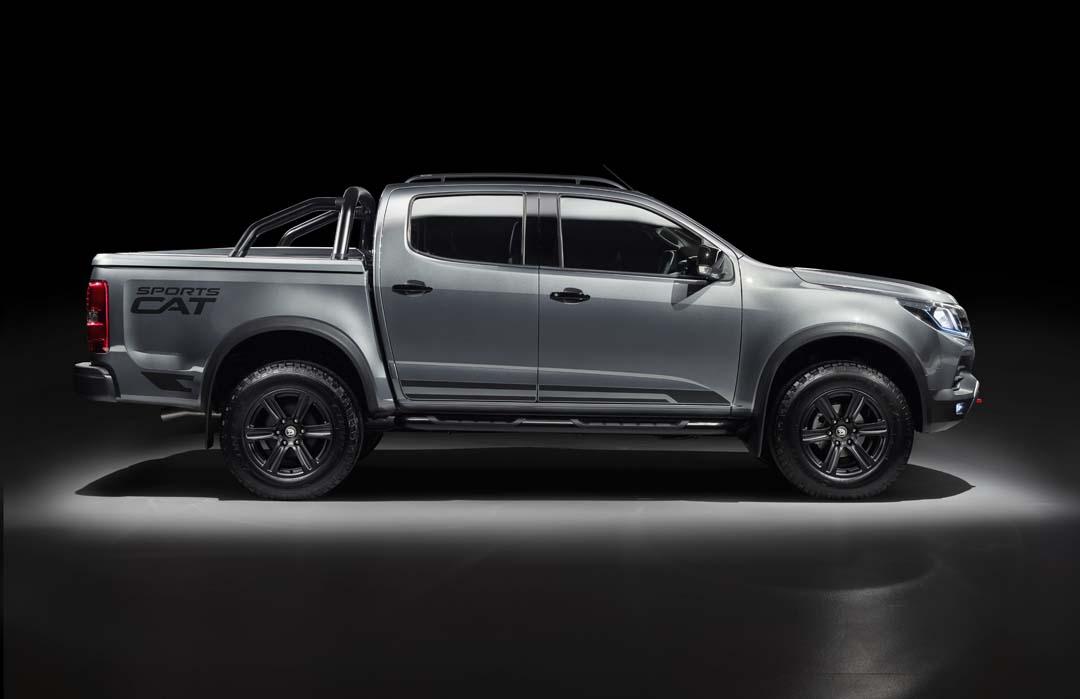 The consequence is increased approach and departure angles for the 4x4 dual cab, but this was not the aim. Instead, the goal was to deliver improved driving dynamics on tarmac, as HSV’s Managing Director, Tim Jackson, explained: “What we wanted to do with the SportsCat program was dial up the vehicle’s on-road characteristics, given that’s where most people tend to spend the bulk of their time driving their vehicle.” 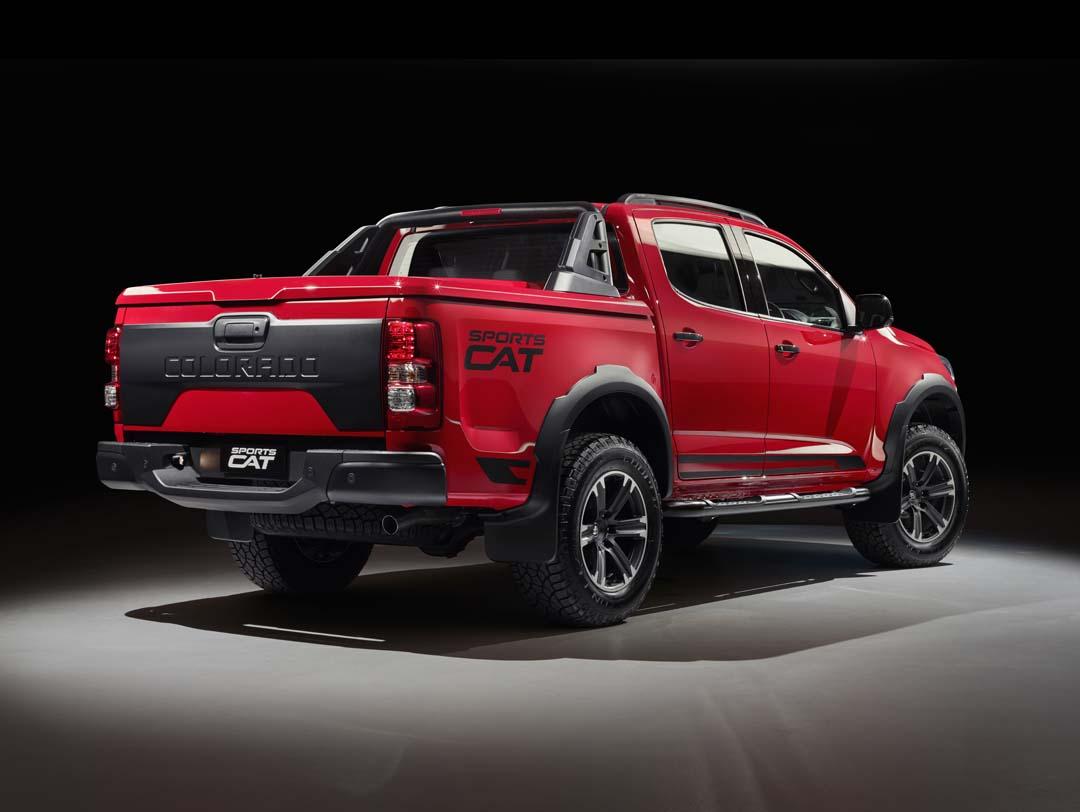 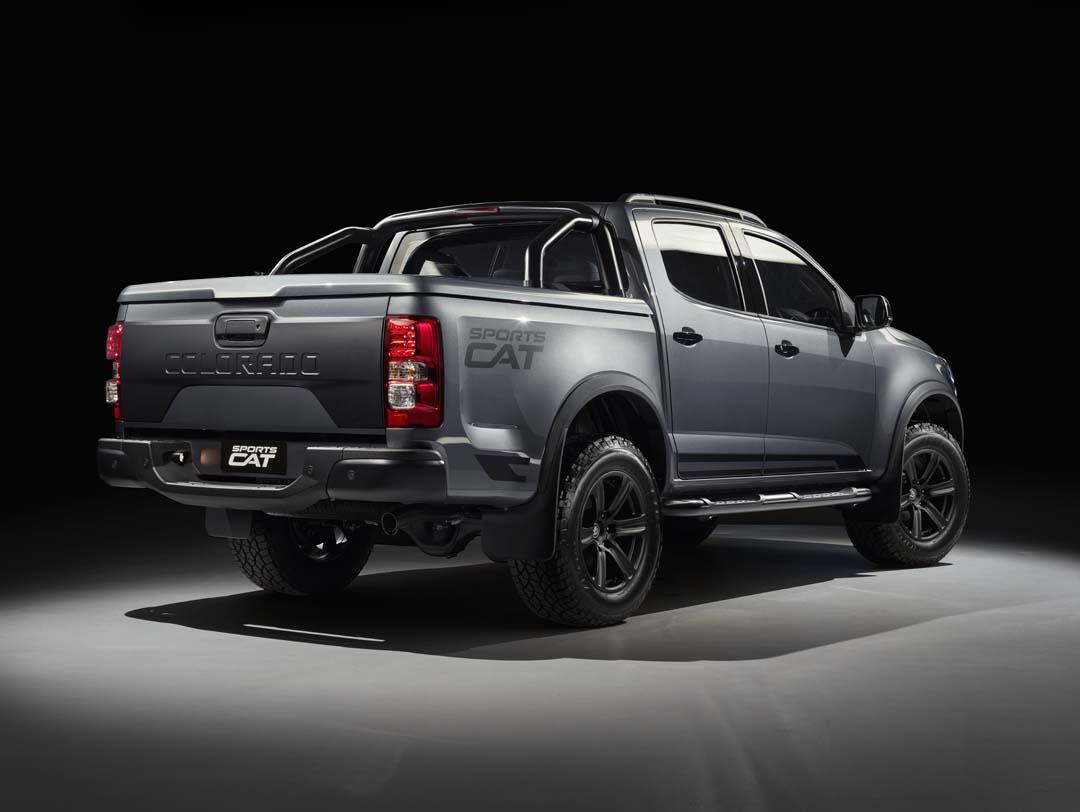 To this, the SportsCat+ adds a Rear De-Coupling Anti-Roll Bar, which HSV chassis engineers developed specifically for this vehicle. Basically, this sway bar improves on-road performance at high speed by controlling rear-end body roll, thereby improving the Colorado’s overall balance and turn-in response. The de-coupling feature means it can essentially be deactivated for off-road driving.

An optional extra on the SportsCat+ will be SupaShock suspension, first seen on HSV’s GTSR W1, which is firmer and even more road-biased. 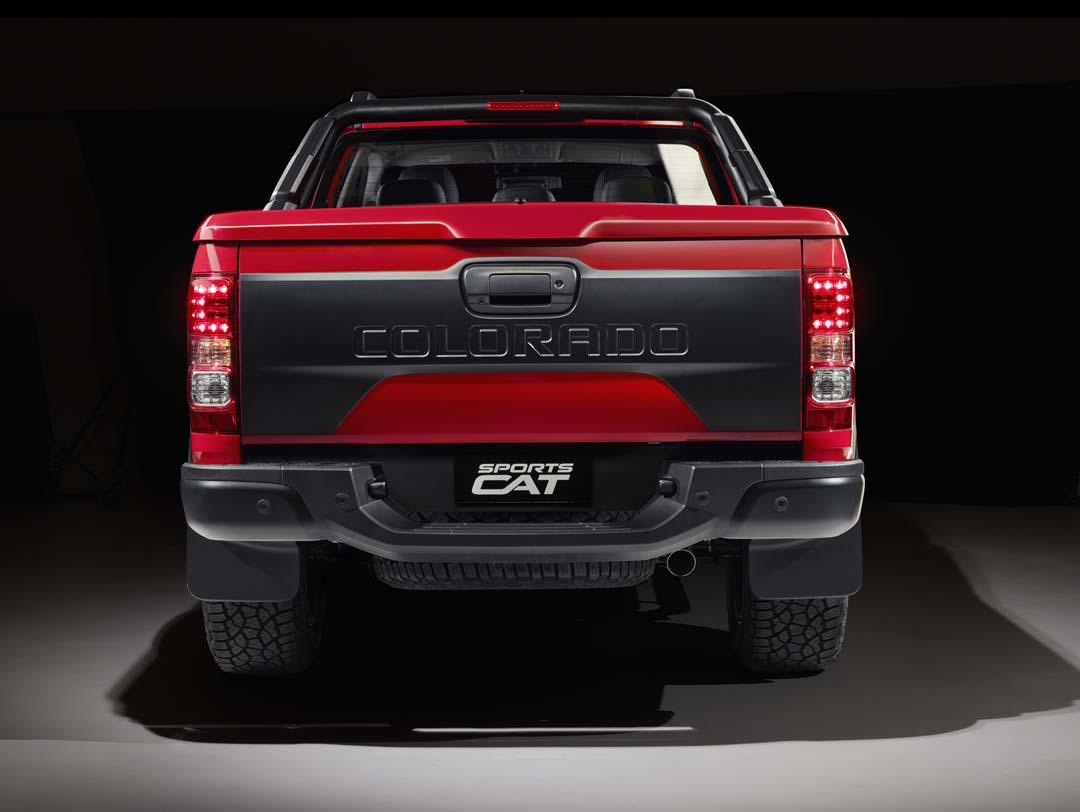 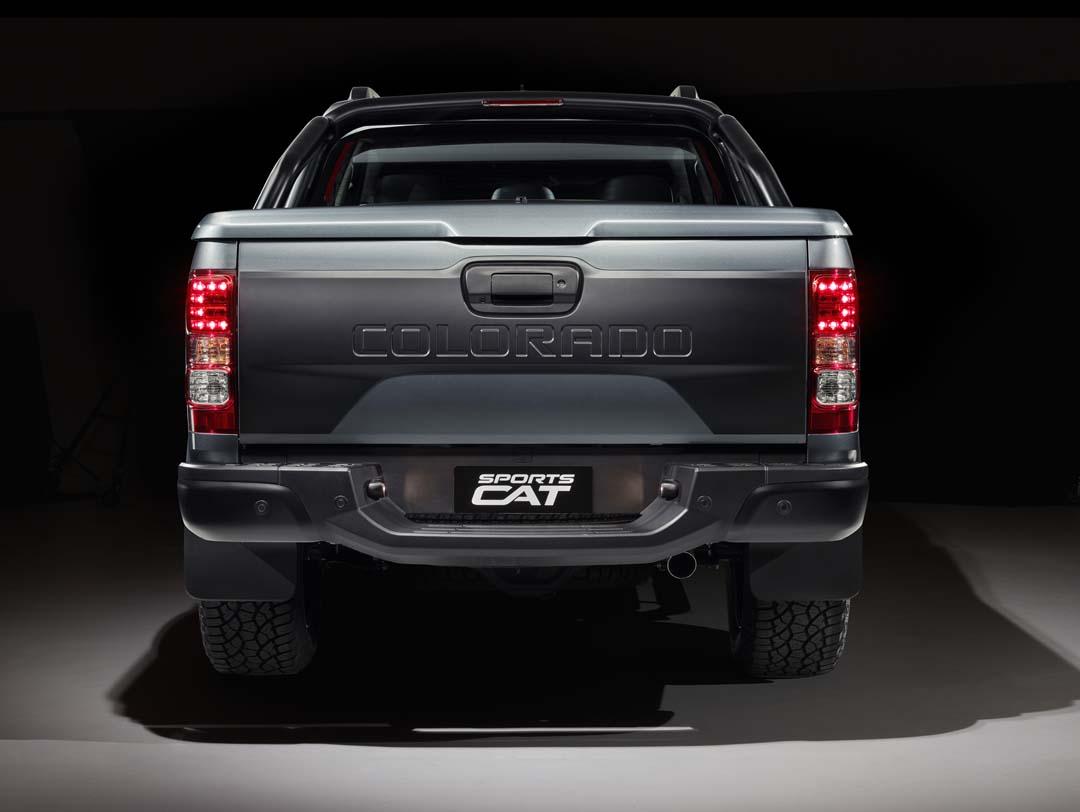 While the factory Holden braking package will be unaltered on the SportsCat, the SportsCat+ gets an upgrade in the form of AP Racing 4-piston front calipers on 362mm x 32mm rotors and a larger (25.4mm) master cylinder. HSV says these changes reduce pedal travel and softness, for a more immediate response to brake application. 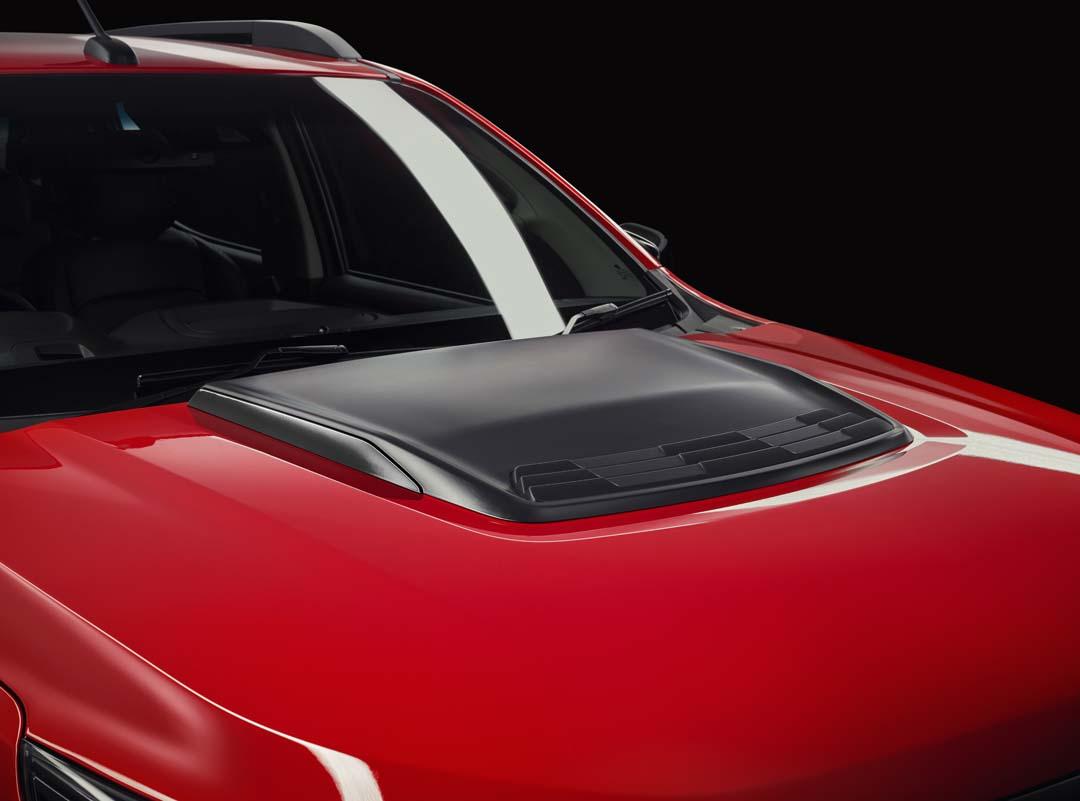 To suit the SportsCat’s road bias, the Traction Control System has been adjusted to deliver less immediate interventions, particularly on corner exit, resulting in the ability to take corners - on tarmac - with more aggression.

The aforementioned Cooper tyres, fitted to 18x10-inch alloys on both SportsCat variants, are described by HSV as a hybrid between a sports-truck tyre and an all-terrain tyre, and were selected for what has been described as outstanding on-road performance characteristics. 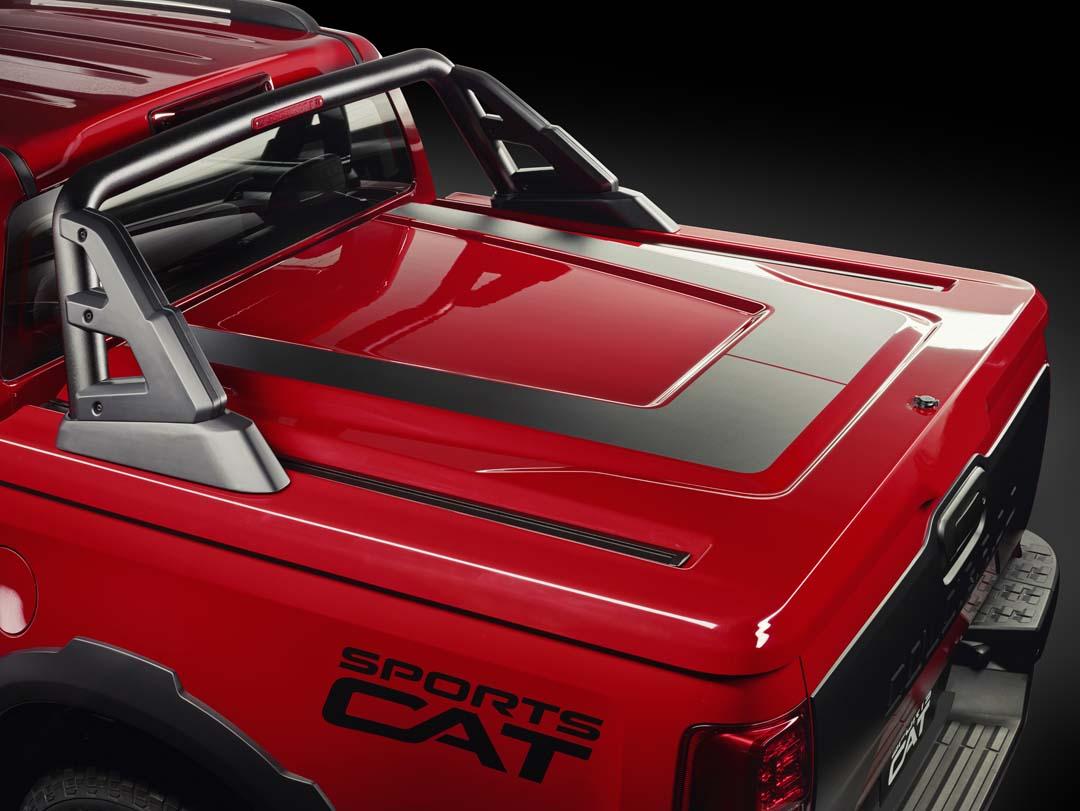 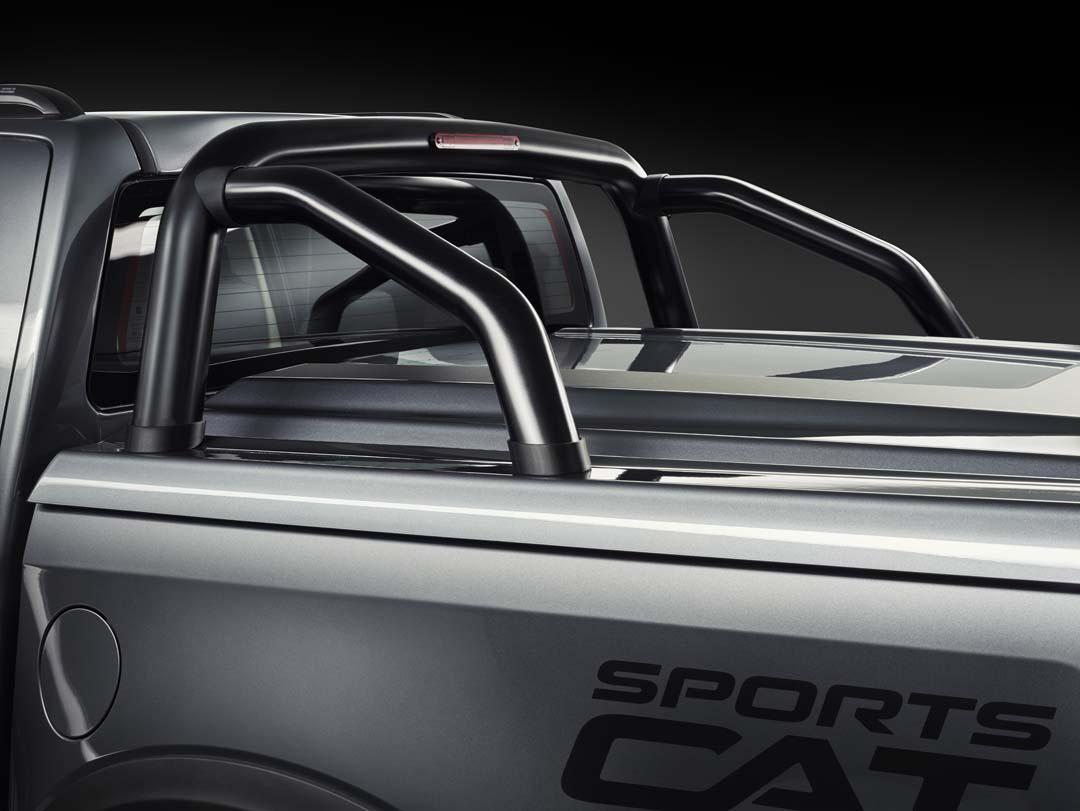 The SportsCat’s styling modifications over the stock Colorado dual cab start with a new fascia and grille that includes LED fog lamps and functional tow hooks. 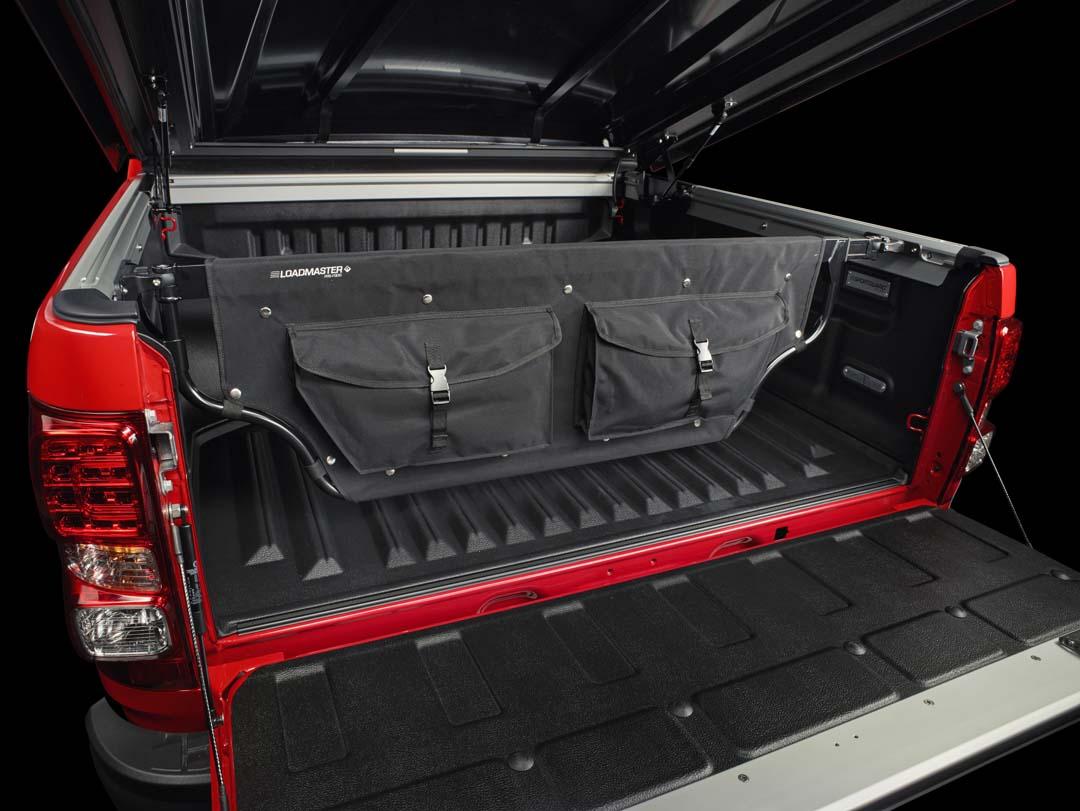 Where the SportsCat uses the stock Colorado bonnet and a conventional sports bar, the SportsCat+ adds a cosmetic bonnet bulge and sail-plane roll hoop.

A hard tonneau, with load-rail provision and quick-release mechanism, is common to both variants, as is a prominent “Colorado” graphic on the tailgate. 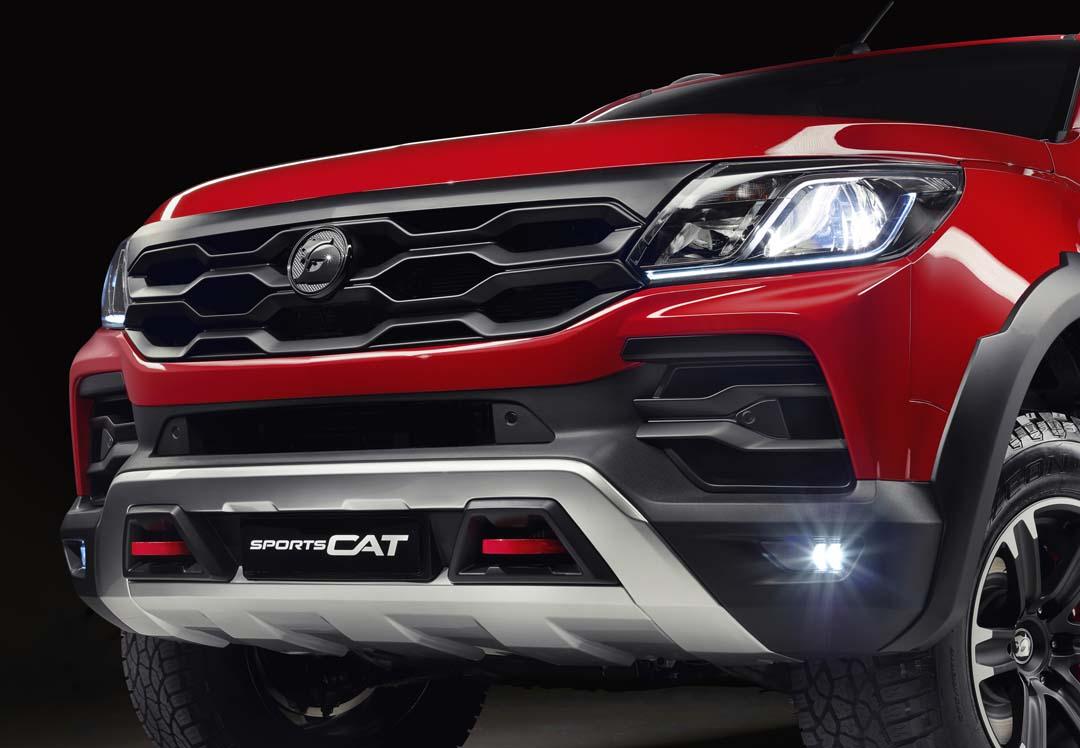 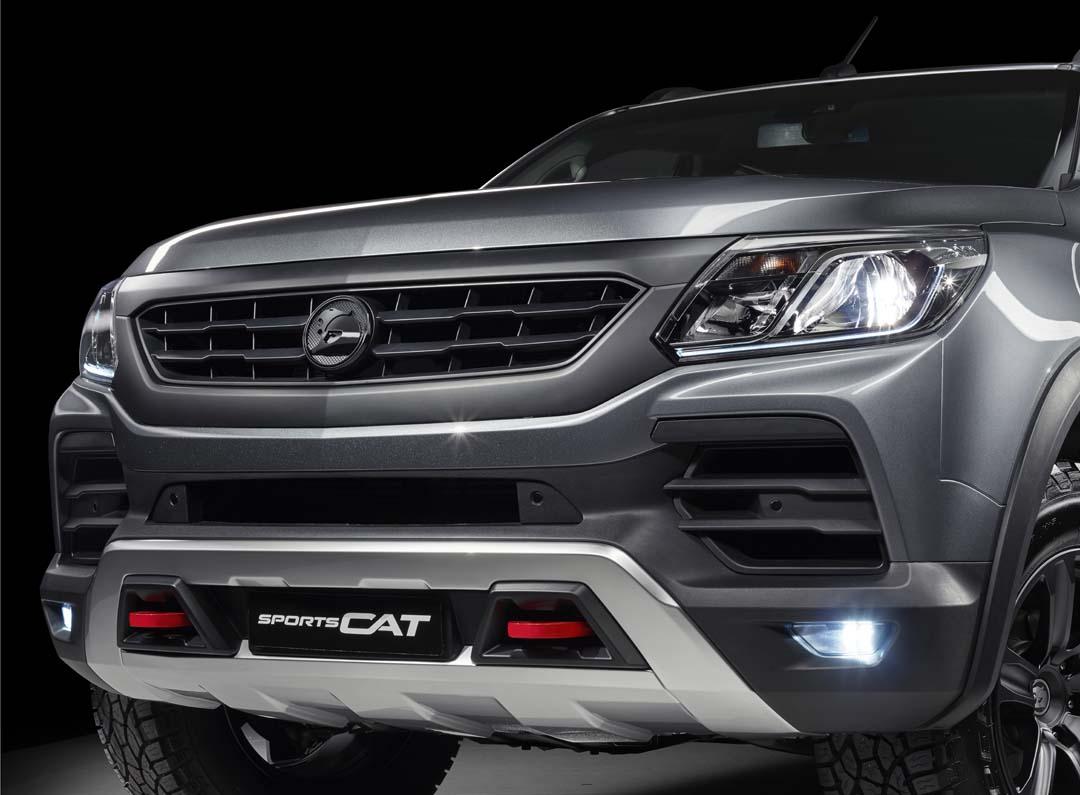 Inside, SV Sports seats are standard, trimmed in Jasmine leather and Windsor suede, which extends to the instrument panel. The front seats are heated and feature what HSV call uniquely designed seat foams for optimum support.

The contrast red stitching used on the seats continues on the leather-wrapped steering wheel, door trims and centre console cover. 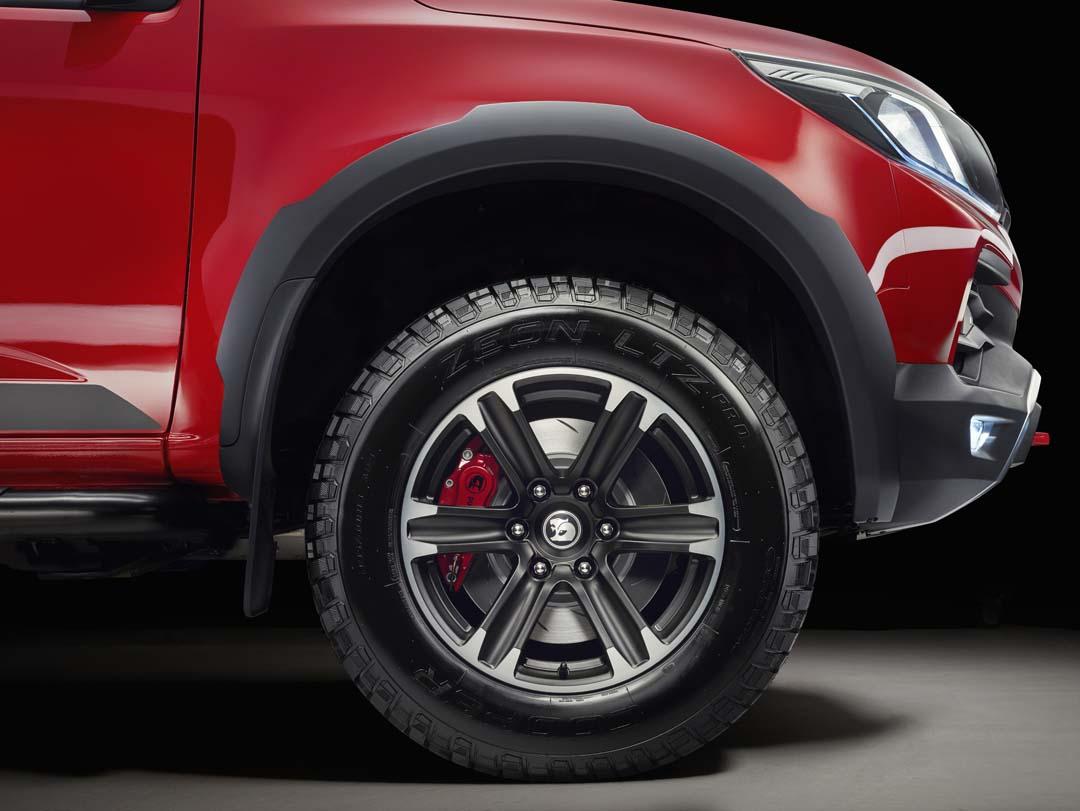 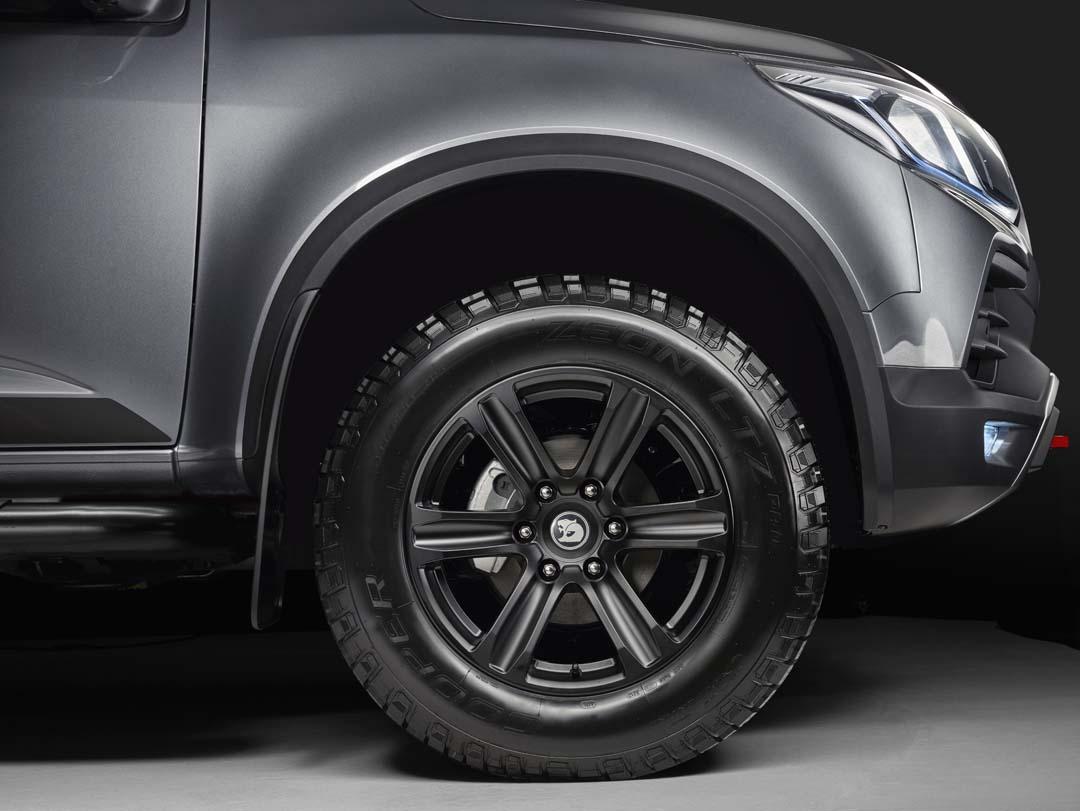 Powertrain in the SportsCat models is unaltered from the stock Colorado, meaning a 2.8-litre Duramax turbo diesel producing 147kW and up to 500Nm when specified with the 6-speed automatic (with Active Select) instead of the standard 6-speed manual. 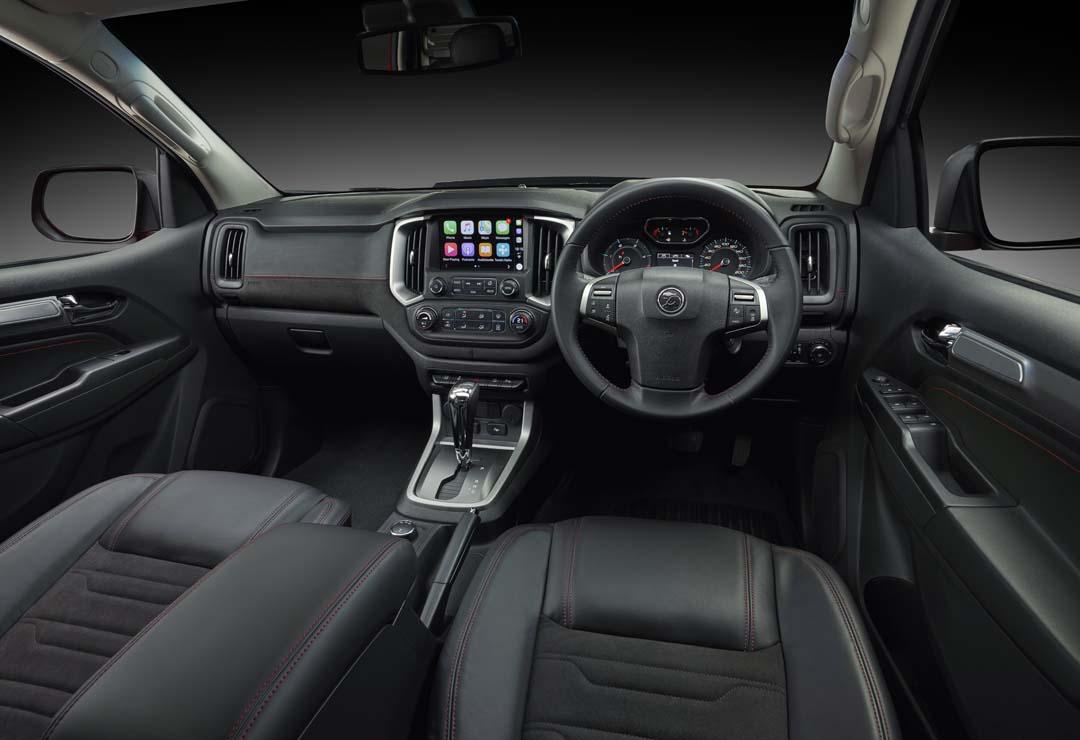 Four-wheel drive is standard and braked towing capacity and maximum payload are believed to be unaltered at 3,500kg and approximately 1 tonne, respectively. 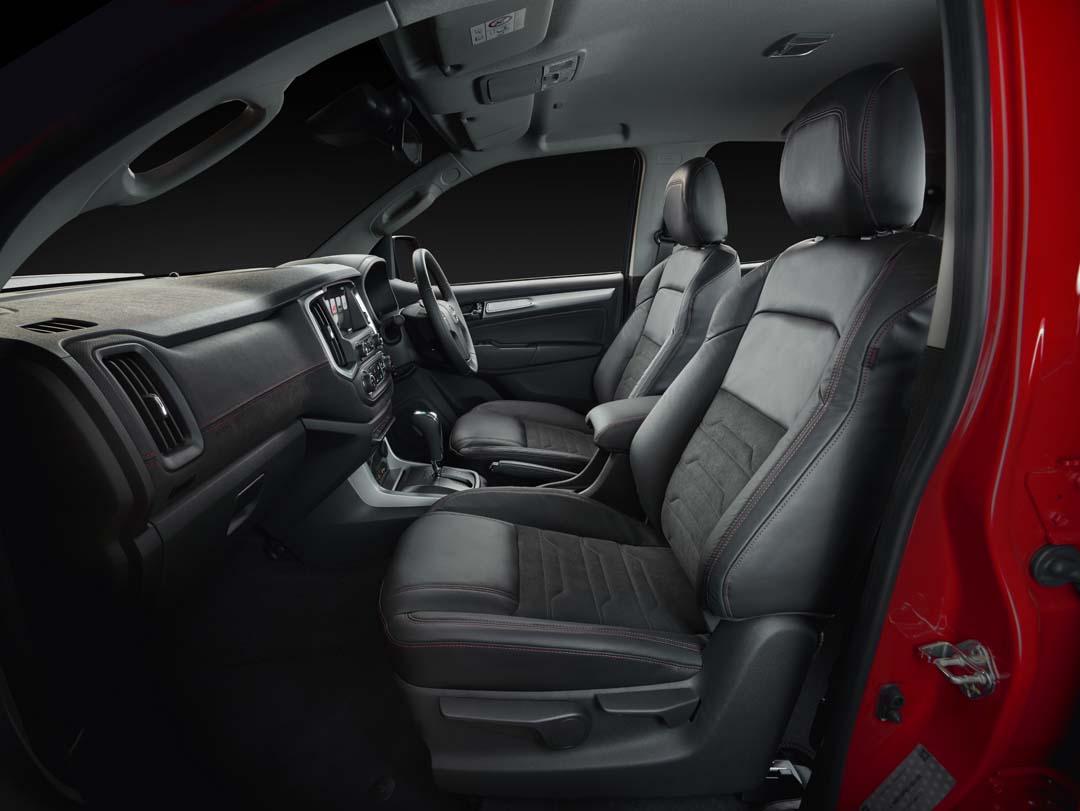 Production of the Colorado SportsCat commences at HSV’s Clayton workshops in January, with pricing to be confirmed closer to release.