At the end of Leg 1, the Auto section was being led by John Hederics and co-driver Kees Weel in the Holden Colorado they campaigned in last year's Safari.
In the opening leg of the 2012 Australasian Safari, the terrain was mixed between beach and bush, which provided an early challenge for both first time and experienced Safari entrants.

At the end of Leg 1, the Auto section was being led by John Hederics and co-driver Kees Weel in the Holden Colorado they campaigned in last year's Safari. Less than 15 seconds separates them on the leaderboard from Geoff Olholm and co-driver Gordon Trigg in their 2004 Mitsubishi Pajero.

Hederics said the final stage was tough. After relinquishing the lead, the pair got through the beach and managed to get back in front by the end of the day.
"On the beach there wasn't a lot to gain but there was a lot to lose so we took it pretty easy. Stage 3 was rough and challenging and we were passed by car 102 - they were flying - but we passed them again on Stage 3 when they got a flat tyre.

Geoff Olholm said the day was tough, but tempered with the scenery.
"The beach was beautiful but tough, in fact the whole day was. Stage 2 was really exciting with lots of sandy dunes and navigating was hard on Stage 3. We just had to get through it and keep the car safe," Olholm said.

Completing the top three for leg 1 was the Venezuelan team of Nunzio Coffaro and Daniel Meneses, who are one minute 62 seconds behind the leaders.
"There are so many trees," Coffaro said of the challenging Leg 1 course. "We saw yesterday some of the other teams had windscreen protectors, so we built one last night and I think it has saved us 100 times over today.
"We had three punctures on Stage 3 and were only carrying two spares so we had to enter the final time control with a flat tyre. We're loving the car."

Close behind the Venezuelans' custom Toyota Hilux was offroad racing veteran Bruce Garland in the Isuzu D-MAX, who despite finishing four minutes adrift of Hederics/Weel, was happy with the opening day.

"Today was fantastic. I loved the scenery, particularly the beach," Garland said of the new route for this year's Safari. "Stage 2 was a bit tougher - we had a hose come off the turbo so we lost a bit of power but Stage 3 was great for us, despite getting caught in Kerry Turley's dust."

The Safari spirit is already showing on the first day. West Australians Dave McShane and Bill Hayes in the Ford F150 Protruck stayed in the competition after breaking the rocker at the top of their engine yesterday. They had parts brought from Perth from a past Safari competitor to Jurien Bay, half way to Geraldton, where they were met by Dave's wife Larissa, who drove them almost 200km to the bivouac arriving at 3:00AM. The service crew worked until six that morning to get the car ready to start the competition today.

The pair of Graeme and Scott Walkem were the first casualties of Leg 1, taking more than an hour to get through stage 1, then failing to finish stage 2. If they can get their Pajero repaired for Leg 2, they will start with a 12 hour penalty for missing the control point finishes for both stage 2 and 3.

Safari debutantes, Sam Beck and Chris Kenny handled the opening stage well in their VW Amarok, but fell back through the field on stages 2 and 3 to be in 22nd overall at the end of Leg 1.

One of the more unusual entries, and one with definite 'underdog' status in this year's Safari, is the 1975 Datsun 260Z of Mac McCormack and Ryan Humfrey. The WA duo completed the day's three stages in their offroad-prepared Datsun sportscar, but will start Leg 2 more than three hours adrift of the frontrunners.

Following the opening leg from Geraldton to Kalbarri, Leg 2 of the 2012 Australasian Safari is a loop leaving and returning to Kalbarri, the popular WA coastal tourist spot. 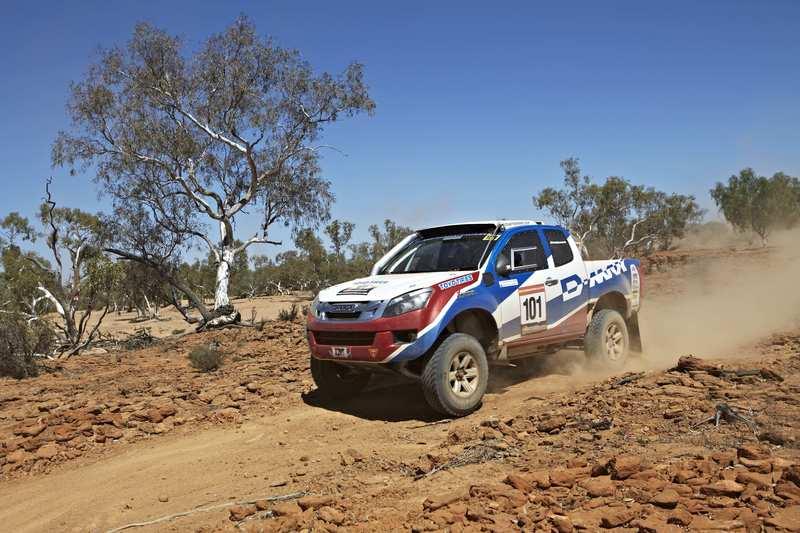 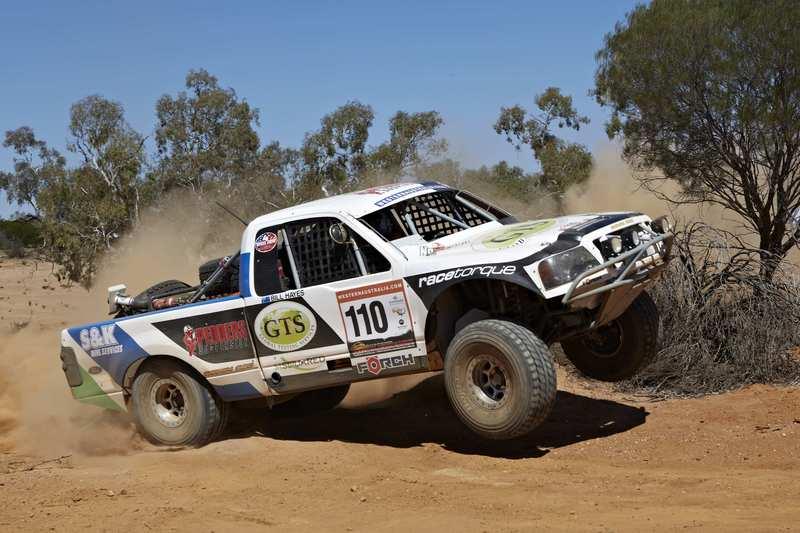