The Nissan Patrol arrived here in 1960 with the G60 and has been a firm favourite ever since, but Nissan has announced the Y61 Patrol will be put out to pasture... here's our walk down memory lane.

THE SECOND WORLD WAR had ravaged Japan, leaving many of its roads and towns in ruin. Like many other countries at the time, the Japanese Government turned to it automotive sector to get the country moving again… It asked the likes of Toyota and Nissan to create a utility vehicle in the same vein as the Jeep.

The Nissan 4W60 was born - 1951-1960
Nissan’s response was the 4W Series which, like all 4x4s at the time, was slow, primitive and nothing more than a small step ahead of a tractor. Toyota won the contract. But that didn’t stop Nissan, the company thought it had a winner on its hands and pushed on, rolling out the first production 4W in September 1951. The 4W60 Series lasted until 1960. The 4W60 was exported to Russia and South America.
The first-generation 4W60 ran a 3.7-litre NAK engine which was mated to a four-speed manual, produced 55kW and was 4x4. The 4W60 soldiered on until 1955 when the 4W61 came into production.
The 4W61 introduced a new engine, a 3.7-litre Nissan NB engine that made 68kW (it would later be replaced by a 78kW 4.0-litre Nissan NC engine. Other changes for the 4W61 included a one-piece windscreen, chrome strips on the bonnet, a passenger seat that was wider than the driver’s seat and a badge on the grille that said, Nissan.
In 1958 the 4W65 arrived and copped some styling changes, including a new bonnet and front wheel arches as well as a Nissan badge that sat on the grille, joining the Patrol badges on either side of the bonnet. In 1959 the 4W66 arrived with a gruntier engine, the 4.0-litre Nissan P engine which thumped out 93kW. This variant was discontinued in June 1960.
The 4W66 made way for the 4W73 released in 1959. It was the most powerful Patrol at the time with a 108kW engine based on that in the 4W66. It also received upgrades to the grille, bonnet, headlights and wheelarches. 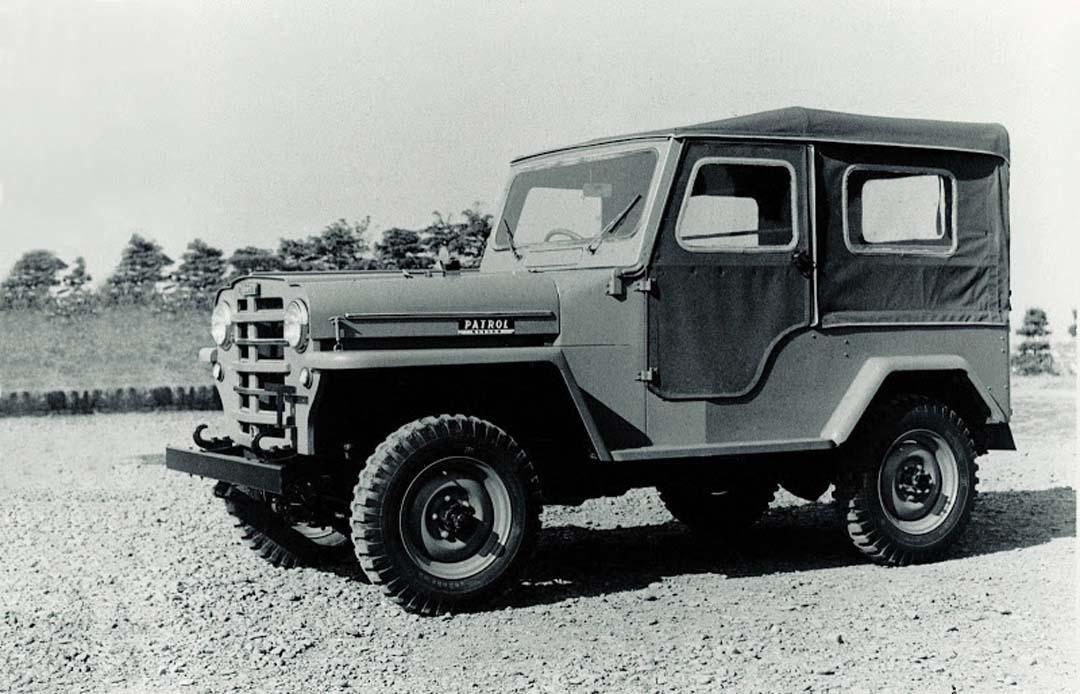 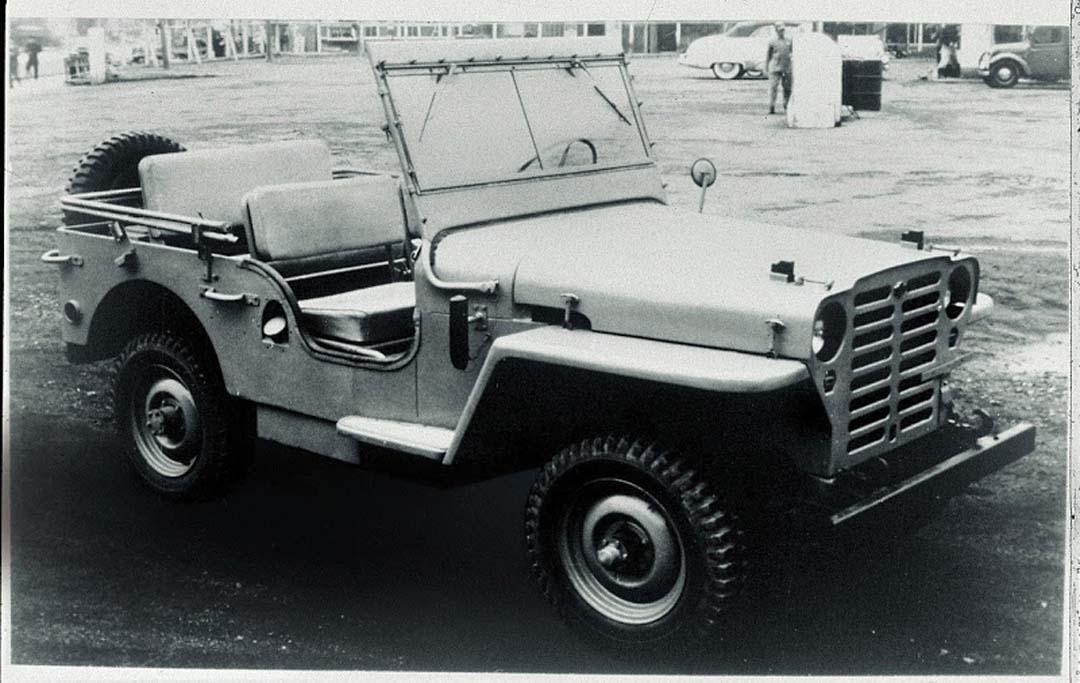 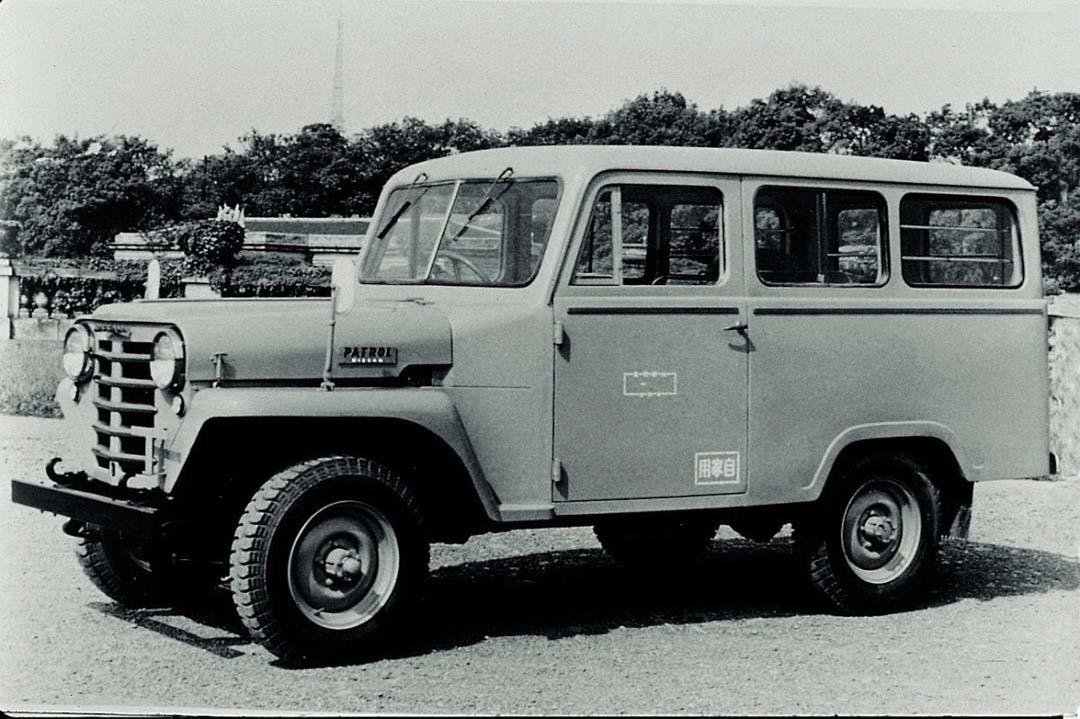 The Nissan G60 - first vehicle to cross the Simpson desert - 1960-1980
The 4W did what it needed to do… It paved the way for the second-generation ‘Patrol’ the G60 Series which arrived in 1960 and stayed in production until 1980. Imported to Australia, the G60 became the first vehicle to cross the Simpson desert, driven by geologist Reg Sprigg the crossing was only the second European crossing of the desert ever. The first was by Captain Ted Colson and his indigenous guide, Peter Ains, and their camels in 1936.
In 1962 the Sprigg family (oh yes, it was mum, dad and two kids) averaged just 5km/h as they pioneered a track between and across the dunes, often getting ‘beached’ on giant saltbush outcrops and risking disaster as it began to smoulder under their 44 gallon (200 litre) drum of petrol.
The Sprigg family went back to the Simpson in 1967 and drove the ‘French Line’ and the Simpson desert. It was only the third full crossing for both.
The G60 was offered in both short- and long- wheelbase set-ups. The Nissan P engine continued in the G60, and the transmission started out as a three-speed; with a two-speed transfer case and part-time four-wheel drive system. Later models saw the introduction of a four-speed transmission.
The 60 Patrol didn’t change much over the years, with the only upgrades of note being power-assisted front drum brakes and a third windscreen wiper! There was, however, a real improvement in 1980 with the G61 Patrol which was basically the 60-body sitting on MQ Patrol running gear, including a full synchro four-speed manual gearbox, improved engine and better seating.
While overlooked by the Japanese Government after WWII, the Nissan Patrol was eventually pressed into military service in 1969, when a new variant, known as the Jonga, became the weapon of choice for the Indian Army. 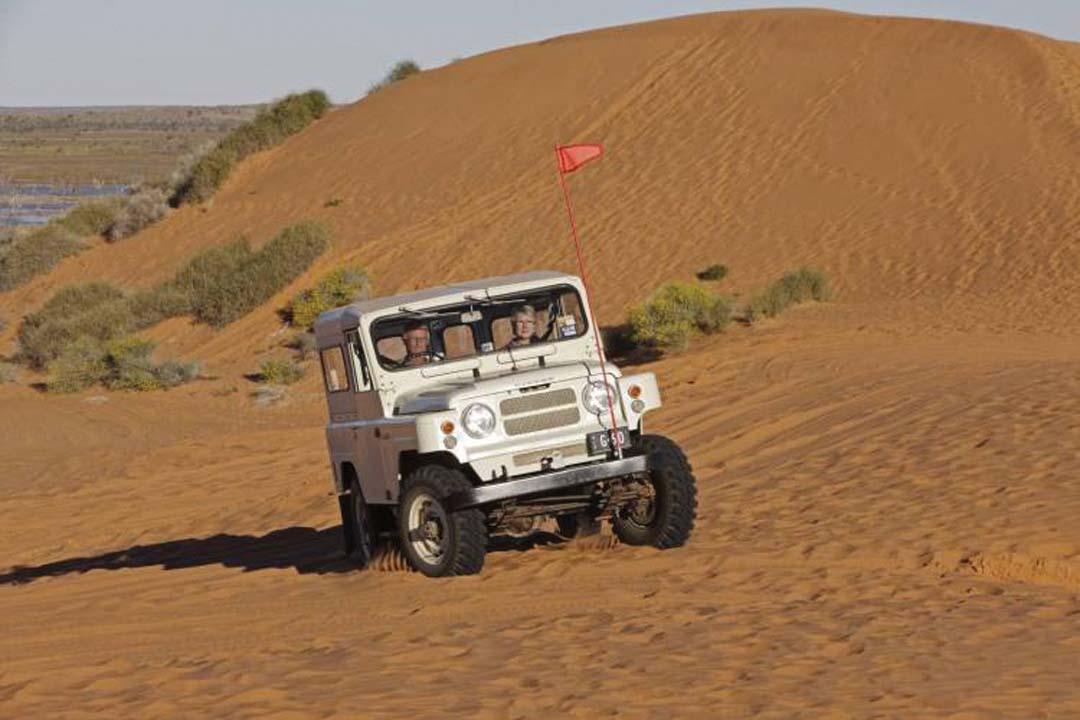 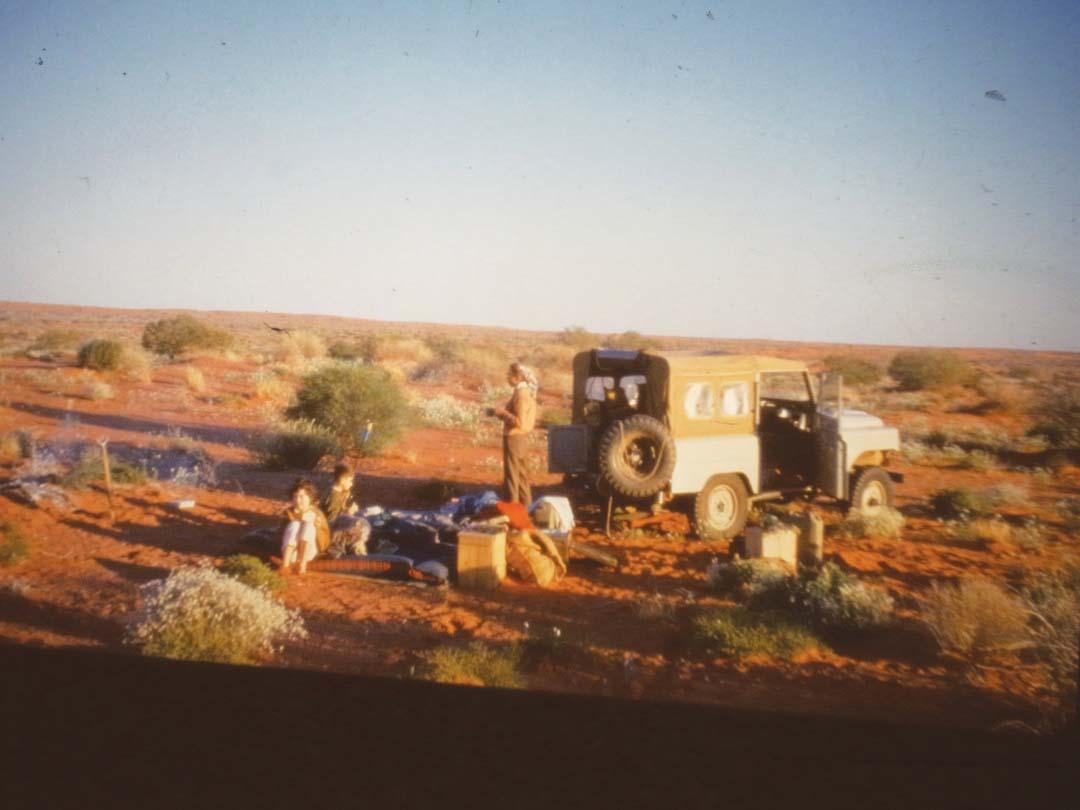 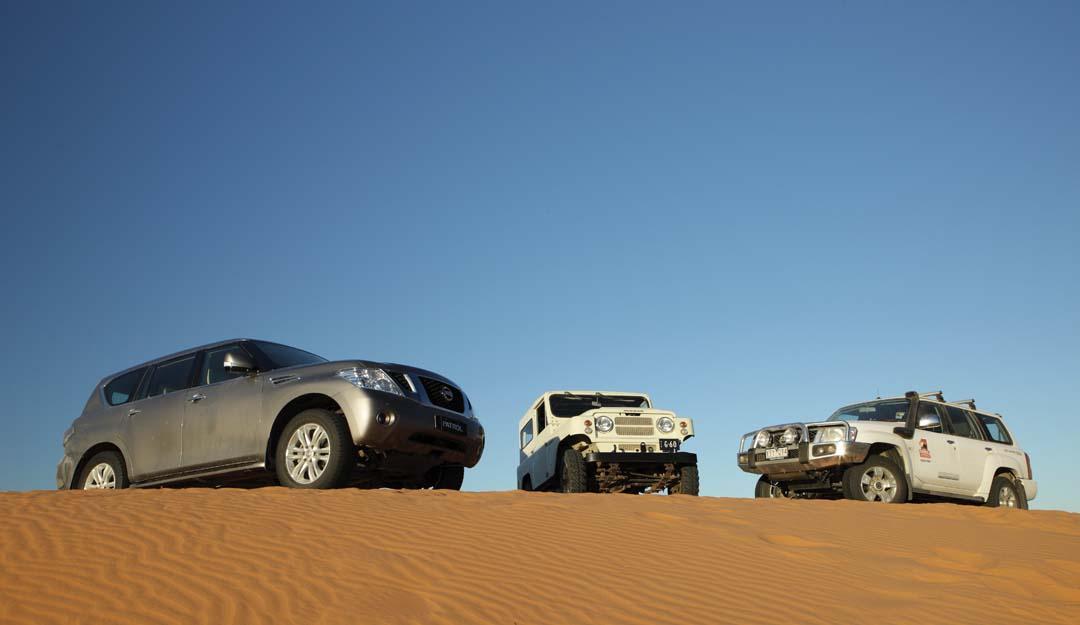 Third-generation Patrol, the MQ - 1980 - 1987
The third-gen Patrol saw leaf springs front and back become standard, while for the first-time buyers, here in Australia, could choose from a choice of engines as well as such ‘luxury’ items as either vinyl or carpet interiors and, wait for it, air-conditioning and power steering.
As soon as the MQ hit the showroom an update was released (1981). It saw several new body styles added to the Patrol line-up, as well as new engines, but the key change was a new limited-slip differential.
In 1983, the MQ emerged from plastic surgery with new rectangular head lights and upgrades to the front suspension, the four-speed manual was upgraded to five speeds and the SD33 diesel engine, in Australia, was given a 12V electric system. A turbocharged diesel was also offered.
Then in 1986, the five-speed manual became standard across the range along with power steering, and the suspension was upgraded with leaf springs. 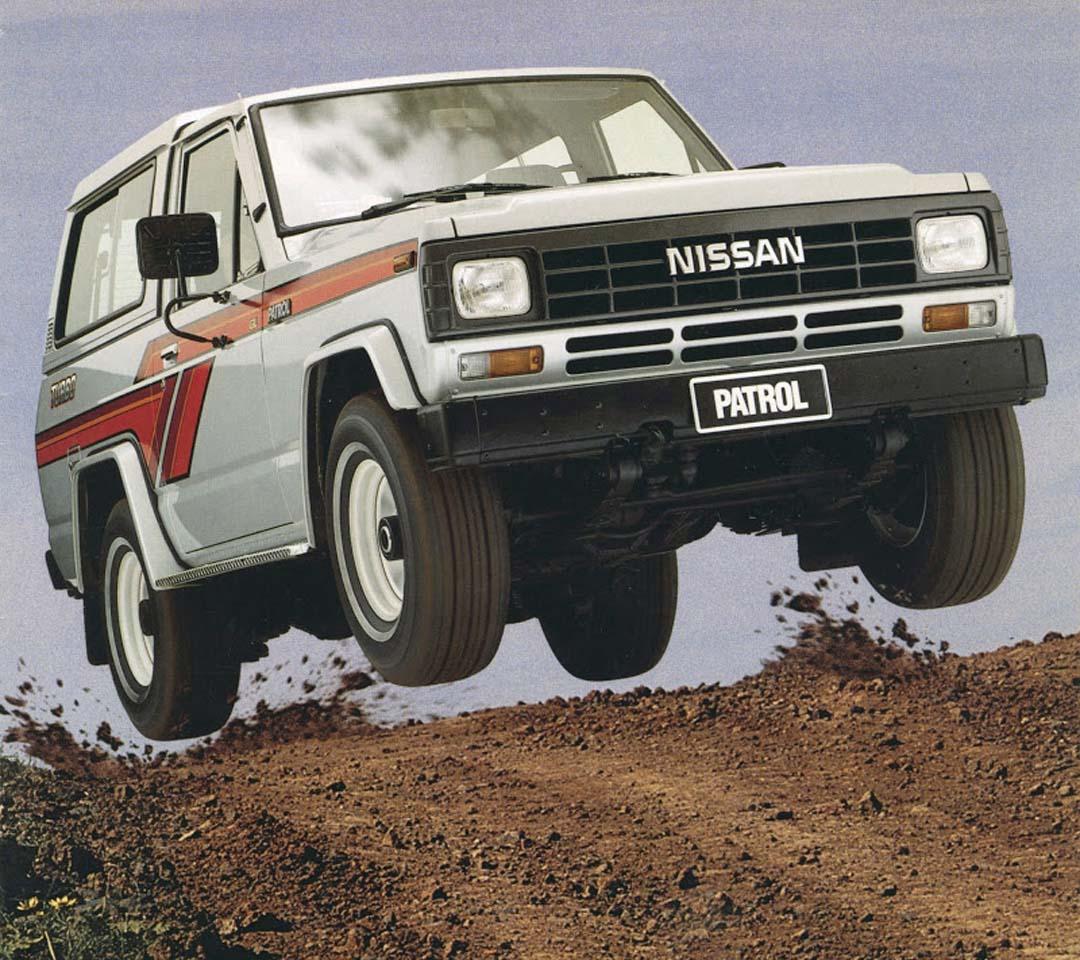 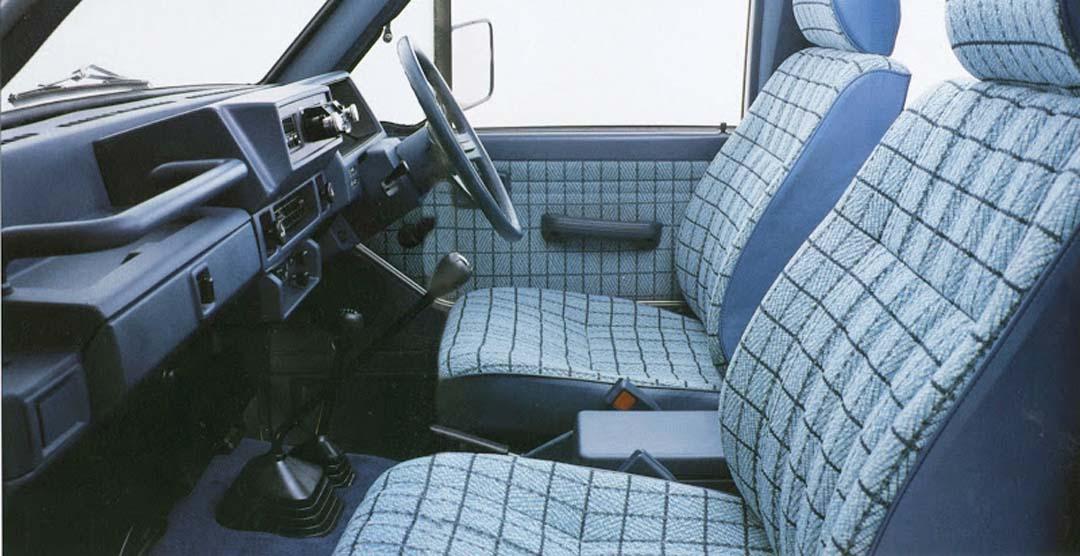 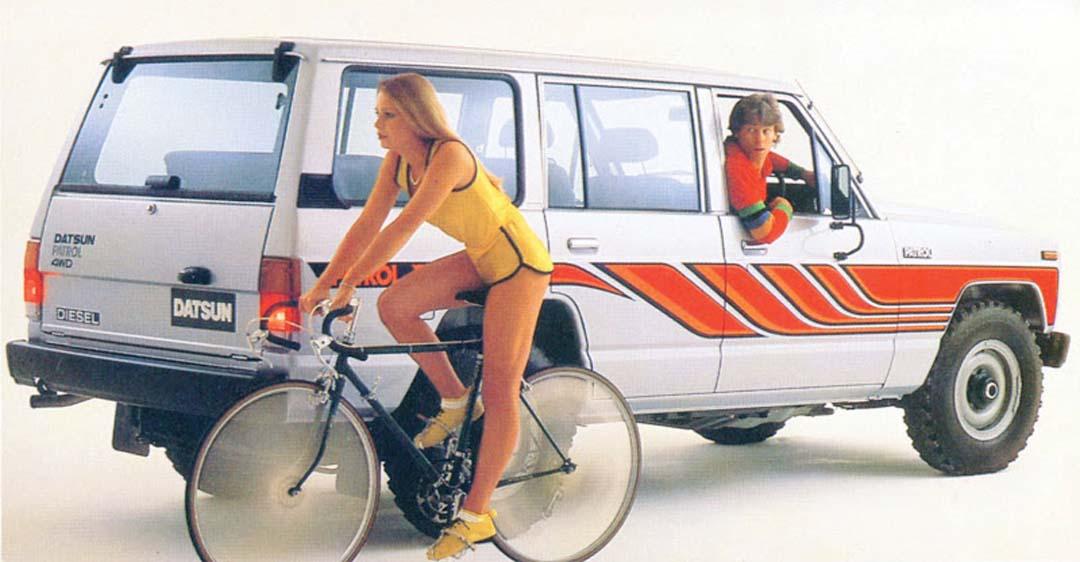 Fourth-generation Patrol, the Y60 (the mighty GQ) - 1987-1997
The GQ saw leaf springs replaced by coil springs, a redesign meant more room inside and creature comforts, too, including a radio, clock and tachometer as standard. The Y60 also saw the introduction of a five-link rear axle and rear disc brakes, while some models added a limited-slip differential, as well as vacuum operated rear differential locks. A PTO-driven winch was also offered as a cost option on some models of Patrol.
An update in 1990, saw the Patrol take the ‘luxury’ fight up to the Toyota LandCruiser with the launch of the Ti Patrol and the addition of, wait for it, chrome trim, and the more useful rear diff locks, two-way freewheeling hubs, power windows, electric mirrors, central locking and even a sunroof. Then, in the 1991, the high-roofed Ti Patrol made way for boxier looking low-roof wagon body.
The Nissan boffins were busy behind the scenes, because in 1992 a refreshed (meaning facelift) GQ Series 2 was released. Not only did this model see the introduction of a 4.2L engine with fuel injection, but the transmission and suspension were “refined”. The GQ Series 2 got bigger brakes, bigger wheels and limited-slip diffs and auto freewheeling hubs became standard across the range. One small safety update was the introduction of side intrusion bars, and to stand out from the rest of the Patrol family the Ti copped a chrome front grille.
A very, very, very minor update in 1995 saw the centre “v” in the grille made a little smaller. It was a case of, if it ain’t broke… 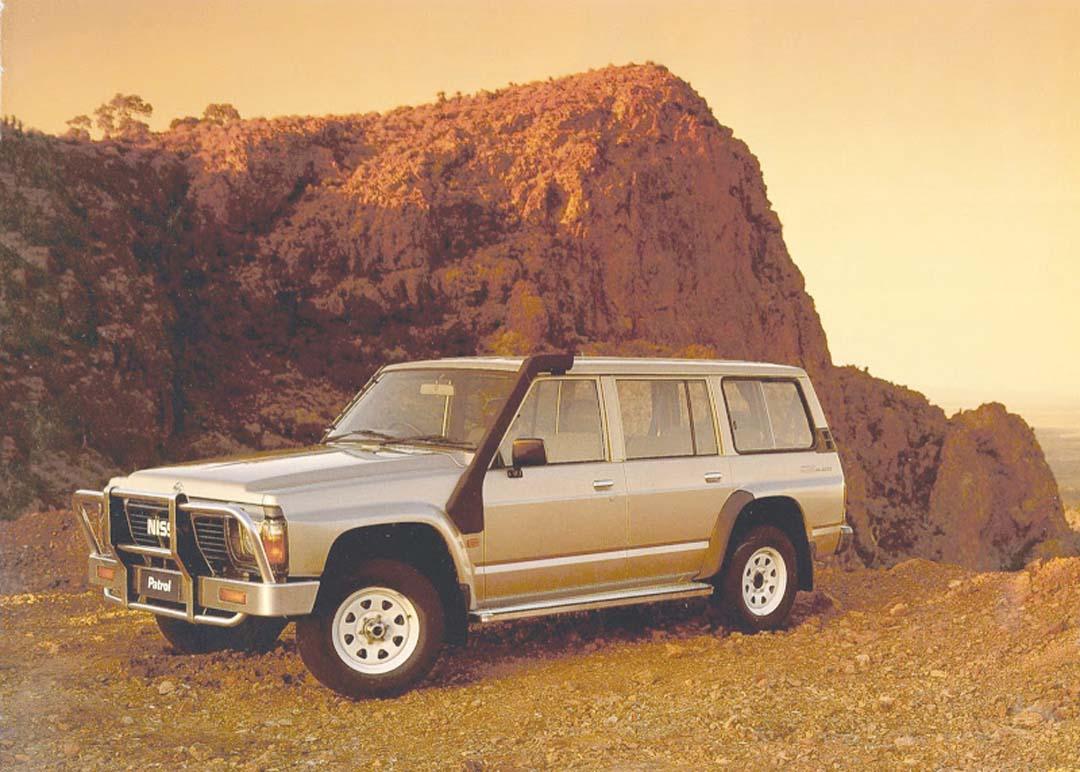 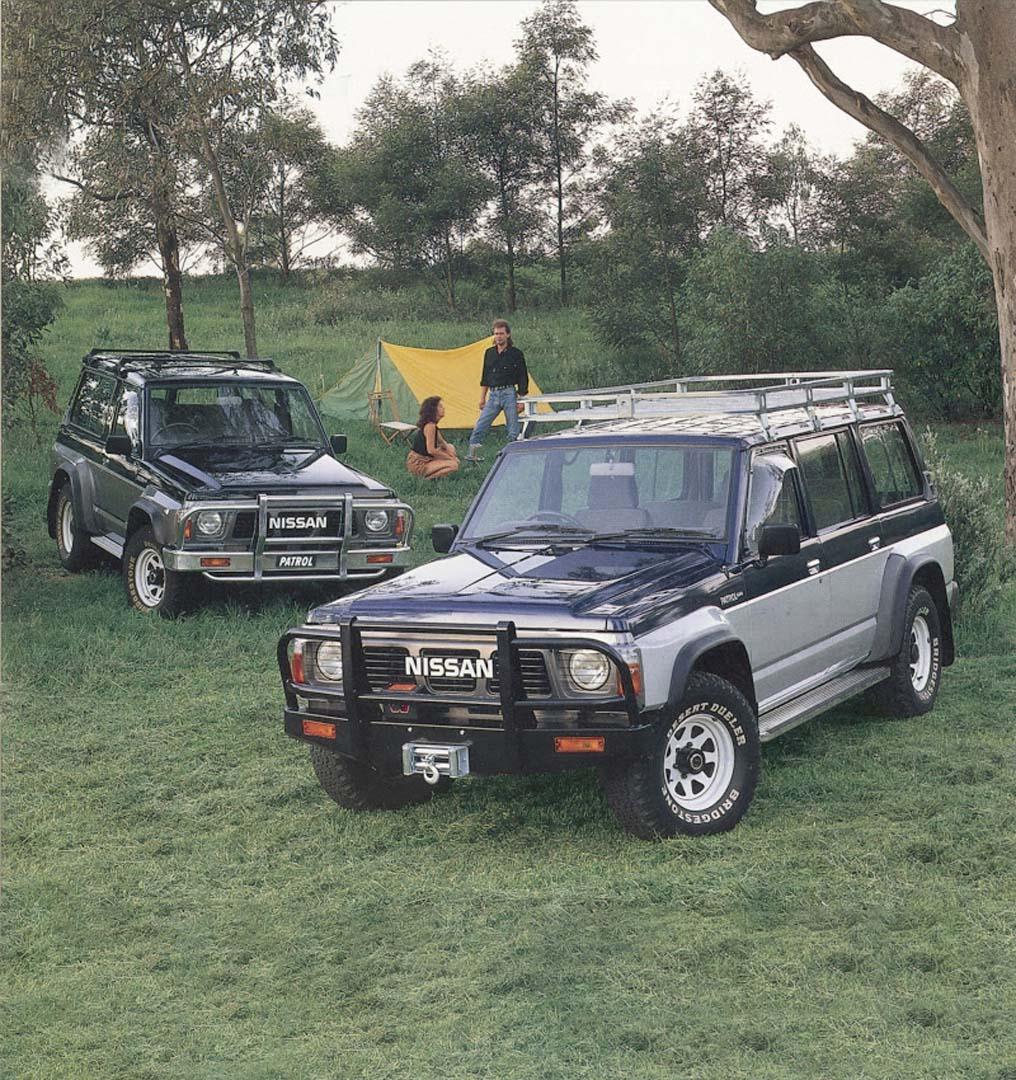 Fifth-generation Patrol, the Y61 (the power house GU) - 1997 to now
Between 1992 and 1996, the Patrol had only received a minor refresh, then in 1997 came the Y61 (GU) and a smoother, more rounded body shape and a chunkier “v” grille. Most significantly, besides this model’s longevity, was the availability of a range of engines: 4.5L petrol; 2.8L turbo-diesel; 3.0L turbo-diesel; and 4.2L turbo-diesel. There were seven-seat options, and some markets even received a pick-up version. The Patrol’s TB48DE engine could be pushed hard, with reports of some tuning the thing up to 2000hp…
The millennium bug was a major disappointment with computers everywhere clicking over from 1999 to 2000 just fine. The Patrol copped a new engine, a 3.0L four-cylinder turbo-diesel offering 116kW and 354Nm of torque; new front seats were also fitted.
A year later in 2001, the Y61 Series 3 arrived and brought with it a 4.8L turbo-diesel six-cylinder making 185kW and 420Nm of torque, it was mated to a five-speed automatic transmission with manual shift mode. It also copped a new grille, headlights, tail lights, bumpers, side mouldings, side steps, wheels and body colours… basically, everything that you could see.
In 2004, the seven-seat Patrol copped a total refresh with every panel, besides the roof, tweaked in some way. The interior was given a refresh too, with new seats, trim, console and new door handles. Satellite navigation and a reversing camera were also offered.
Through to 2012, the Patrol went through a further five series upgrades, although most of them were minor tweaks indeed. Probably the most significant was the standardisation of the 3.0L turbo-diesel across the range. In 2012, the Series 8 Y61 arrived sporting Nissan’s vehicle dynamics control, rear differential locks and active brake limited slip.
By now, the Y61 had been on-sale for 14 years… and would continue to sell alongside the Y62 introduced in 2013 to Australia, and for good reason… no diesel engine. 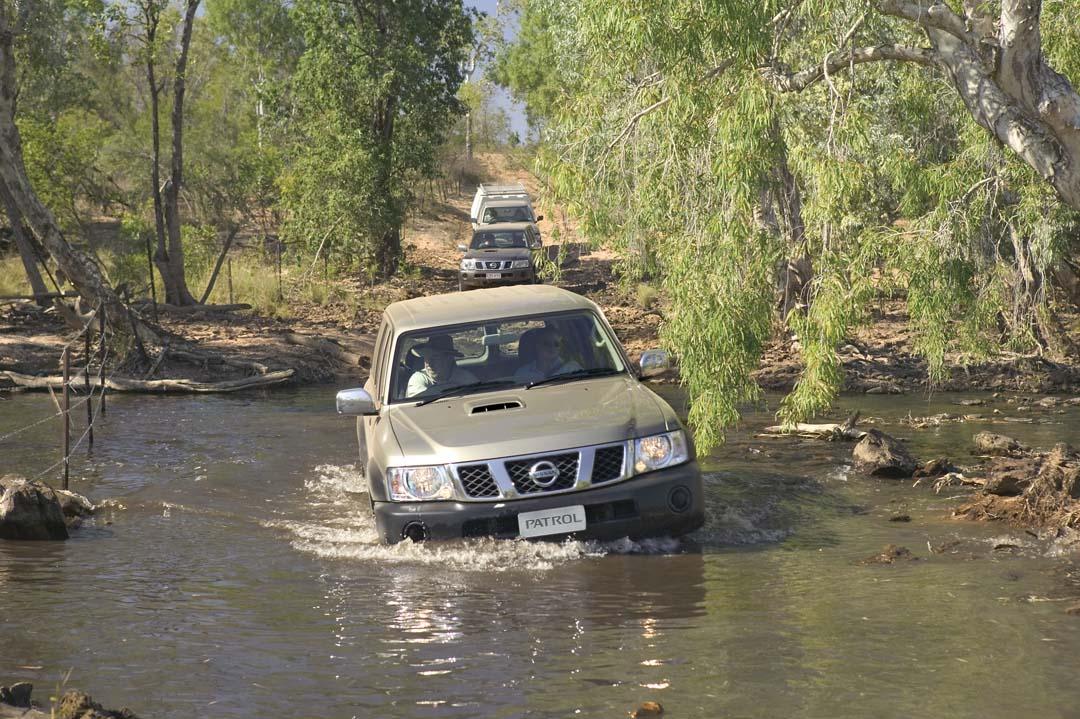 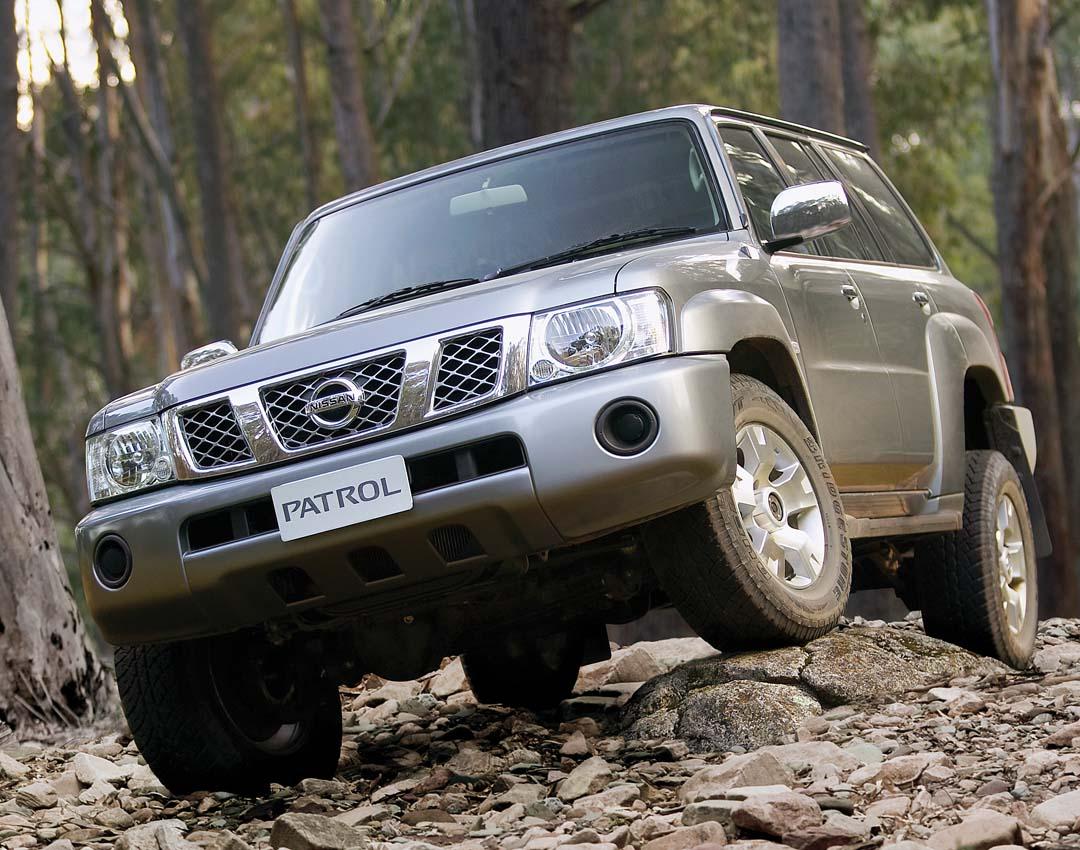 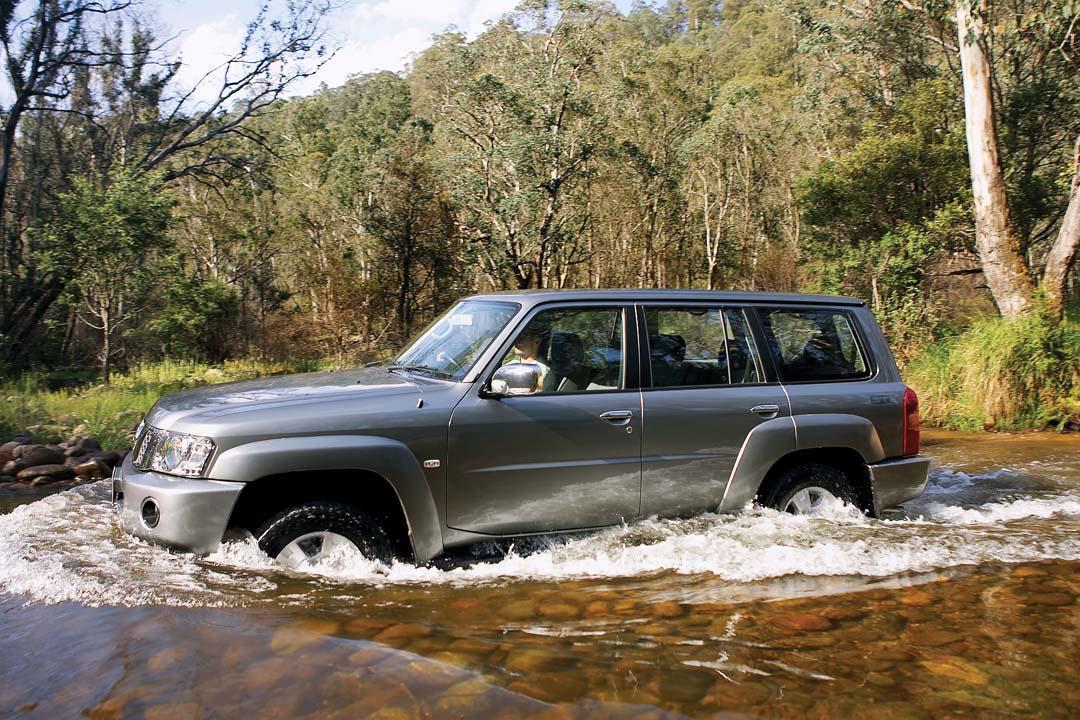 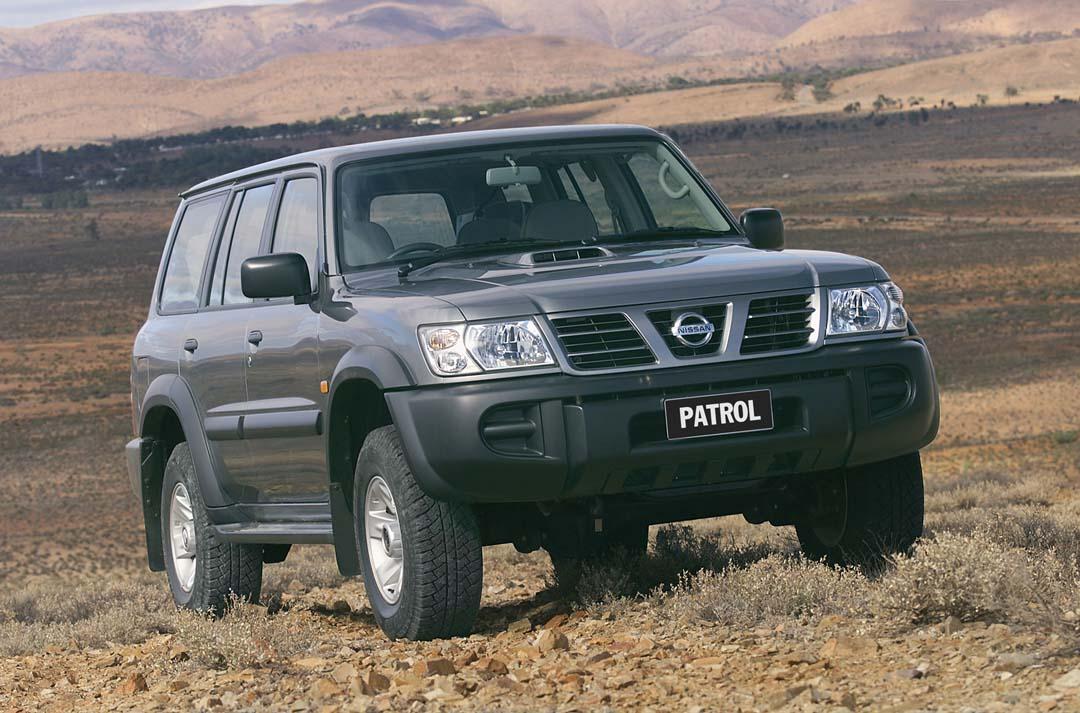 Sixth-generation Patrol, the Y62 (the luxury 4x4) - 2013 to now
Patrol owners viewed the coming of a new Patrol with excitement, but in 2013 when the petrol-only Y62 went on-sale, many owners decided to stick with their diesel Y61s. And fair enough.
But there’s no doubting the Y62 us easily the most sophisticated of all the Patrols, and the 5.6-litre V8 offers 298kW and 560Nm of torque with 90% of torque available from just 1600rpm. An eight-speed automatic transmission is mated to this engine.
The Y62 saw the debut of Nissan’s new ALL MODE 4x4 system which is controlled via a circular electronic switch cluster located behind the gear selector and offering modes (throttle, transmission and suspension tweaks) for: sand, rock, snow or on-road driving, activation of the rear differential lock, VDC on/off and Hill Descent Control. The ALL MODE 4X4 controller also allows the driver to select between 4H and 4L. The new Nissan Patrol also features Hill Start Assist and a helical limited slip differential.
The Y62 also saw major changes to the suspension with the arrival of Hydraulic Body Motion Control, the four-wheel independent suspension sees hydraulic chambers included in each shock absorber to automatically control suspension action. Pricing started from $82,200 (plus on-road costs). 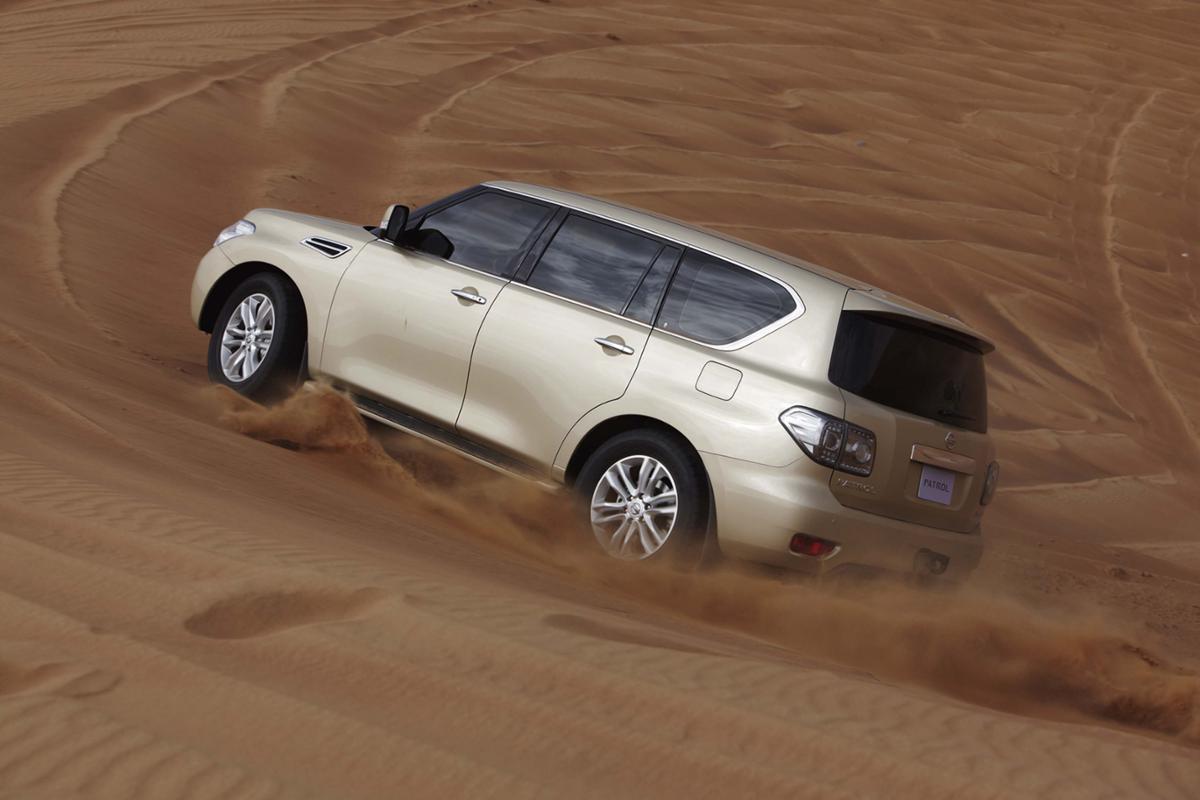 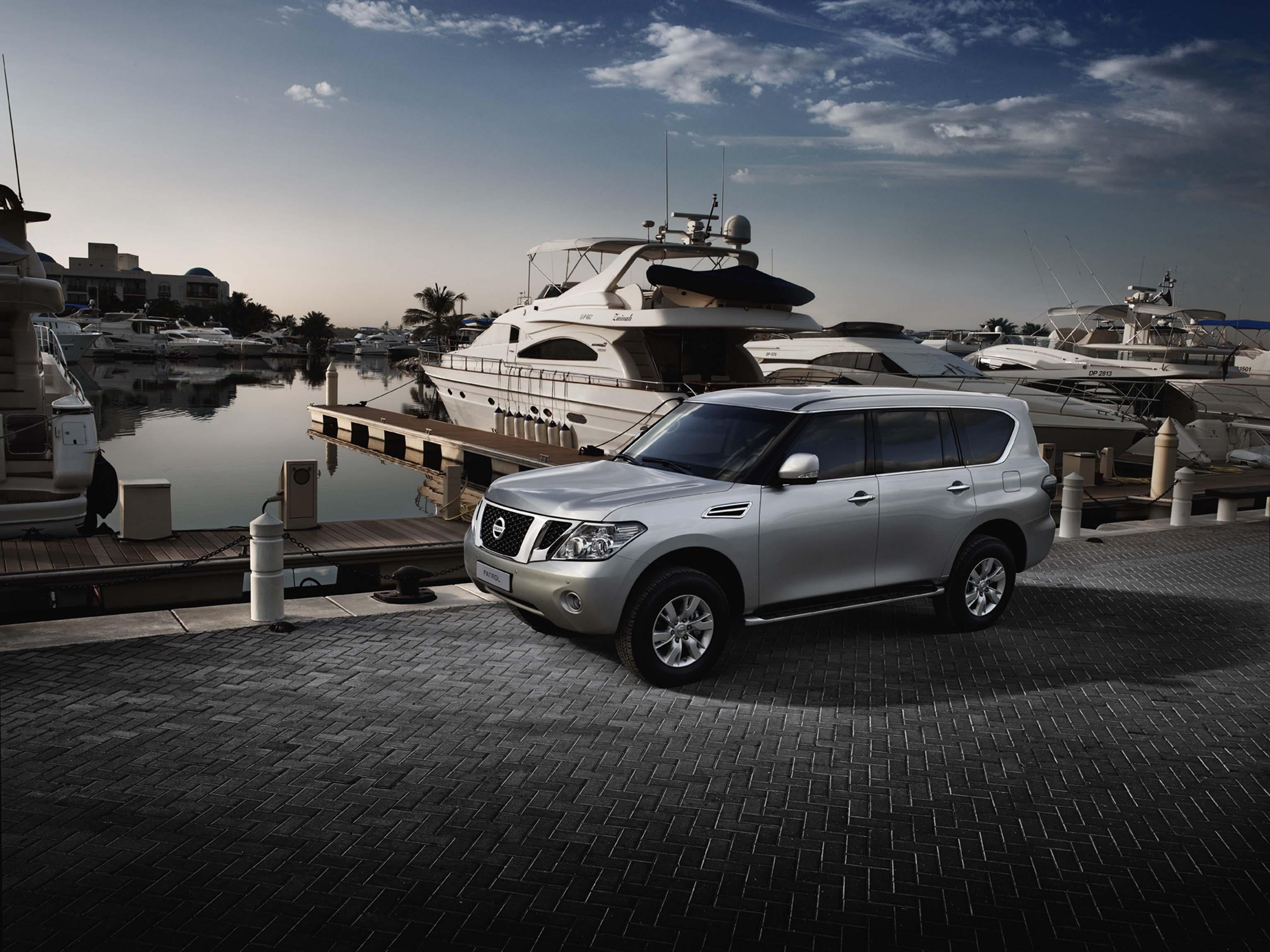 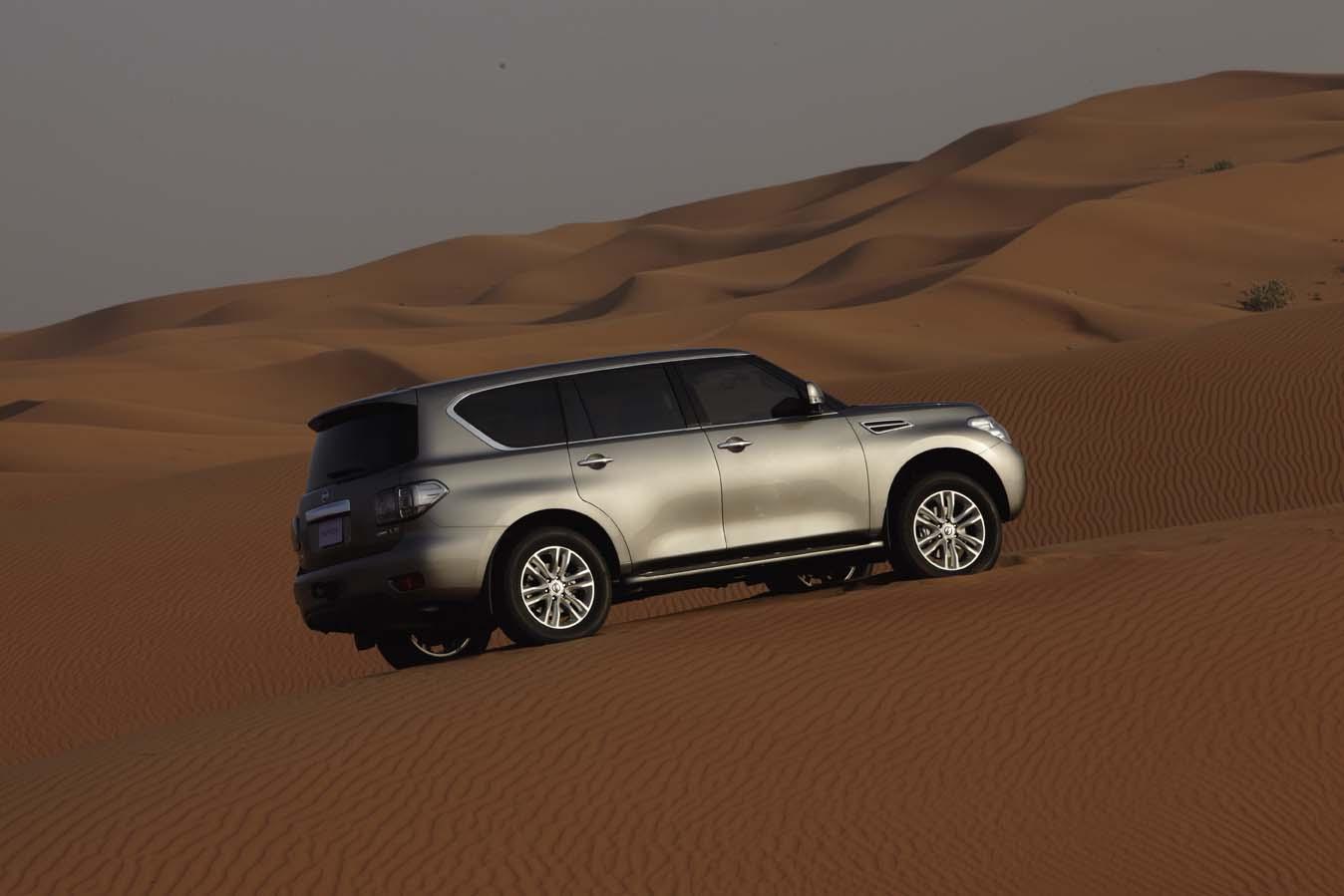 • 2007 4.2 diesel discontinued, minor upgrades to the rest of the range including refinements to the ZD30 for Euro4 emissions.