Toyota ute is our best-selling vehicle for the sixth year, SUVs account for majority of new vehicle sales for the first time and Toyota leads the market for the 25th time.

After a COVID-induced drop in 2020, Australia’s new car market rebounded in 2021, improving by 14.5 per cent and exceeding 1 million total sales. 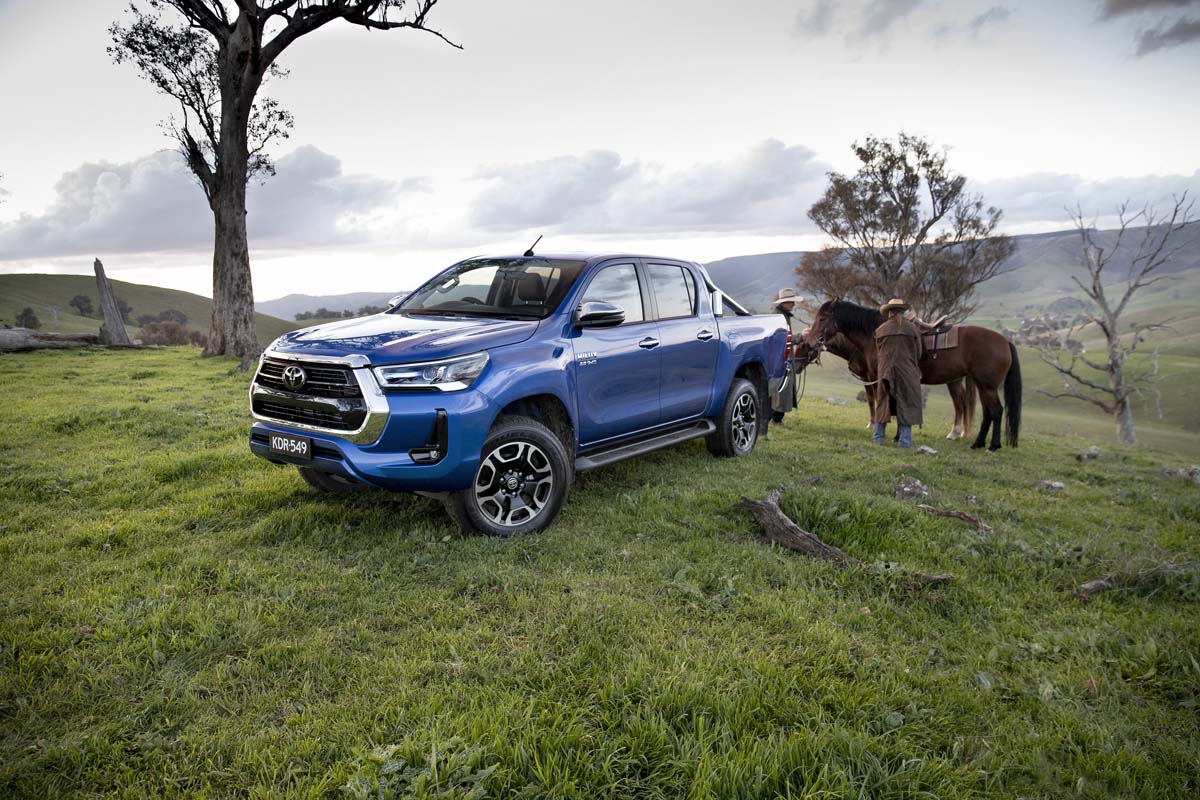 “Despite the pandemic restricting access to showrooms in 2021, Australian consumers found ways to purchase new vehicles and did so in solid numbers,” Weber said.

While the 2021 sales total was a positive sign, it could have been higher if the semiconductor shortage and supply issues hadn’t impacted sales in November and December.

“The global shortage of microprocessors, compounded by the pandemic, had an impact on the number of cars sold throughout Australia. Automotive manufacturers are continuing to work to strengthen supply chains in 2022,” Weber added.

Of 2021’s million plus total, the SUV segment reached a significant milestone, accounting for more than half the Australian market for the first time.

The light commercial segment, which includes all the ute offerings as well as vans, saw 253,254 vehicles sold, representing 24.1 per cent of total sales for the past year.

Gains in these two markets were countered by a decline in passenger car sales, which dropped 0.2 per cent from 2020, but still account for 22.1 per cent of the overall Australian new car market.

Battle of the Brands

There was a slightly different look to the FCAI sales figures for 2021, as the past year marked the first since FCAI data was recorded that Holden wasn’t in the sales charts.

"For 2022, given what we know right now, our target is to increase sales beyond last year's total and maintain our market share above 20 per cent," Hanley said.

"We are progressively upgrading our range with vehicles that have new levels of connectivity, advanced safety features that are moving ever-closer to autonomous driving, shared services like KINTO and a rising number and widening range of electrified vehicles.”

Toyota’s ongoing dominance is thanks in part to its broad product portfolio of established and popular models that includes light commercials, SUVs in various sizes and passenger cars. Of course, their most popular model has been the HiLux, which was Australia's best-selling new car again in 2021.

As well as marking Holden’s removal from the new car sales figures, the past year also saw the rise of the Chinese brands, with MG entering the top ten for the first time thanks to a 155.9 per cent increase on its 2020 sales. LDV and GWM/Haval also recorded large increases on 2020’s numbers.

The biggest loser in the brand wars in 2021 was Honda. The move to a fixed price model, which came into effect in July, seems to have had the opposite effect on sales, with just 17,562 units sold for the year, representing an alarming drop of 39.5 per cent. Honda was one of only a handful of brands (including Mercedes-Benz, Alfa Romeo and Jaguar) to see sales decrease in 2021.

RAM Trucks continue to defy the market, with 4.025 sales for the year, while their rival in the full-size pickup market, GMSV, saw 2,118 Chevrolet Silverados find buyers last year.

That total, across 4x2 and 4x4 variants, as well as all body styles, including cab chassis, was an increase of more than 7,600 sales compared to 2020.

As well as being Australia’s top-selling new car for the past six years, the HiLux has led the market in the Northern Territory for 21 years, Queensland for 15 years and WA for 14 years.

However, while it was good news for the HiLux, Ford’s Ranger is edging ever closer, and as was the case in 2020, 4x4 sales of the Ford ute bettered those of the Toyota, with only 4x2 sales giving the HiLux the edge.

Demonstrating Australia’s seemingly insatiable appetite for dual cab 4x4 and 4x2 utes, four of the Top 10 selling vehicles last year were utes, with the Nissan Navara and Mazda BT-50 just outside the Top 10.