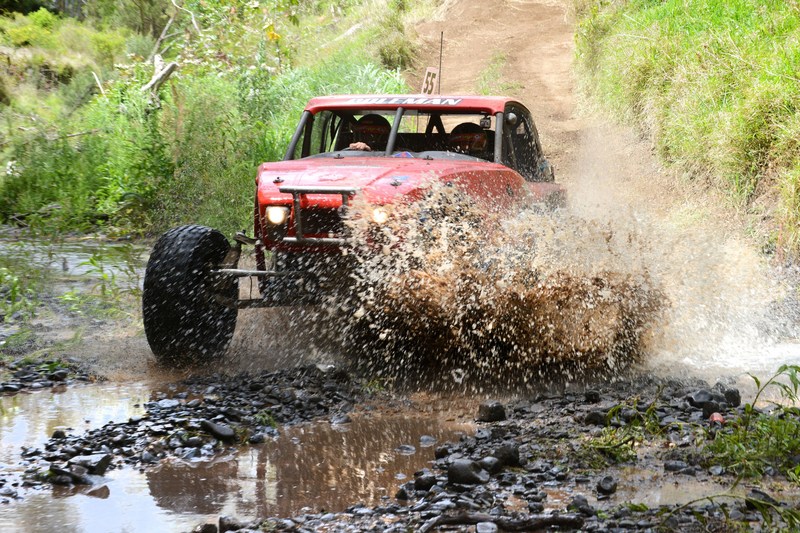 The original 80km track near Mulgowie was slashed to only 16.5km, but with the tight course taking in tree-lined farm tracks and a creek crossing, it was no less interesting or challenging. With Saturday rained out and no racing taking place, the format was changed to eight laps of the shortened course on Sunday, instead of the planned six over both days on the long circuit. The result was an exciting short course grand finale to the championship season.

Victors on the day were Matt Coleman and Shawn Teagle, who started third on the road after the Prologue, but put in a near faultless run in their Chevy powered #55 Alpha Pro Buggy to take the round win. In the opening laps, Coleman battled with the Pro buggies of Hanson, Bannan and Prout, as well as the Extreme 4WD Titan of New Zealand's Raana Horan for the outright lead. By the halfway point, however, the Victorian was out in front and didn't look back. Coleman's win in the big Alpha was his first outright AORC victory in a time of 1hr 34min 36.890 sec.

While the round belonged to Coleman and Teagle, the 2012 AORC championship went the way of Matt Hanson and Leigh Wells. The Victorian pair were on top of the leaderboard coming into this round, and only needed a solid finish in the #7 SMU twin turbo V6 Jimco to take the title. With the cars starting at 15 second intervals and little dust due to Saturday's rain, the pace at the front of field was frantic. However Hanson and Wells kept their eyes on the prize, driving their own race to be rewarded with second outright - and their maiden AORC title.

Third outright at the Mitsubishi Electric Lockyer Valley 300 was Gerald Reid and Arron Saliba in the #39 Later Engineering V8 Probuggy. After starting his career in the Super 1650 class, Reid stepped up to the Pro class this year, so was estatic with his first podium finish behind Coleman and Hanson, after coming tantalizingly close earlier in the season. Warialda's Terry Rose and Shane Egan looked at home on the technical track and kept within striking distance of the leaders in their #11 Jimco. However they were forced to settle with fourth outright, 41 seconds behind Reid.

Michael and Jae Collins put a string of recent DNF's behind them to realize the potential of their #12 Subaru powered Chenowth Probuggy, finishing sixth outright, albeit by only 36 seconds from the #105 Jimco of Les Marshall and Glennys Rose. Marshall relished the tight flowing track conditions at Mulgowie to take the Prolite class win, ahead of the NSW based crews of Kelvin and Michael Hill (#104) and Garry Simpson and Kevin Ottey (#140). Neville Taylor and Kevin McDonald slotted the Team Taylor #6 twin turbo V6 GET Probuggy into eighth outright.

Behind Taylor was New Zealand's Raana Horan and Mike Connor, who once again put the leading Pro buggies on notice in their #899 Big Black Motorsport Nissan Titan. Horan was hovering in outright podium contention until a flat rear tyre on the second last lap forced the Extreme 4WD pilot into the pits. He returned to the track in time to hold off the #803 Extreme 4WD class Pajero of Clayton Chapman and Adam McGuire by 24 seconds to take the class win and ninth outright. Sandy Bowman and Daniel Hardman drew on their Victorian high country driving skills to carve up the Lockyer Valley track, until the #833 Chevy powered GQ became stuck in first gear forcing them to settle for third in class.

The UTV Class was a new addition to the AORC line up this year and Wayne Murphy and Chris Taylor took the inaugural honours in the new category in their #666 Snake Racing Polaris RZR XP. The tight conditions suited the compact UTVs, with Murphy, who's been honing his skills in this year's ARC circuit this year, narrowly miss a top ten finish. The #688 Snake Racing Polaris of Michael and Darren Smith took second in class, ahead of Queenslanders Andrew and Rhys North in the #671 Polaris.

The Production 4WD Class podium became an all-Mitsubishi affair with Rob Chapman and Ross Challacombe taking the class win in the trademark red #703 Triton. Michael and Linda Topfer locked their short wheel based #722 Pajero into second, ahead of Evan Burns and Beth McKay, who overcame a gentle rollover on lap 6 in their #789 Pajero to secure a well-deserved third in class.

The #570 V8 Triton of Bernie Clohesy/Kim Stacey and #522 V8 Rodeo of Scott Gould/Matt Haywood have gone toe to toe all season in the Performance 2WD class, with the battle continuing at Mulgowie. After 8 laps, it was Clohesy who made the best of the slippery conditions to take the class win ahead of Gould. Local Queensland driver Paul Youman led the Southerners for the first 4 laps of the race, which made up the state championship component of the event.

After a day of close wheel to wheel racing which snaked through the foot hills of the Darling Downs, twenty-seven of the 63 entries completed the eight laps. Full credit must go to teh Brisbane Sporting Car Club, who still put on a great event, despite last minute changes forced upon them by the weather conditions. The event was capped off with a presentation dinner for the event and AORC at the Mulgowie Hotel on Sunday night, where the 2012 Outright and Class Champions were presented their trophies. 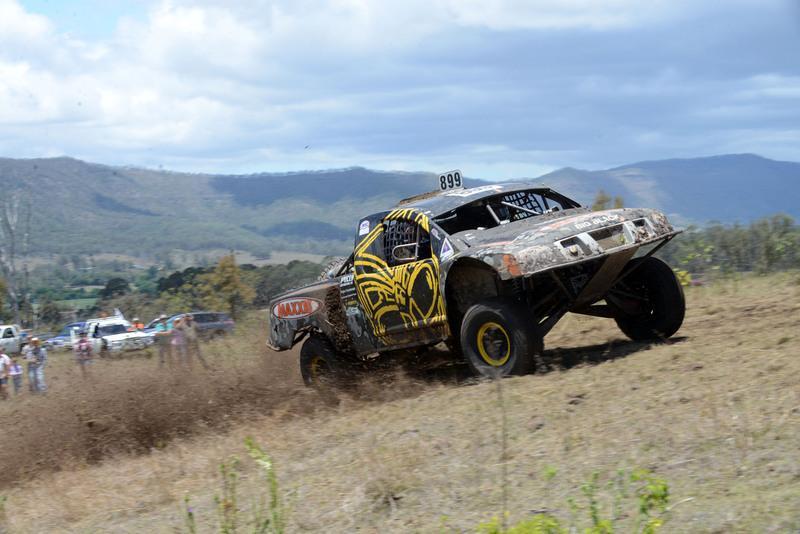 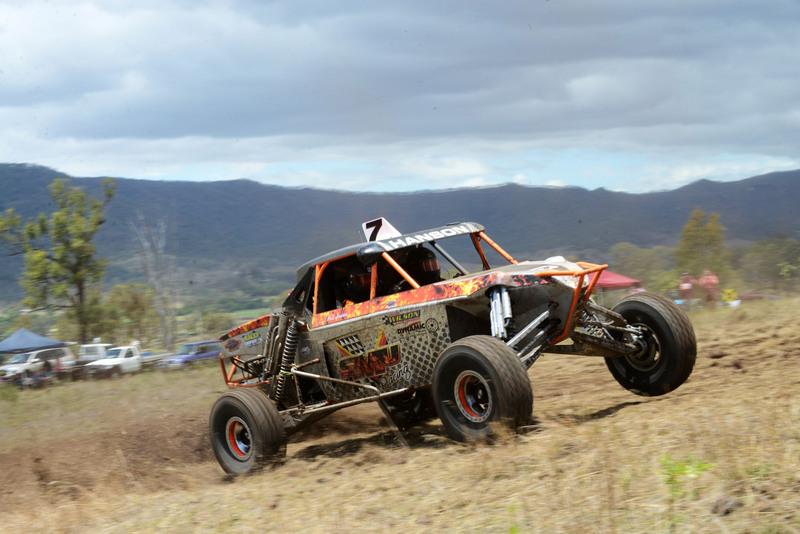