Option codes, factory standard and unmolested – does it really matter when looking to buy your own slice of 4x4 history?

As the thirst for classic old four-wheel drives increases, the level of detail required for a classic off-roader to be considered original can become pedantic. 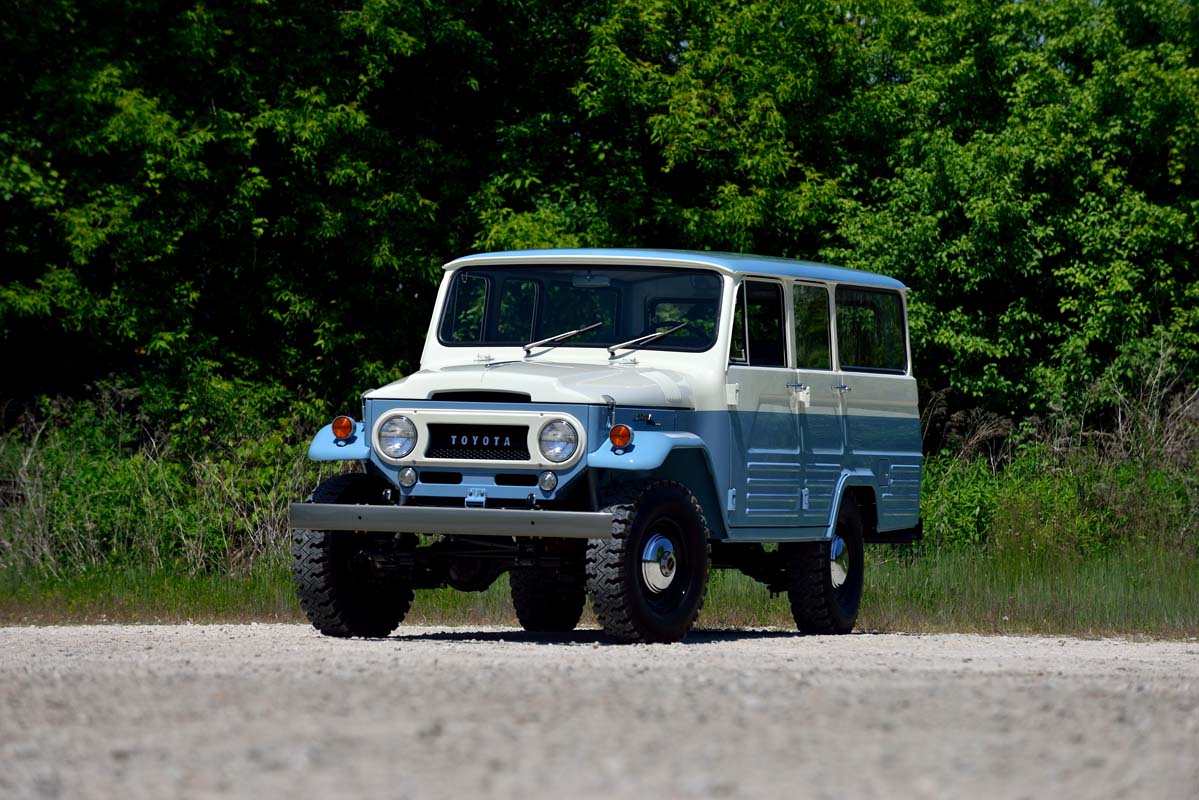 At the affordable end of the classic car world are vehicles in poor condition that have lived a hard life and had donor parts installed to keep them going. Moving to the pointy end are the expensive investments which, apart from looking pristine, will still have all original items as from the factory with nothing out of place or non-standard.

Affordable cars advertised with donor bits and in non-original condition usually show an honest seller, but the problem arises when a car is advertised as original but it is not the case. And it can be hard to pick.

In this instance, the loss of money can be in the six-figures, and in most cases, it’s buyer beware, so, it pays to take due diligence and, if in any doubt, always seek expert advice before agreeing to hand over any money. 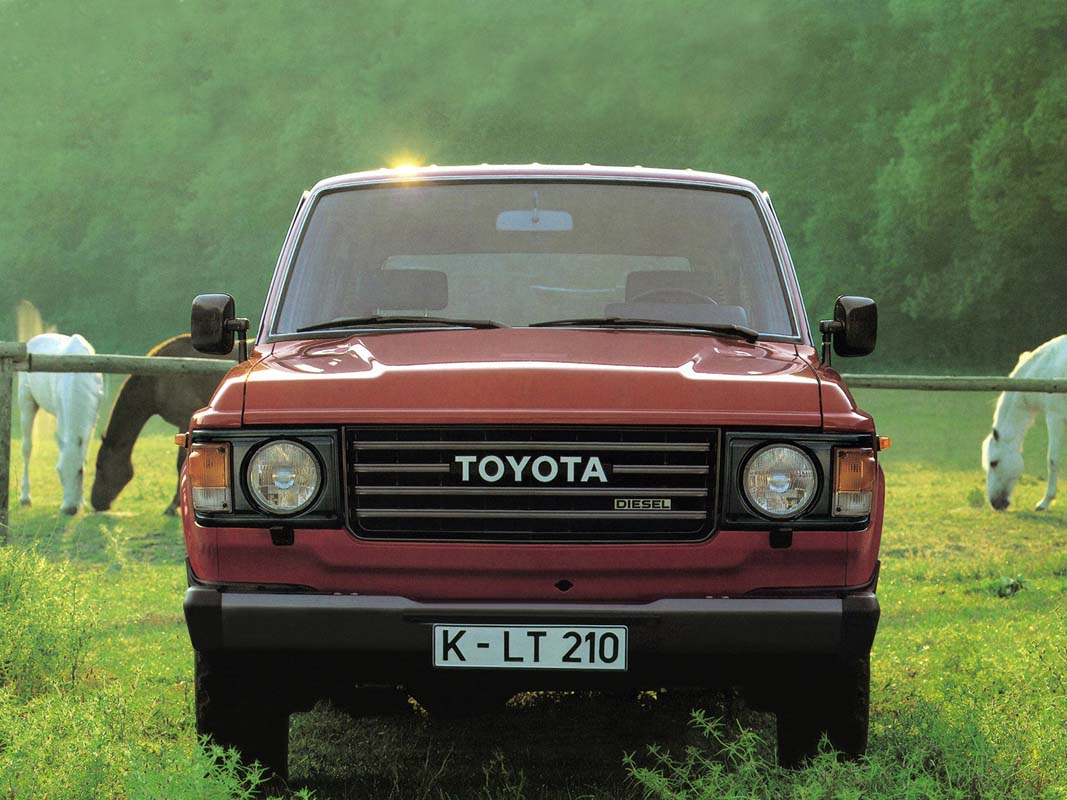 The catchphrase often heard when a seller justifies a classic’s higher than normal price is that it’s ‘matching numbers’. This is when the compliance plate on the car matches the stamped chassis and engine numbers. These items would have been originally assigned to the car when it left the factory. But if for instance the original engine broke its bottom end and the same type of engine with different numbers was installed, the car is no longer ‘matching numbers’, and this can significantly reduce the asking price. 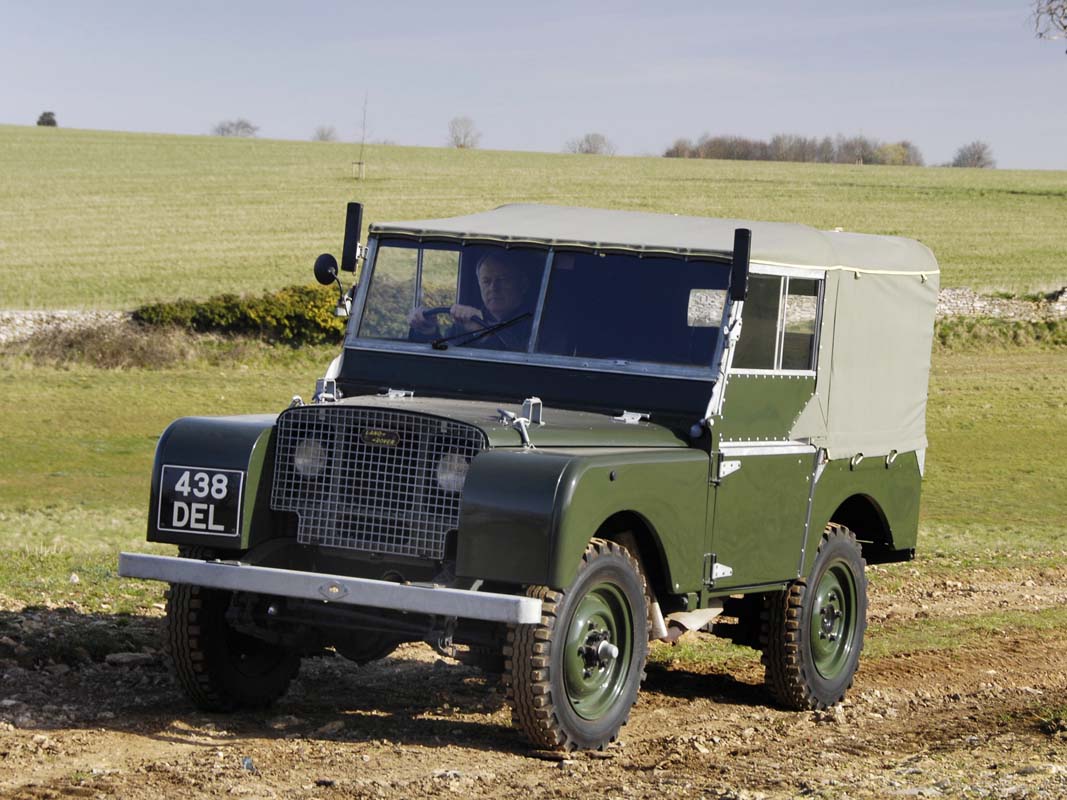 Typically a car known to have a weak engine or that is commonly used for track work should be approached with caution if wanting to buy a numbers matching car. In the decades of its life there’s a good chance the engine would have blown and the cheapest course of action is to source a good engine from a wrecked car rather than rebuild the blown one. In some cases the owner may have kept the original, but you’d have to be lucky.

Some classics can also be models with the lower output motor, such as a six-cylinder, but somewhere along the line more power was wanted and a V8 may have been installed – pretty common with FJs - and there’s even been cases of it going the other way around.

The older the car the harder it can be to check the numbers because records are usually thin. If there’s original paperwork, that’s a good start and it should have a record of the VIN, chassis and engine numbers, and possibly items such as the gearbox and other options which we’ll cover later.

Vehicles sold in Australia for road registration will have a compliance plate mounted in the engine bay with a record of the VIN, chassis and engine number. Using this as a guide, check the engine number on the block and the number stamped onto the vehicle’s chassis. If they don’t match then something is awry.

Unfortunately there are some dodgy operators out there who will go to great lengths to stamp fake compliance plates and increase the value of a non-original vehicle. So if you really are serious about buying a classic and you don’t have much experience or knowledge, it is advised to join a relevant car club and start asking questions. Nearly all car clubs are friendly and there’ll be members who are more than happy to come and inspect the vehicle, and they’ll have a better eye for picking up on things like a dodgy restoration job or period incorrect items. 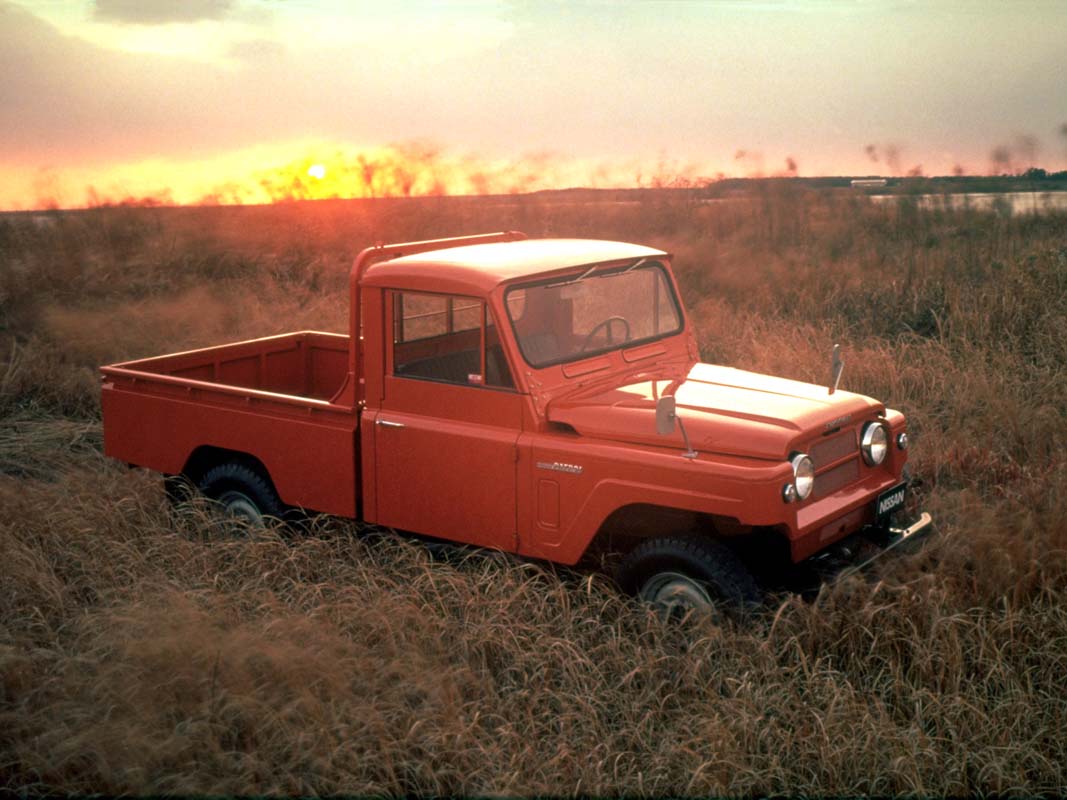 Hotter or limited edition vehicles might have matching numbers but could be a mock-up of a base model. Such cars are not worth the same as a real one is and so it’s important to have a reference or knowledgeable person compare the numbers on the car to that of the manufacturer’s records.

Up-specced cars also feature small differences over run-of-the-mill models, and apart from the obvious differences like paint stripes or wheels, sometimes accessories, there could be changes like an extra wire for a different light, the colour that wire should be or an extra screw hole in a particular spot.

Such intricacies help build the case for legitimising a genuine from a fake, but it requires intimate knowledge and experience which the average punter will not have. It is possible to obtain a list of differences, either from books or online, but again, joining a club and getting involved will be a fast track into understanding the differences and what a fake, or replica, is missing.

Some circles prefer for true classic cars to be in entirely original condition, otherwise known as a survivor car, and can extend to extremes such as: having original paint without any repairs, rust which has not been cut out for a donor metal plate, and original items like seat upholstery, alternator, stickers and carburettor covers intact.

This can obviously be hard in the case of a worked four-by-four, as it will have been through some very hard times.

The appreciation for such a car is up to the buyer. It might be that it’s completely original but as the saying goes, rust never sleeps. 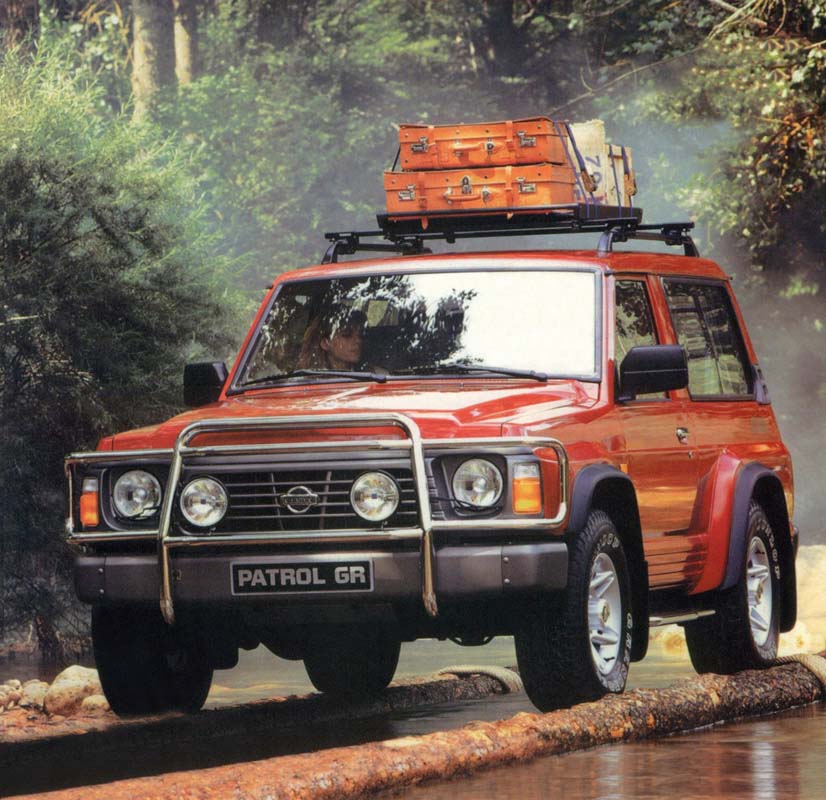 Problems at a glance

More simple discrepancies to spot can be period or model incorrect items. Common is that the wheels are not the original design or size, the carburettor may have been changed for a bigger one or a spoiler has been added for aesthetic reasons. Replacing or removing these might not be a big issue, but it will be an added expense and fitting non-standard body parts will require a trip to the panel shop.

Picking period incorrect or non-standard parts will require a keen eye and some expertise, and having a book for reference will help. 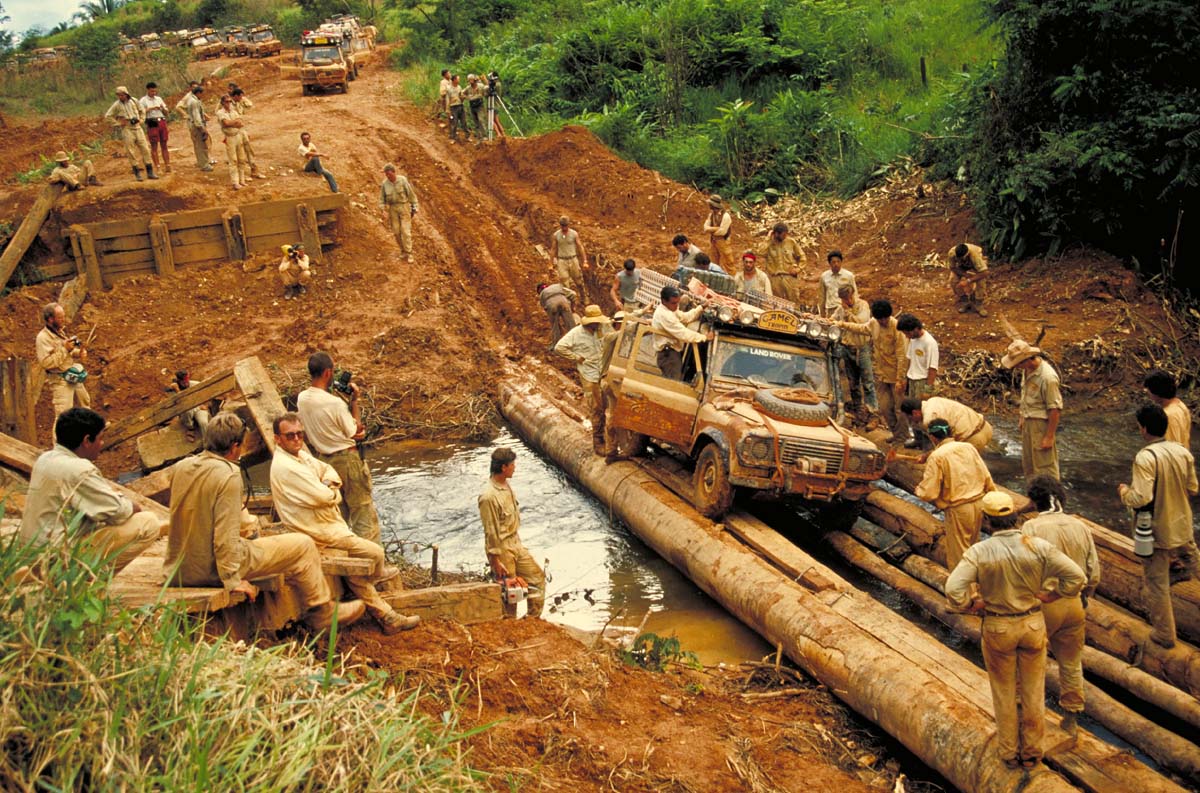 Classic car buying begins with a decision from the heart for most but can be a minefield to navigate and get through without being ripped off. And in most cases it’s buyer beware unless an expert has signed off saying the car is the real deal.

If considering a classic, read as many books as you can and get involved with online forum boards to expand your knowledge, but if looking for an investment or spending serious money on an original, we’d recommend joining the relevant car club and finding an expert who can assist in inspecting the vehicle with you.