Believe it or not, what you’re looking at here is a Chevy Colorado – or at least part of it. 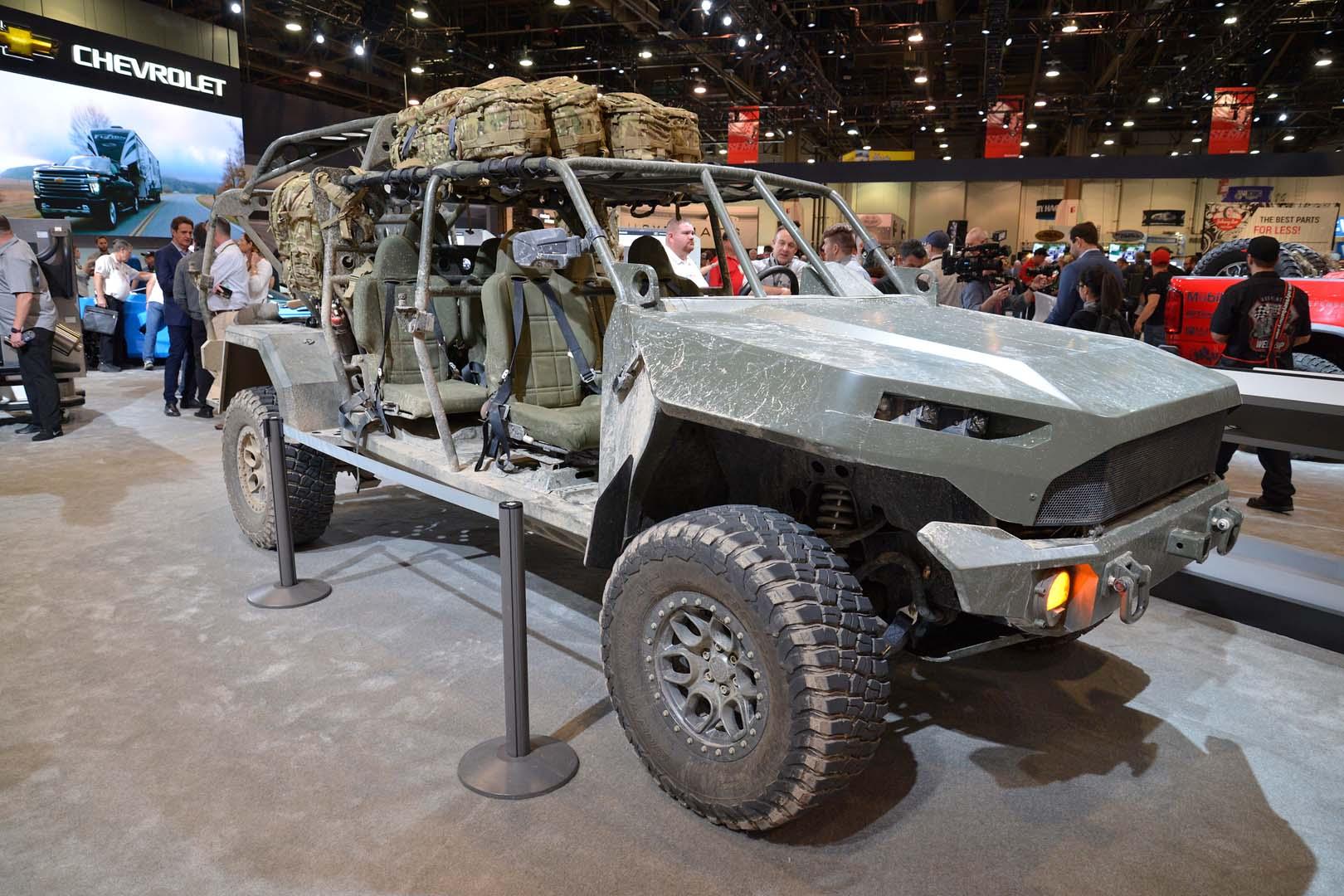 Based on the ZR2 versions of the Colorado for the US market, the ISV (Infantry Squad Vehicle) is a pitch by GM Defense (a recently revived division of General Motors) for a fast deployment vehicle for a standard US Army rifle squad of nine members.

That nine-person requirement explains the number of seats and their unusual configuration, but the stripped-out nature of the vehicle was necessitated by the ISV’s need to weigh less than 5,000lb (2,268kg) so it can be slung beneath a Blackhawk helicopter, while being able to carry the ISV within a larger Chinook helicopter dictated its maximum height, so the rollover protection system at the rear can actually be decoupled.

The ISV is powered by the standard 2.8-litre Duramax turbodiesel found in the Holden Colorado, matched to a six-speed auto transmission and shift-on-the-fly four-wheel drive. An interesting quirk of the ISV is that, being a military vehicle, it isn’t required to meet the same emission regulations as civilian vehicles, so the 2.8 produces more power.

The frame, engine, driveline and suspension are all as per the US Colorado ZR2, as well as Chevy Performance Parts division’s upgraded suspension, underbody protection, cooling system and 35-inch tyres.

Competing against similar squad vehicles from Oshkosh and Flyer, GM’s ISV started undergoing US Army testing as SEMA got underway. The contract, for an initial build of 647 units, followed by almost 2,000 more, will be awarded in February. 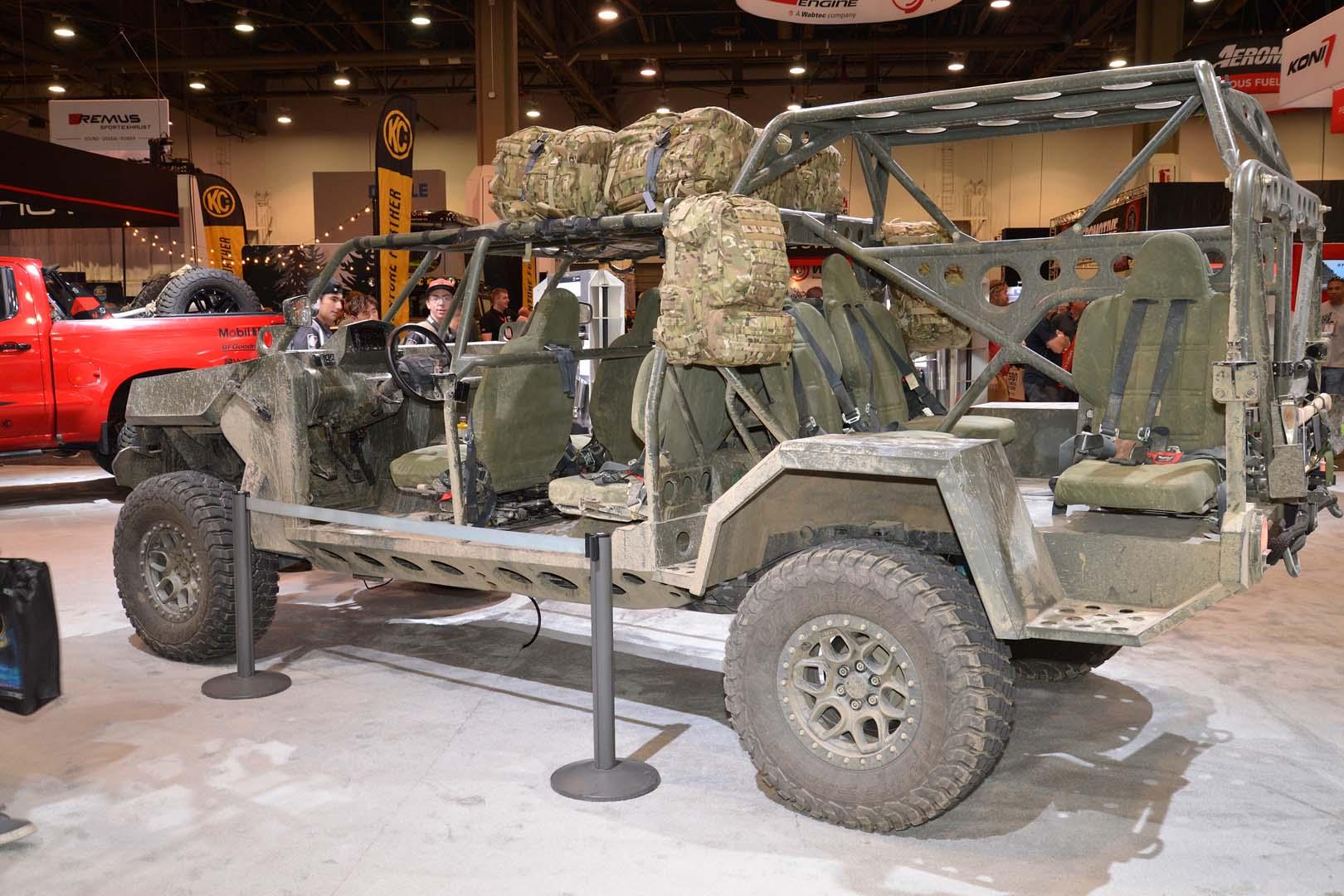 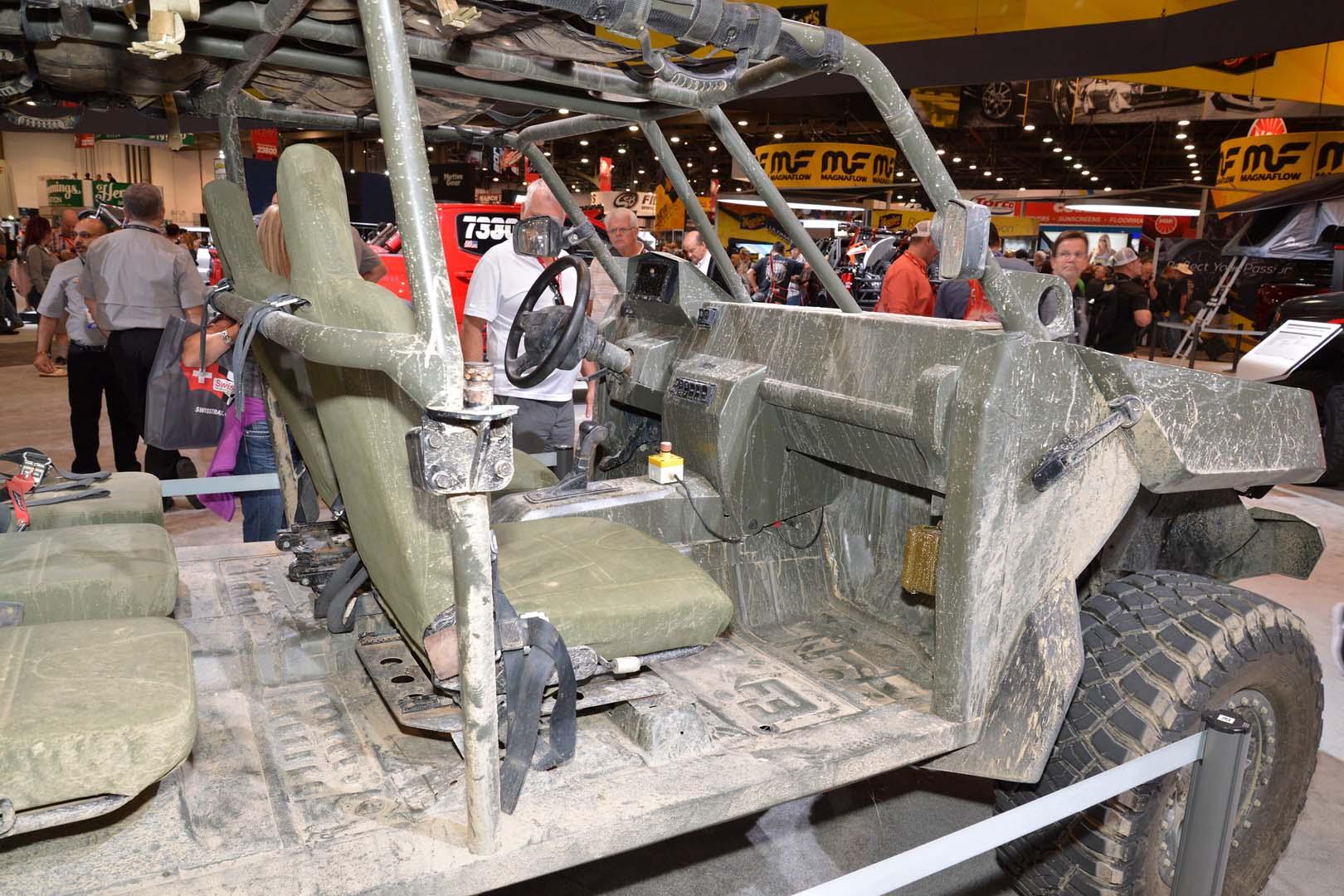 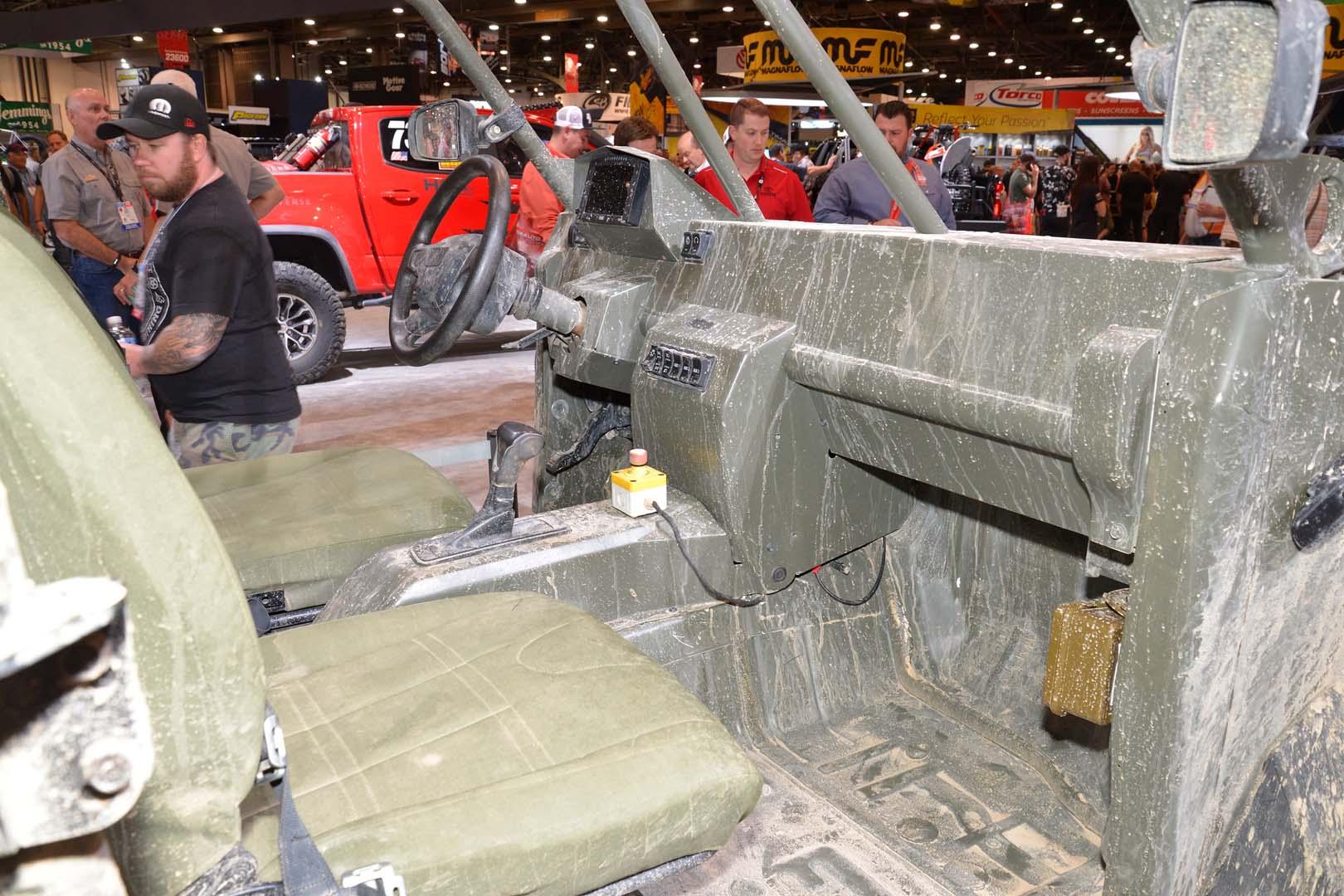 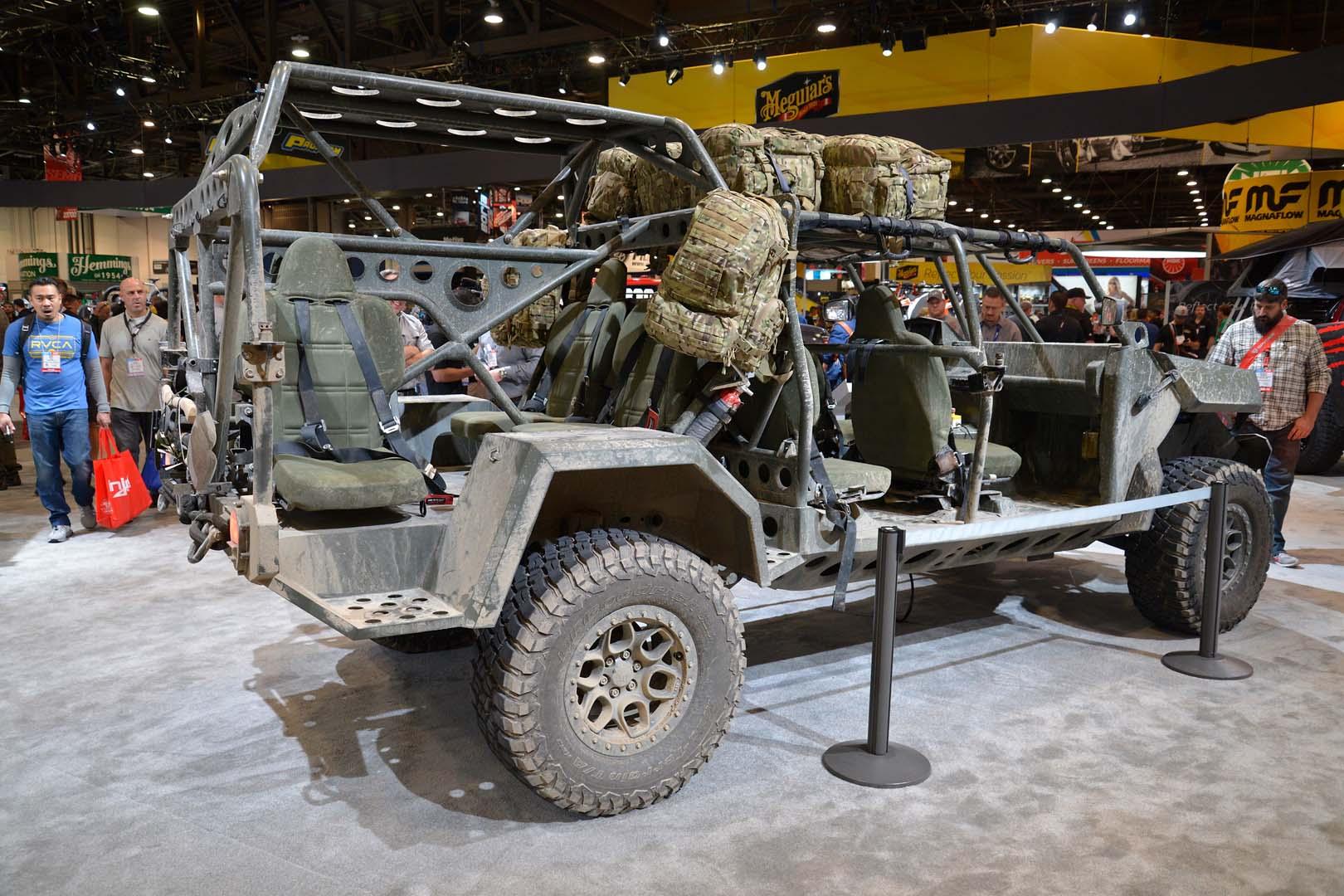