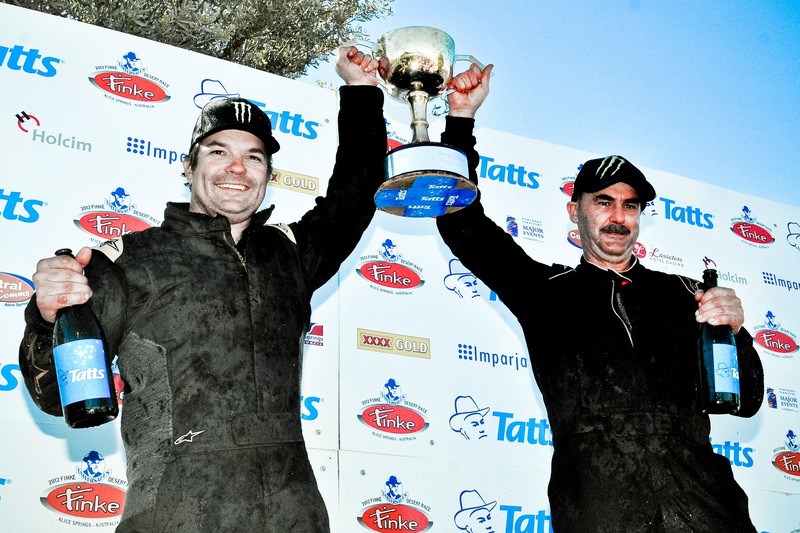 In this year's 37th running of the event, the South Australian duo of Brad Gallard and Scott Modistach met the challenge to claim victory
For more than three decades, the Tatts Finke Desert Race has been the ultimate test for offroad racers, with the track which runs down the old Ghan Railway from Alice Springs to the Apatula Community (Finke) and back over two days providing the ultimate proving ground for tyres, suspension and drivetrains.

In this year's 37th running of the event, the South Australian duo of Brad Gallard and Scott Modistach met the challenge to claim victory. In their seventh attempt at the iconic race, Gallard and Modistach drove the #454 Monster Energy Geiser Truck through the famous red sand dunes and huge Finke whoops in a time of 3hr 51min 33sec, ahead of the #55 Alpha Buggy of Matthew Coleman/Shawn Teagle, with the #413 OBR Geiser Truck of Beau Robinson/Ken Skinner in third.

The road to becoming King of the Desert wasn't an easy one for Gallard. Qualifying sixth during Saturday's prologue, Gallard dug deep and applied the motto of "Attack the Dirt" emblazoned on the side of his truck's 37-inch Toyo tyres, unleashing the fury of the six litre V8 Geiser Bros Trophy Truck. Charging through the famous Finke whoops and sand hill fly overs, Gallard claimed first position on the opening leg of the race from Alice Springs to Finke with a time of 1hr 56min 39 seconds.

"We started in sixth spot and it was hard work even getting through the gate out of the prologue complex. We had dust pretty much all the way from Alice Springs down to Finke, mentally it was the toughest drive I have ever done." Said Gallard at the Finke overnight camp. "We would have only spent about 20% of the time in clear air on the way to Finke and we didn't need lunch as we had solids the whole way."

By contrast, Monday's return leg back to Alice Springs was a breeze. Starting first on the road with a 3 minute 19 second buffer over Rentsch, Gallard had a dust free run, completing the final leg home in 1hr 54min 53 sec to take the win and claim the "King of the Desert" title for the first time.

"The Geiser truck was flawless, we've got it dialed in now and it didn't miss a beat. It did it easy, real easy." Said Gallard, "I knew the truck always had it in it and it was just a matter of getting up towards the front in the prologue and seeing what happened.

"I've been coming here 7 years with my sights set on taking out no 1 overall in Australia's Greatest Desert Race. I'm overwhelmed to have achieved it and stoked to be on the record books with some of the best names in Off Road Racing."

The victory rewarded the Monster Energy team for their no holds barred approach to the race, which started just as the dust was settling from the 2011 event. Firm believers that the race is won well before the green flag drops, Gallard and Modistach both spent time in the Geiser Brothers workshop in the US earlier this year to hone their preparation skills.

Then, when testing at the Flinders 400 in late April revealed a rear axle weakness, the rear end of the truck was upgraded to the latest Tubeworx offering. No chances were taken when it came to choosing rubber, with Toyo air freighting the same race-spec 37x13.5R17 Open Country M/T-R's as used by Robbie Gordon and BJ Baldwin on their barnstorming Trophy Trucks in the USA.

"We were confident in the complete truck package. The Toyo tyres held up perfectly the whole way and had awesome grip over the wide variety of terrain. They still have the sharp edges on them at the finish line, even after tackling the torturous terrain. I know we hit some rocks a couple of times hard, but there was still no sign of damage," Gallard said.

The Geiser Brothers machines featured prominently in the results at Finke, with Beau Robinson taking 3rd outright in the #413 OBR Geiser, even after a big end-for-end roll at the 40km dune, while central Queensland's Billy Geddes nailed down third in the Extreme 2wd class and ninth outright in his #441 Geddit Racing Chev 6.0litre Geiser. Gallard's victory also capped off back-to-back wins at major events for the Geiser Brothers, with Bryce Menzies taking line honours at the Baja 500 in the USA a week earlier.

Gallard and the #454 Monster Energy Team will now focus their attention to the Hi-Tec Oils Riverland 300 at Waikerie on June 29 - July 1, before heading north to tackle the infamous melon holes of the Albins Offroad Gear Goondiwindi 400 in August. 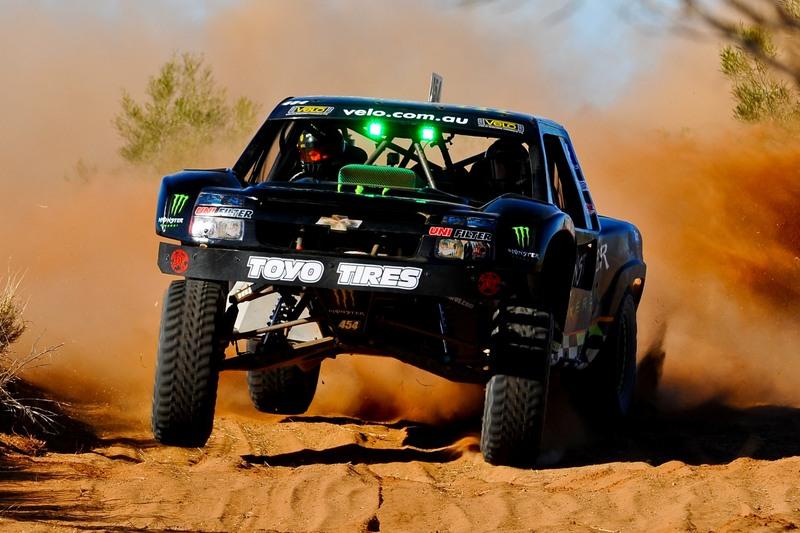 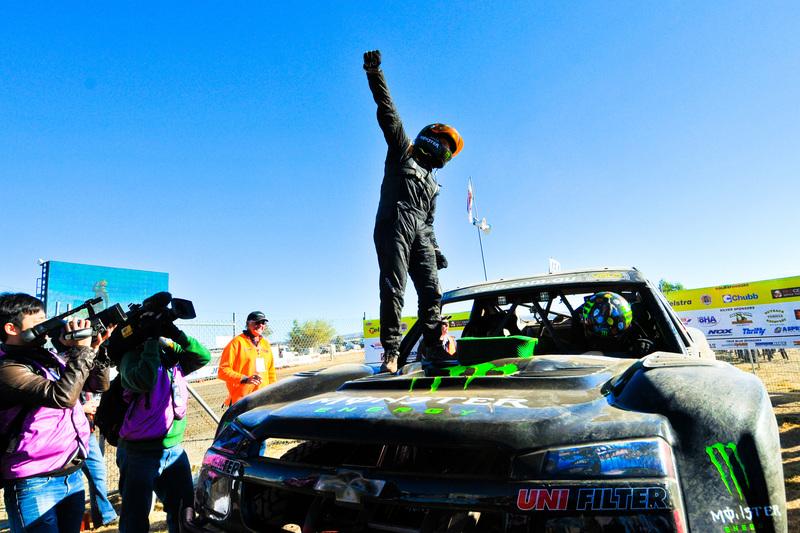