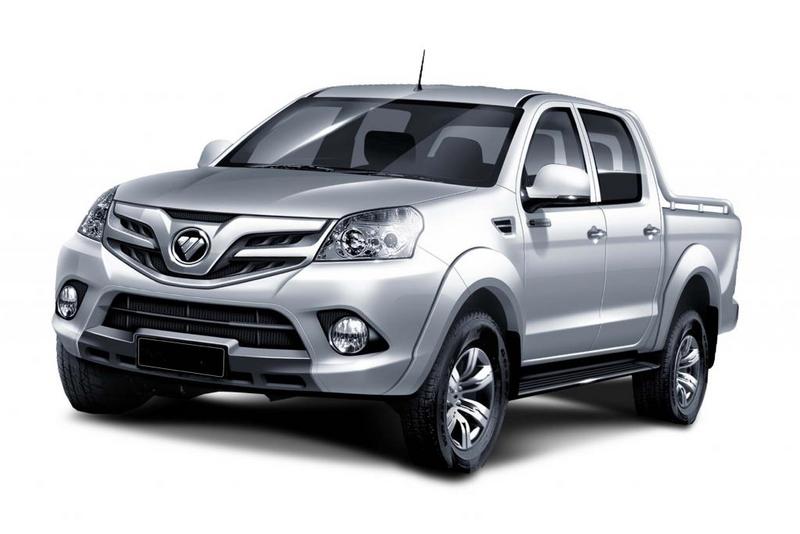 The agreement between WMC and Foton has been signed and secured while Australian Design Rule compliance and testing is currently underway and is due to be finalised in the next two months
An aggressive new player has its sights set on the Australian one-tonne ute market. Sydney based Australian automotive distributor, WMC Group has secured the rights to distribute the Foton range of 4x2 and 4x4 utility vehicles, with plans for the first vehicles to go on sale in Australia early in 2012. \n

The agreement between WMC and Foton has been signed and secured while Australian Design Rule compliance and testing is currently underway and is due to be finalised in the next two months.

According to managing director of WMC, Jason Pecotic, the new Foton ute has been designed and targeted for both North American and Western Markets rather than for domestic Chinese sales and has been benchmarked against the best Japanese rival models.

"We are very pleased to have secured the distribution rights for Foton ute and we are confident that it will complement our other automotive products including Higer buses and JAC trucks," said Mr. Pecotic.

"Foton will be a game shifter in the ute sector delivering a sedan style interior on a wide body configuration boasting a full one tonne pay load and a three tonne towing capacity with power from Cummins, the world's largest and most experienced producer of diesel engines," he said.

"Apart from those impressive specs the new Foton will be priced at a level that will be between 15 and 20 percent less than comparable models from Japanese manufacturers, making it a compelling proposition for buyers whether they are tradesmen, farmers, fleet operators or private buyers," Mr. Pecotic added.

"Australia is a very important market with the third highest sales of utes in the world and Foton will be using us as a launch pad ahead of its planned move into North America and Europe over the next two years," he said.

The model name to be used for the new Foton ute is yet to be determined and is currently under discussion.

Foton will build the ute in an entirely new state of the art green fields plant near Beijing and it will be the first vehicle to be manufactured in the factory.

WMC is targeting an ANCAP rating of at least 4-star with the new Foton ute boasting ABS+EBD along with dual front airbags operated through the latest CAN system as standard.

The latest Euro 5 spec ISF 2.8litre common rail turbo diesel engine is the newest engine in the Cummins range and delivers up to 120kW of power and 380 Nm of torque.

Along with the Getrag manual transmission, which will be available at the time of the Australian launch, the Foton will also be available with a ZF automatic to be introduced soon after. The transmission features an electronic transfer case for selection of four wheel drive on the move, while it also boasts the latest design heavy duty Dana axles with Limited Slip Differential.

Exterior dimensions position the Foton ute dual cab competitively against the opposition with an overall length of 5310mm, width of 1880mm and height of 1810mm with ground clearance of 220mm. This is 180mm longer, 120mm wider and the same height as the best selling similar spec Japanese ute while the Foton also boasts 10mm more ground clearance.

A strong dealer network has already being assembled to handle sales of the Foton ute range with representation planned across the country in major rural and regional centres as well as metro markets.

WMC's Australian new head office and distribution centre is based at Milperra in Sydney's South West to serve its Foton, JAC and Higer operations and the company has been recruiting additional staff while building its networks to market the various commercial vehicle products it is marketing around the country.