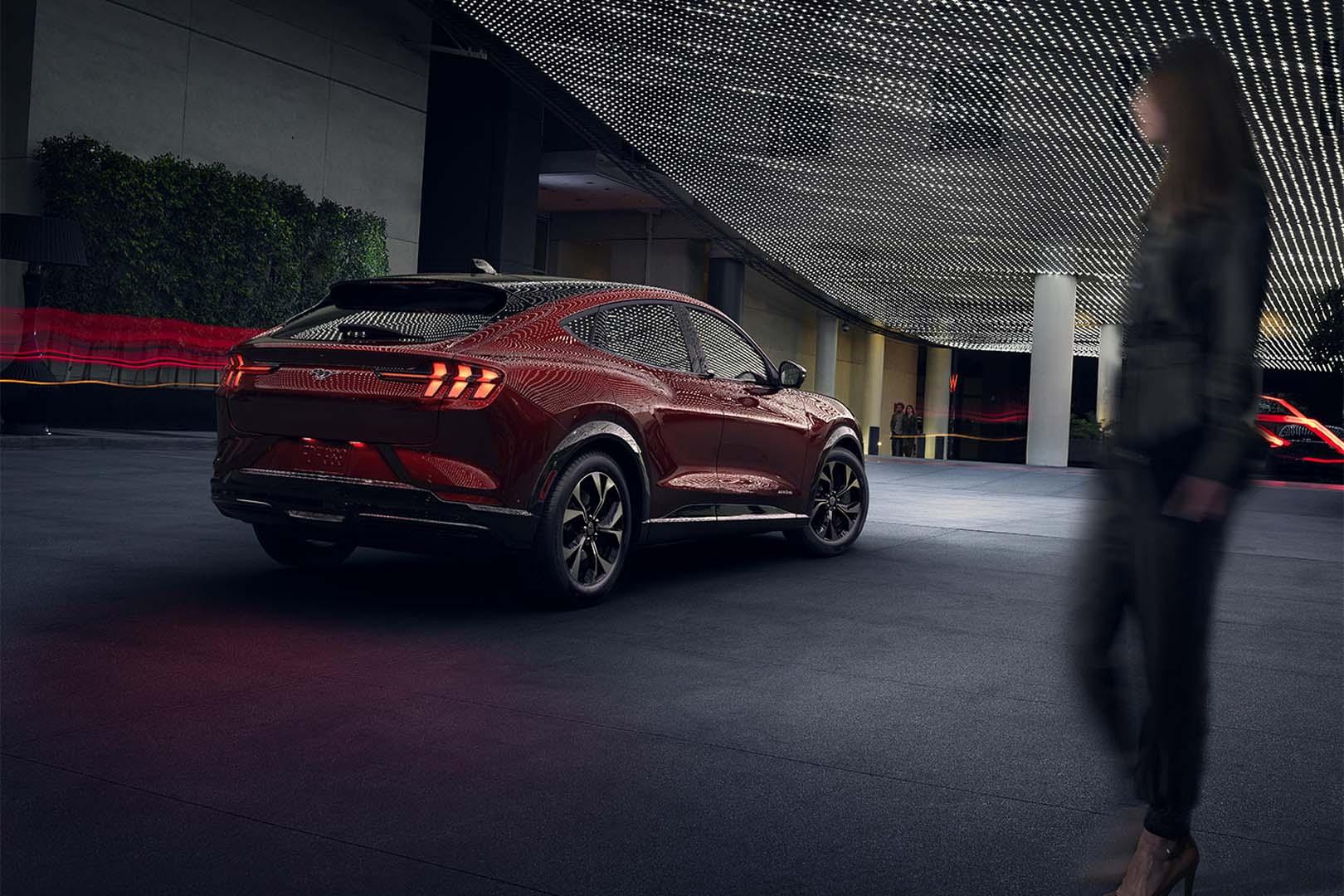 In what’s been seen as a controversial move, Ford have linked their new electric SUV to their long-running and successful Mustang sports coupe by naming it the ‘Mustang Mach E’.

Seen as an extension of the Mustang family (that has only been offered as a standard coupe, convertible and fastback coupe until now), the Mach E is described by Ford as carrying the “same all-American ideals that inspired the best-selling sports coupe in the world”. Ford was initially going to call their new SUV ‘Mach 1’, a Mustang model name originally used in 1969, but enthusiast backlash led to the change to Mach E.

While carrying some Mustang styling elements, most notably in the ‘long hood, short deck’ profile and the head and tail light treatment, the Mach E is clearly an SUV, with a four-door body (the original Mustang has never been offered as a four-door) and the typical high-riding stance, wheelarch cladding and “coupe” styling most other SUV manufacturers have adopted. The Mustang Mach E is also very much a “city SUV”, with no real claims of off-road capability, despite AWD being offered on some variants.

Due for North American release in late 2020, the Mustang Mach E will initially be offered in two versions – ‘Premium’ and ‘First Edition’. Following in 2021 will be ‘Select,’ ‘California Route 1’ and ‘GT’ model grades.

Dimensionally, all five variants are almost identical inside and out (the exception is a lower ride height on the GT), with the same five-seat capacity and identical cargo volume. The main differences are in range and output options 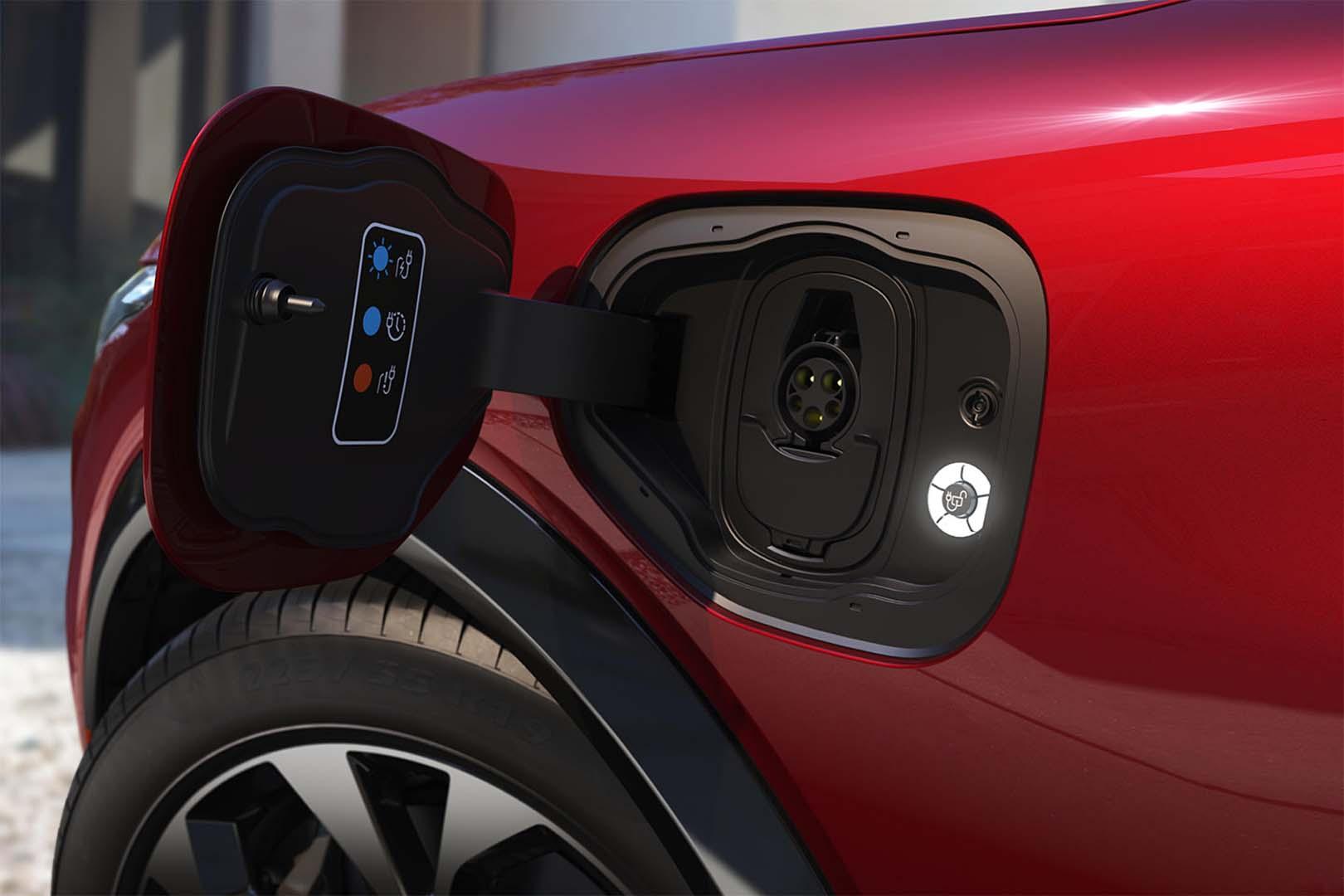 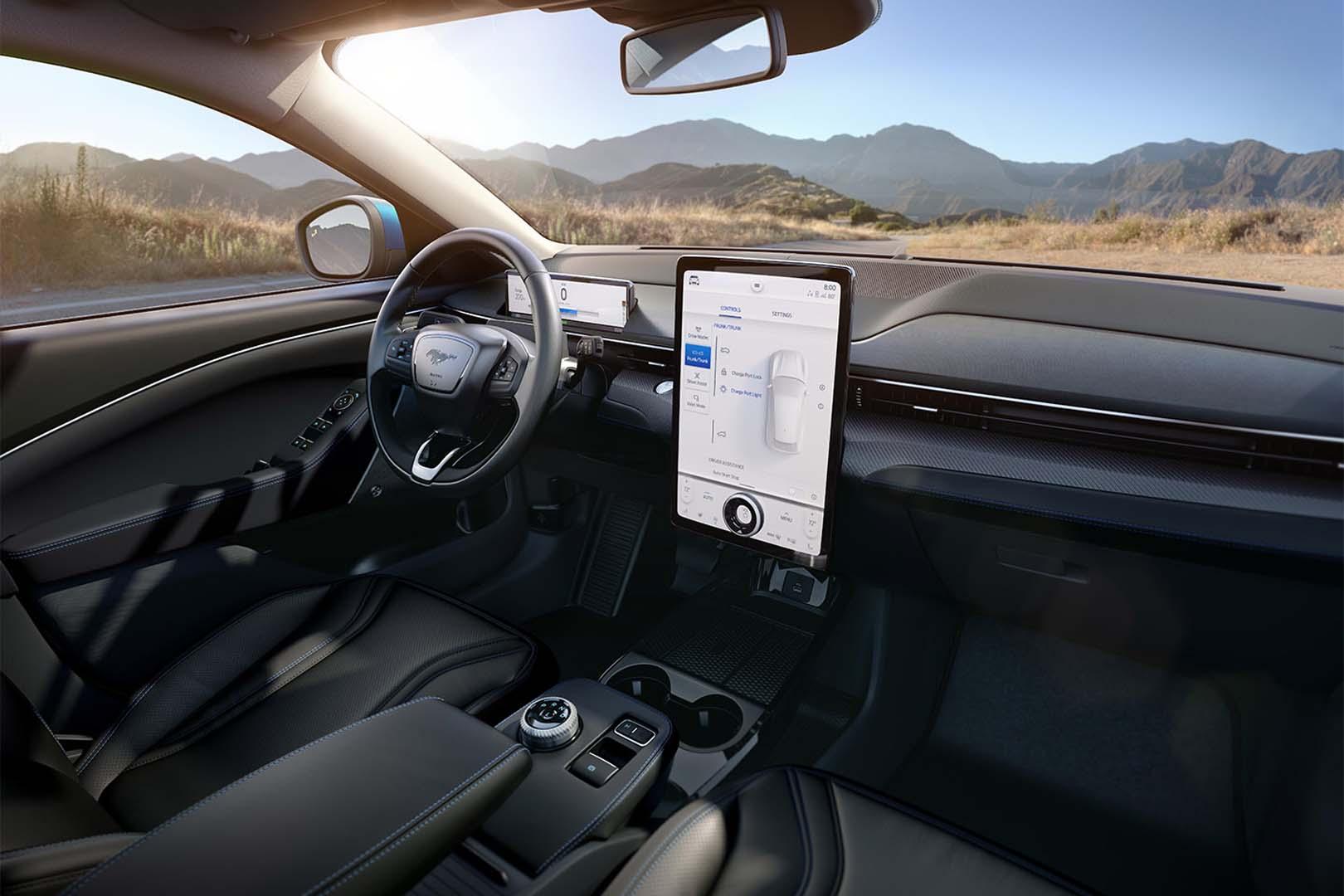 Full details on the Mach E’s permanent magnet electric motor are yet to be revealed, but the accompanying lithium-ion battery packs will produce range from 337km to 482km between charges. The Premium and Select grades will be offered in standard (75.7kWh battery) and extended (98.8kWh battery) range, as well as RWD and AWD. The California Route 1 will be offered in extended range RWD only, the First Edition in extended range AWD only and the GT in a 378 km range AWD version. Common to all grades will be a DC fast charge capability, which can charge from 10 per cent to 80 per cent capacity in less than 40 minutes.

Power outputs vary from 190kW/414Nm in the Select to 342kW/830Nm in the GT, but these are all “targeted” outputs and not official figures. The GT is also targeting a 0-100km/h time of under 4 seconds, while a Performance Edition upgrade of the GT aims for a 3.5-second 0-100km/h time.

Other differences between the Mach E grades come down to equipment levels, with features like heated seats with memory function, wireless phone charging, ambient lighting, a hands-free power tailgate and a Bang & Olufsen sound system fitted to different grades, but Ford’s next-generation Sync infotainment system will be offered range-wide.

No Mach E for Aus

Given Ford’s commitment to produce the electric SUV in RHD, an Australian release of the Mustang Mach E is possible, but at time of writing, the UK was the only confirmed RHD market.

Australia is the best RHD market globally for the conventional Mustang, but poor sales for EVs locally will almost certainly prevent the Mach E reaching our shores. Ford Australia have offered some consolation in a plug-in hybrid version of the Escape SUV, which is due for local release in 2020 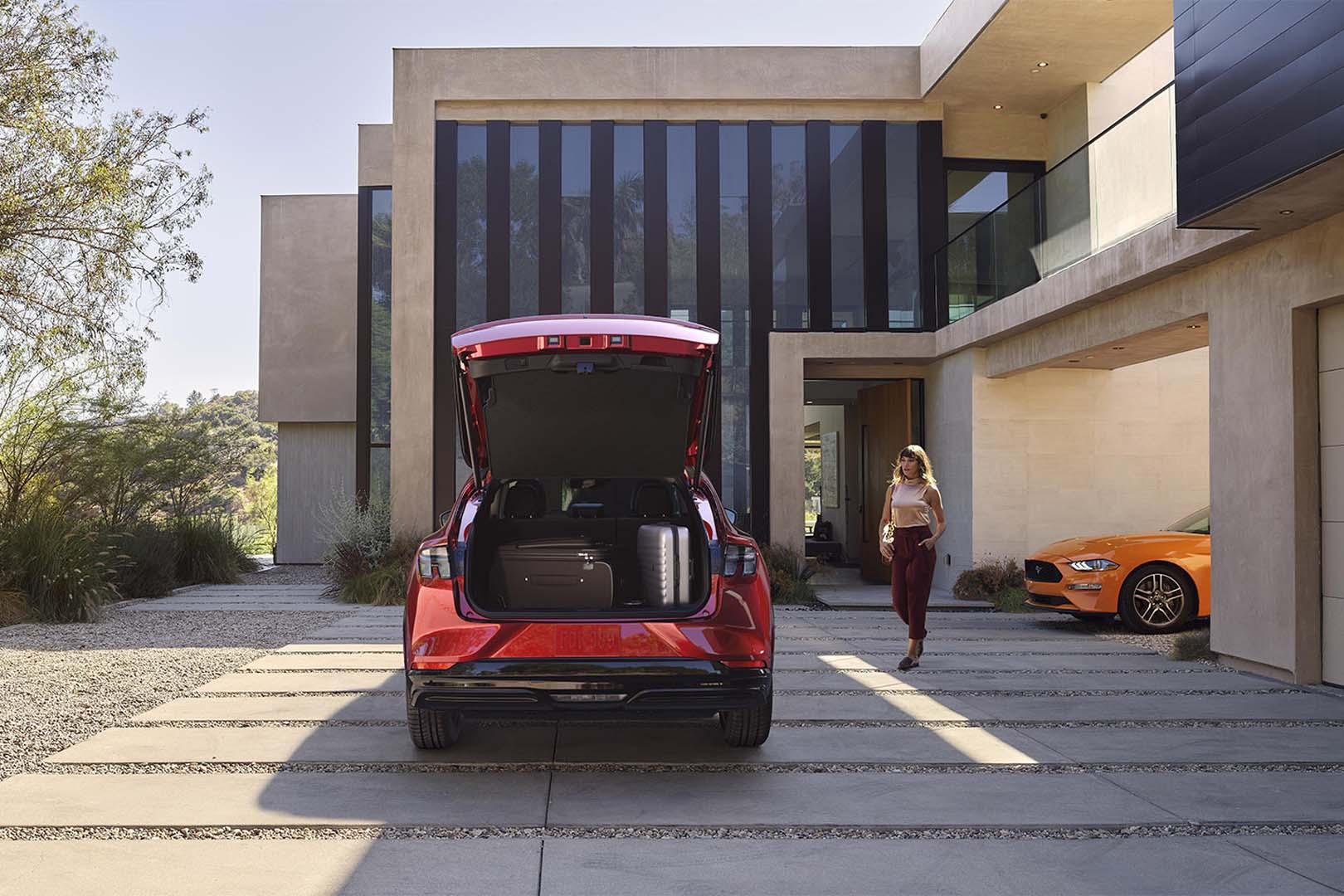