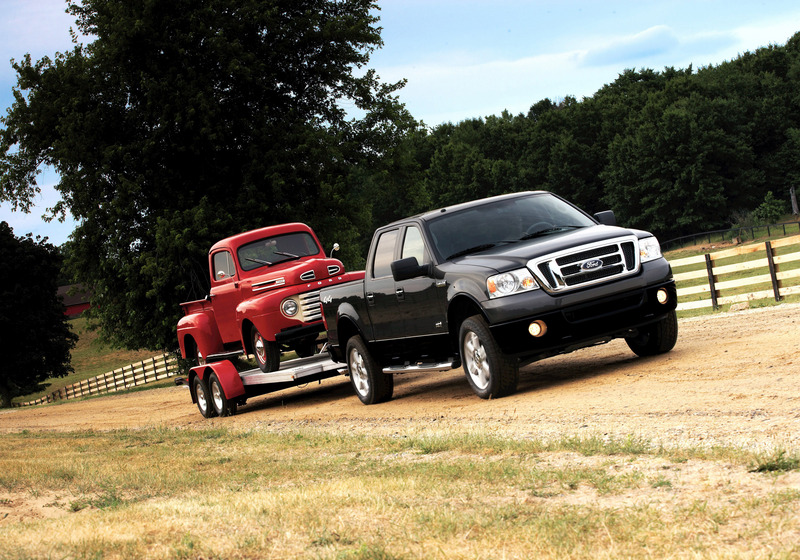 Analysts estimate that the F-Series alone makes up half of Ford Motor Company's profits in recent years.
The F-Series has been in production for 62 years. First introduced in 1948 it was known as the 'Bonus Built' and had an appearance that was to become a post war classic. A one-piece windscreen was used, along with side vent windows, a recessed grill and headlights and square front fenders.

The designation for the new line of trucks under the F-Series banner was simple. Half-ton models were called F-1, while F-2 denoted three-quarter ton chassis. The F-3 was the previous one tonner, re-rated as a 'heavy duty three-quarter ton'. The true one toner was the F-4, with the F-5 a 1.5 tonner, F-6 a two ton chassis and the F-7 and F-8 heavy trucks. The F-Series pickups were the forerunners to today's range of Ford pickups.

Ford celebrated its 50th Anniversary in 1953, the year that the F-100 designation commenced. Model specification was further simplified with F-Series now denoting conventional pickups. Accordingly the previous F-1 became the half-ton F-100, while the F-2 and F-3 were combined into a new three-quarter ton series tagged the F-250. The F-350 was the former one-ton F-4, albeit with a much wider choice of body types. The F-500 replaced the old F-5, similarly the F-600 took over from the F-6 and the F-700, F-750/F-800 were heavy weight V8 versions. There was also a Supertruck, the F-900, the first Ford with a GVW above 26,000Ibs.

Thereafter followed a continuous program of upgrades that continues today. In 1956, the F-100 received a major update, with the 8-foot cargo bed and wraparound windscreen the most noticeable changes. 1957 saw the first of the F-100 Styleside models, and the following year the new design was updated with dual headlights, more horsepower and the availability of power steering. By the mid-sixties Ford picked up on the trend of an emerging market of utility buyers for recreation and dual-purpose use. Improving ride and handling the twin I-beam front suspension and introduced with the slogan, "drive like a car - work like a truck".

By 1965 two thirds of F-Series buyers purchased utes for recreational purposes, with Ford responding, introducing its Camper Special package for the F-100 and F-250. The F-Series SuperCab was introduced in 1974 and the F-100 Custom in 1978. 1975 saw the debut of the F-150 pickup, and 1977 saw the F-Series become America's best selling full size pickup truck for the first time.

The F-Series in Australia
The first F-Series Fords arrived in Australia in the late sixties/early seventies. Despite a mind-boggling range of models and capabilities in the US, Ford Australia at best dipped its toe in the Australian market with the F-Series.
The F-Series first gained 4WD in 1959, limited to just the F-100 and F-250 models. The F-100, F-250 and F-350 all started their life as 2WD utilities, offering a comfortable cabin and a spacious cargo area, plus a motor capable of towing the largest trailer.

Ford released the new range of F-Series in 1974. Along with improvements in styling and interior comfort, was offered with optional V8 and auto transmission. There were 8 models in the range - four F-100 variants, and 2 each of the F-250 and F-350. Standard equipment was a 250 CID 6-cylinder engine, with 302 V8 optional on all models. All F-100 and F-250 models could be ordered with a column selector 3-speed auto box on V8 variants. Standard transmission was a Warner T18 4-speed manual with synchromesh on 2nd,3rd and top. A 9.5-inch twin disc clutch designed for high torque and load applications was fitted to all 4-speed manual boxes.

New to the range were F-250 4WD pickups. They first arrived in Australia in October 1973, although they were never officially launched with any fanfare. They consisted of either cab/chassis or styleside utility models, powered with a 300 CID 6-cylinder engine. Body styling and construction included all of the features found on the existing local production F-Series, plus upgraded seating, new body and tray designs, along with a full ladder frame chassis and zinc coated double wall panels.

The 4WD F-250 was imported from Canada in knocked-down kit for local assembly. It came with high and low range drive in 4WD and high range only in 2WD. Free wheeling hubs were standard fitment on the front axle.
The Ford F-100 4WD was released in Australia in July 1977. It came in SWB and LWB models, and cab/chassis. Upon arrival the former F-250 was phased out. The F-100 was equipped with 4-speed manual box, 4.9 or 5.8-litre V8 with an optional 3-speed auto transmission. A limited production run equipped with a Perkins diesel engine was also offered for the 4WD F-100 in 1981.

Declining V8 sales saw Ford switch to a smaller 6-cylinder engine for the F-100 in 1980. The F-150 was introduced into Australia in late 1987. Powered by a 5.0-litre V8, the F-150 replaced the F-100, and gained a five-speed box in 1988. Ford axed the F-Series from its Australian range in June 1992. After a nine year absence Ford re-introduced the iconic F-250 and F-350 in 2001 in single cab 2WD. The F-250 was also available in 4WD. As sales again stagnated and demand diminished, Ford again dropped the F-Series from its range. It considered the importation of the smaller F-100 unit, but this would have then competed against the then Courier and now Ranger 4x4 utilities on offer.

Despite the F-Series no longer available as a factory option, the flow of current model F-Series continues with a thriving importation and right hand drive conversion market catering for demand. If history is anything to go by, there is every chance that Ford Australia may offer the F-Series some time in the future. 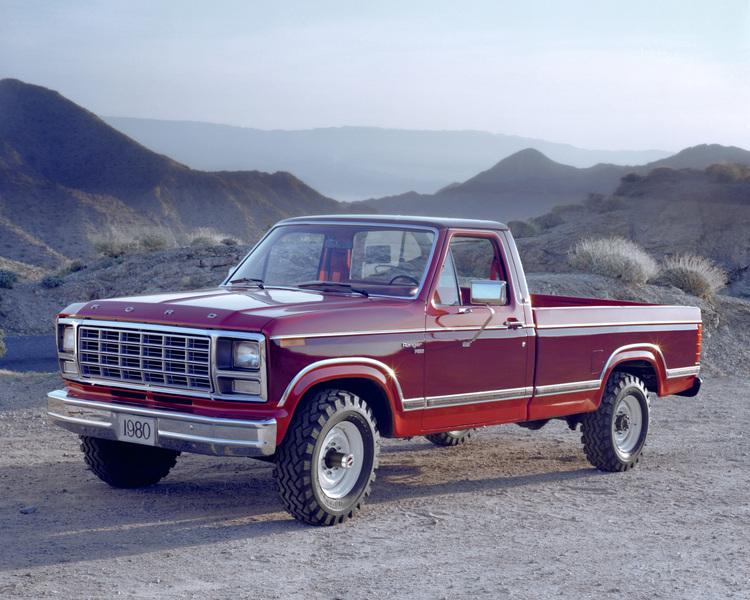 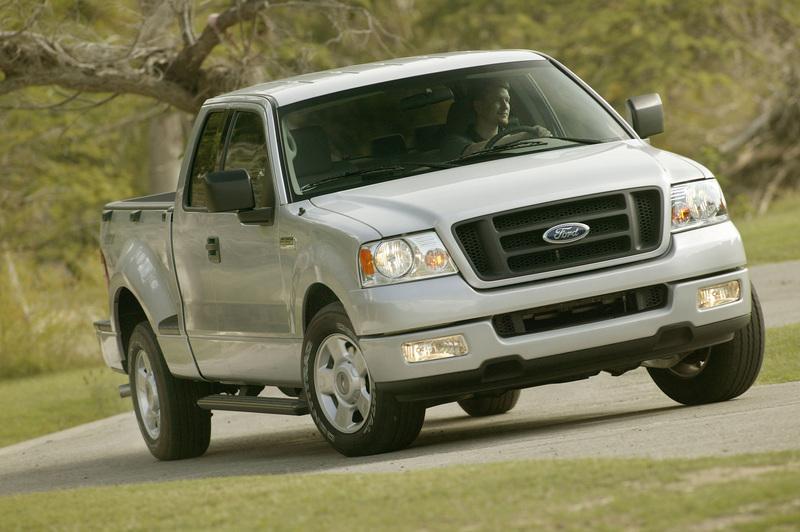 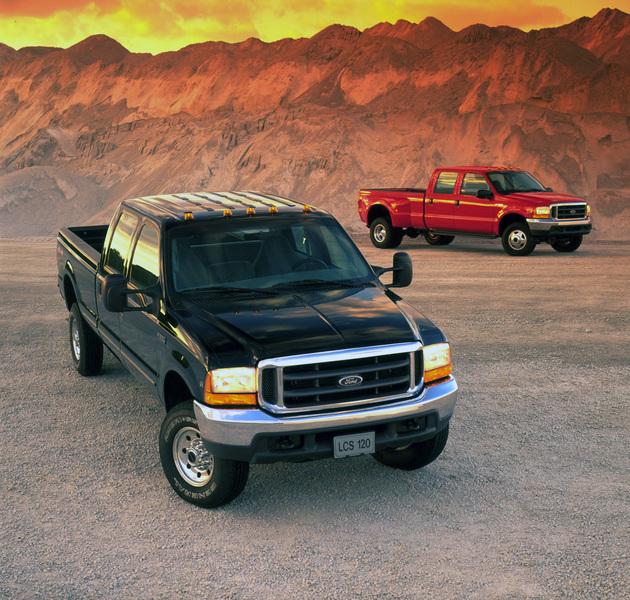 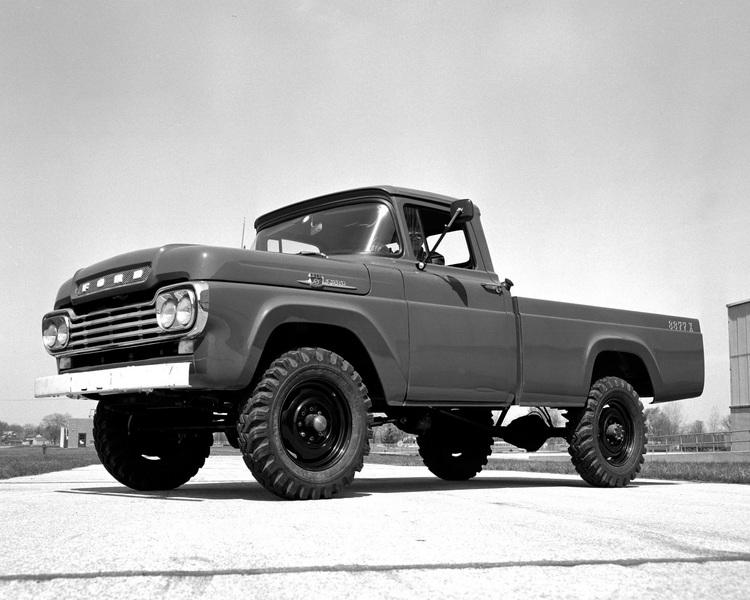 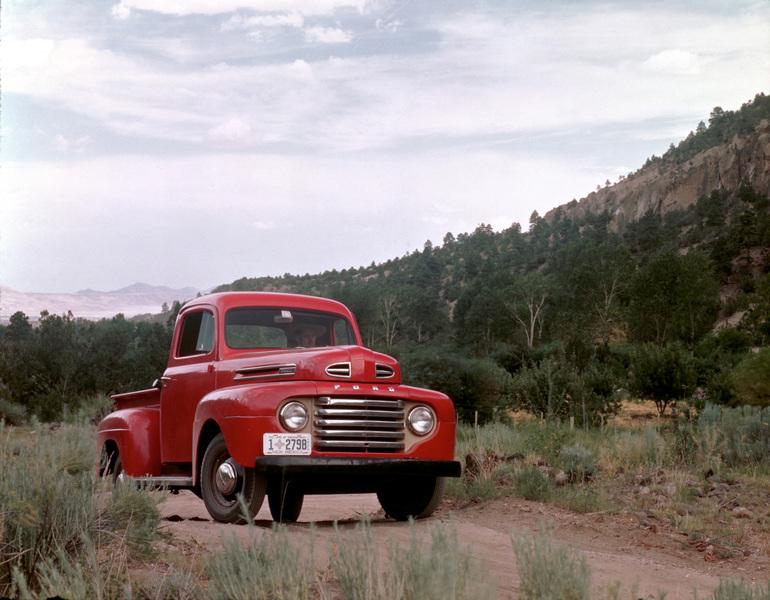 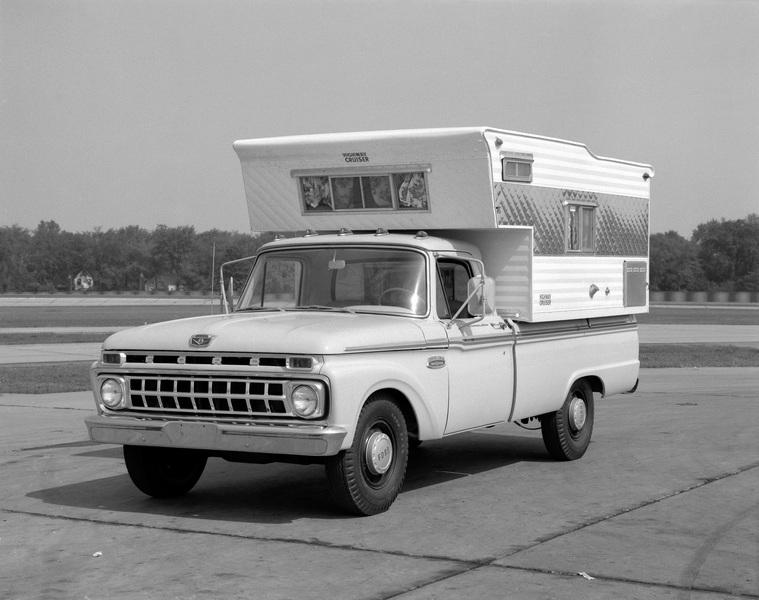