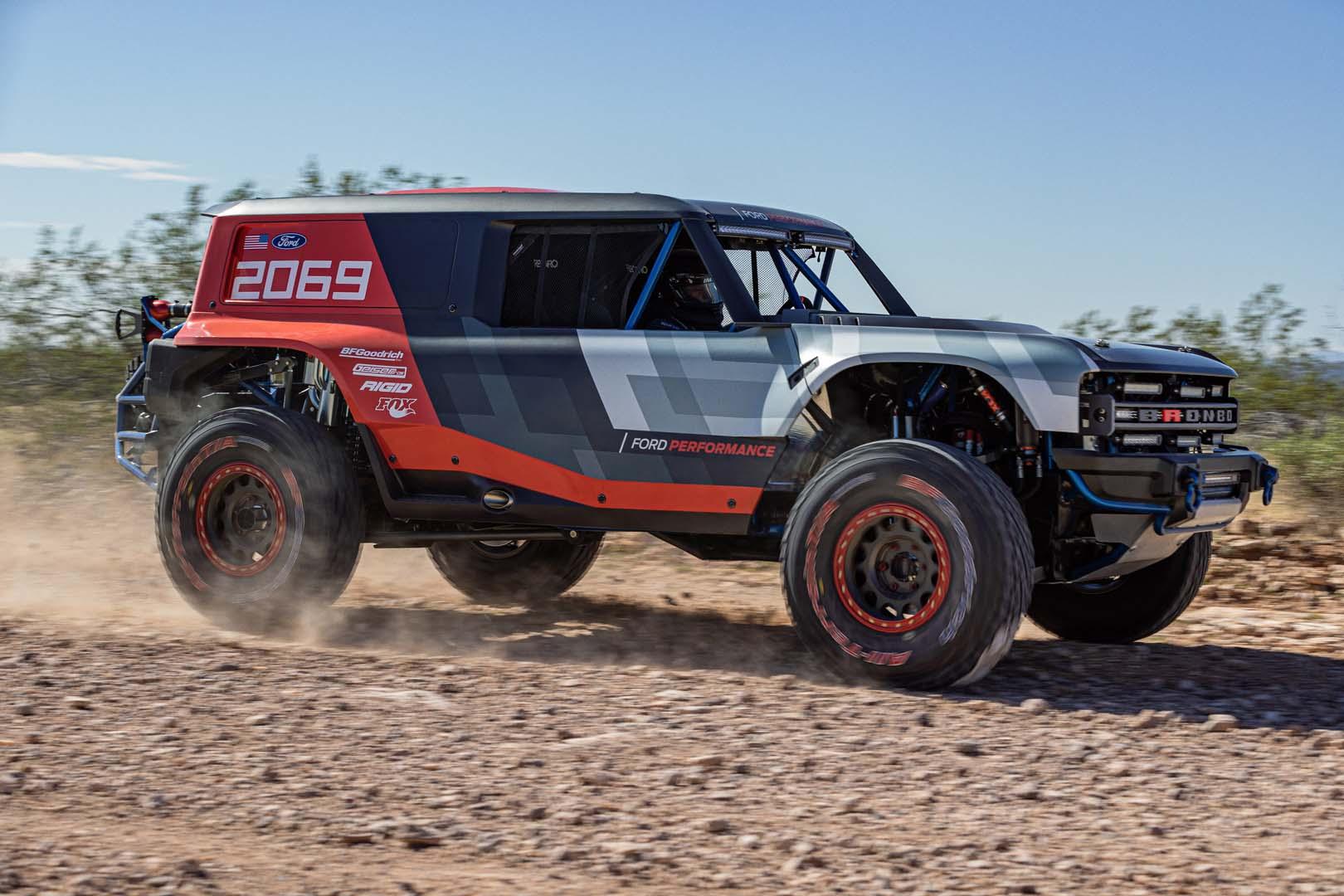 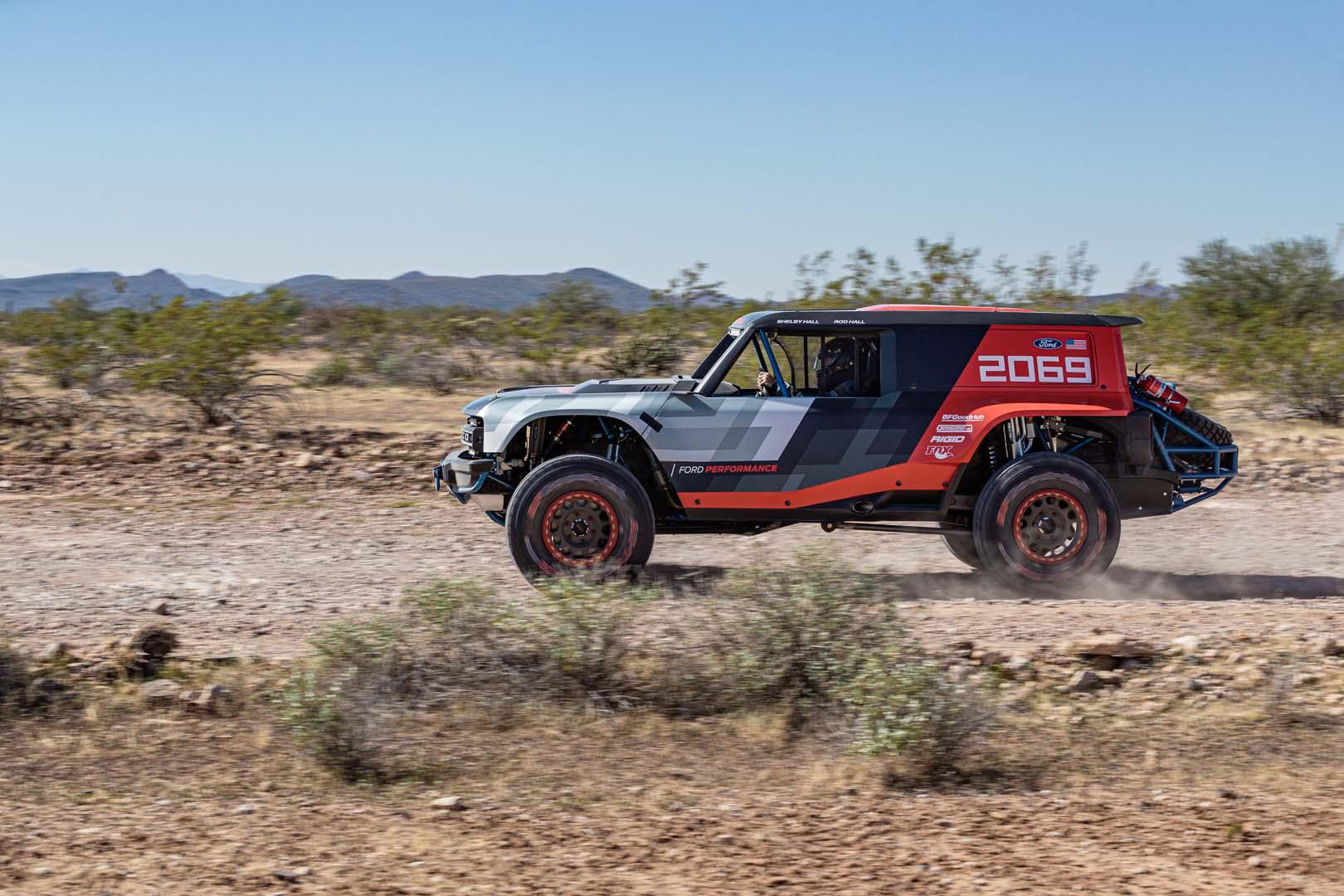 Ford have been teasing the return of the Bronco for a while now, but the ‘Bronco R’ race prototype is the strongest hint yet of the SUV that’s coming – most likely this year.

Launched on the eve of SEMA, Ford presented the Bronco R prototype alongside an original Bronco that won the 1969 Baja 1000 desert race, with livery on the new prototype also paying homage to the famous historic off-road racer.

The prototype was built by Geiser Bros. Design, famous for their trophy trucks, with design input from Ford’s Paul Wraith.

The prototype doesn’t give away a hell of a lot, but does suggest the production model will be a boxy four door, unlike the original Bronco which was only ever offered as a two-door. Roof height on the production model should be higher than the prototype, too, which actually opens to allow rear-seat access. The body itself is no more than a lightweight skin over the race-spec rollcage.

No less than 15 LED light bars have been added, from the top of the non-existent windscreen to the bumper, which looks like a production item, even if the shackles and skid plate attached to it don’t.

Styling cues from the F-150, particularly at the front end, include bold ‘BRONCO’ identification in the grille, which will likely make production, while the tail lights on the concept also look to be close-to-production units.

Ford Performance actually entered the Bronco R in the 2019 Baja 1000, but only completed around two thirds of the 800-mile (1,288km) day-night race before retiring with an unspecified mechanical failure. 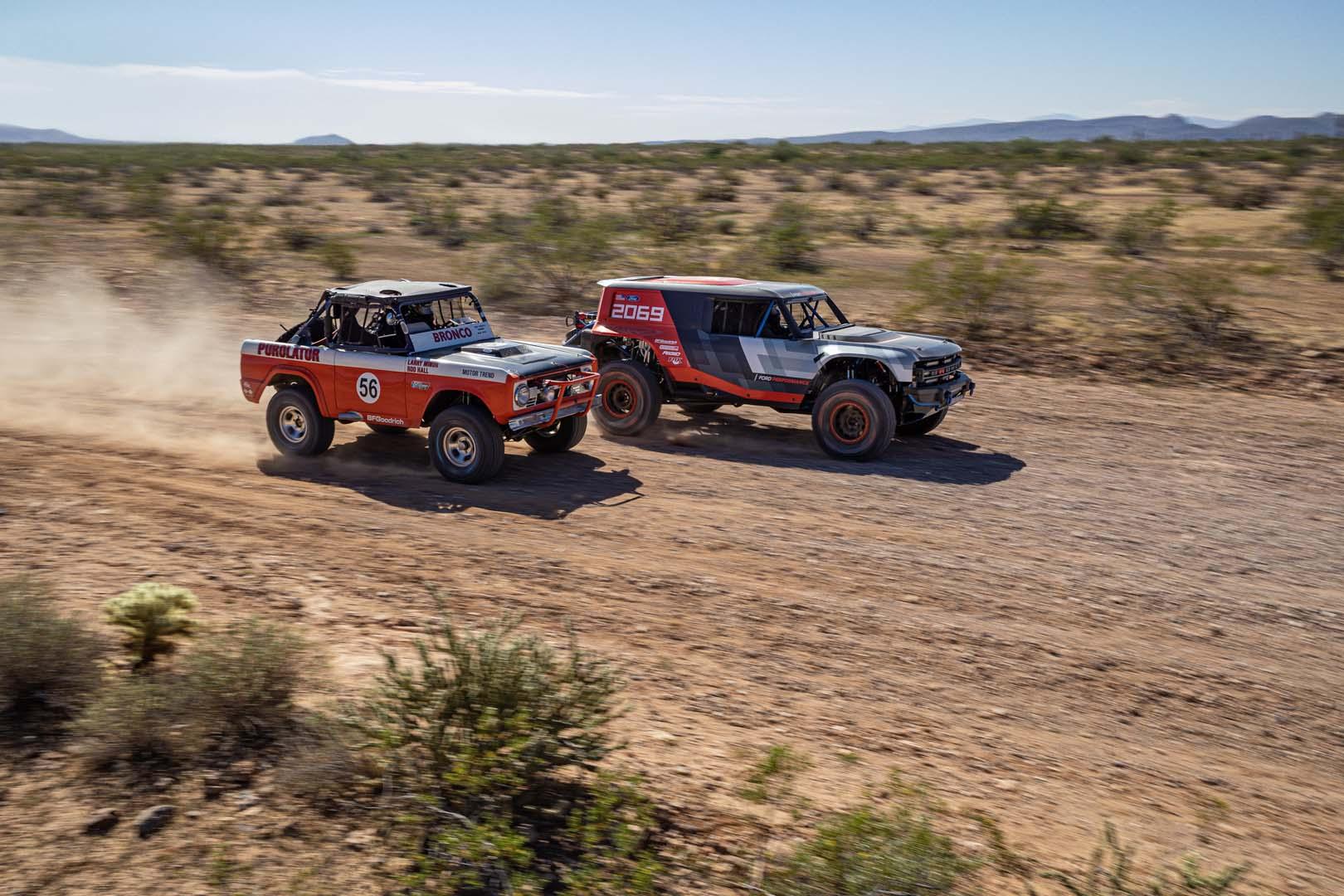 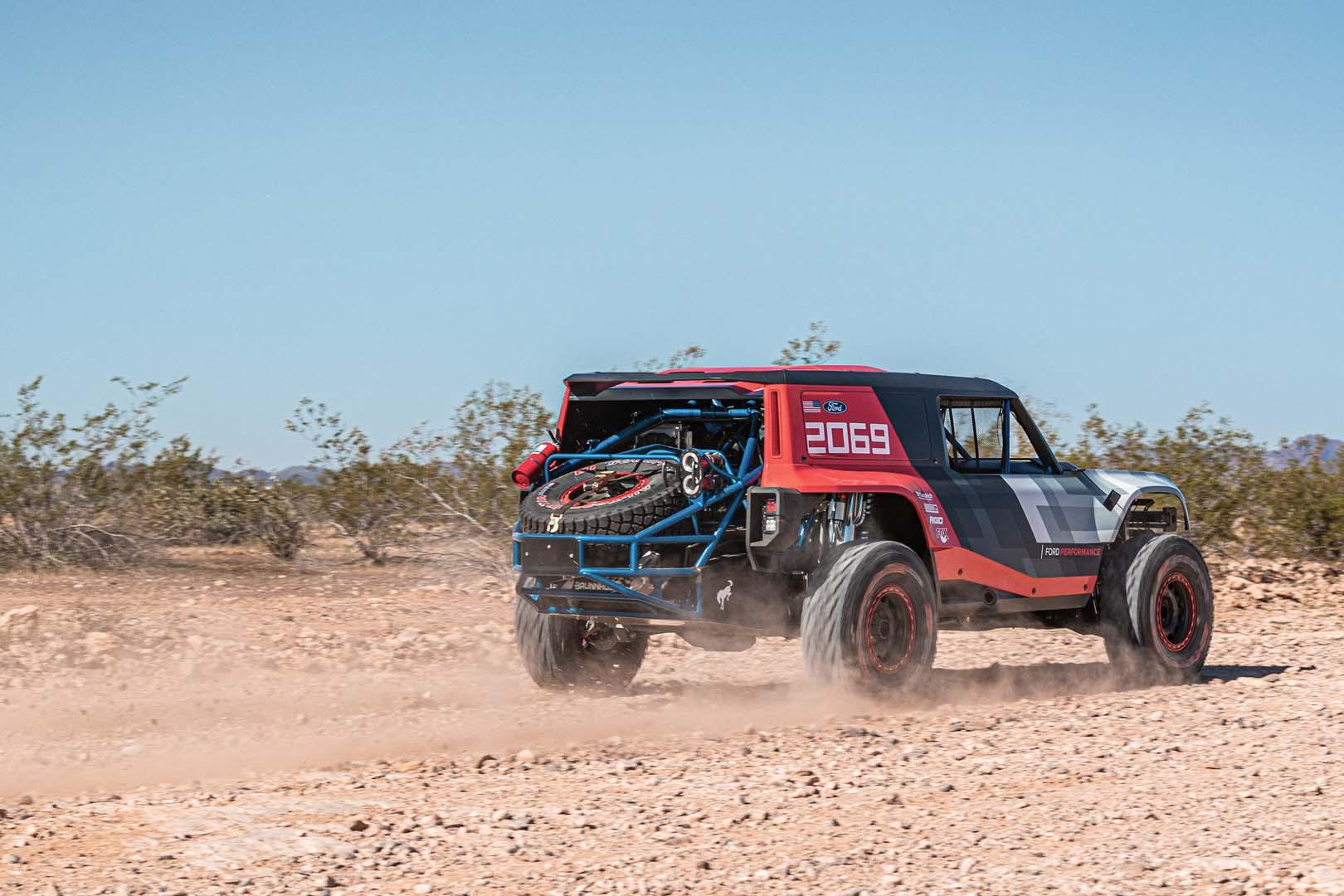 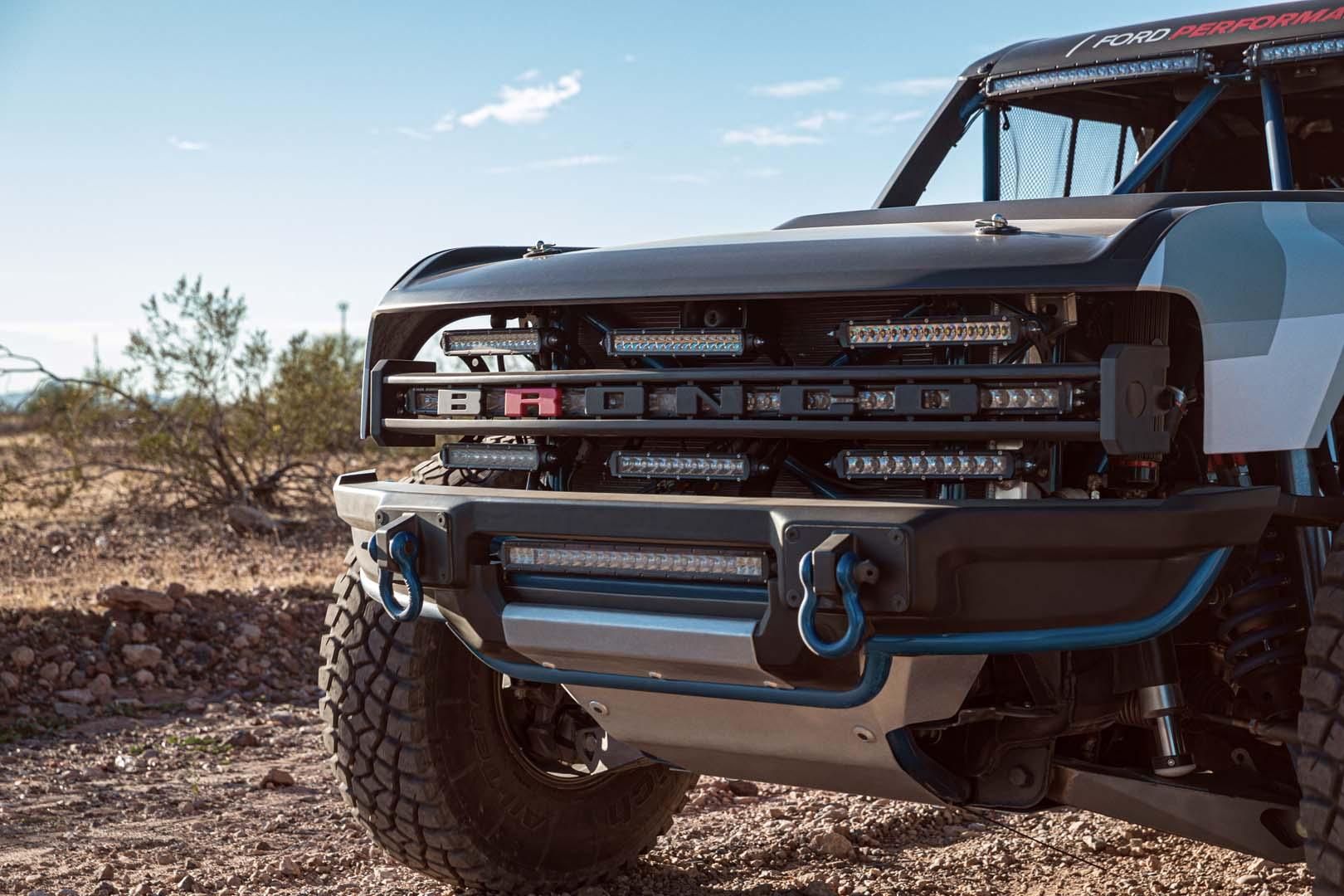 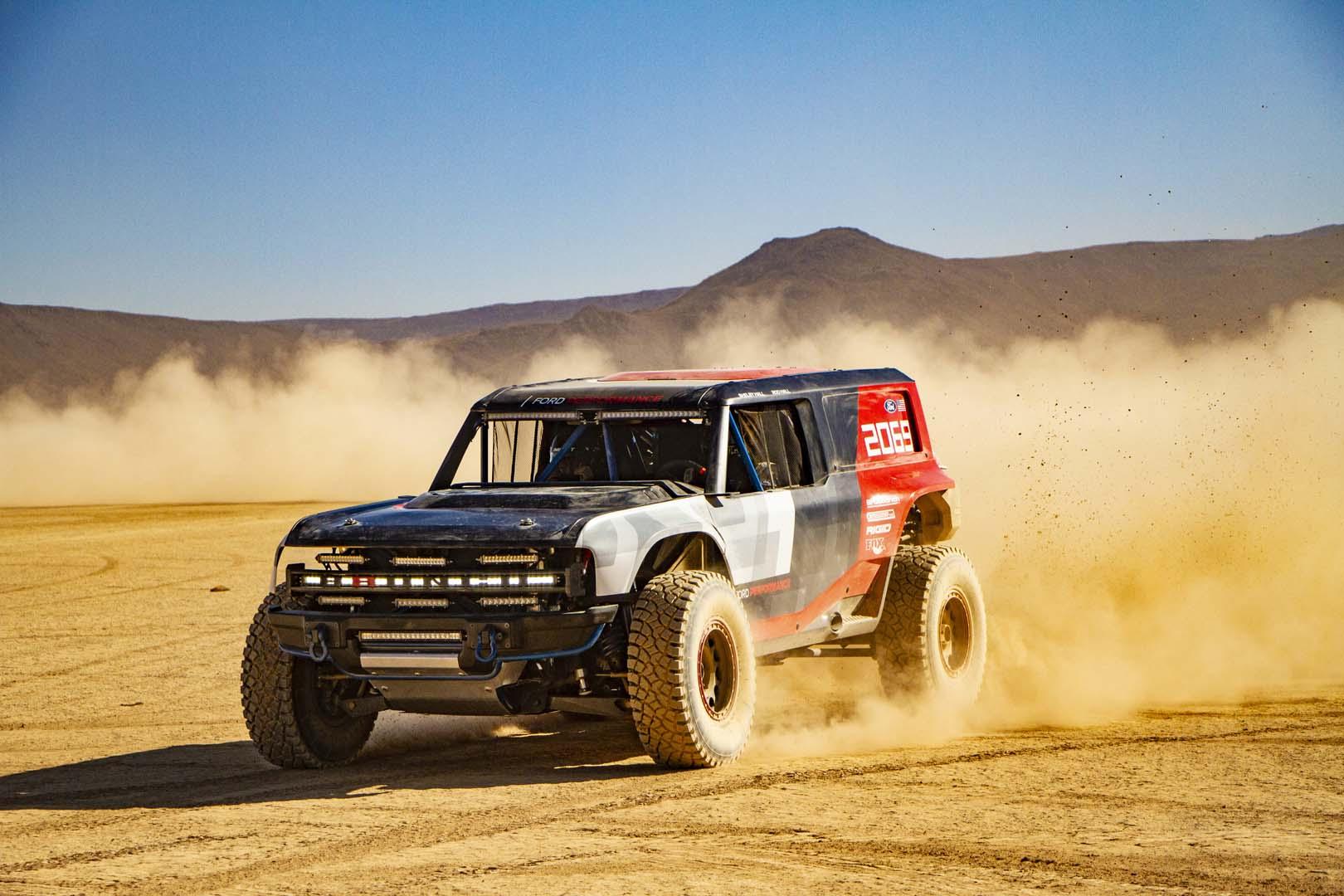 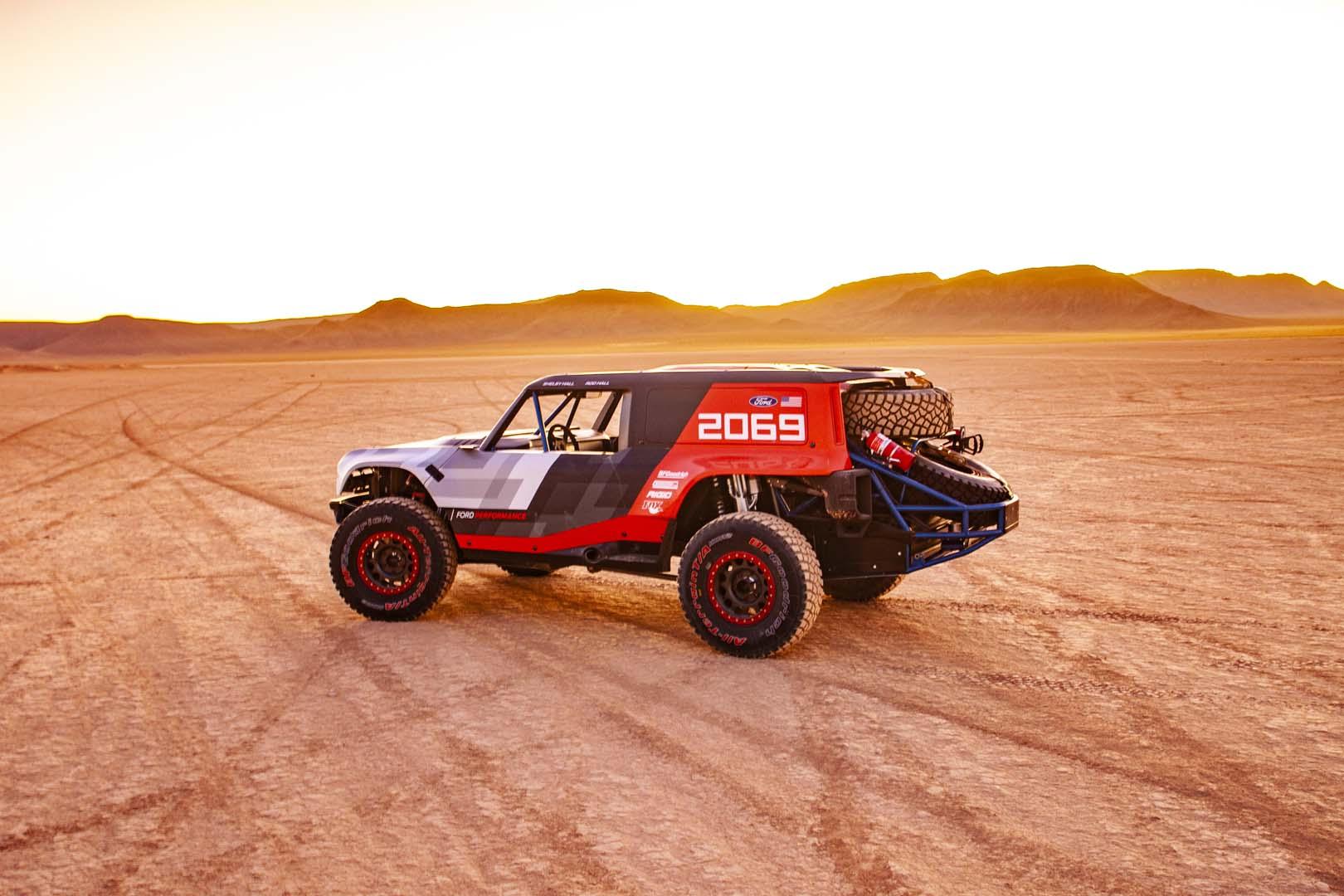 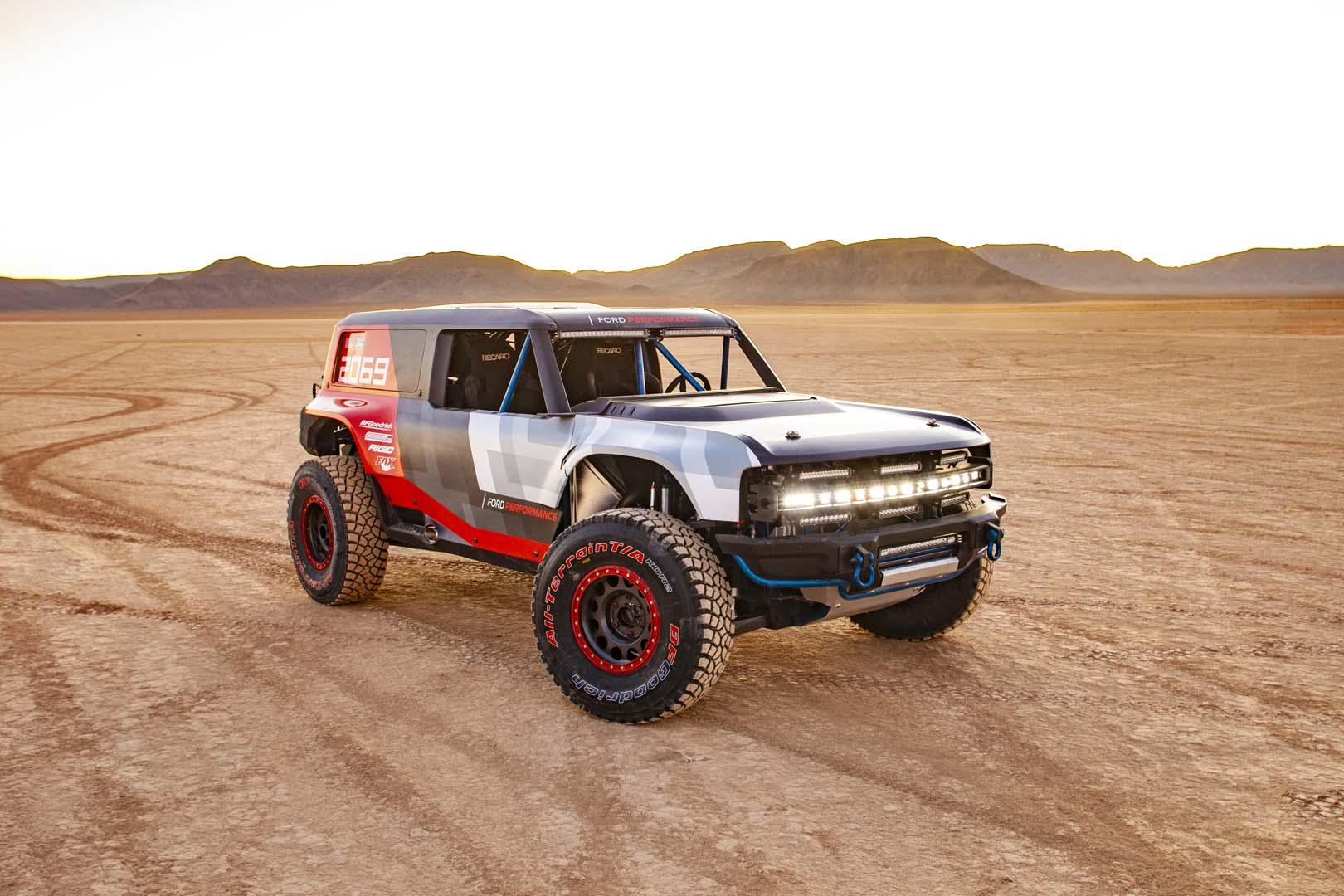