"The Ford Atlas Concept previews the innovations that will transform what people expect from their pickup," said Raj Nair, Ford group vice president, Global Product Development.
At this year's North American International Auto Show in Detroit, Ford unveiled their 'Atlas Concept', which is being seen as a preview of the future design direction for Ford's iconic F-Series light and medium duty pickup trucks.

"The Ford Atlas Concept previews the innovations that will transform what people expect from their pickup," said Raj Nair, Ford group vice president, Global Product Development. "With 36 years as America's best-selling pickup, we are absolutely committed to setting the agenda in the truck market."

Distinctive styling cues on the Atlas Concept include a chunky, chiselled grille and headlight design, prominent wheel arches and "stepped" windscreen, as well as some clever features like an integrated roof-carrying system, tailgate 'cargo cradle' and hidden extendable loading ramps.

At the Detroit Show (which runs from January 14 - 27), Ford were being coy on the powerplant for the Atlas Concept, confirming it was one of the new generation fuel efficient EcoBoost engines with Auto Start-Stop function, but not its capacity (4, 6 or 8 cylinder).

With a view to improved fuel efficiency, the Atlas Concept also boasted aerodynamic aids like shutters for the grille and wheels, as well as a retractable front air dam and running boards, all of which are adjustable to improve aerodynamic efficiency, and thus fuel economy.
Ford claimed a 2mpg improvement in highway fuel efficiency with these features activated.

Practical features unveiled on the Atlas Concept include 'Trailer Backup Assist' and 'Dynamic Hitch Assist' that make reversing and hitching a trailer easy, using a simple button and the in-car screen to line up and guide the reversing vehicle.

A 360-degree POV camera on the Atlas Concept takes the standard reversing camera a step further by presenting a bird's eye view of the entire vehicle, to enable easier and safer manoeuvring in tight spaces.

Some of the Atlas Concept's more fanciful touches that are unlikely to see the light of day on a production F150 include "floating" pods on the instrument panel, as well as a plethora of colour LED lights for the pickup bed area, doors, interior door sills and centre console.

Soon after its Detroit debut, the Atlas Concept was already receiving praise from both the US public and motoring press alike, including the NAIAS's 'Most Significant Vehicle' award from AutoWeek magazine (US). However, like the current generation of F-Series trucks, what the Atlas eventually morphs into is unlikely to be available in Australia. 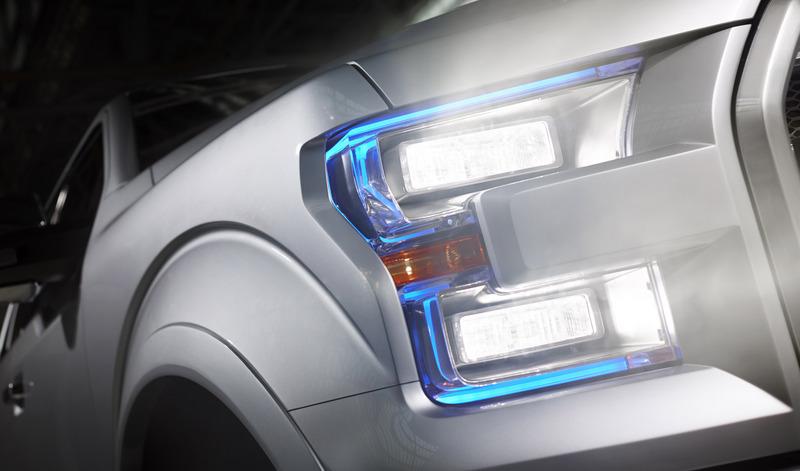 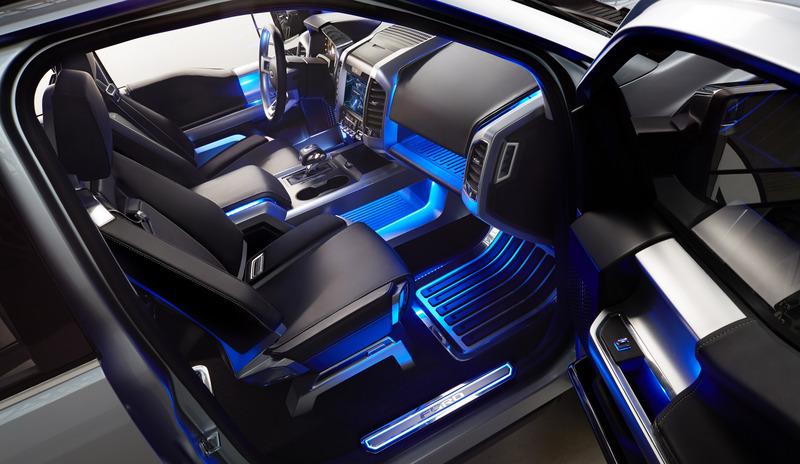 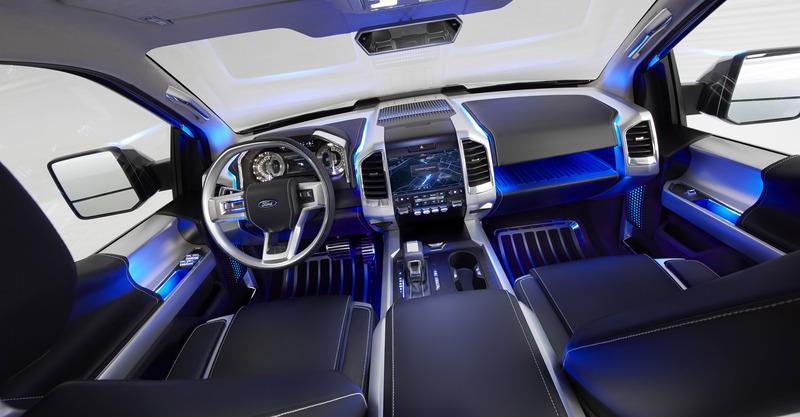 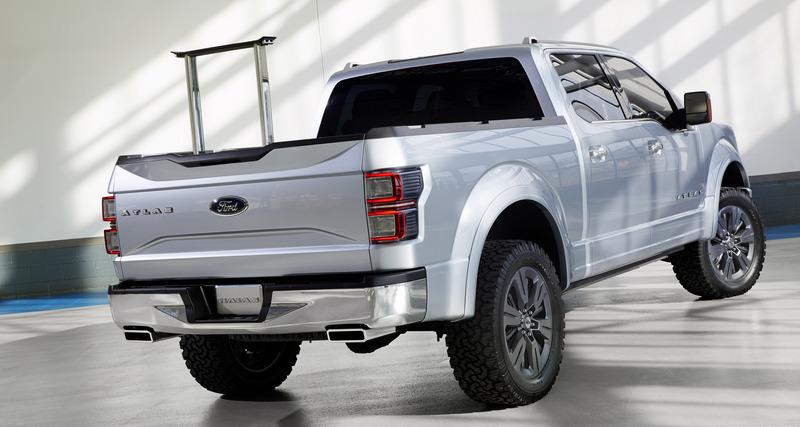 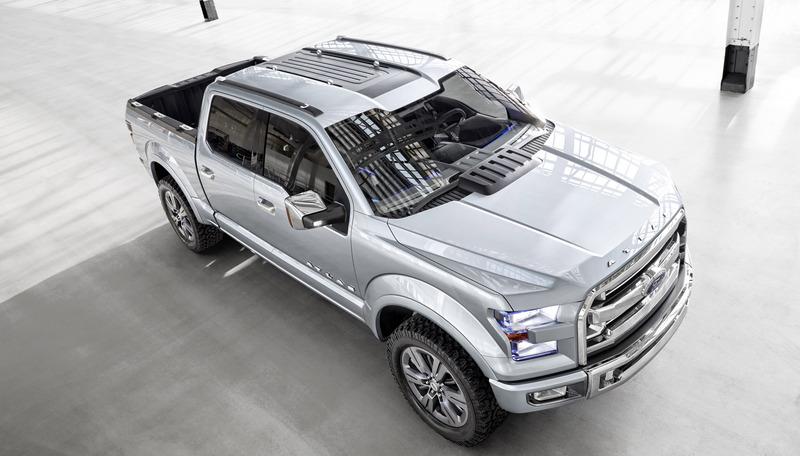 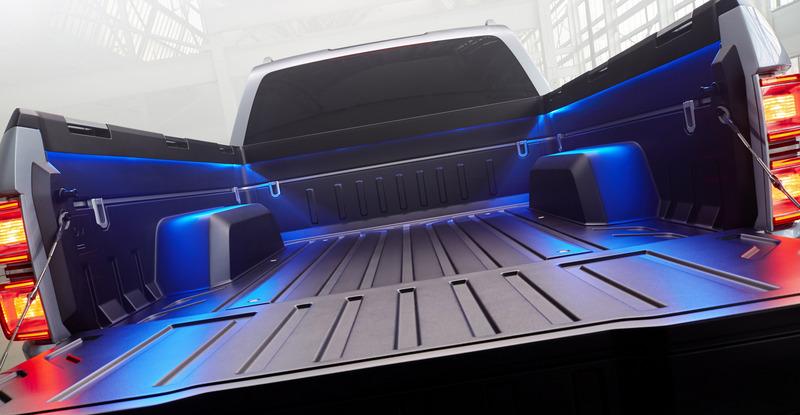 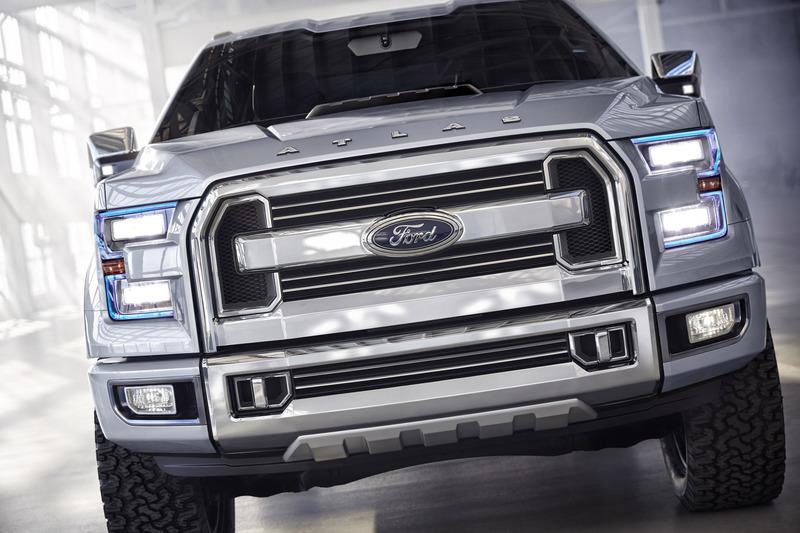 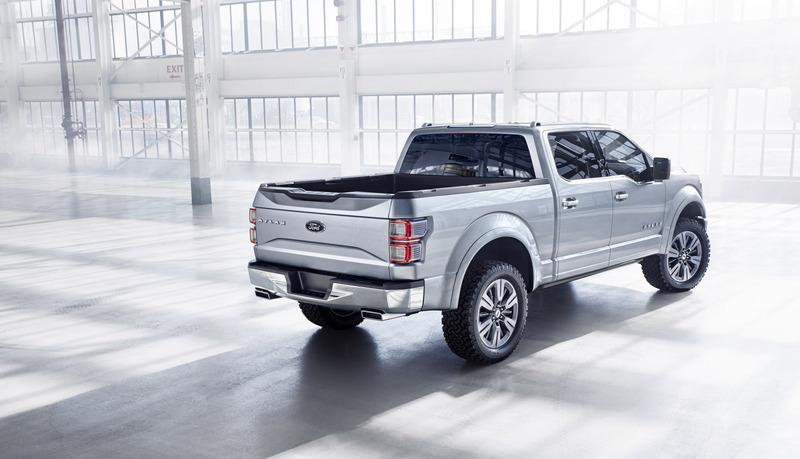