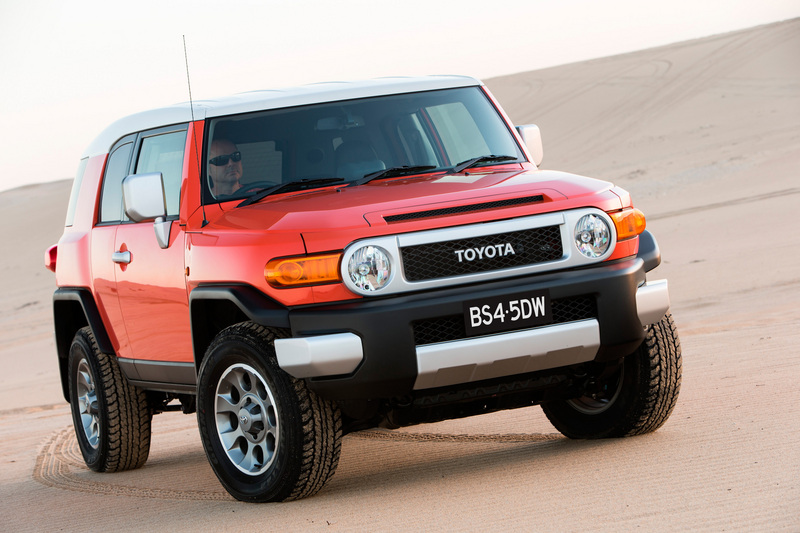 Firstly, the FJ Cruiser's fuel capacity has been expanded to 159 litres with the 72-litre main tank now supplemented by an 87-litre sub-tank. As a result, the theoretical driving range increases to 1,060km in the city and more than 1,700km on the highway. The combined-cycle fuel economy of 11.4 litres/100km 1 delivers a notional range of almost 1,400km.

In order to utilise that extra range, Toyota have also added increased off-road driving competence to the FJ Cruiser in the form of 'CRAWL' - a "feet-off" control system that helps take the vehicle over severe or slippery terrain.

It can assist in climbing or descending steep hills, freeing the vehicle if it is stuck, and is also helpful in mud, sand and gravel, and when fording water. CRAWL control engages in L4 (low-range) and temporarily disengages at speeds above 25km/h, or above 10km/h when the rear differential is locked. A speed-selector dial on the overhead console provides the choice of five speeds.

CRAWL can be engaged under these conditions: transfer gear position in L4, shift lever in any position except P or N, vehicle stopped, foot brake on, parking brake off, doors closed, second-gear start system switched off, CRAWL Control switch on and the VSC system in Normal mode.

FJ Cruiser is Toyota's fifth SUV and most recent addition to the LandCruiser family.

FJ Cruiser is a modern interpretation of a Toyota classic, paying homage to several of the most compelling stylistic themes of the LandCruiser FJ40 of which more than 1.1 million were produced between 1960 and 1984.

The modern FJ inherits the DNA of the original, which was renowned as a rugged, dependable vehicle that could travel to, and return from, any extreme environment.

Its FJ-inspired features include angular lines, round headlights set either side of a wide, mesh grille, an upright windscreen with three wiper blades, a white roof and wrap-around rear corner windows.

Offered in a single grade with a high level of specification, the upgraded FJ Cruiser is priced from $47,990 2. Metallic paint is $475 extra.

FJ Cruiser is covered by Toyota Service Advantage capped-price servicing at a maximum of $210 per service 3.

2. Manufacturer's recommended list price is provided for media purposes only and does not include statutory charges or other on-road costs

3. Maximum payable for standard scheduled servicing (normal operating conditions) until first of three years or 60,000km (up to the first 6 services). Excludes government and rental vehicles. For full details of eligibility and exclusions, go to toyota.com.au/advantage. 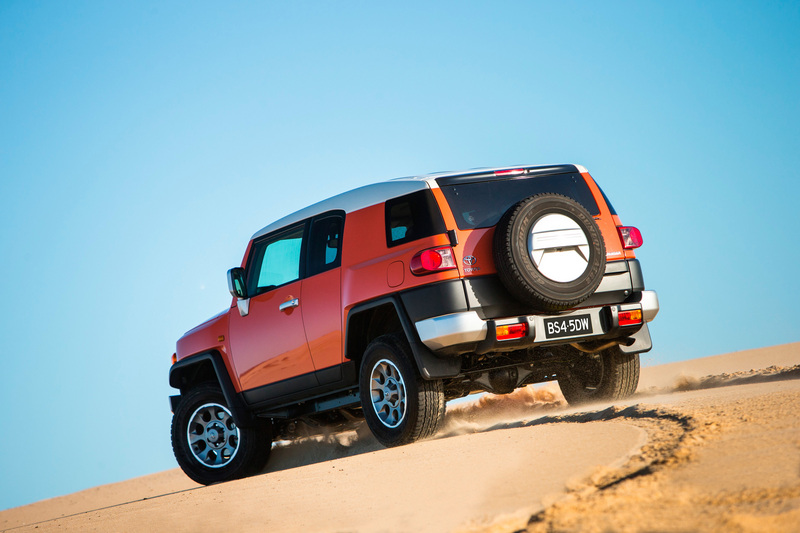