In the ’80s and ’90s, Nissan’s Patrol dominated the unmodified class of the Australian Off Road Championship - with a legend behind the wheel.

The second instalment of the ‘Patrol Legends’ series celebrating Nissan Patrol owners and icons from all over Australia turns the spotlight on a man who regularly put the Patrol on the top step of the podium in Australian production-class off-road racing – Les Siviour. 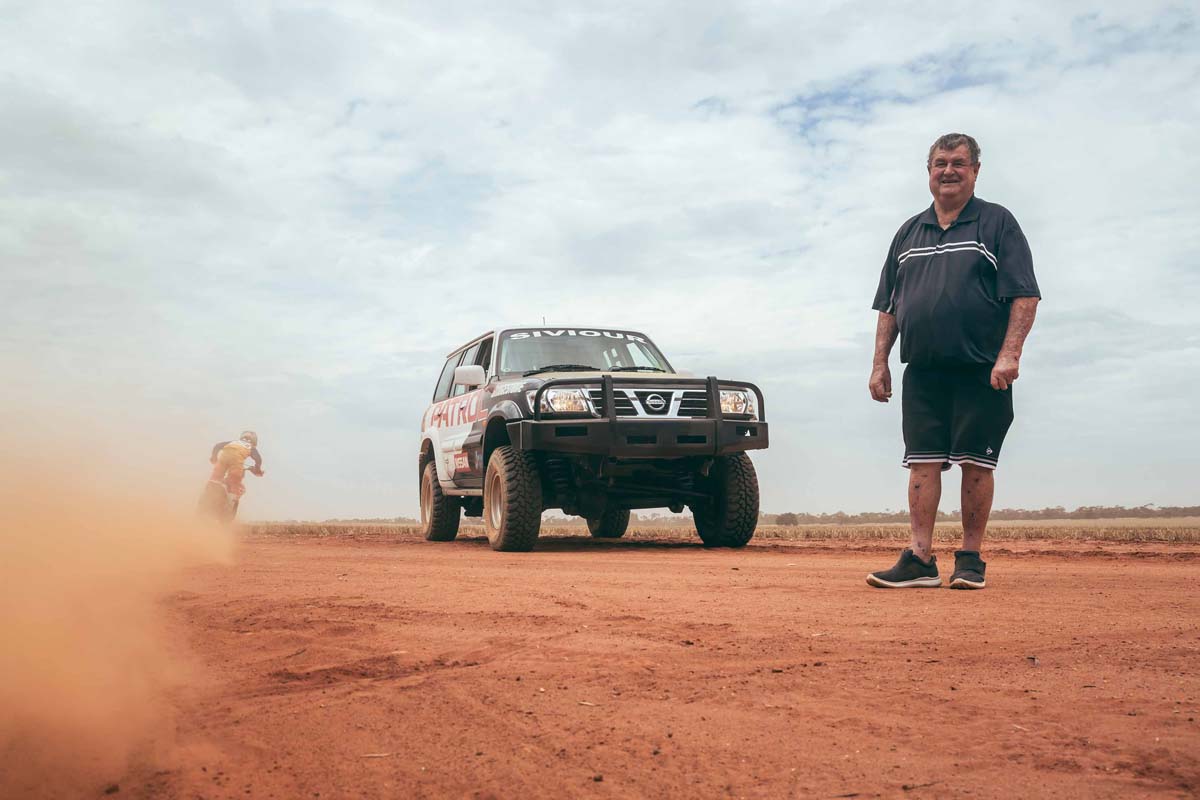 For fans of the Australian Off Road Championship (AORC), particularly in the 1980s and ’90s, Les Siviour needs no introduction. When Nissan won the unmodified division of the AORC for 16 consecutive years from 1983 to 1998, it was Siviour behind the wheel for all bar one of those victories. With that sort of record, his inclusion in the roster of Patrol Legends was always a given.

And with the criteria for Patrol Legends status being someone who’s done incredible things with a Nissan Patrol, Siviour’s inclusion is perhaps even more appropriate than others, as his feats behind the wheel earned him the nickname of “Legend Les”.

Siviour is ranked among the most successful off-road racing drivers in Australian history, but incredibly, his competition career began completely by accident.

Like most kids growing up in the country, Les learned to drive at a young age, belting vehicles around the family’s rice farm outside of Griffith, NSW, well before he could legally drive.

He honed his skills in a succession of road cars, but never considered translating that talent to a track – dirt, bitumen or other. Driving fast and sliding through corners was just for fun.

In 1983, Siviour attended his first AORC race in Kempsey as a spectator and alongside a mate who was considering taking up off-road racing. When event organisers invited fans to drive a lap of the off-road circuit, Les thought he’d give it a crack.

“You were allowed to do a lap of the track on the first day - just to have a look,” Les explains.

So, behind the wheel of his wife Jan’s SWB Patrol – referred to as the ‘shopping car’ - and with some mates in the passenger seats, Siviour set off for an exhibition lap.

Despite having never seen the off-road course before, and the fact that he was driving a standard Patrol with no racing modifications whatsoever, the lead-footed farmer was clocking times that would have put him alongside the pro drivers. 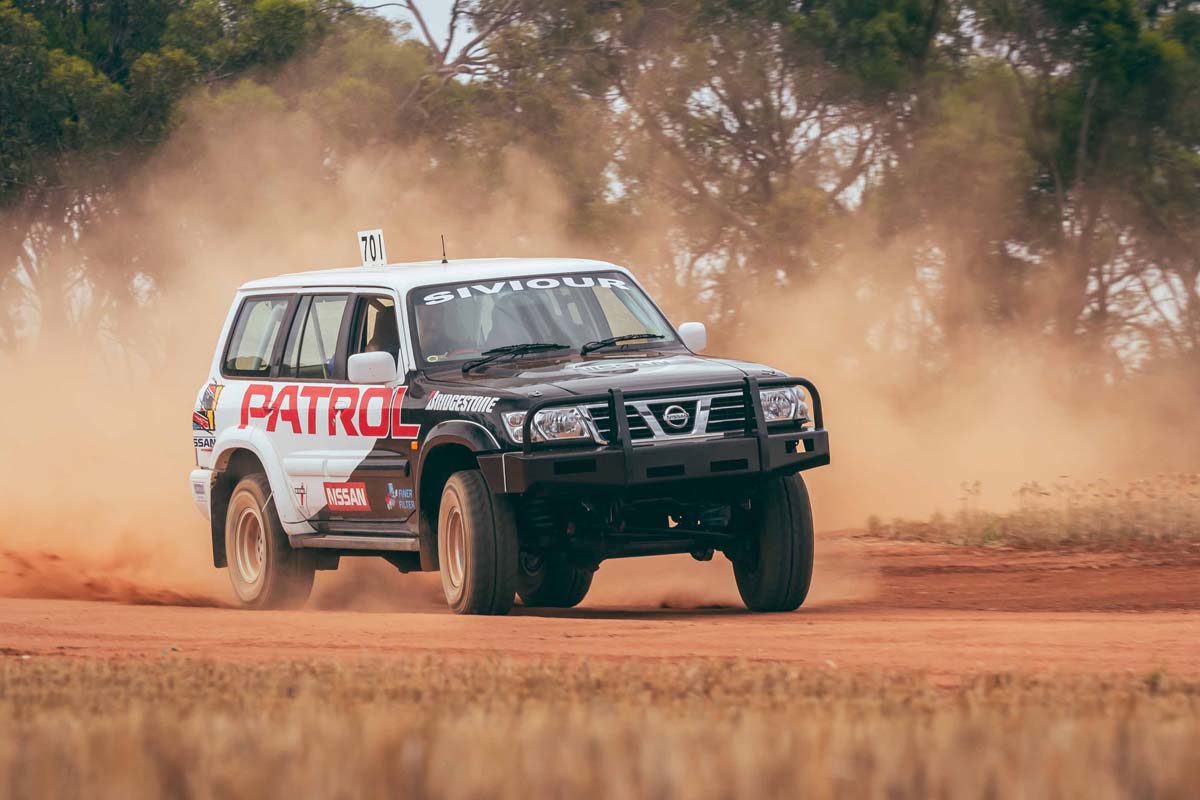 “We did it just as quick as the race cars did,” Les recalls. “Everyone said, ‘You should race this thing’.”

So that’s exactly what Les did. 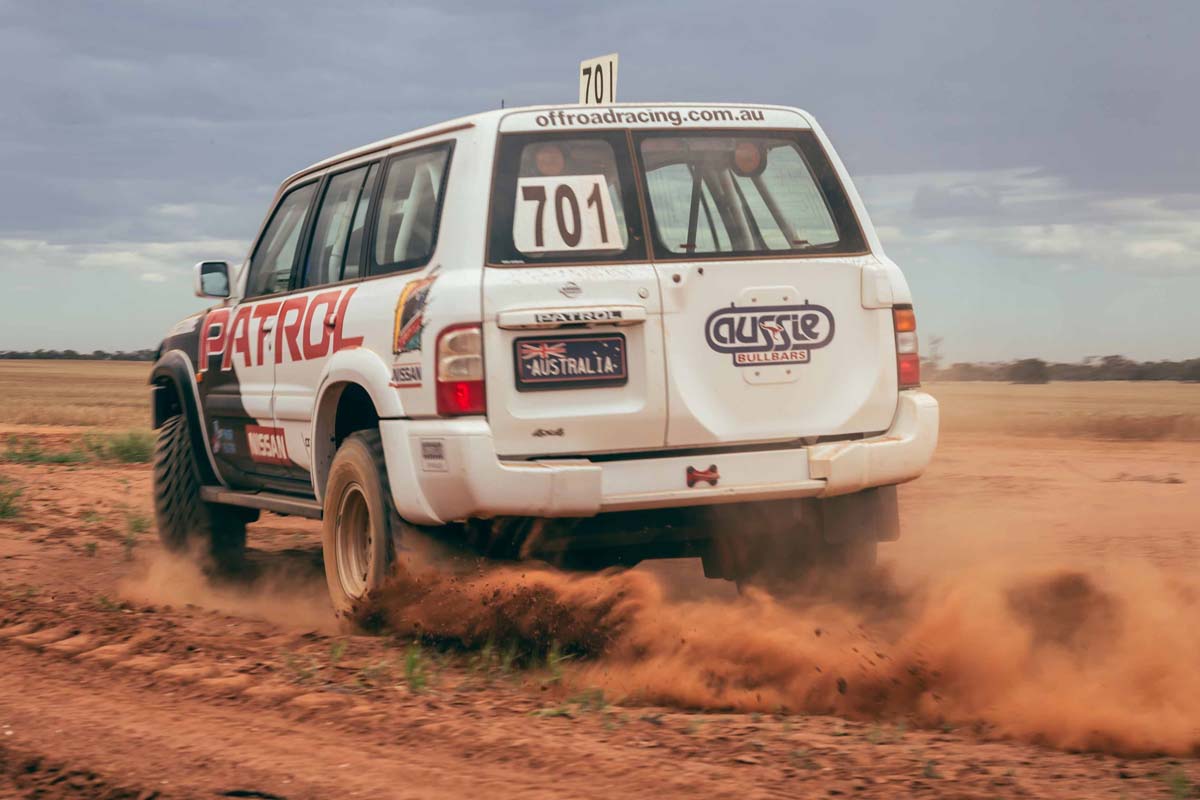 For the next AORC round at Waikerie, SA (known as the Riverland Enduro), Les took that same Patrol, added a roll bar, removed the back seat, drove it down to the event and won his class. Had he not stopped to assist a bogged competitor, Les would have won the overall, too.

At the next round in Goondiwindi, QLD, Siviour won again – easily - setting off a long run of success.

Siviour’s accidental introduction to off-road racing proved to be the first step in a decades-long career that would see the affable Aussie win an incredible 17 Australian Championships in total and earn the ‘Legend Les’ moniker.

Those national titles included 16 Production 4WD Championships and winning the AORC outright in 1987. 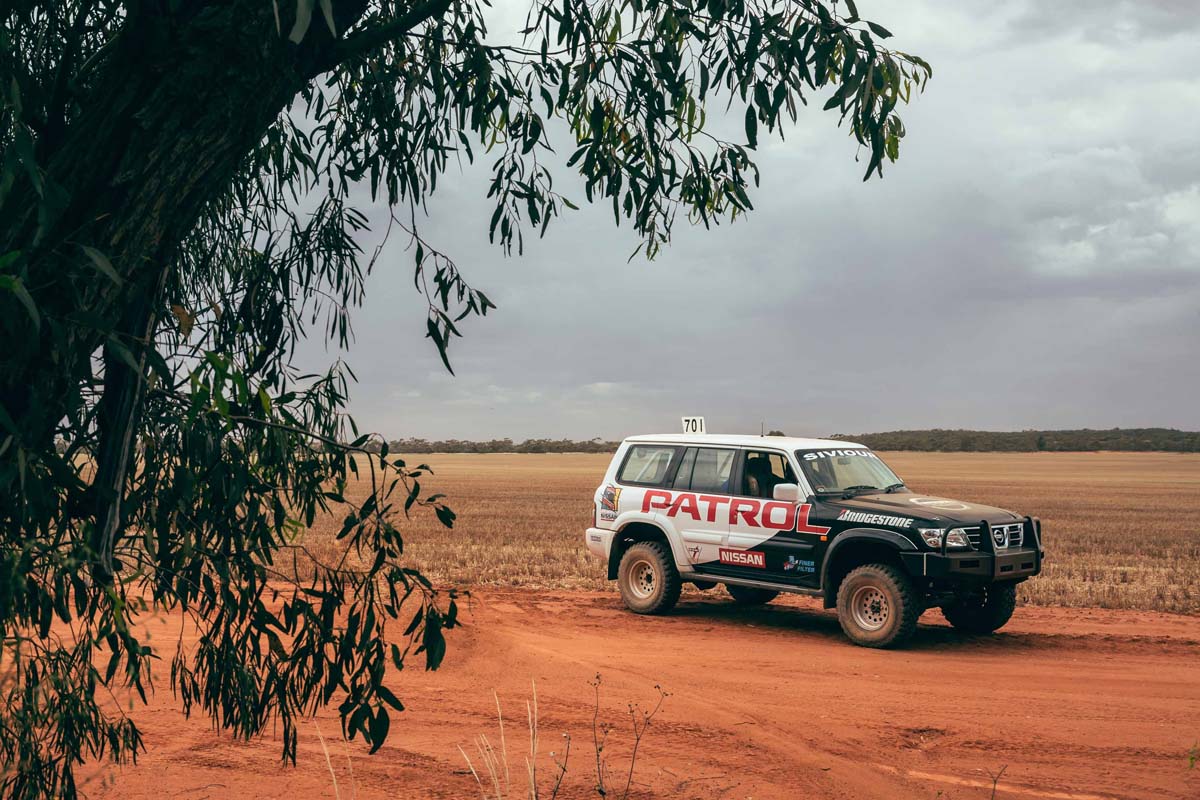 Siviour also raced a Patrol in the gruelling 1995 Mobil 1 Round Australia trial, finishing sixth overall, and has been a multiple starter at the iconic Finke Desert Race (part of the AORC), where he was one of the most successful drivers before lightweight buggies began to dominate the car division.

While the venues, tracks, competitors and racing conditions changed over the years, Siviour’s choice of vehicle never did.

“We raced Patrols for 20 years and we’ve won 17 Australian Championships in them. You can put these things up against any other 4WD, and they won’t match it,” he says. 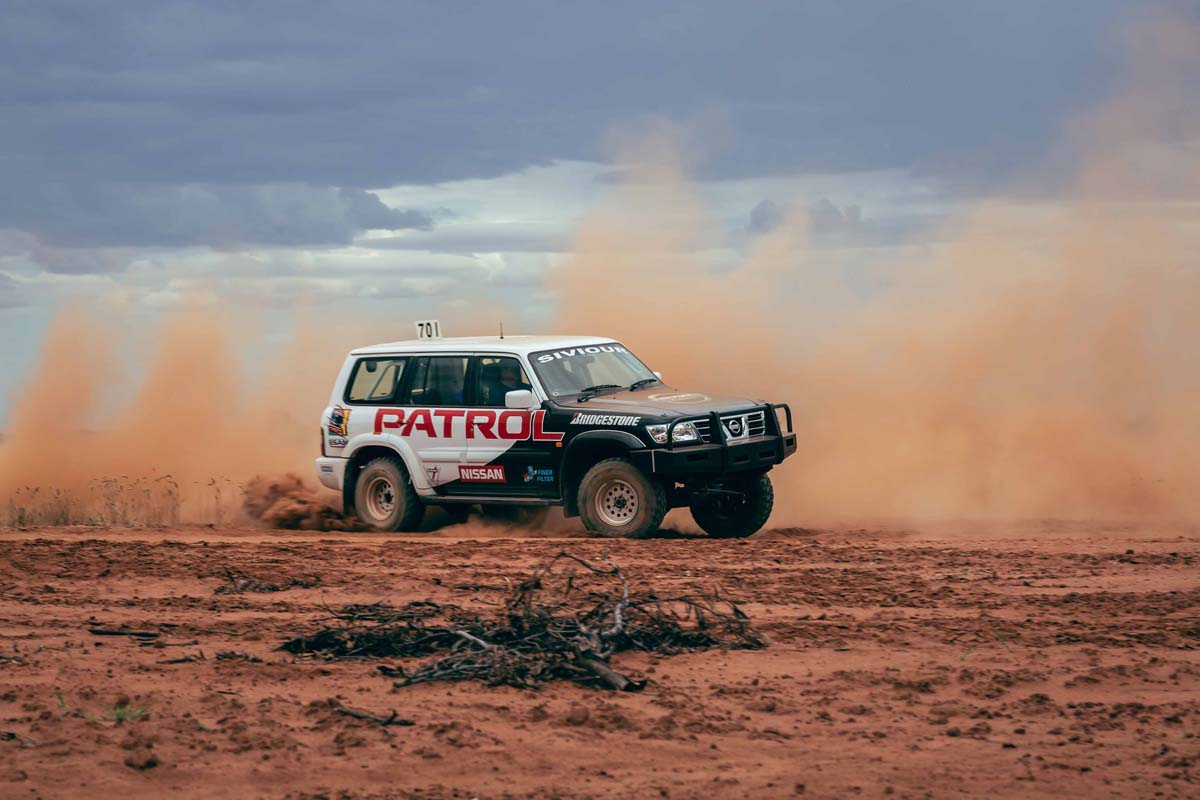 “They’re built like a bloody tank. If I can’t break them, nobody will.”

In AORC racing, circuits can be 15km long and, more often than not, made up of narrow, twisting, tree-lined tracks filled with corrugations, ruts, jumps and river crossings. As such, the opportunities to destroy a vehicle are abundant, so Siviour is speaking from experience when he says the Patrol is near-impossible to break. 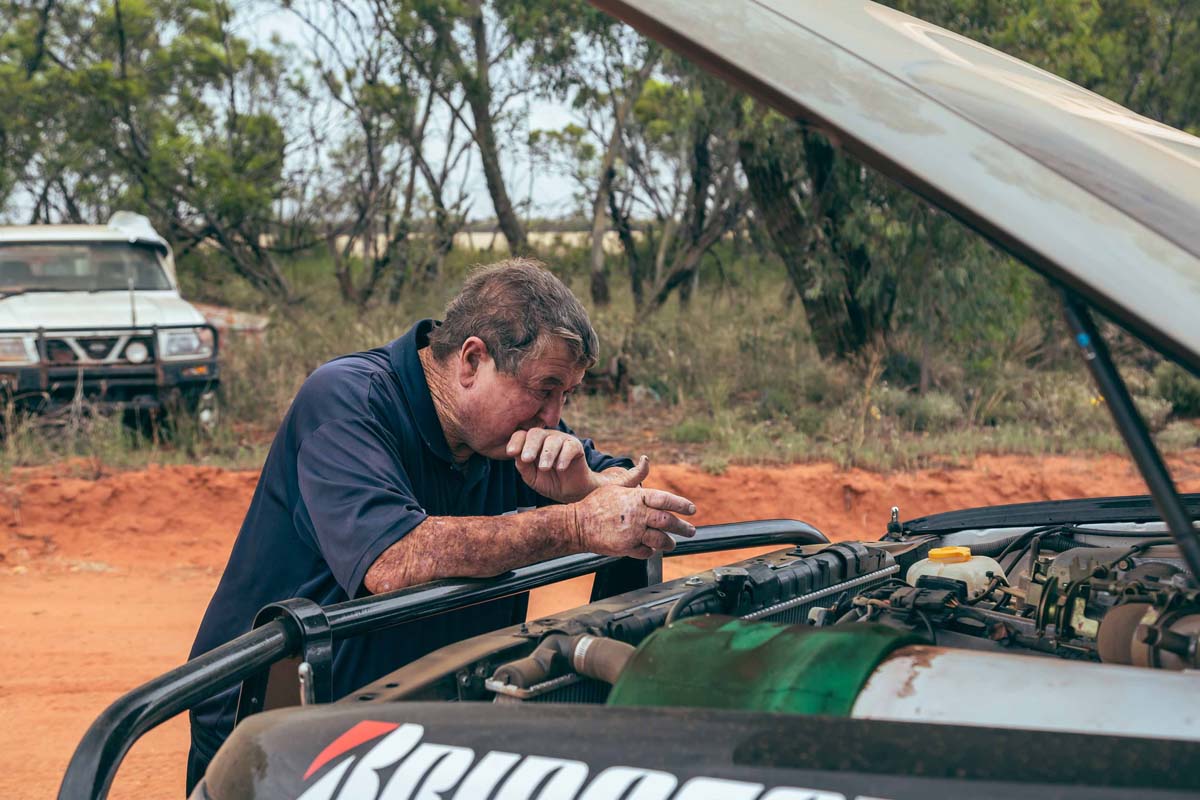 Away from racing, Siviour was Nissan’s go-to guy at press launches and VIP events, ensuring he delivered a white-knuckle ride or two – all in the name of fun! - for the assembled journos and special guests. These escapades also showed just how capable the Patrol can be in demanding off-road conditions.

While Siviour retired from racing full-time in 2003, he has brought out the helmet and race suit occasionally since, including in 2010 when he was coaxed out of retirement for one final race, this time with a very special navigator sitting alongside him — his youngest daughter Katie - who happens to be married to nine-time AORC outright title holder Shannon Rentsch.

Proving that the Siviour passion for racing has continued through the generations, Les’s grandson Jesse Ryan, has recently taken up off-road competition, too.

Today, Les still has his legendary race-winning GQ Series Patrol, stored safely in a shed on his property. Every so often, when the mood takes him, he brings it out of hibernation to tear up an off-road circuit on a private property nearby.

So, after that first taste of off-road racing almost forty years ago, Siviour still loves to push a Patrol beyond the limits of mere mortals. And it seems like he’s not going to stop anytime soon…