Next-level Ranger. MS-RT are making Ford Rangers stand out from the crowd. 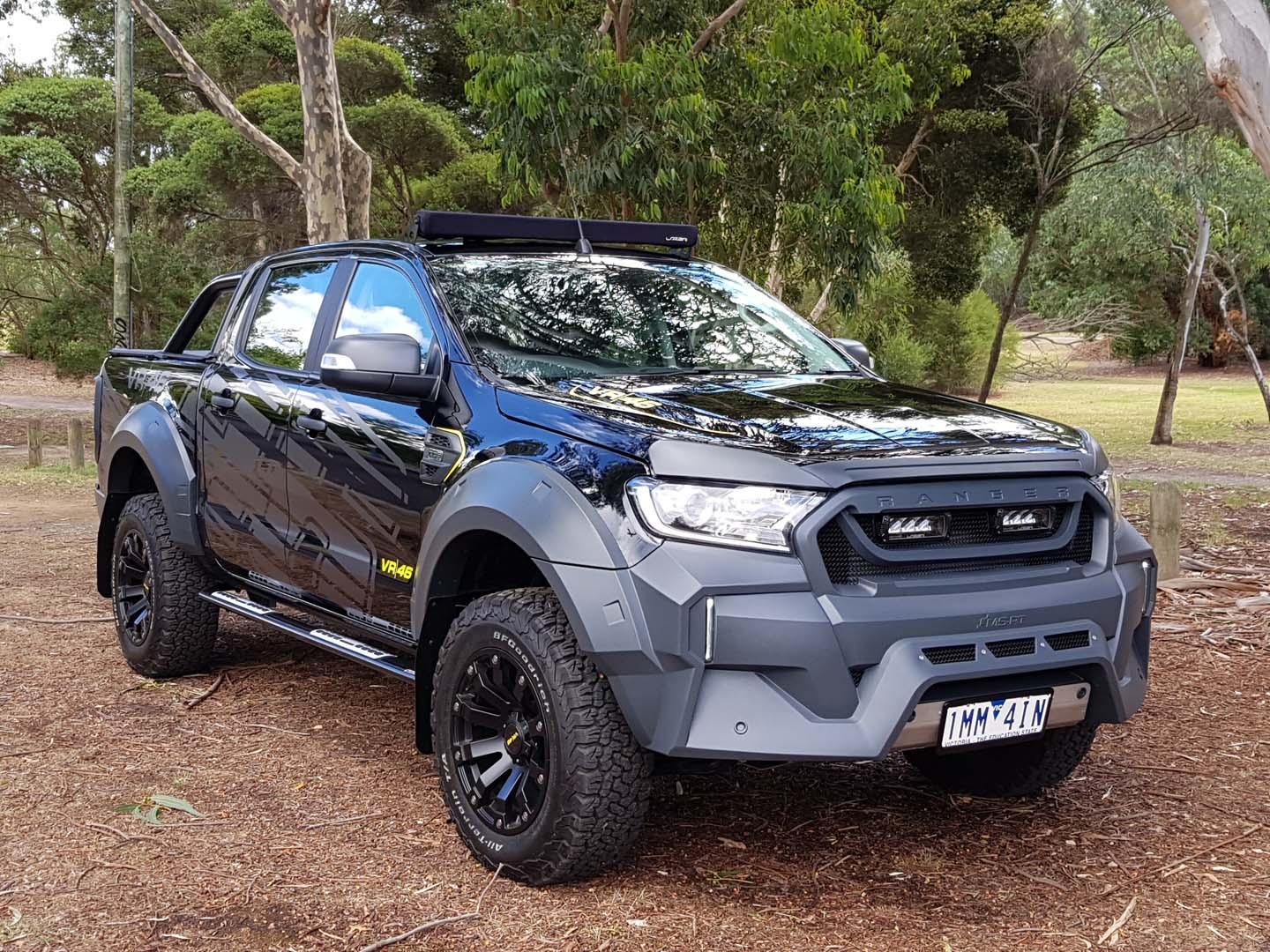 There’s no denying the Ford Ranger has been a hit in Australia. Our second-best selling vehicle for the past two years, the Ranger is on track to repeat the feat again in 2019.

However, that same popularity has made the Ranger a very, very common sight on our roads. So, what do you do if you want the performance, capability and reliability of a Ranger but also want to stand out from the pack? MS-RT Australia has the answer!

JUST 4x4s recently sat down with MS-RT Australia’s Frank York to find out more about the company and their striking upgrade package for the Ford Ranger. 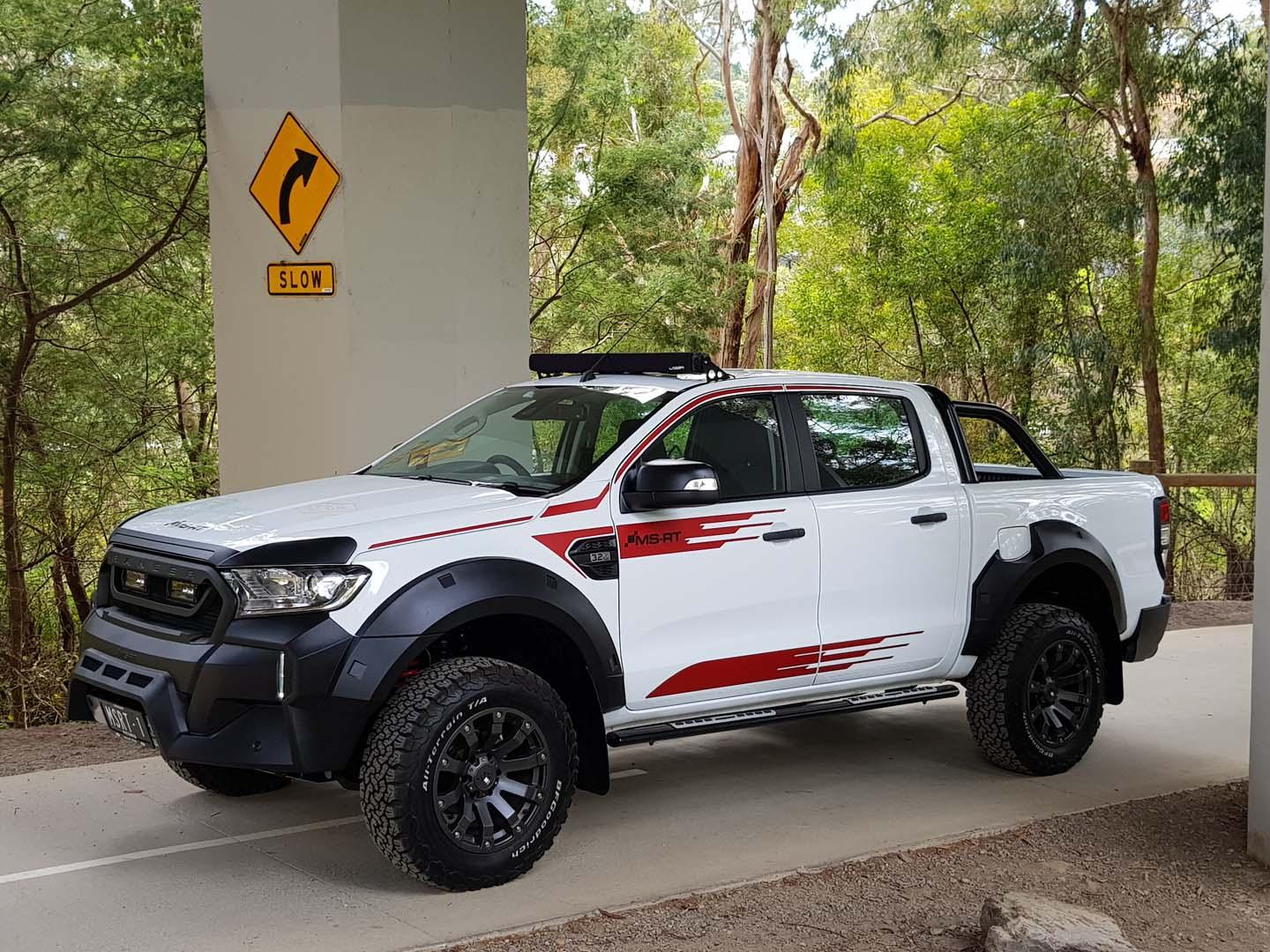 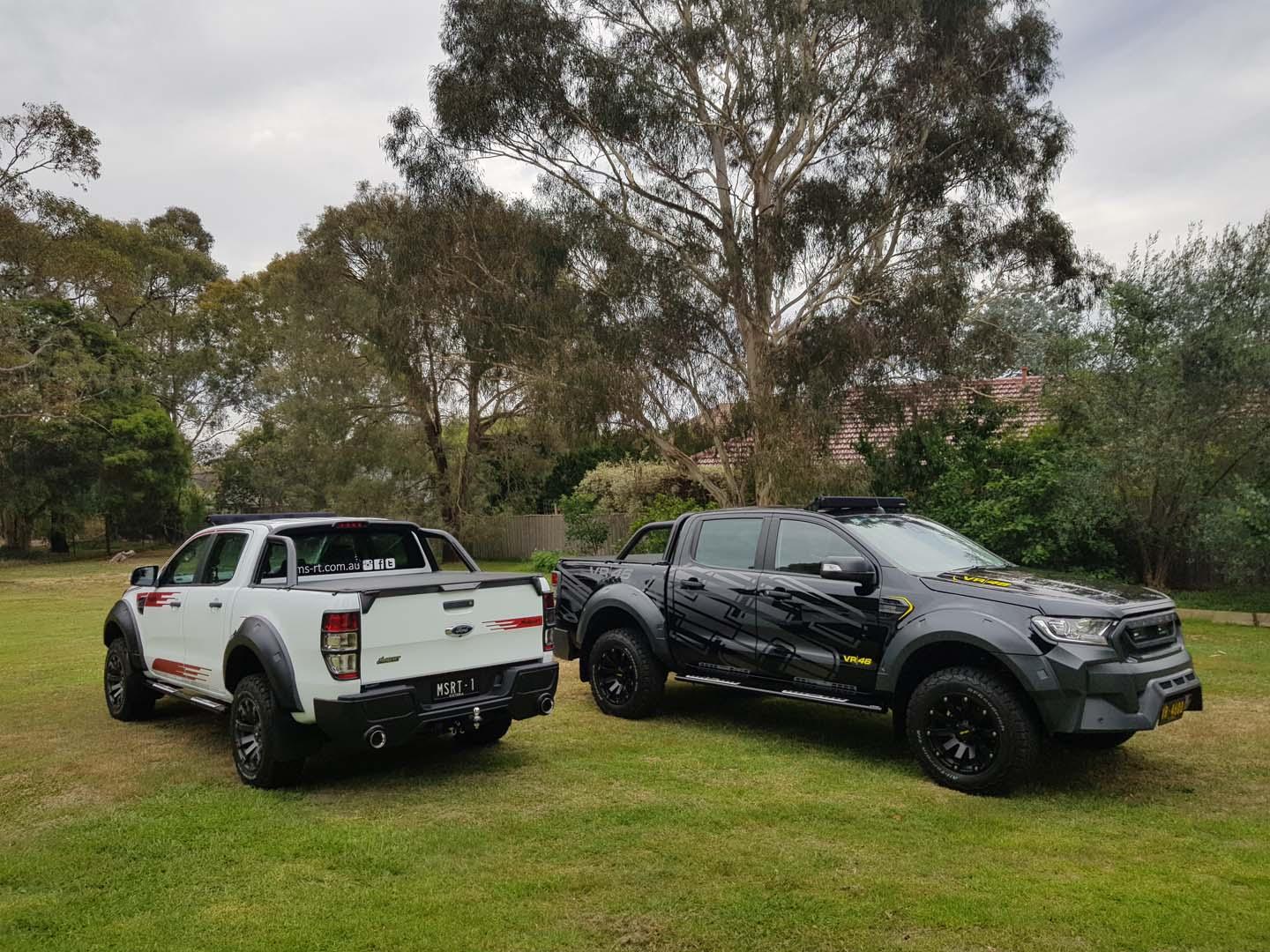 A new name here in Australia, MS-RT (M-Sport Road Technology) is pretty new in its home market of the UK, too, having re-launched there in January, 2017.

While the MS-RT name is new, it has a long history behind it, as a collaboration between vehicle styling specialists Van Sport and M-Sport, the respected and successful (2017 Manufacturer’s Champions) Ford World Rally Championship team created and run by Malcolm Wilson for the past 30 years.

Upgrade kits for cargo vans and utes were originally released with ‘M-Sport’ identification, but the MS-RT rebrand was introduced to give the business its own identity and broader global appeal.

Frank’s connection to MS-RT started with a passion for racing and rallying that brought him into the orbit of Wilson and M-Sport many years ago. On a UK trip in 2016, he was treated to a sneak peek of the upcoming MS-RT products (before the official launch) and saw immediate potential in the Ranger kits for the Australian market.

Others must have got a sneak peek, too, as Frank explains:

“Someone we knew wanted to acquire one (of the kits) and knowing we had the connections to M-Sport, asked could we get it for them. I met with representatives from M-Sport and they were quite excited that someone from Australia was keen. That piqued my interest and I thought maybe we could do something broader.

“MS-RT were obviously in their early days, but were already looking to expand globally, so we had some discussions and it quickly progressed from there.”

Within 12 months of that 2016 meet, MS-RT Australia had been established as sole Australian and New Zealand agent for the MS-RT kits to suit the Ford Ranger and Ford Transit Custom. 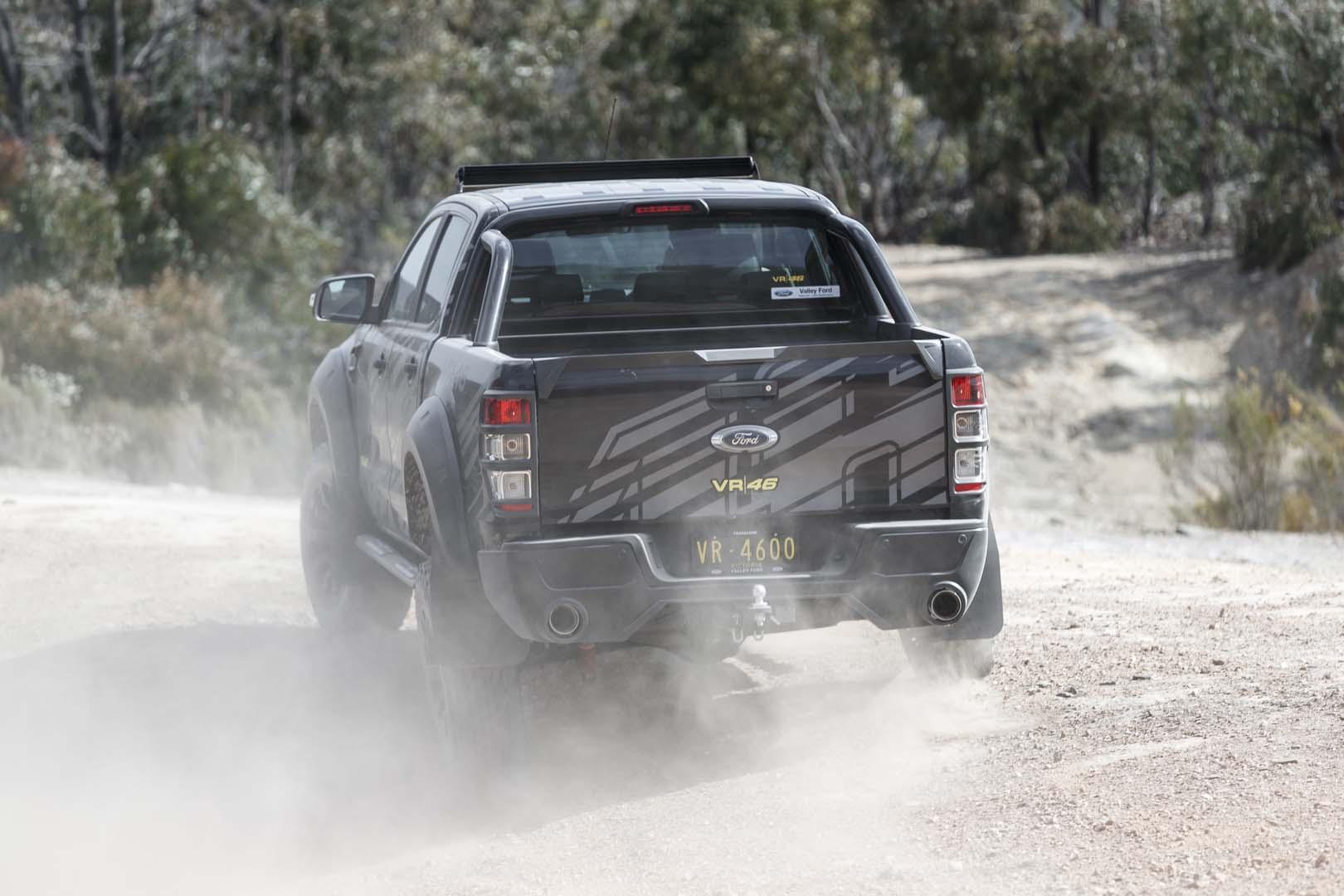 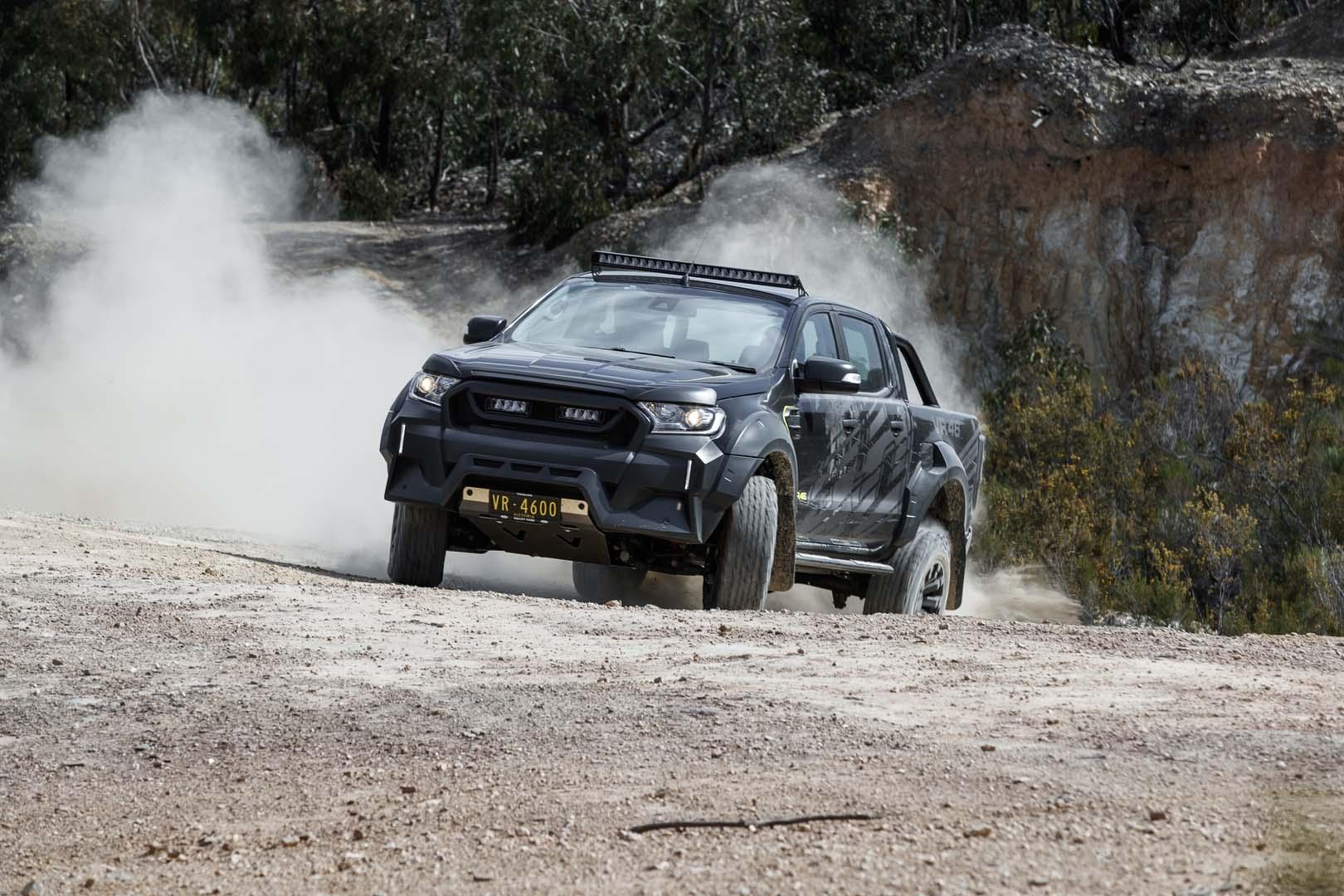 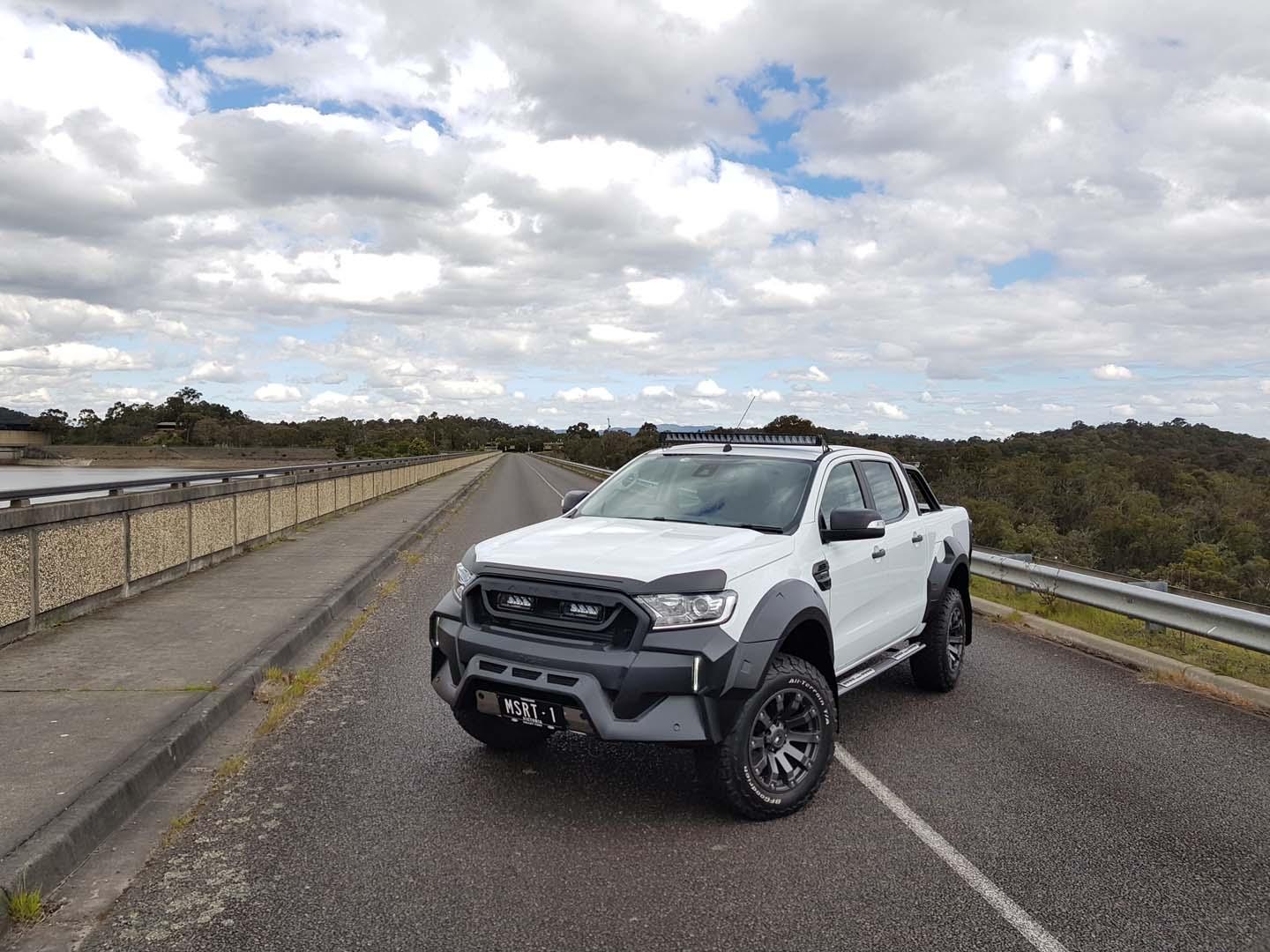 Starting with one auto and one manual trans Ranger, and a similar pairing of Transits, MS-RT enlisted Broadmeadows-based engineering consultants, Premcar (formerly FPV), to help clear all the hurdles of ADR compliance, which proved to be surprisingly easy.

Within six months, ADR compliance was achieved, MS-RT Australia had second-stage manufacturer approval and the MS-RT Ranger and Transit were ready to hit the road. Frank attributes this largely to the already-proven record of M-Sport products in the UK.

“MS-RT want to be to Ford what AMG is to Mercedes. People who go into their factory come away with a greater understanding of how much work and effort goes in after they see what’s being done.”

Faster than expected growth in the UK and Europe means that MS-RT UK now produce most of the kit components in-house for vehicle assembly at their purpose-built factory in South Wales. Here in Australia, it’s still early days, so MS-RT Australia handles direct customer sales from their base in Victoria, orders all of the required components from the UK HQ and undertakes the conversions locally.

“We’ve got a partner in Mount Gambier to service South Australia and we’ve been talking to a group in Perth to do the same for WA.”

With enquiries on the up, Frank added that MS-RT Australia are happy to talk to other potential partners, too. 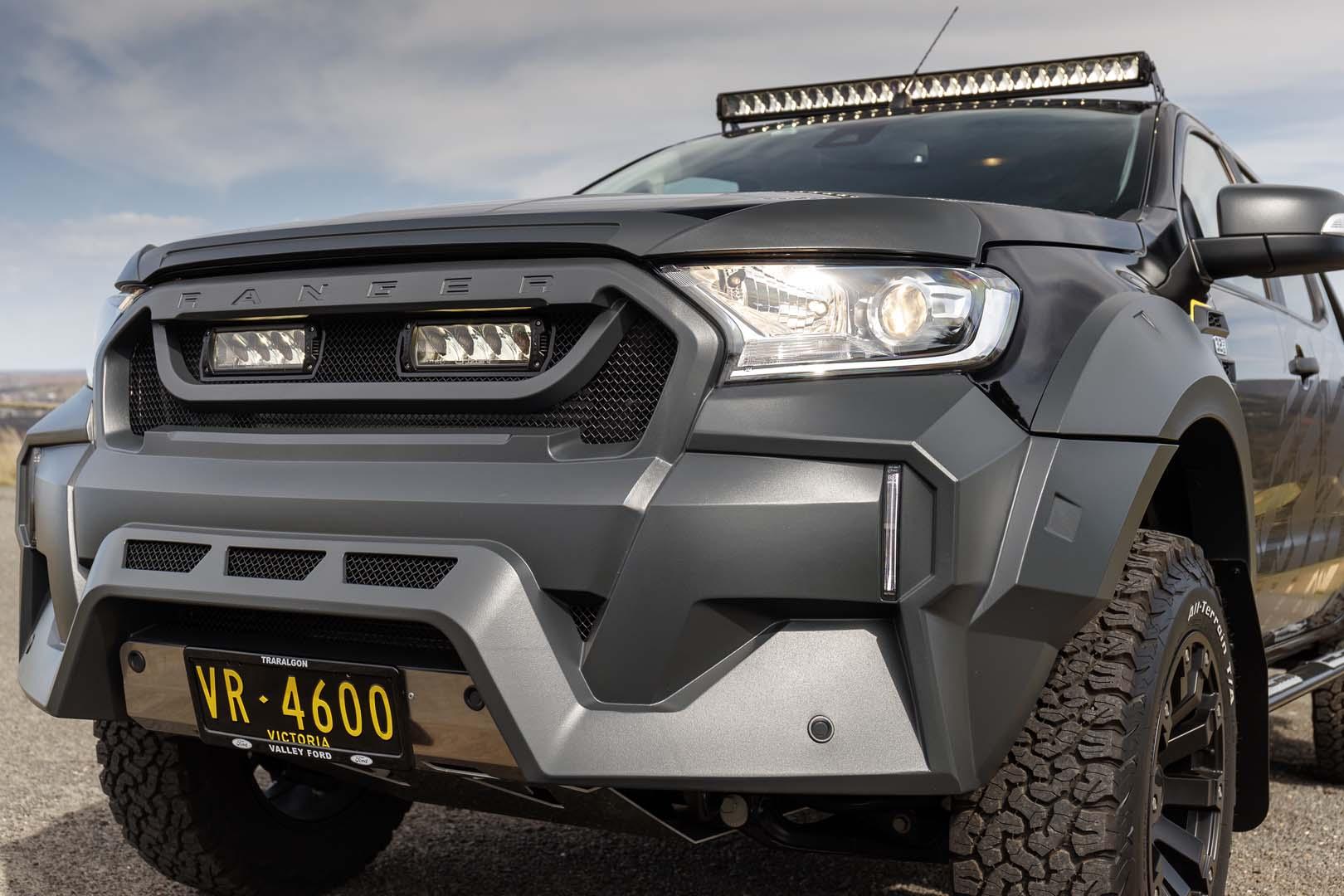 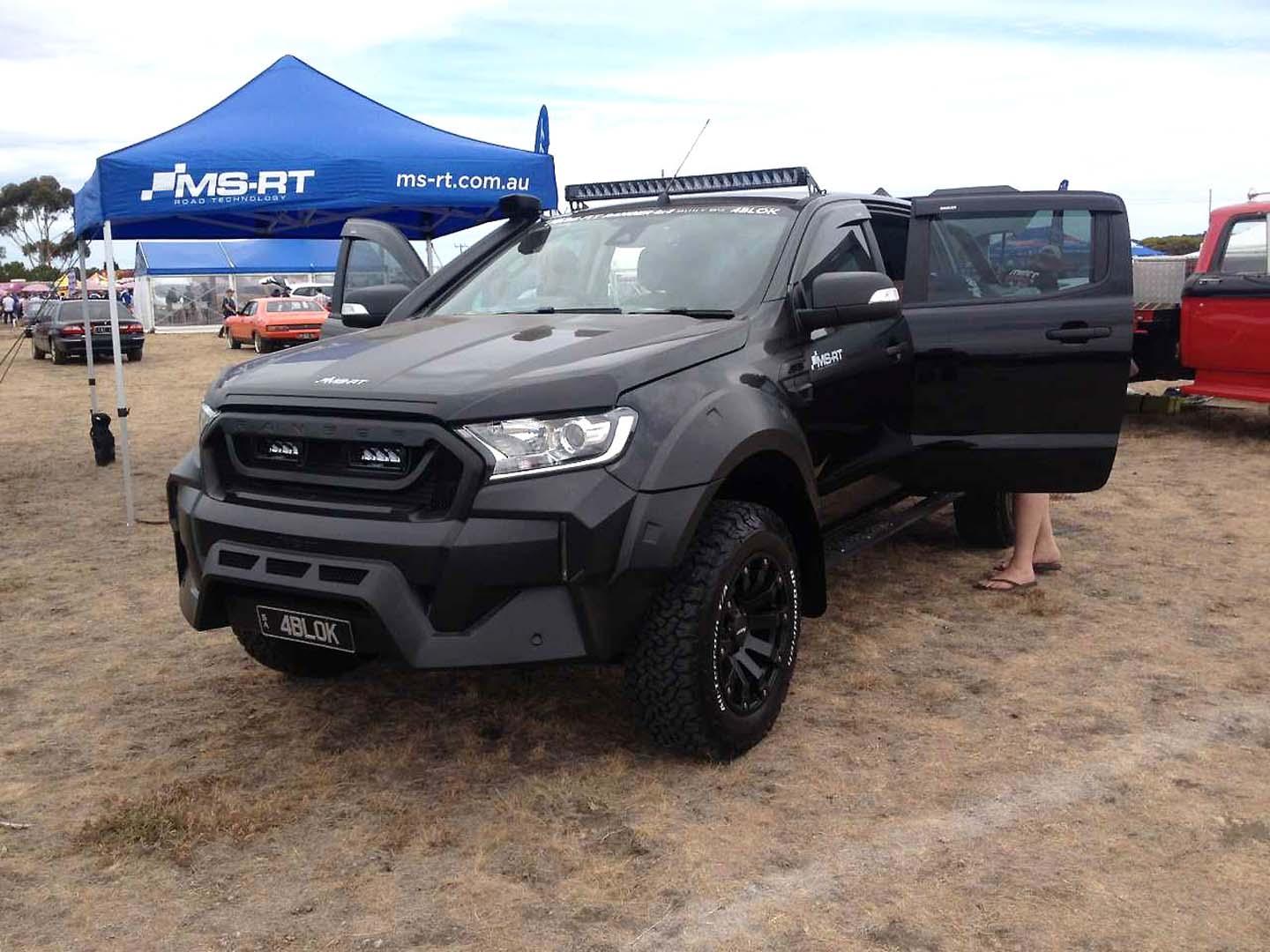 Beyond the usual advertising channels, MS-RT Australia understand the best way to get people – and potential customers – excited about their vehicles is by giving them the chance to see them in the metal. So they’ve been doing a lot of ‘grassroots’ marketing, getting the Rangers and Transits out to shows and events. The response from punters has been incredibly positive, especially on the Ranger.

“We get the whole ‘It looks like Darth Vader’ from the front,” Frank laughed. “But seriously, the more people see them, the more positive reaction we get. We’ve even had Ford employees say the cars look fantastic - like they could have come out of the Ford factory.”

MS-RT contacted Ford dealers nationwide and the response has been positive from them, too: “they all love the product.”

For now, there’s no formalised relationship with Ford Australia to make the MS-RT Ranger an official Ford product, but that may change in the future. In the UK, MS-RT is officially supported by Ford UK, with the vehicles meeting all of Ford’s build quality and technical benchmarks, achieving official ‘Ford QVM Certification’. Ford Dealers in the UK retail MS-RT vehicles alongside the standard Ranger and Transit. 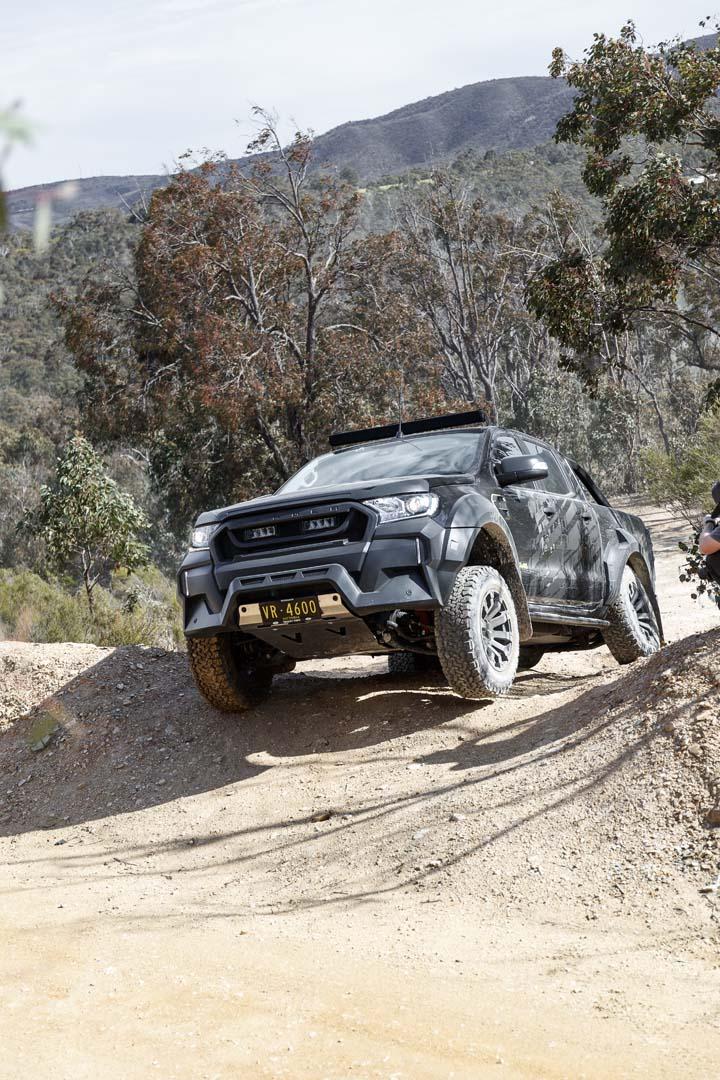 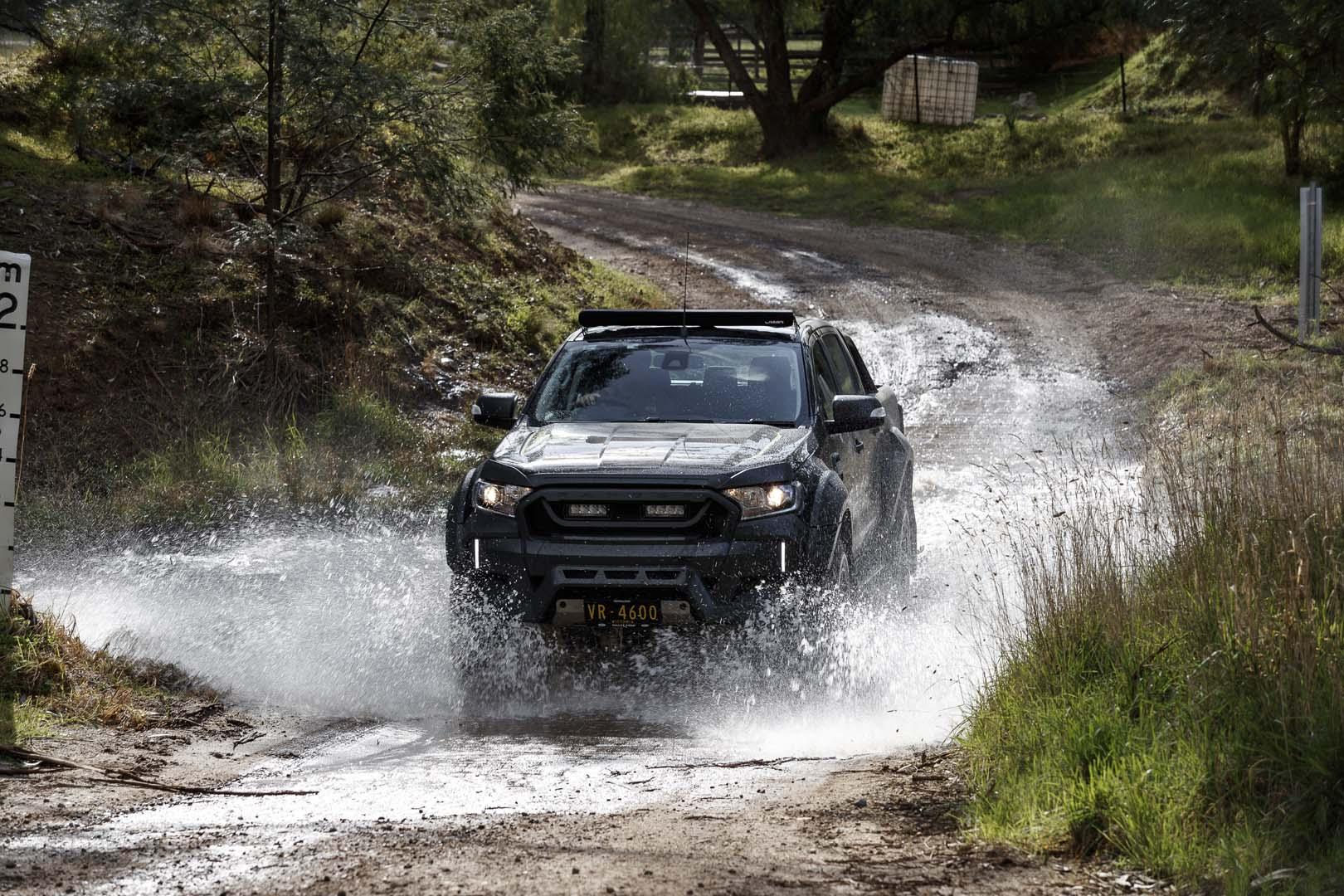 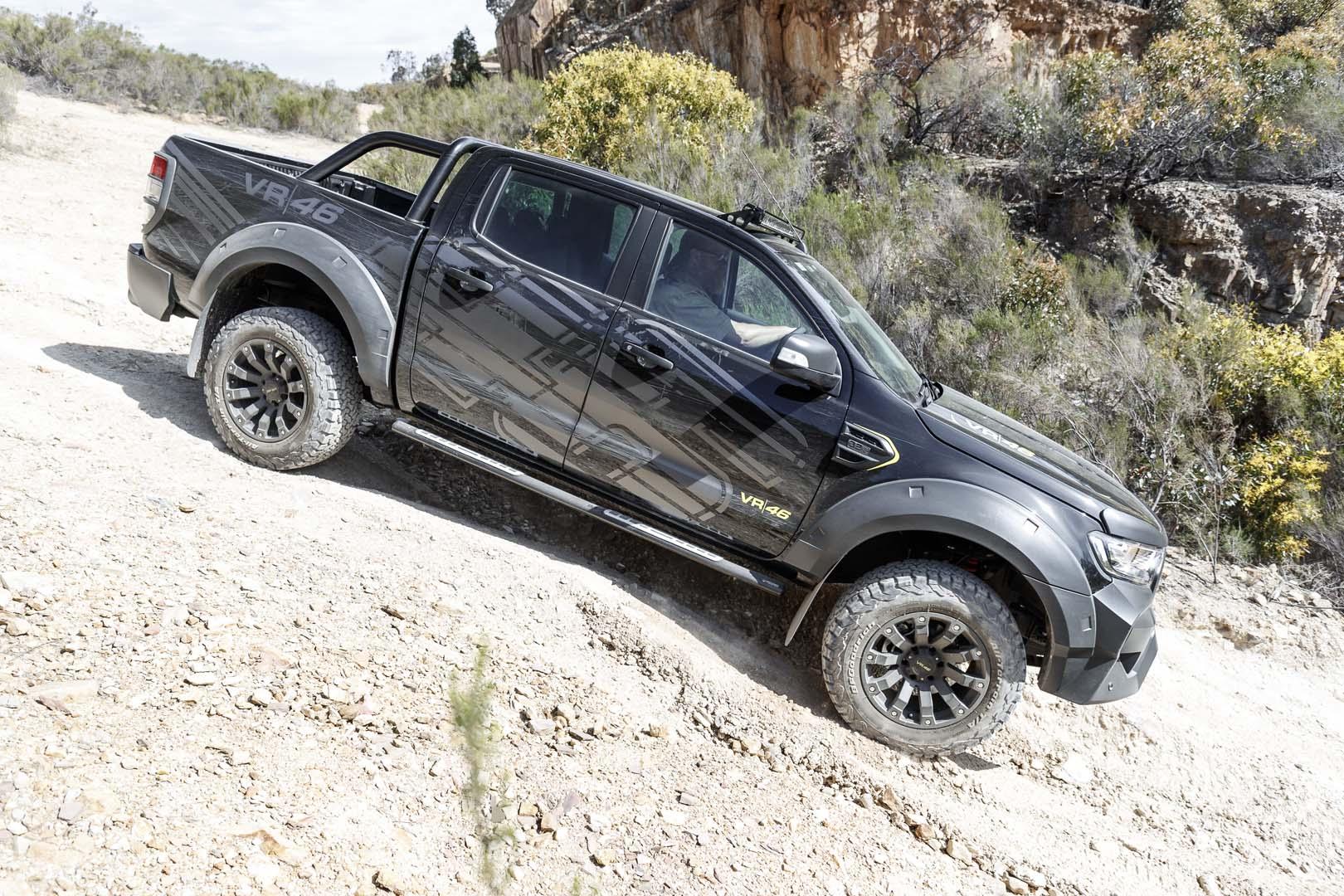 First thing to know about the MS-RT upgrade is that it won’t void the Ford factory warranty, nor will it impact the Ranger’s towing or payload capacity.

To date, it’s mainly been the XLT Ranger that has been given the unique MS-RT treatment (and best suits that grade when the factory Tech Pack is added), but XL, XLS and even Wildtrak grades have been updated, too.

The $26,950 starting price (inclusive of GST and fitting, exclusive of vehicle freight) is obviously a big outlay, but it’s one Frank believes is justified, given the proven quality of the kit’s components and how they integrate together.

“From front bumper to rear bumper, the MS-RT Ranger has been designed to be one holistically-integrated vehicle. In much the same way an HSV Commodore or an FPV Falcon used to be - you’re not buying a ‘Ford Ranger with MS-RT parts’, you’re buying an ‘MS-RT Ranger’.”

So, what do actually get with an MS-RT Ranger? 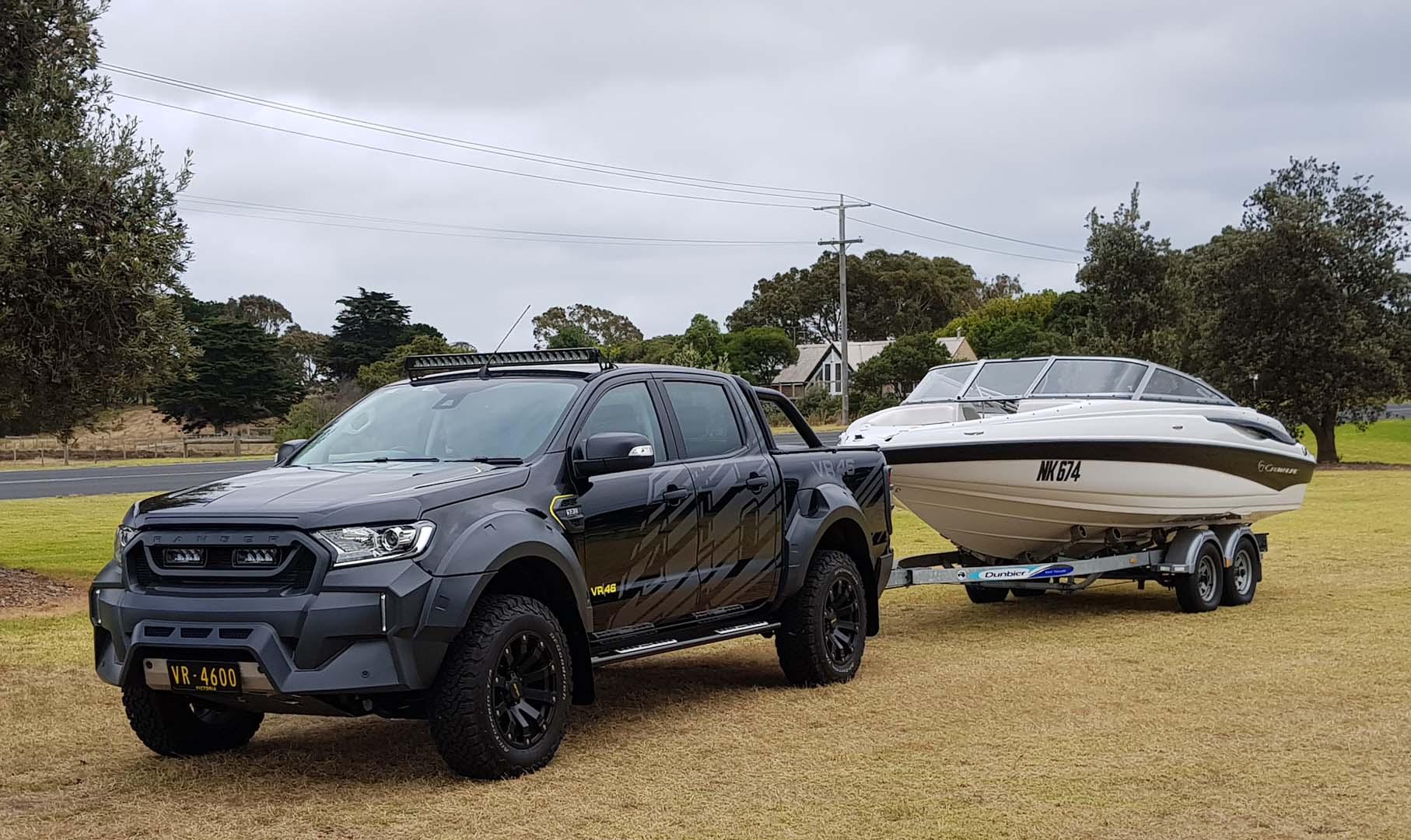 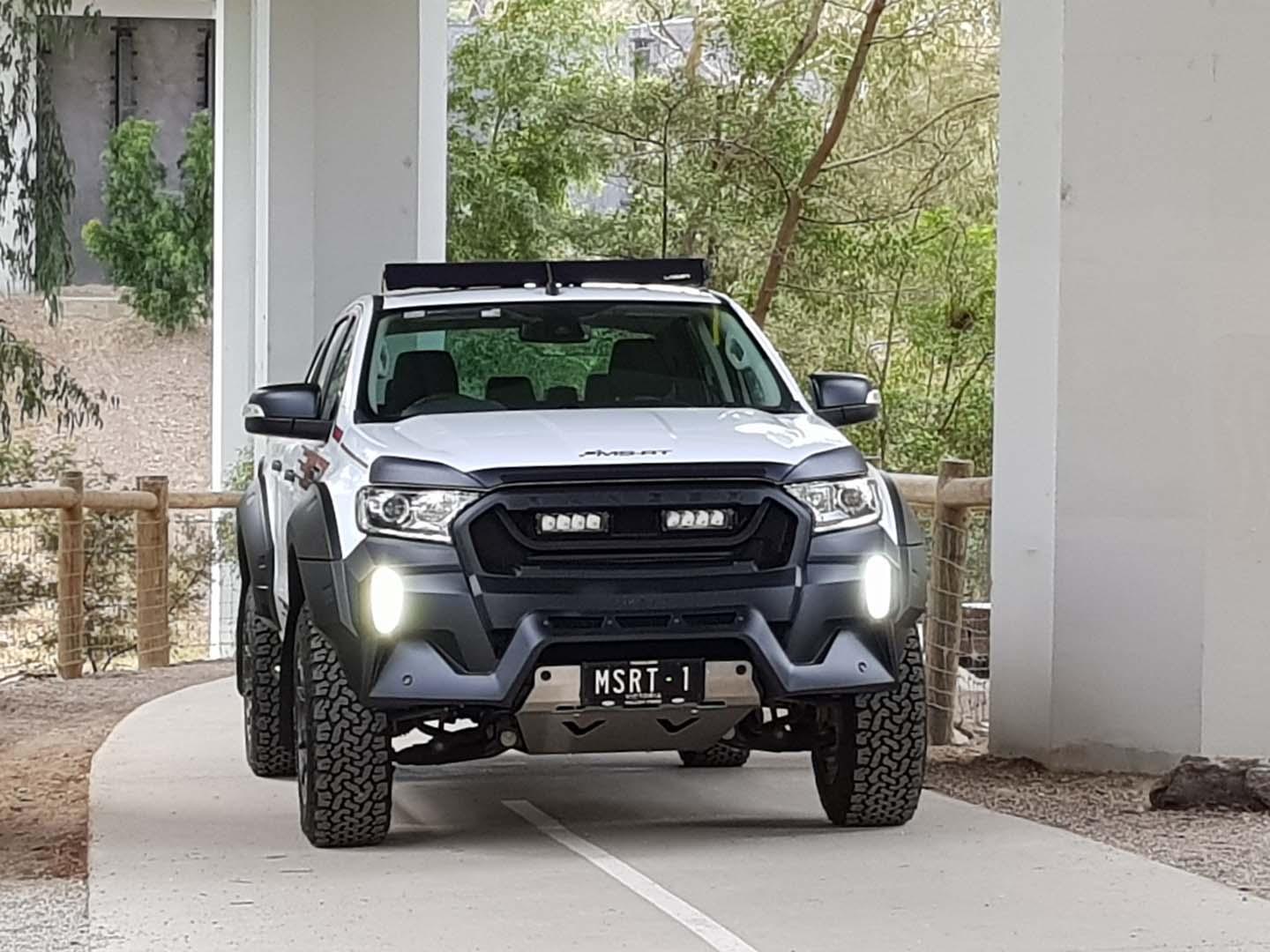 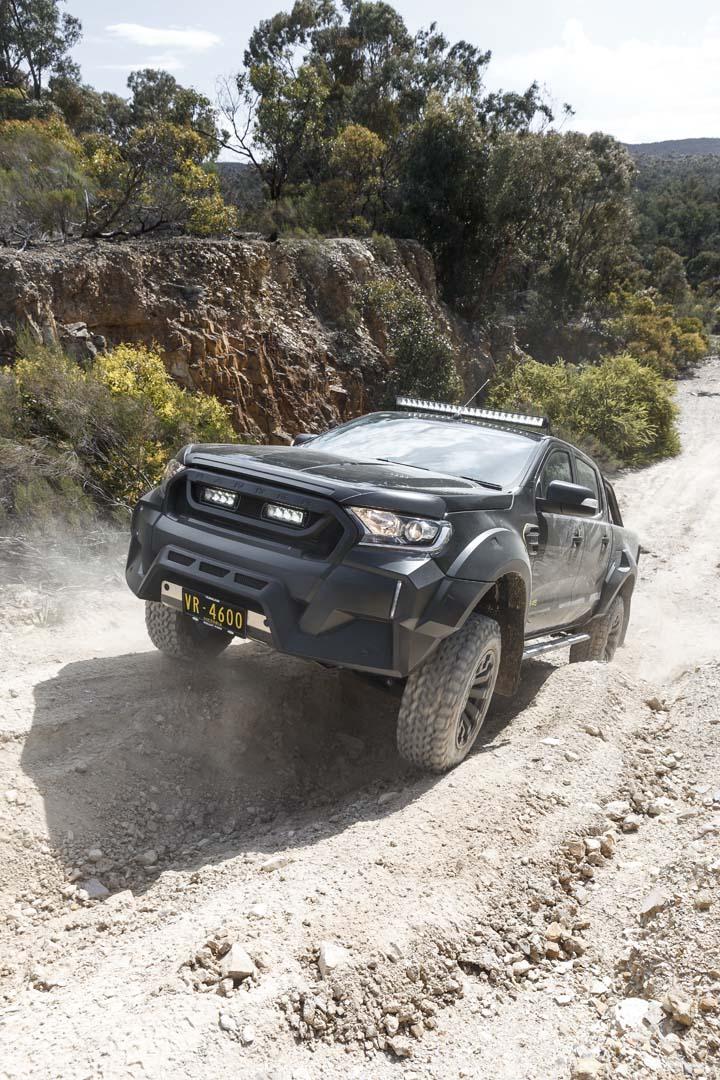 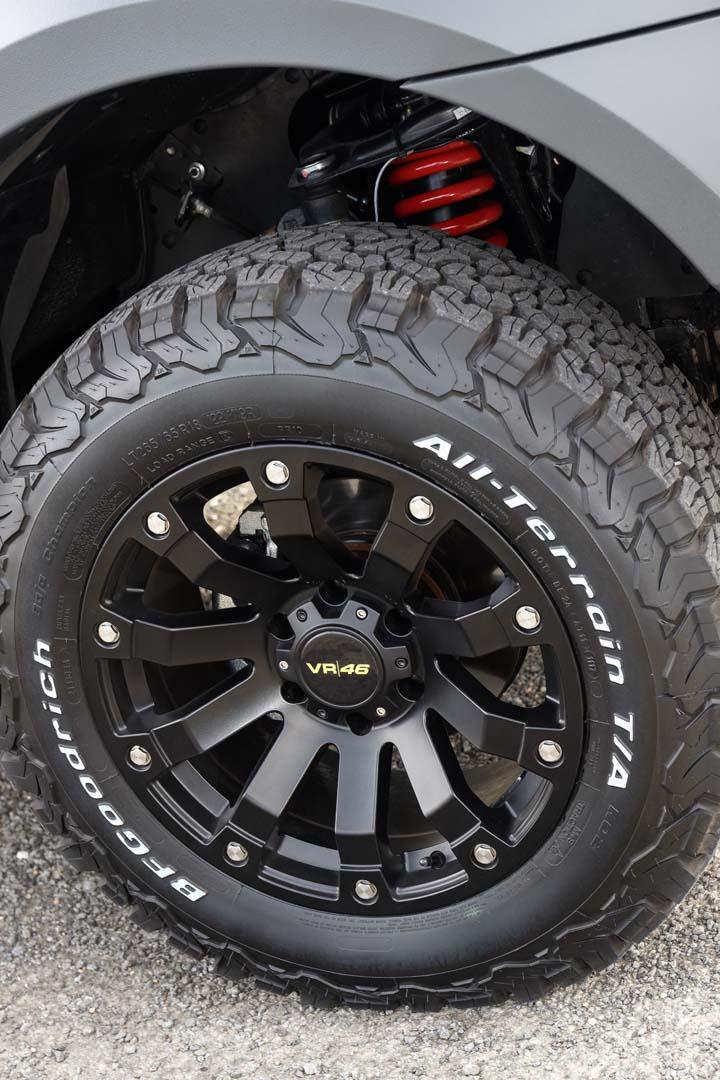 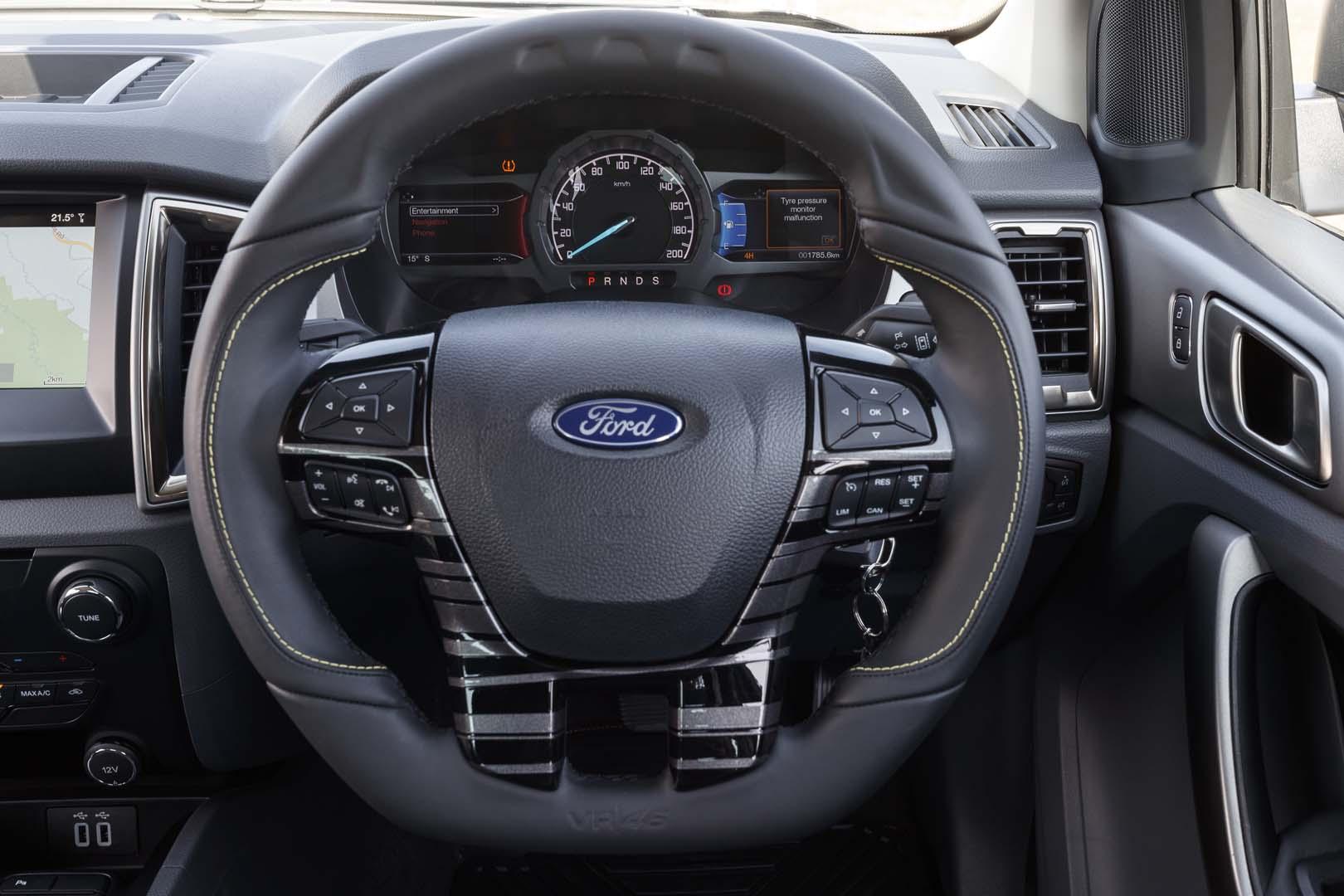 Obviously, each MS-RT Ranger is made up of more than just a couple of bolt-on parts, so, to ensure quality standards, MS-RT allow two weeks to fit out each vehicle, with all work done by hand and backed by a 12-month warranty.

While the kit has been designed as one unit, MS-RT Australia understand that budgets don’t always allow for this and tastes may differ, so they’re happy to talk to customers about individualising the package to suit their needs.

Given the MS-RT Ranger is a such a different animal visually from the standard Ford product, Frank says a number of their customers to date have been tradies and small businesses that use the Ranger as a mobile billboard - a role in which it undoubtedly excels!

In something of an exclusive, Frank revealed to JUST 4x4s that the Australian MS-RT operation will be much more closely involved with future Rangers.

“We’ve been asked by Ford UK to design the next MS-RT Ranger. And that vehicle will take a different approach. It’ll be a bit less aggressive in the styling. It will be lower to the ground, as opposed to being raised. It’ll have big wheelarches and big wheels. So I think we’ll see something that’s quite different, quite exciting and an even more premium product.”

For now, though, Frank and the team at MS-RT Australia are still working hard on growing the MS-RT brand around the country.

If you’re looking for a vehicle with individual styling, quality componentry and a proven history, have a look at an MS-RT Ranger. MS-RT Transit vans are also available. 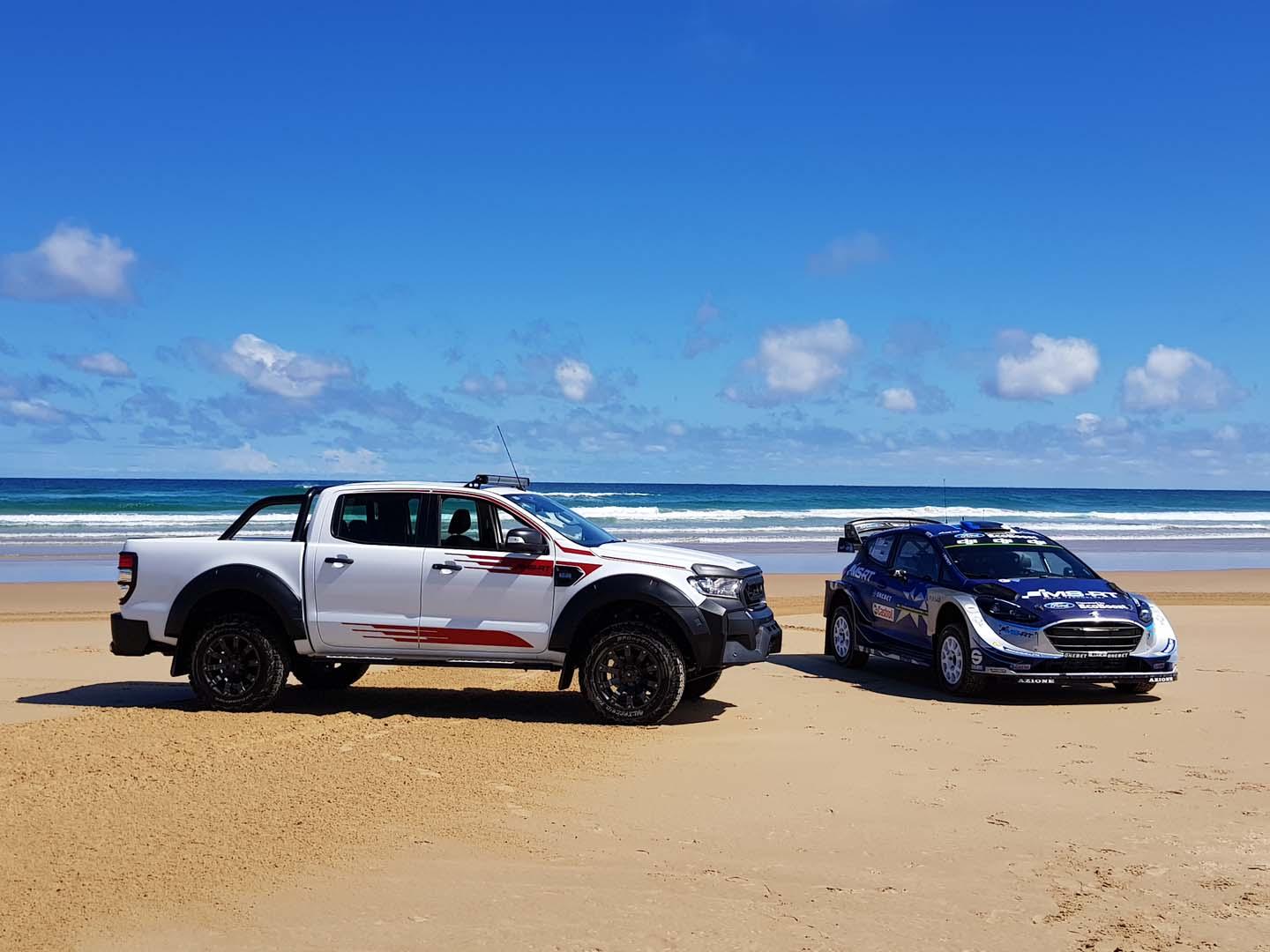 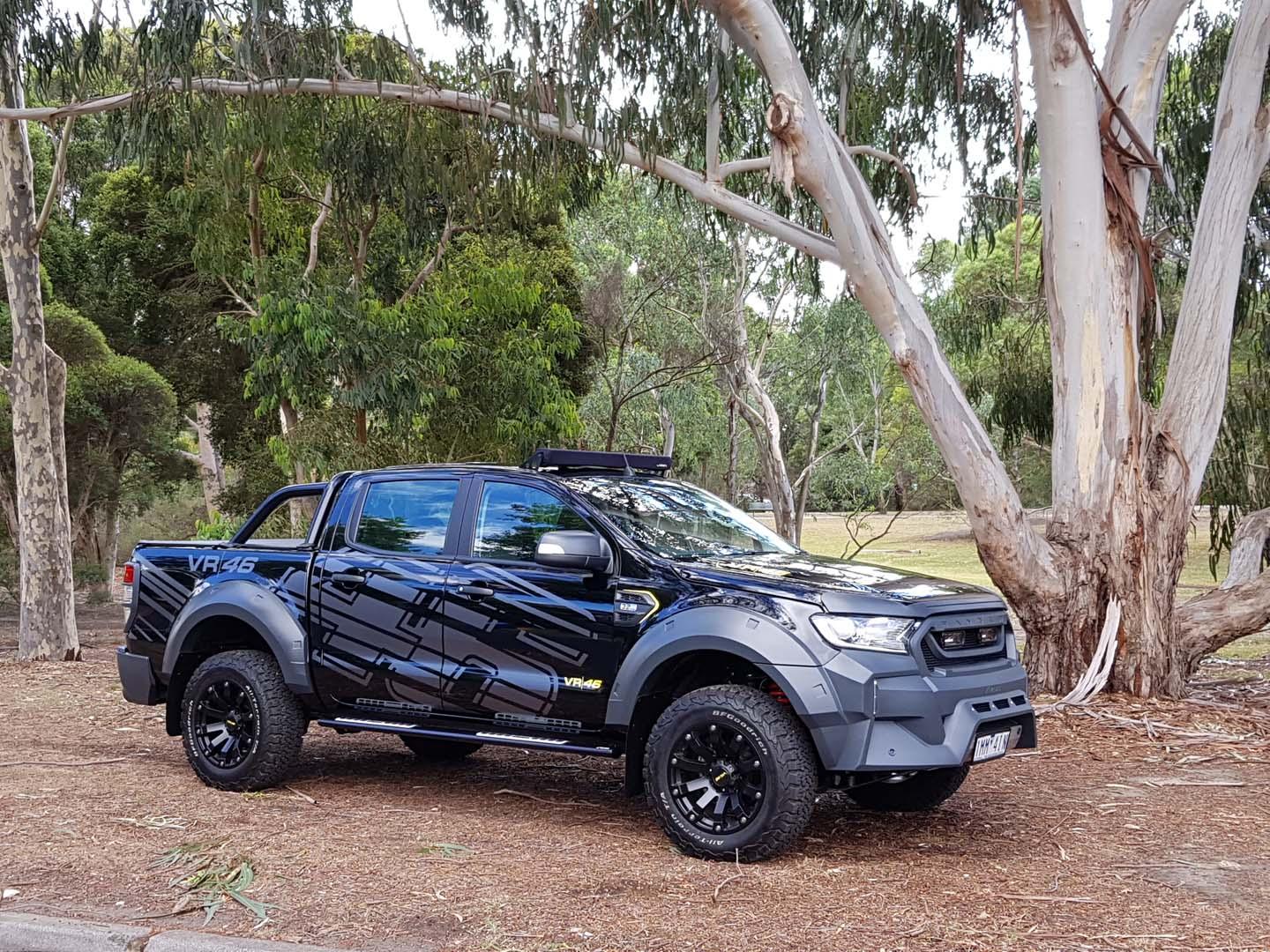 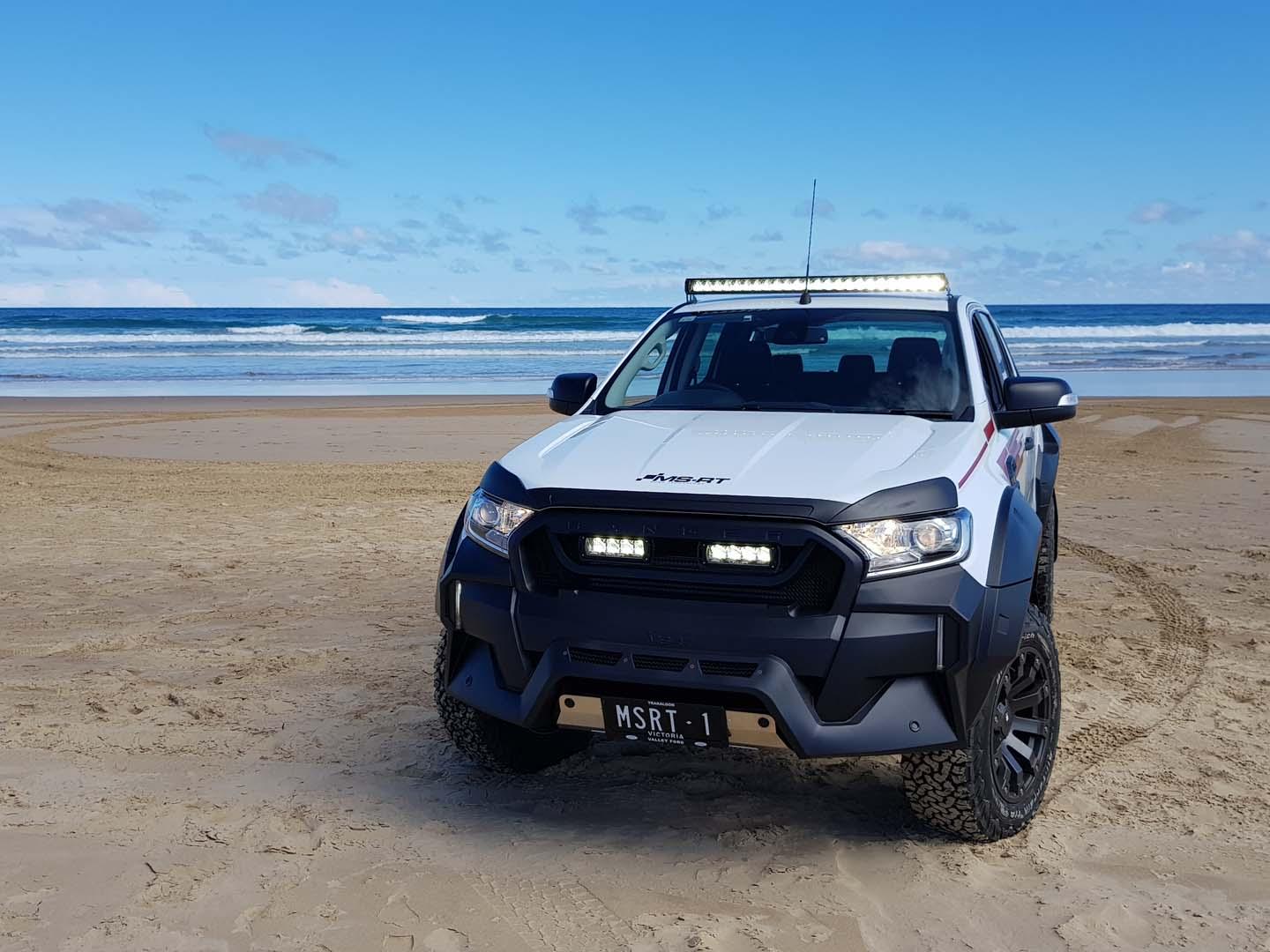