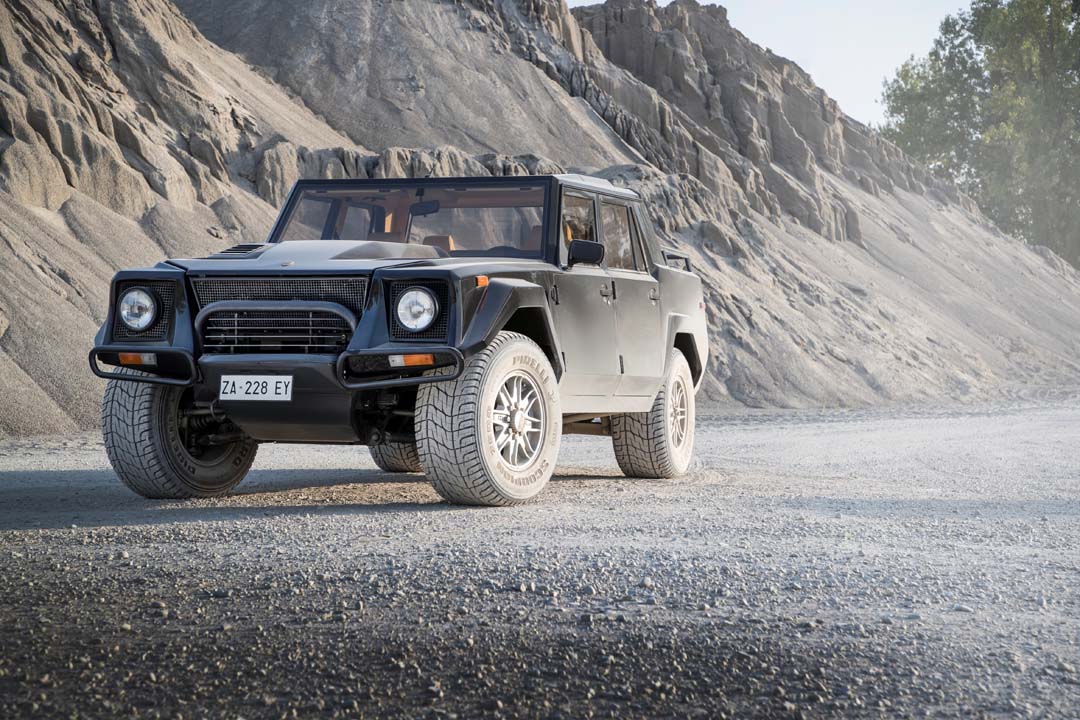 Every idea has to start somewhere. In the case of Lamborghini’s Urus SUV, you could argue that the idea started not with the concept presented in 2012, but more than three decades earlier and in a far different form…

Until its takeover by the Volkswagen Group in 1998, Lamborghini’s history was anything but stable. Sure, the early years following the release of the 350 GT in 1963 were good, but by the early 1970s, sales were slipping; a situation compounded by the first oil crisis of 1973. A year later, company founder Ferruccio Lamborghini sold his remaining stake in the company and retired.

By 1978, the company was bankrupt, after which a string of owners included the Mimran Group, Chrysler and MegaTech (a company linked to the Indonesian government) tried to return the brand to glory – and profitability!

The origins of the LM002 were found in those turbulent years when Lamborghini seemed forever on the edge of extinction, and it’s perhaps a reflection of the company’s understanding of the need to diversify to survive that such a project came about in the first place. 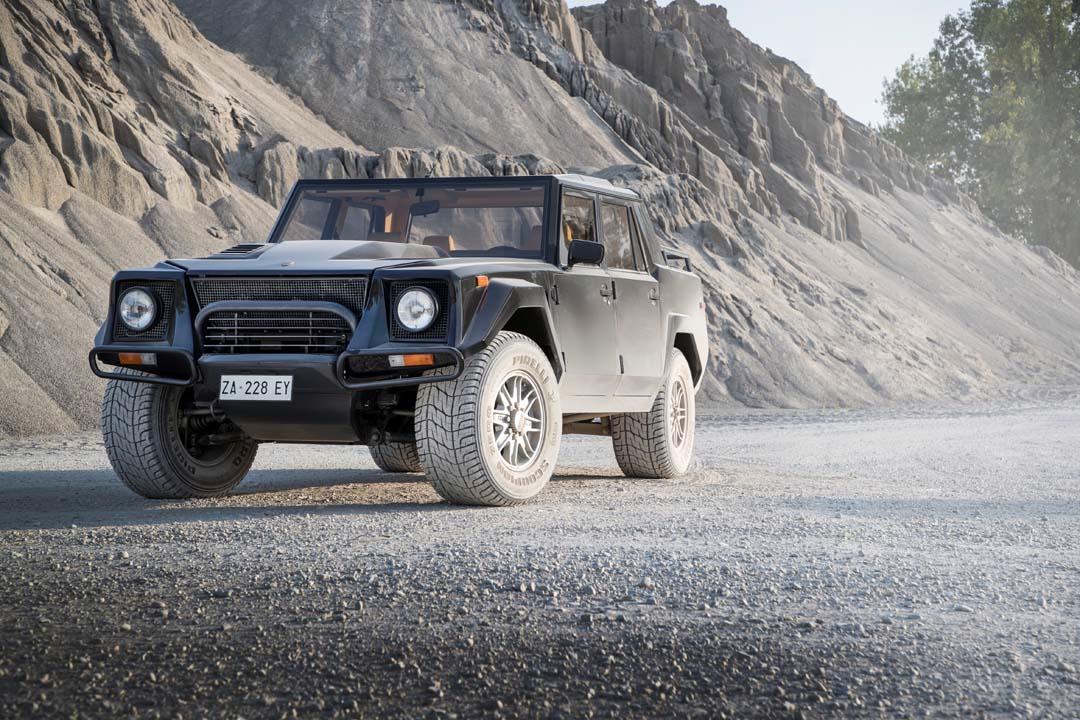 In the late-1970s, the US Army’s tender for a new general purpose reconnaissance and troop transport vehicle (replacing the M151 that in turn had its origins in the WWII jeep) was Lamborghini’s spur to develop an off-roader, knowing that the funds to develop future civilian models could be secured by a fat military contract. How fat? The tender that was eventually won by AM General in 1983 to produce the HMMWV (aka Humvee) amounted to US$1.2 billion!

Lamborghini’s take on a military GP machine was dubbed the ‘Cheetah’. Designed in the US by American Rodney Pharis, the Cheetah was powered by a rear-mounted Chrysler V8 engine matched to a 3-speed transmission and permanent four-wheel drive. Unfortunately for Lamborghini, the Cheetah failed to impress in US Army tests conducted in 1977; the same year in which the public got its first look at the Lamborghini off-roader when it was displayed at the Geneva Motor Show.

Described as being overweight and underpowered, the Cheetah was also tail-happy thanks to the rear-mounted engine, which could prove troublesome, if not fatal, in the hands of inexperienced troops. 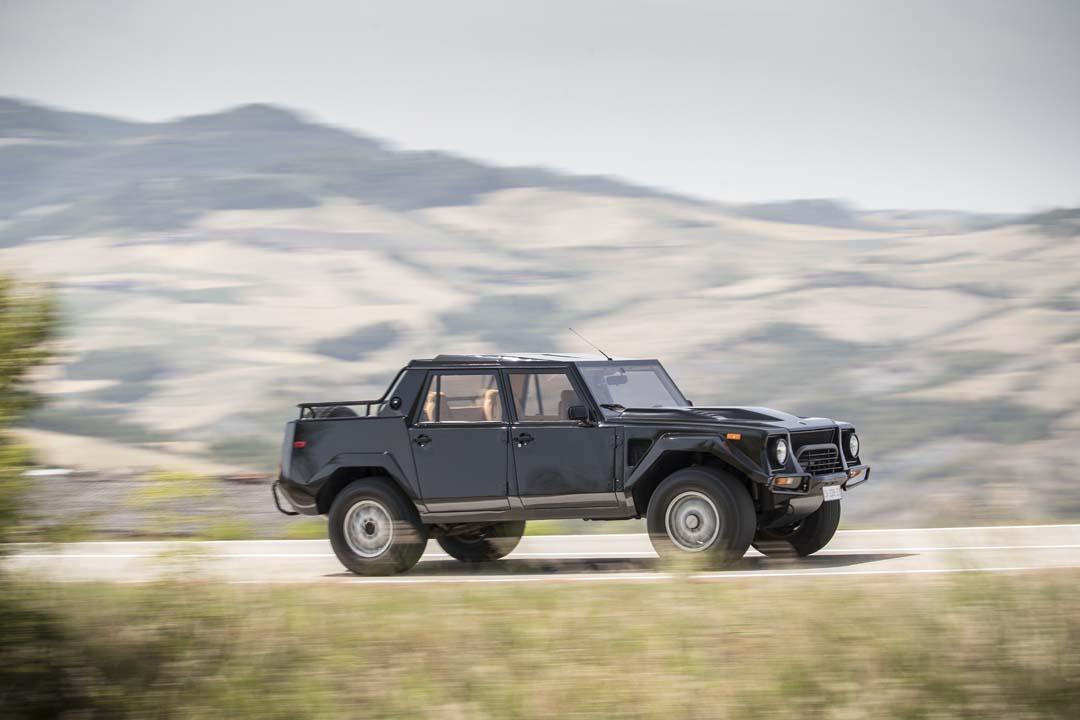 Despite the failure of the Cheetah project, the idea of a Lamborghini 4x4 remained, eventually surfacing again in 1981. Under the LM001 name (‘LM’ was believed to stand for ‘Lamborghini Militaria’), the next evolution of the Cheetah was a bit more civilised, but still designed with military applications in mind. And it still had a rear-mounted V8, so it didn’t address the original problem, but the next concept did.

In the LMA-002, switching the engine to the front made for more predictable handling, while the lack of any foreseeable US military contracts removed the need for an American engine. As such Lamborghini’s own 5.2-litre V12 from the Countach was fitted, matched to a 5-speed manual gearbox.

By this time (1982), the focus was on commercial buyers, specifically oil contractors working in the middle east, who needed to cover vast distances across inhospitable deserts, but despite the redesigned chassis (necessary to take the V12), the basic design could still be ‘militarised’ relatively easily, if required. 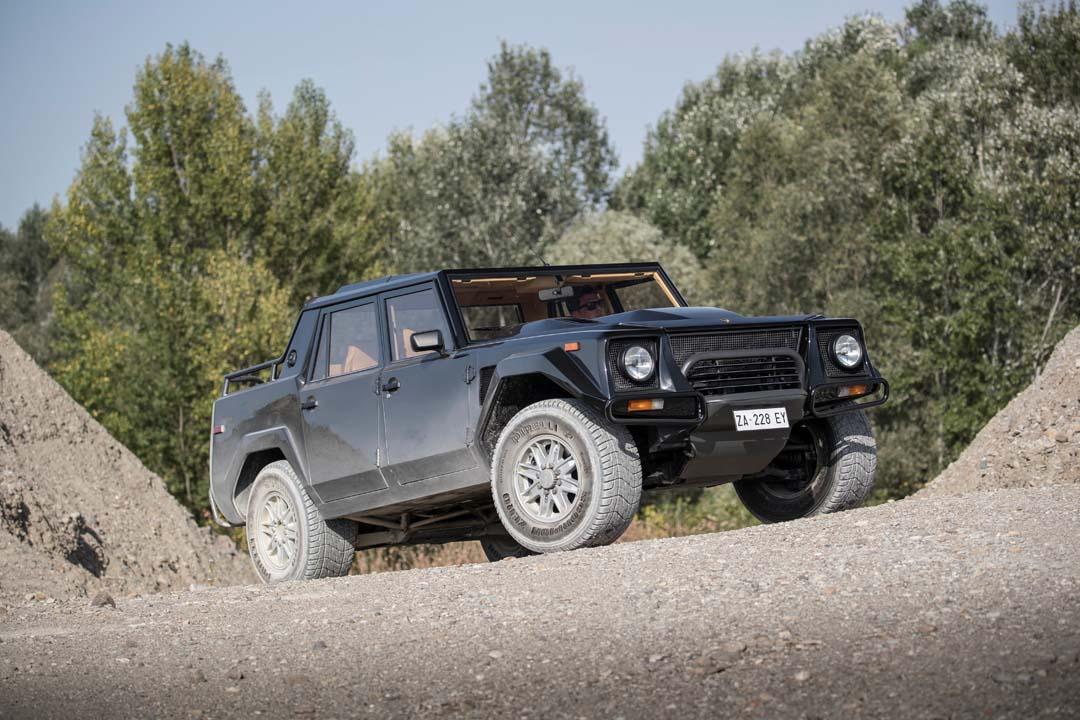 Development continued on the LM prototypes for the next few years, including stronger suspension, special tyres and even the trial of a 3.6-litre diesel engine in place of the petrol V12.

The basic design remained unchanged through this development, but appointments becoming more luxurious, as the project shifted from a “work” to “play” 4x4 vehicle. By the time a pre-production version was presented at the Brussels Auto Show in 1986, the basic formula had been set, along with the name.

Compared to the Countach, Jarama, Espada, Miura, etc., ‘LM002’ was far from evocative, but Lamborghini chose it anyway and it was with this moniker that the 335kW V12-engined 4x4 was presented at Brussels and the Turin Motor Show that followed. 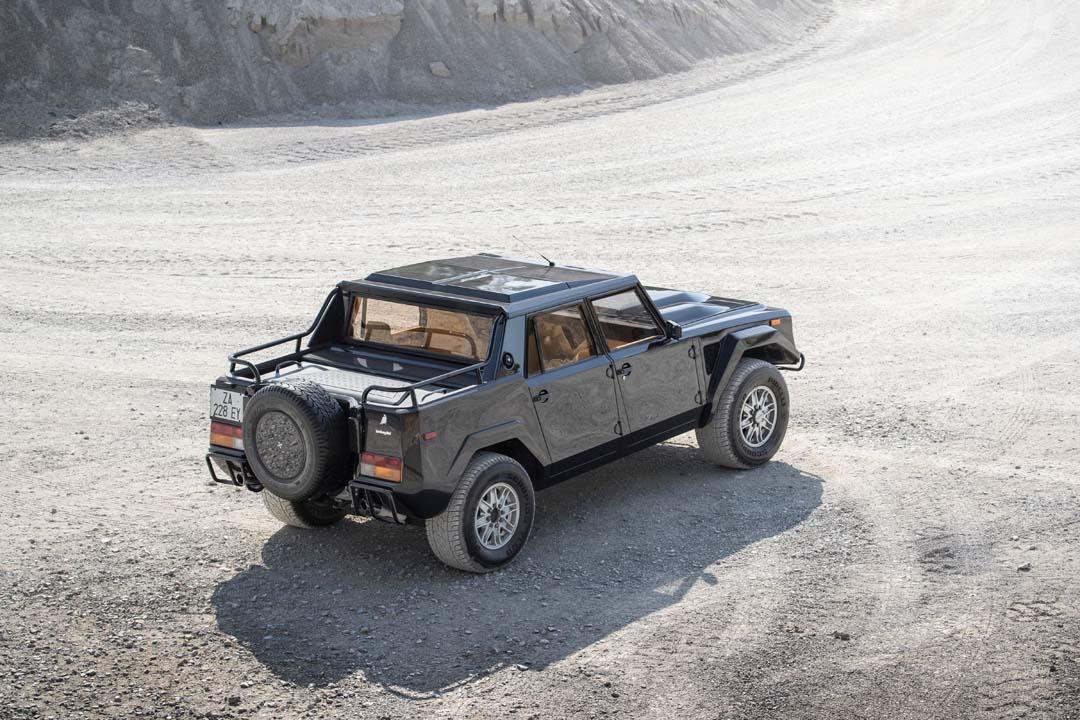 Granted, the Range Rover was luxurious, but it didn’t have anywhere near the presence or the performance of the Lamborghini. Despite weighing more than 2700kg, the LM002 could do the 0-100km/h dash in under 9.0 seconds and reach a top speed of just over 200km/h on tarmac and around 160km/h on sand.

With four-wheel drive and a two-speed transfer case, the LM002 could power through boggy sand and easily climb gradients of 50.2 degrees (120 per cent). Assisting the Lambo’s off-road cred were tyres specially developed by Pirelli that featured Kevlar inserts to ensure strength, as well as resistance to heat at high speeds.

The aforementioned luxury component of the LM002 included leather upholstery, full floor carpeting, air conditioning, power everything and premium (for 1986) sound systems. As most were built to order, a degree of personalisation was added to each unit, so there was no ‘common’ spec to the vehicle beyond the basic bodyshape, wheels and drivetrain. 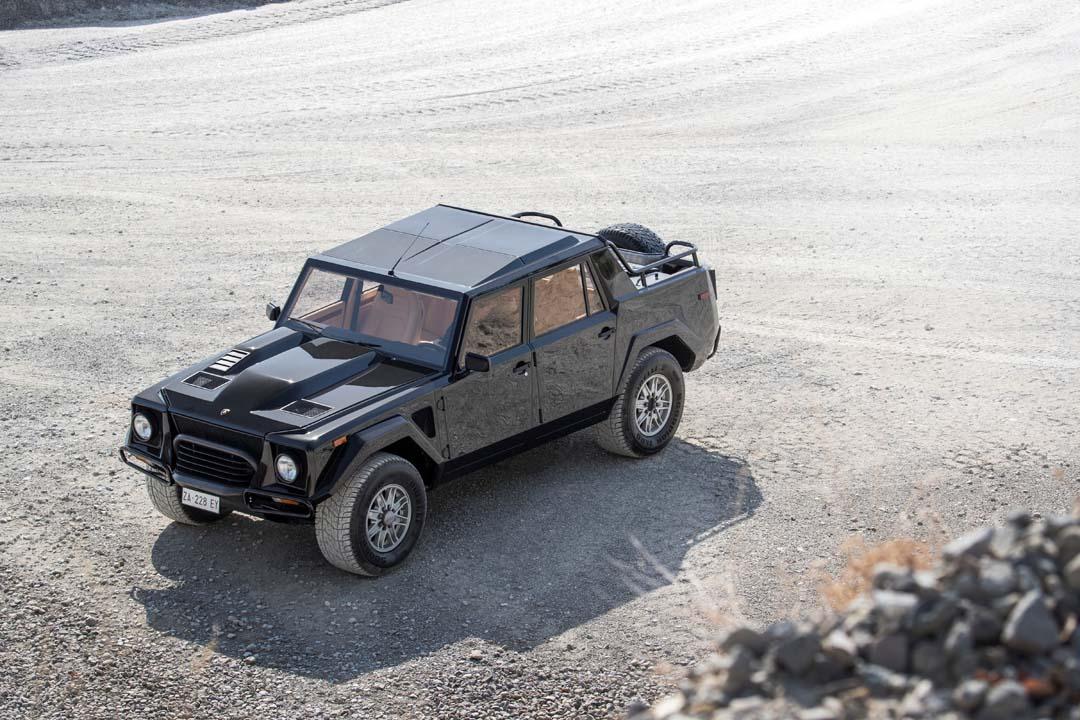 Following its debut, the LM002 attracted all sorts of customers, from royalty to sportspeople, movie stars to dictators, but the common theme was that they were all wealthy, as the vehicle carried a price tag of around US$120,000 when new (close to $300,000 in today’s money).

As the LM002 came a year after the release of the Sylvester Stallone film ‘Rambo’ (aka First Blood Part II) in 1985, it led to the ‘Rambo Lambo’ nickname that’s stayed with the vehicle ever since. Coincidentally, Stallone was an LM002 owner.

For all its pros off-road, the major con with the LM002 was fuel economy. A whopping 290-litre tank was necessary as the 4x4 drank petrol at a staggering rate of a litre every 3.6 kilometres. 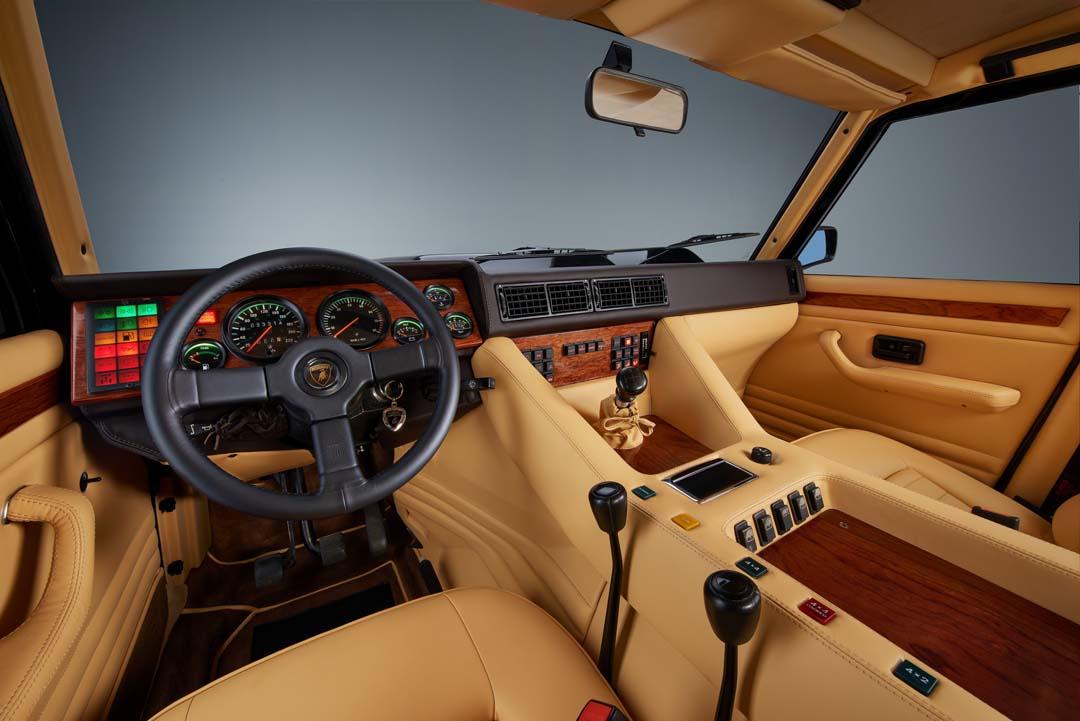 While never a huge success for Lamborghini, LM002 production ticked along at an average of around 45 units annually, and when production ended in 1992, just over 300 had been built.

The last 60-odd LM002s carried the ‘LM American’ tag that signified OZ alloy wheels, chromed bumpers, slight body modifications and upgrades to the interior and engine, the latter including cylinder heads from the Diablo.

Most LM002s built have survived to this day and are drivable, although some are in a neglected state. One exception was the unit owned by Saddam Hussein’s son Uday, which was blown up by US soldiers in 2004.

On the eve of the unveiling of the Urus, Lamborghini freshened up the LM002 in their own museum collection, chassis #12231. 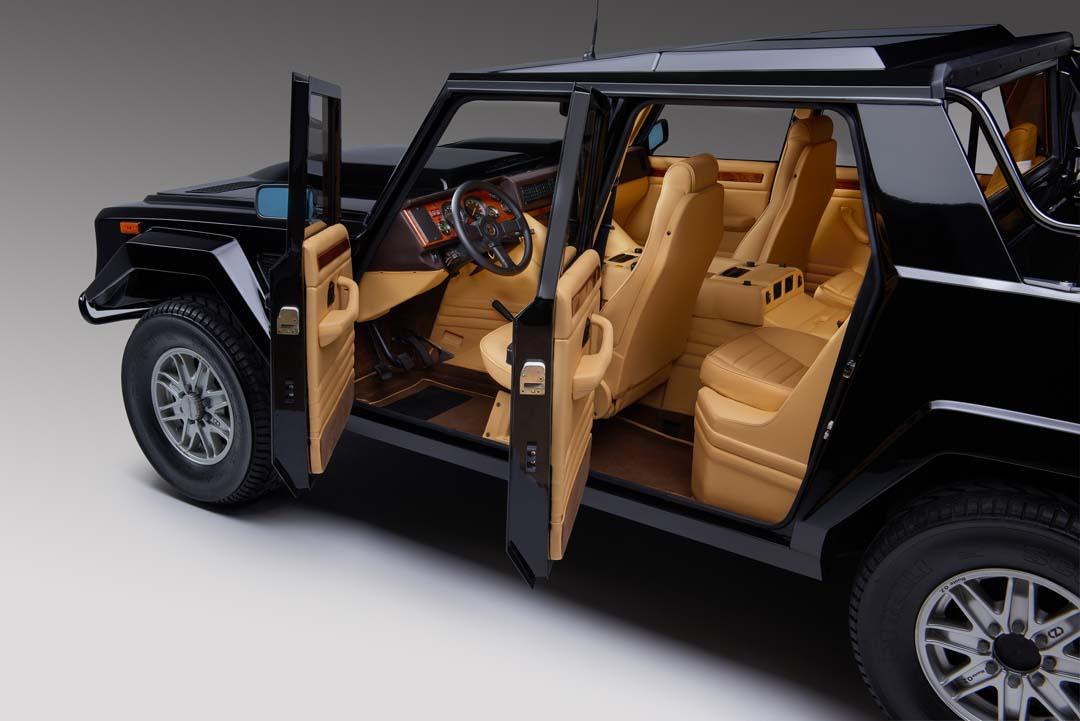 Finished in black with a tan leather interior and timber trim on the dash and door cards, #12231 had been restored by the company’s ‘Polo Storico’ in-house restoration division. 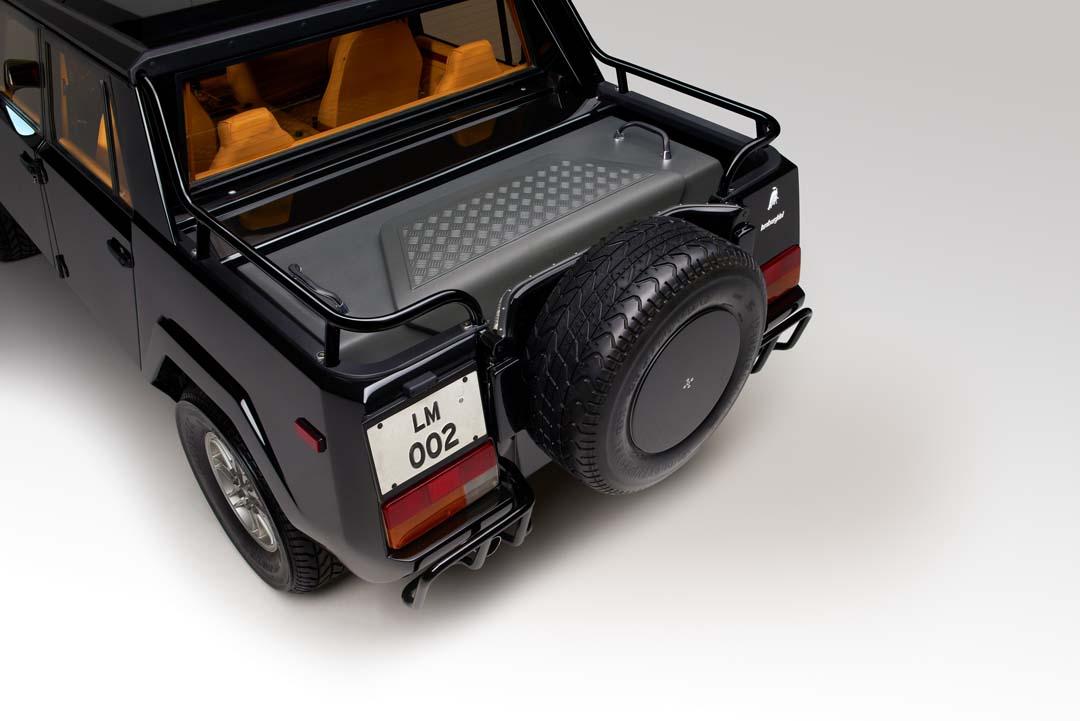