Kia has produced a one-off Soul EV ‘Broadmasters Edition’ for surfers, but it’s not for Aussies…

Words and photos via  PracticalMotoring.com.au

Kia’s Soul EV might not be available here but this surfie spec version would fit in nicely. 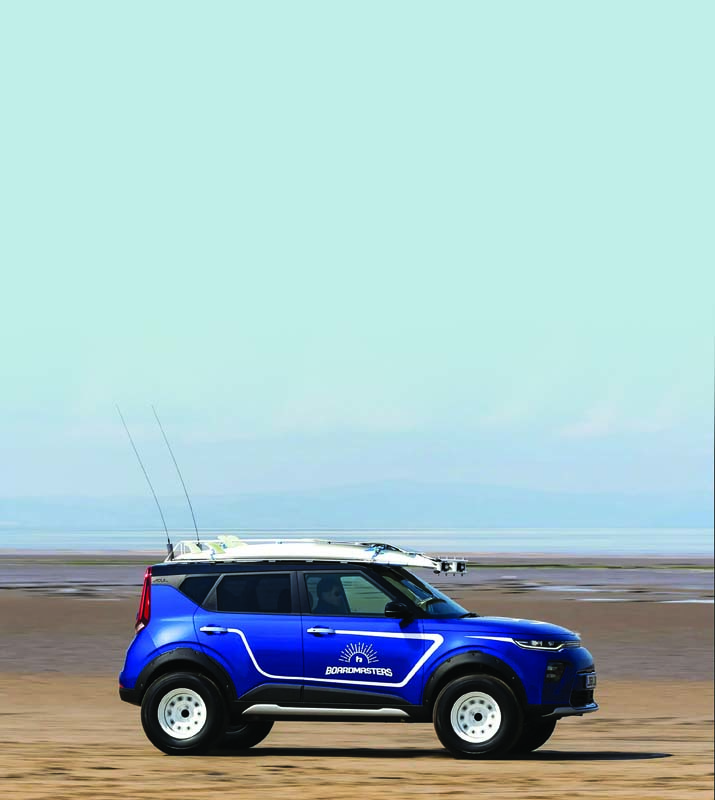 This unique build was done in the UK and is in partnership with the Cornwall surfing competition. If only the Kia Soul EV was available in Australia, we might have our own Bells Beach version. 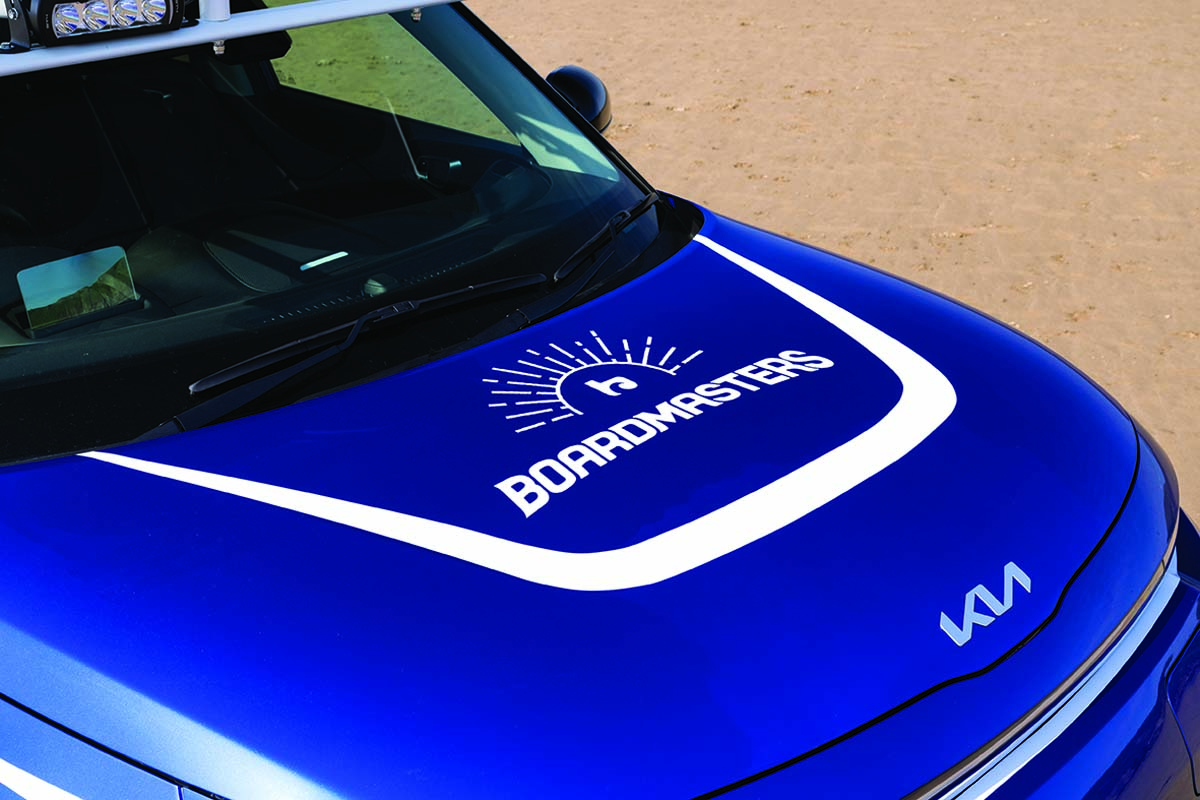 Some highlights are a tall 310mm ground clearance underneath, all-terrain tyres and plenty of racks and accessories. Of particular note is the stripped out cabin made for throwing boards into, though they can be plonked on top, too. 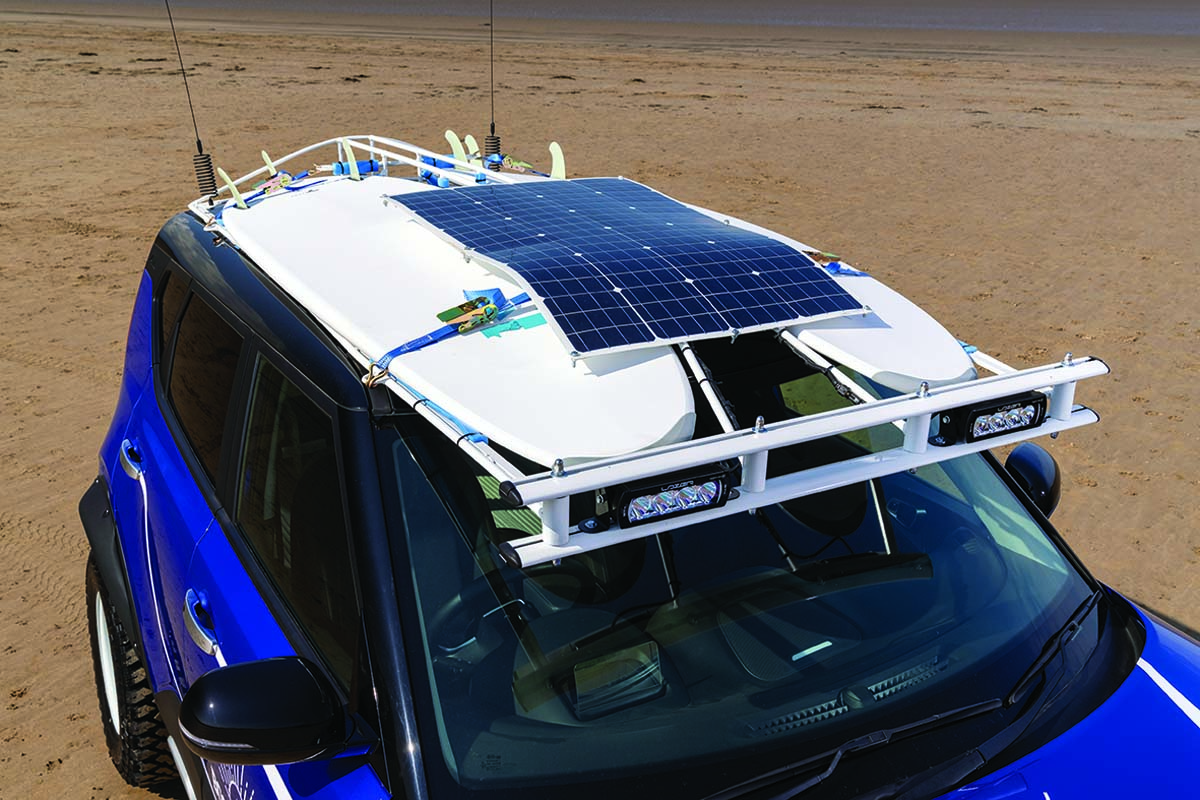 Kia’s engineers have also built a custom steel roof rack, which has been specifically designed to accommodate a pair of 7ft 9in Tahe Bic Malibu surfboards. The rack also houses a pair of LED spotlights and a solar panel, which is powerful enough to run a mini fridge or charge the driver’s phone, independently of the car’s main battery pack. 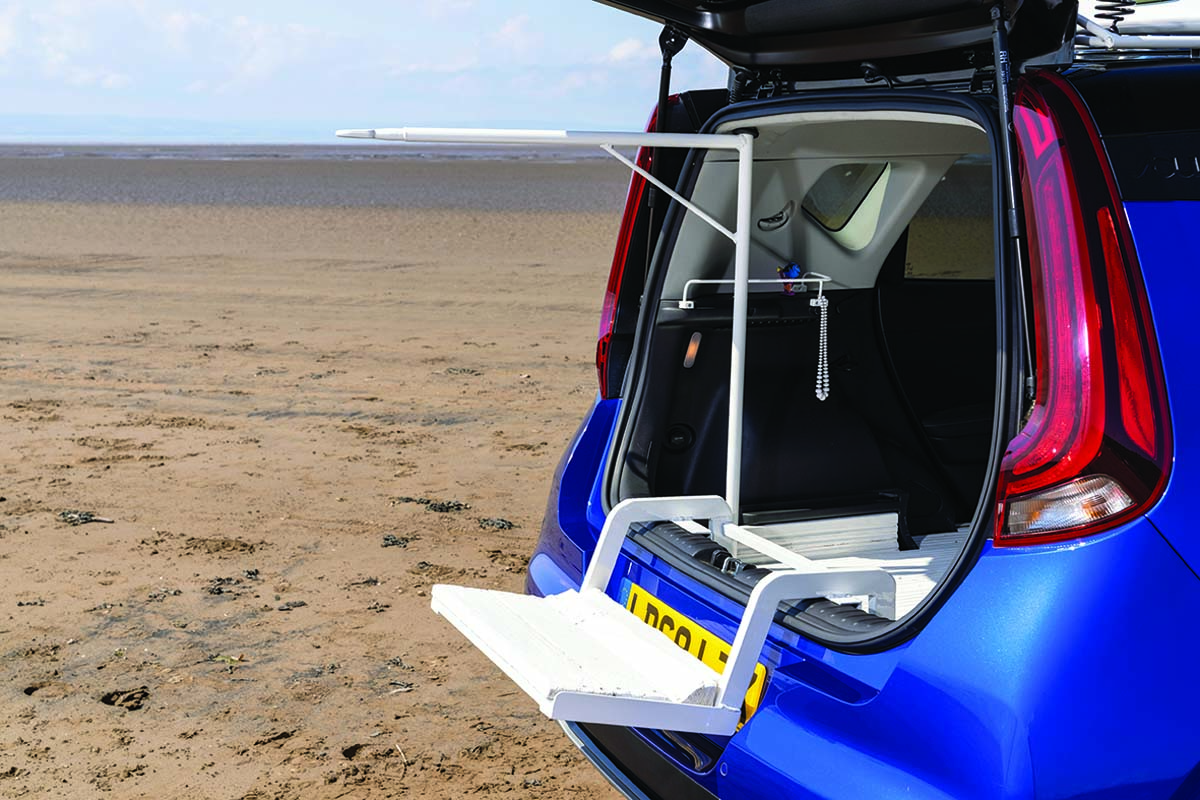 The rear of the vehicle also has a fold-out bench and a swing-out arm which extends from the roof of the cabin and provides somewhere to dry damp wetsuits or, by draping a towel over it, a more private changing area. 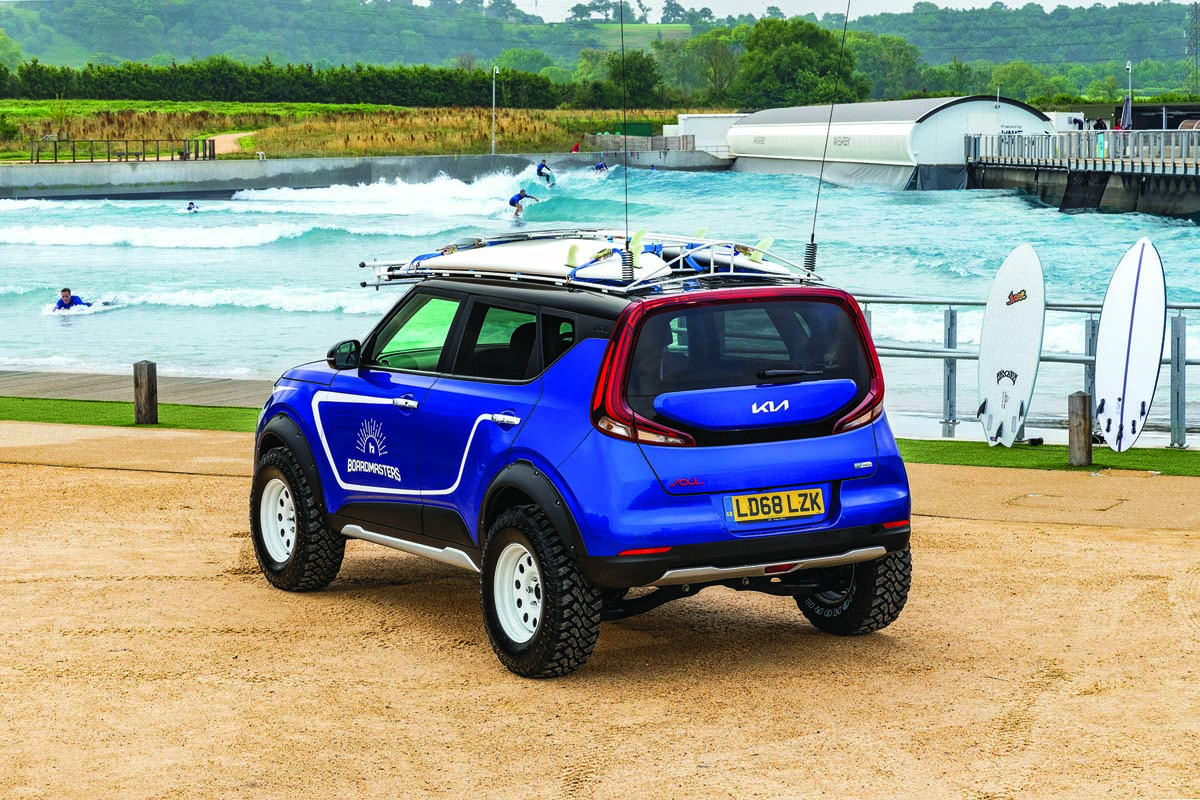 Up front, little has changed over the standard Soul interior. The Boardmasters Edition comes with the same 10.25-inch infotainment system and Harman/Kardon 10-speaker stereo system, which Kia says negates the need for drivers to bring a portable speaker to the beach. 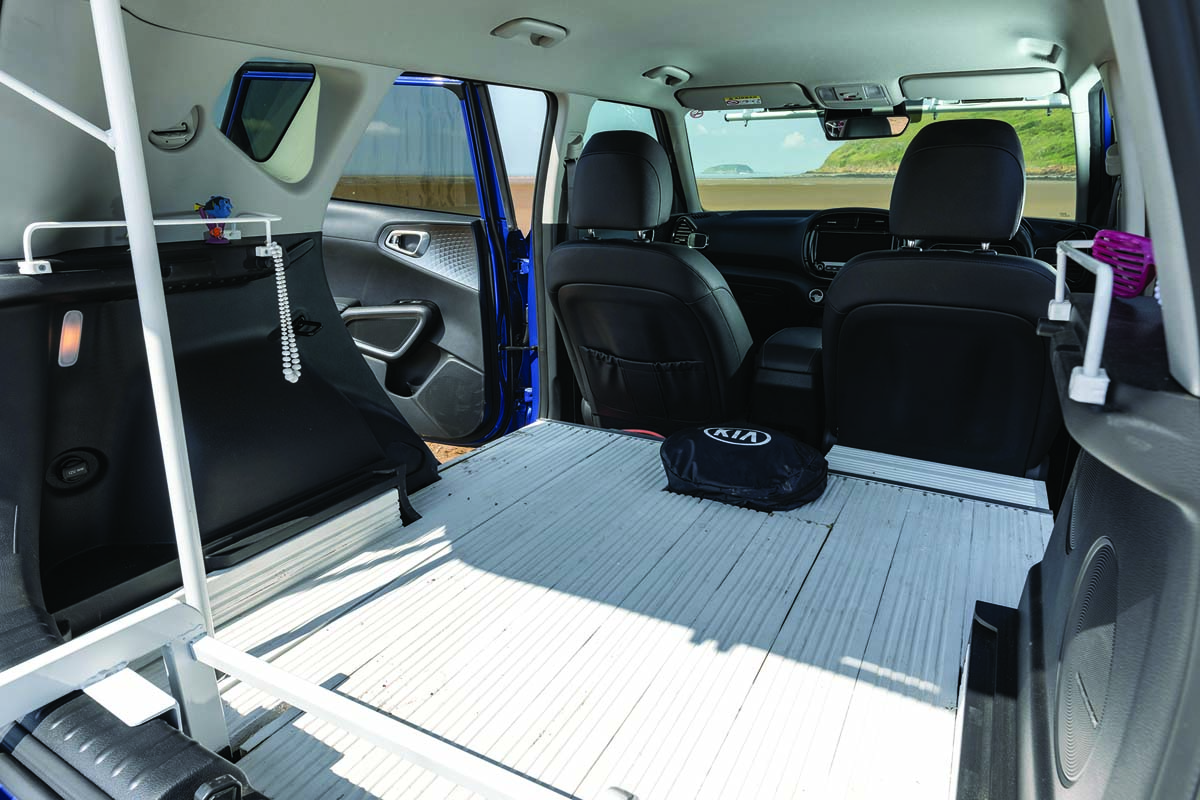 The Boardmasters Edition’s powertrain is identical to the standard Kia Soul EV, comprising a 150kW electric motor and a 64kWh battery pack. However, Kia says the rugged upgrades will have likely trimmed a few miles off the standard car’s 450km maximum range figure. 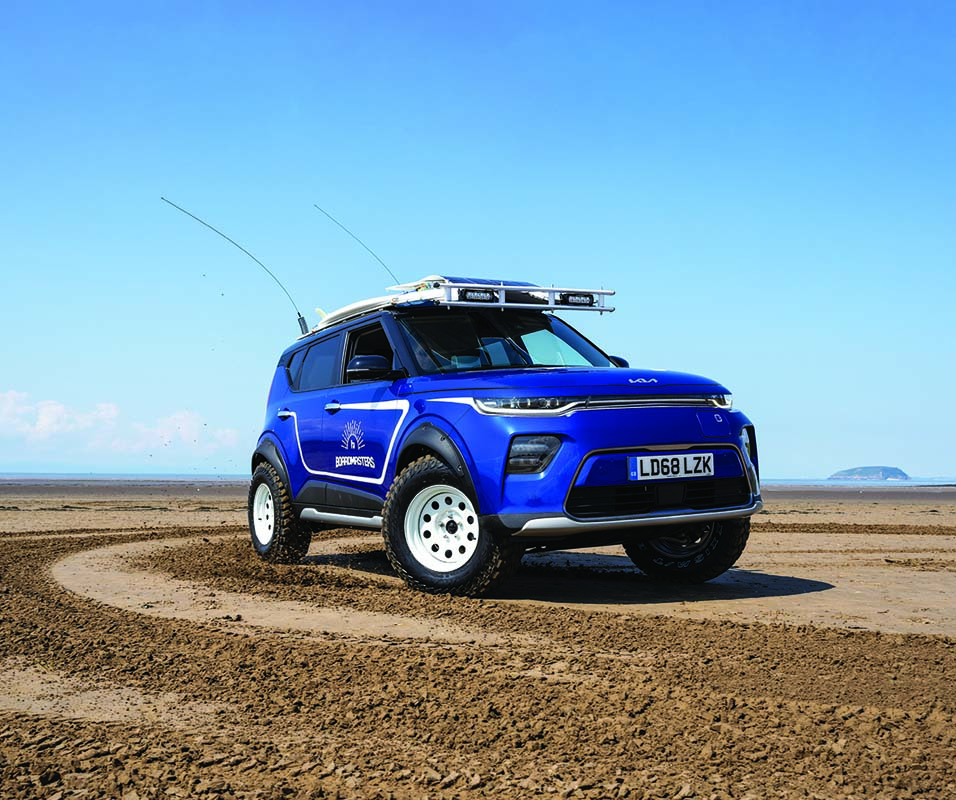 Kia has also tried to build the Boardmasters Edition as ecologically as possible. So, rather than plucking a brand new Soul EV off the production line for the project, only to rip it apart to fit all the modifications, Kia decided to recycle one of its pre-production cars. 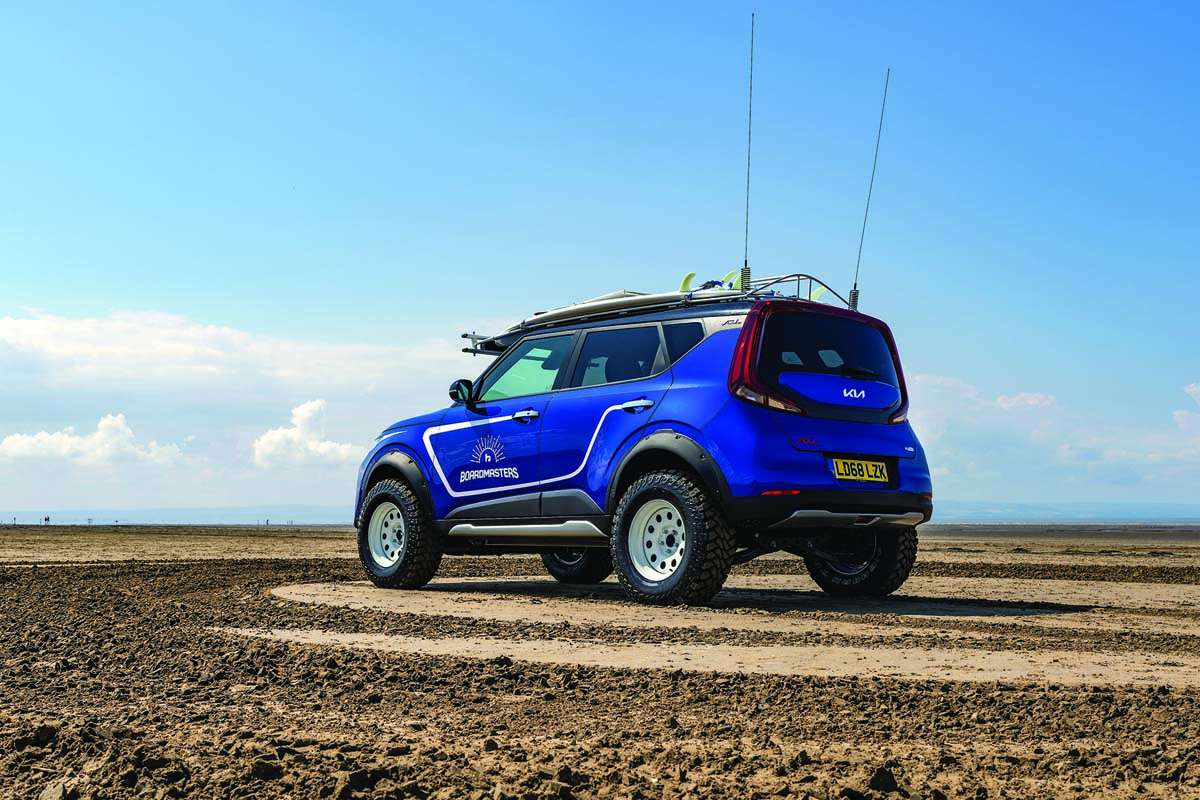 The new steel roof rack was designed to be recycled once it reaches the end of its useful life, while the wooden deck in the rear is made from sustainably felled spruce wood. The fold out bench in the rear is also made from reclaimed wood. 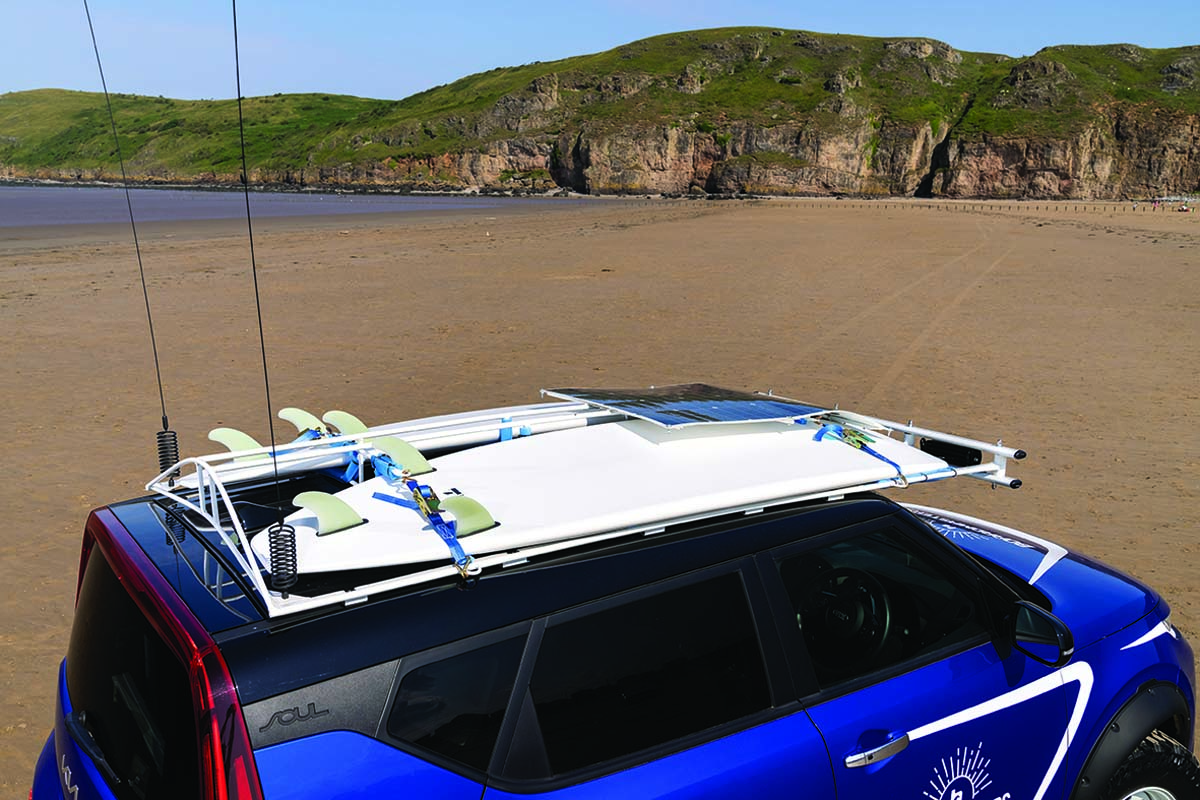 This is the second time Kia has taken one of its pre-production mules and turned it into a one-off concept. The brand’s previous effort was the Kia Stinger GT420, which was a hardcore, track-focussed version of the Stinger GT S. 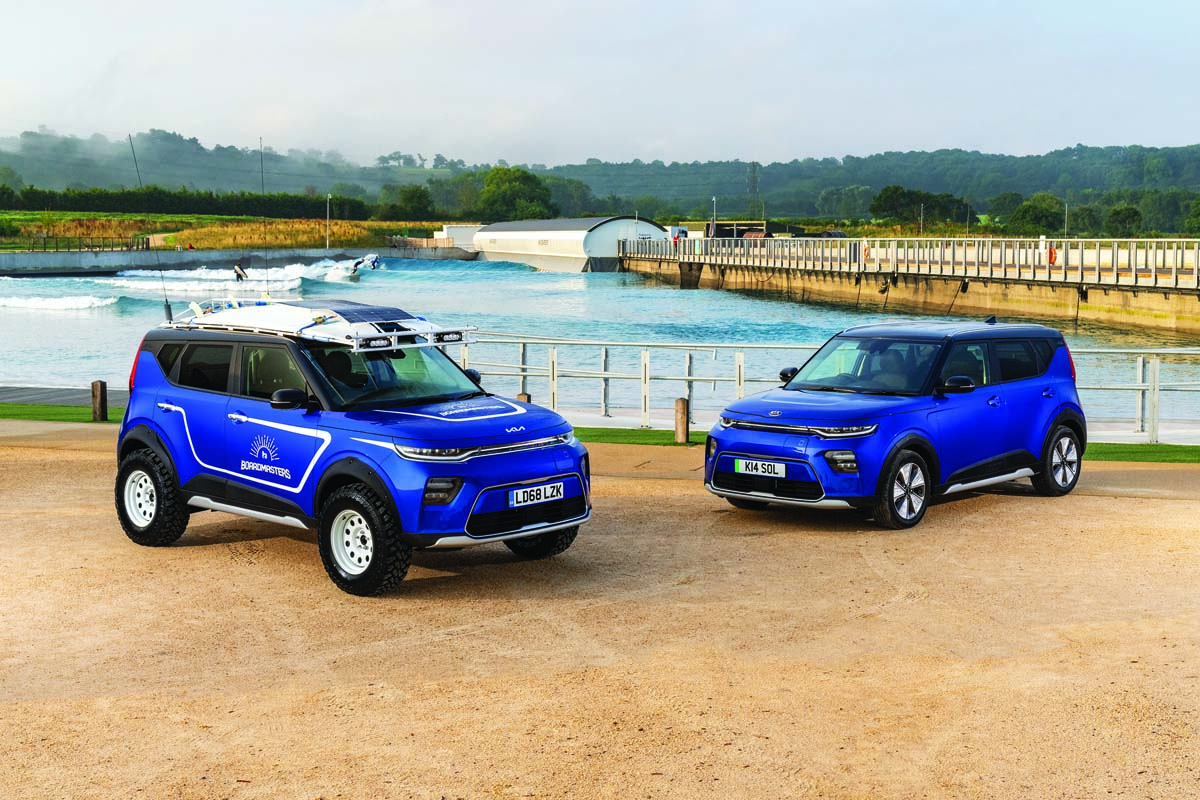 Its birth was a little cheeky, too, as regulations state that pre-production cars have to be crushed once they’re finished with. But Kia didn’t want all of its hard work to go to waste, so the brand claims to have bent those rules with “an unfortunate and mysterious delay in creating the required paperwork.”