The South American puma may not be one of the world’s rarest big cats, but it is rarely seen. For tour operators looking to get intrepid travellers closer to these enigmatic big cats, Jeep’s Wrangler Rubicon proved to be an ideal mount.

For tracking sessions, the guide actually hops in your passenger seat and communicates with any other Jeeps travelling in the group via a two-way hand-held radio.

To assist the expeditions’ puma tracking, each Rubicon is also equipped with a GPS tracker that allows Quasar to monitor your progress remotely as you scour the land for pumas. 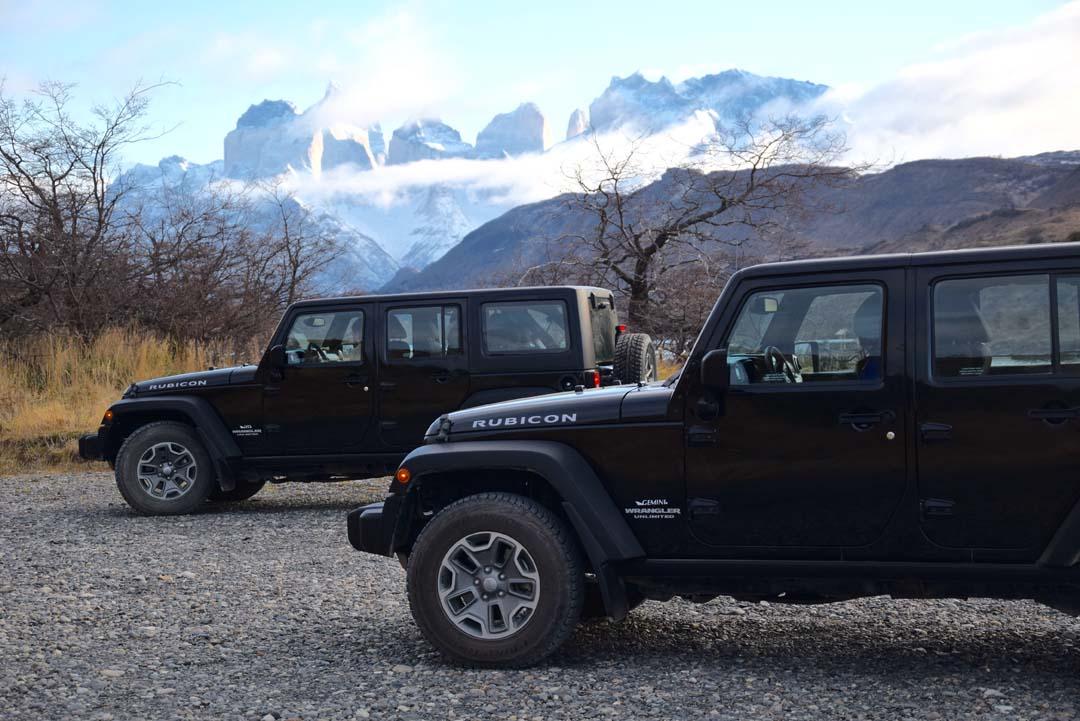 This still mysterious feline predator is widely distributed across the Americas from the Rockies (where it’s better known as a cougar or mountain lion) to the Andes, but its population density is greatest in the windswept wilds of Patagonia.

Long thought of as too elusive for commercial tours, the mountain lions of South America have, in recent years, become the star attraction of a budding “puma tourism” industry.

Local wildlife experts, such as Jose Vargas, lead visitors beyond Torres Del Paine’s photogenic peaks and into some of the more remote corners of this World Biosphere Reserve to give them the same opportunity to spot pumas as they’d have with jaguars in Brazil, lions in Africa or tigers in India.

Because the puma safari crosses one of South America’s most iconic parks there’s a strict speed limit of 60 km/h. This helps protect animals like the guanaco, a wild relative of the domesticated llama that’s as common here as a kangaroo back home. 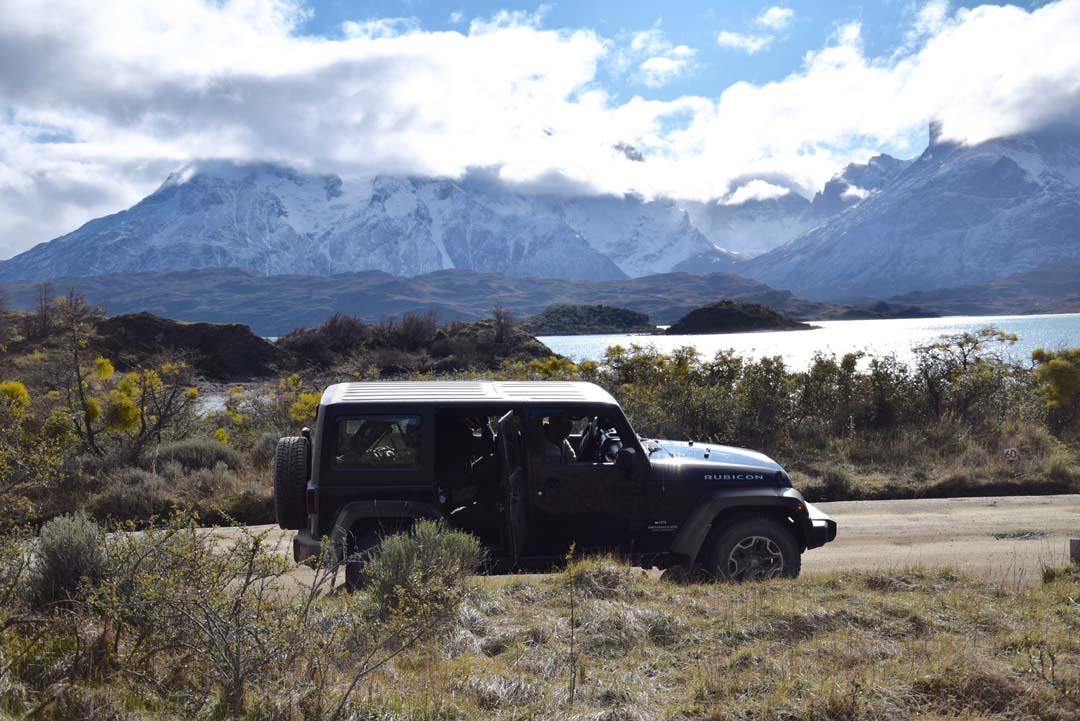 These South American camelids are the puma’s preferred cuisine when it’s not settling for grey foxes, South Andean deer or Darwin’s rheas (a relative of the emu).

Most safaris circle the park to take in a disparate array of microclimates, ranging from the dry pampas of the eastern edge to the sub-polar rainforests and soaring glaciers of the west. Of course, the ultimate goal is to spot a puma in the headlights as you comb the landscape at dawn and dusk, but the challenge of traversing this unpredictable “land of fire and ice” often proves to be the most enduring memory. 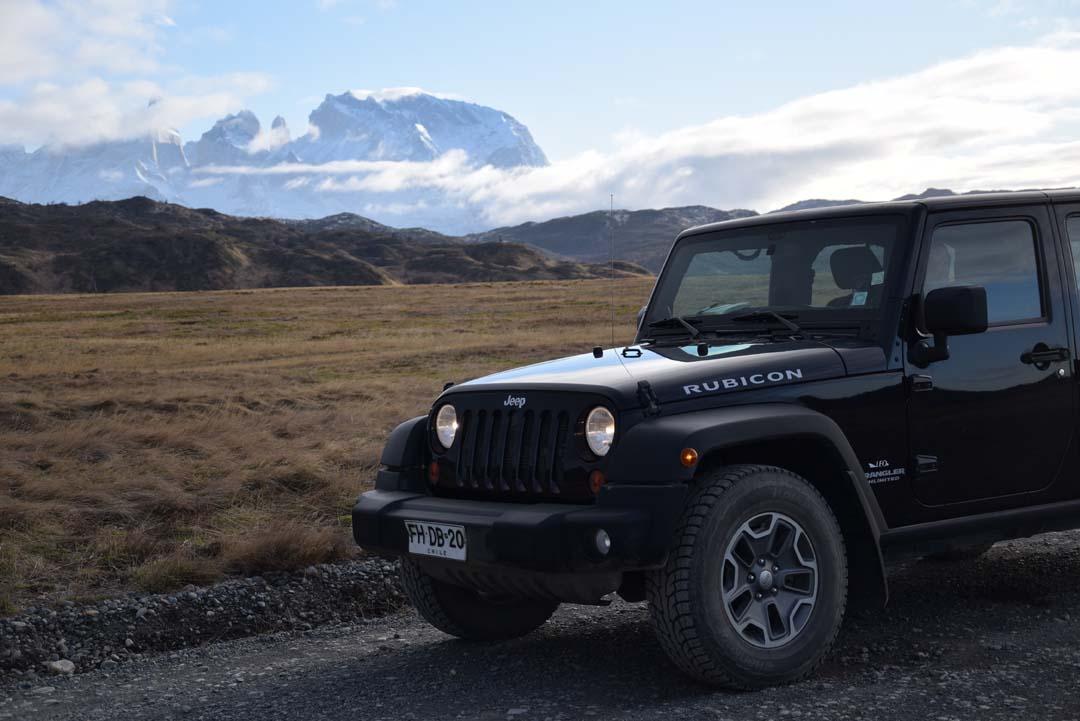 Quasar’s Fernando Diez says the Wrangler Rubicon was chosen for the task of tracking down pumas because it’s equipped with a host of extras that make it ideal for the terrain.

“In Southern Patagonia it’s not uncommon to witness sunshine, wind, rain and even snow in a single day,” Diez explains, “so having a vehicle that can adapt to all those weather conditions automatically is essential for the safety of those on board.”

Some key features that come standard on the Rubicon model used by Quasar for their specialty tours include heavy duty axles, Jeep’s Rock-Trac 4WD system with a 4:1 low-gear ratio and Tru-Lok differentials front and rear. While designed primarily for ultra low-speed rock crawling, Rock-Trac has proven to work well in the wild plains and rugged terrain that defines the Torres del Paine. 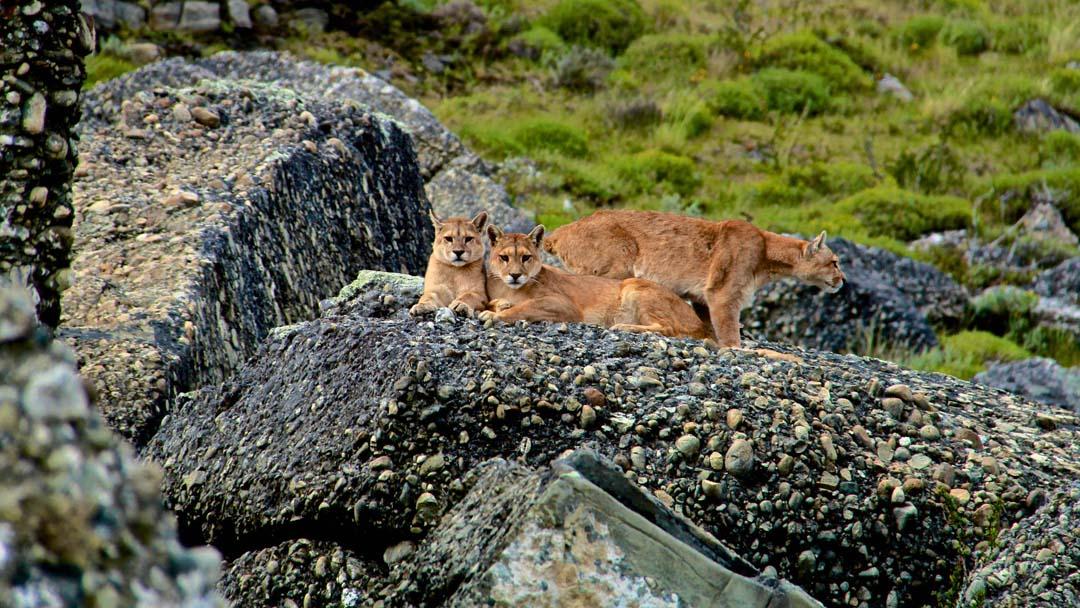 Other Wrangler Rubicon features that have proved their worth in this application are the sway bar disconnect system, rock rails, hill descent control and hill start assist.

“In addition to this, the Wrangler is the only Jeep model that comes standard with an integrated roll-bar system,” Diez adds. “These roll bars, in the end, are what will keep you safe in the case of an accident where the vehicle could turn over.”

When the Rubicon starts losing traction in a corner or in very bumpy terrain, it immediately activates the traction control in all four wheels to stabilize the vehicle and get it back under control. Diez believes this feature alone has prevented several accidents (“or at least several scary situations”) in the three seasons the company has operated in the park. 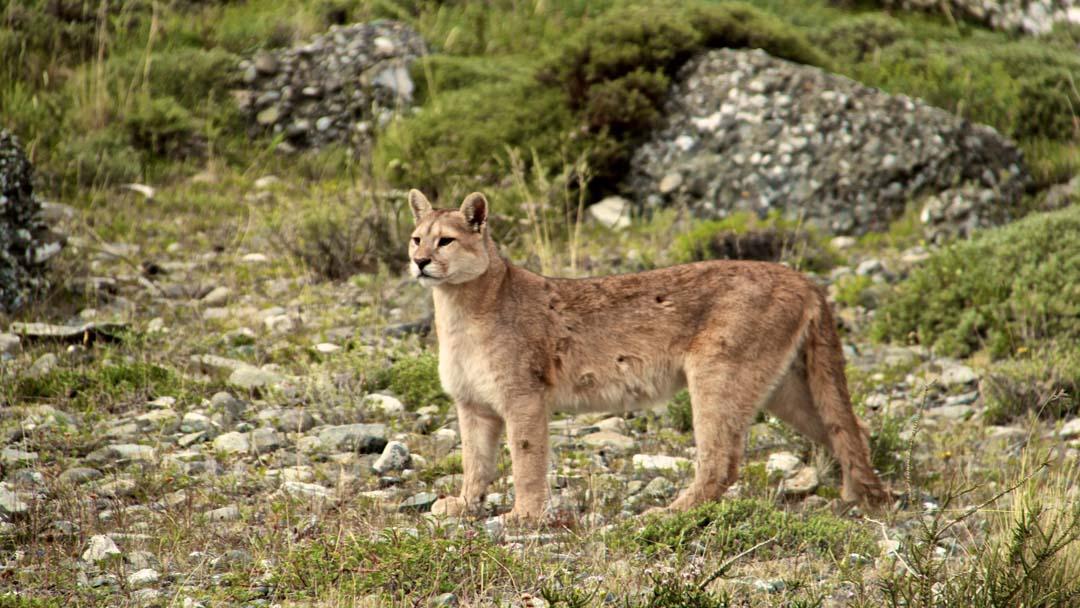 In search of Pumas

My puma safari in August, 2015, took three days and came during the wetter months of Patagonia’s winter. The Rubicon proved to be a real “four-seasons” machine as it breezed over a thick blanket of pearl-white snow and never once lost traction. That’s no doubt thanks to the Rock-Trac 4WD, which provided the vehicle with greater torque at the wheels.

There’s no asphalt in Torres Del Paine (all paths are either gravel or dirt) and the ruts in the road left over from heavy rains were the most difficult aspect of the terrain. They required a bit of jostling to avoid getting stuck in deceptively deep pools of coffee-brown mud, but the Tru-Lok front and rear electronic locking differentials helped balance speed between left and right wheels so the vehicle could maintain forward momentum and optimum traction.

As for the puma spotting – If you are lucky one might dash in front of the Rubicon 20 minutes into your first outing. The way they maneuver their muscular body up rocky hills is a sight to behold, matching the versatility of the Jeep.