Jeep’s ‘Trail Rated’ badge debuted nearly two decades ago, but what does it mean?

Many think that a Jeep that’s trail rated must have completed the Rubicon. Not quite.

When a collegue asked a Jeep chassis engineer whether to gain a Trail Rated badge the Compass had completed the Rubicon Trail. It hasn’t. But, just to put you out of your misery, to be eligible for a Jeep Trail Rated badge, the vehicle doesn’t have to go anywhere near Rubicon, but it does need to be a 4×4…

We looked back into the archive and dragged out Jeep’s release when it launched the Trail Rated badge in October 2003. 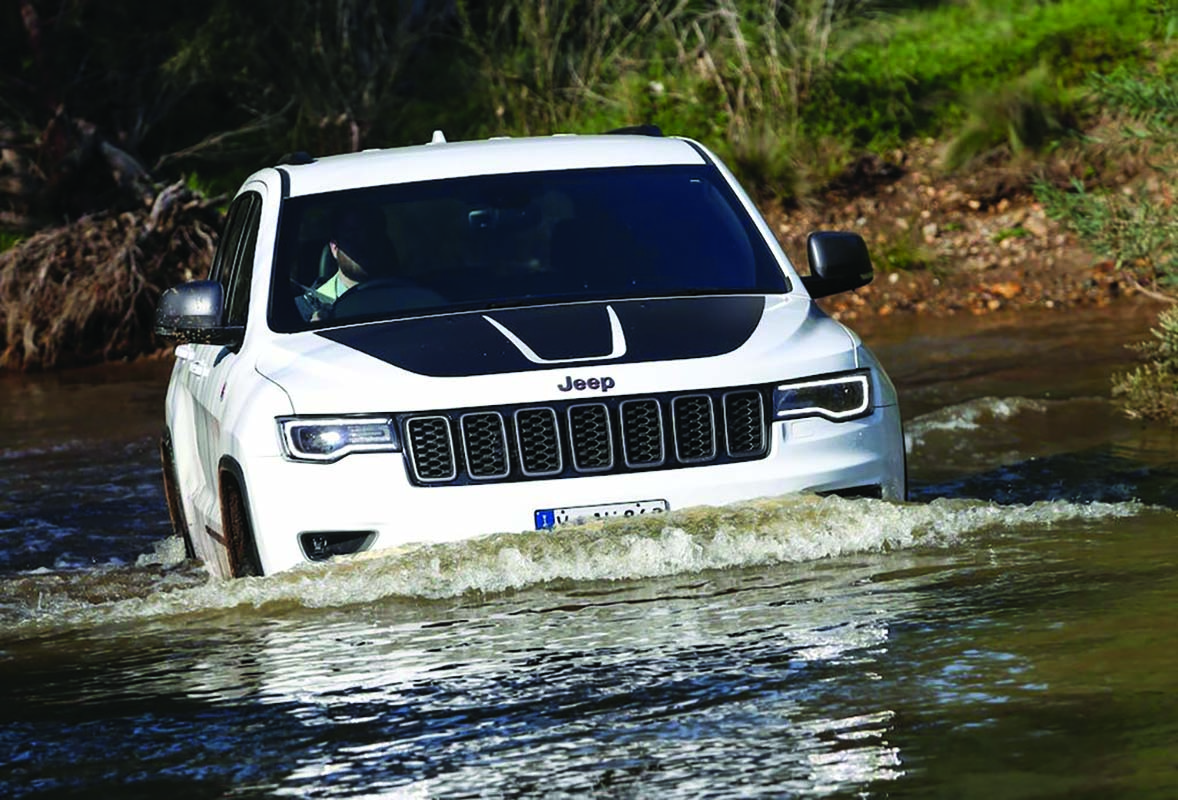 “Jeep Trail Rated is an industry-leading methodology to objectively measure and predict off-road performance for all Jeep vehicles,” said Jeff Bell, who was Vice President Jeep, DaimlerChrysler Corporation. “We created Jeep Trail Rated to communicate the legendary Jeep capability that is designed into every Jeep 4×4.

“Jeep Trail Rated is supported by the Nevada Automotive Test Center (NATC), which has 45 years of off-road vehicle testing experience, including the creation of standards for the U.S. military. 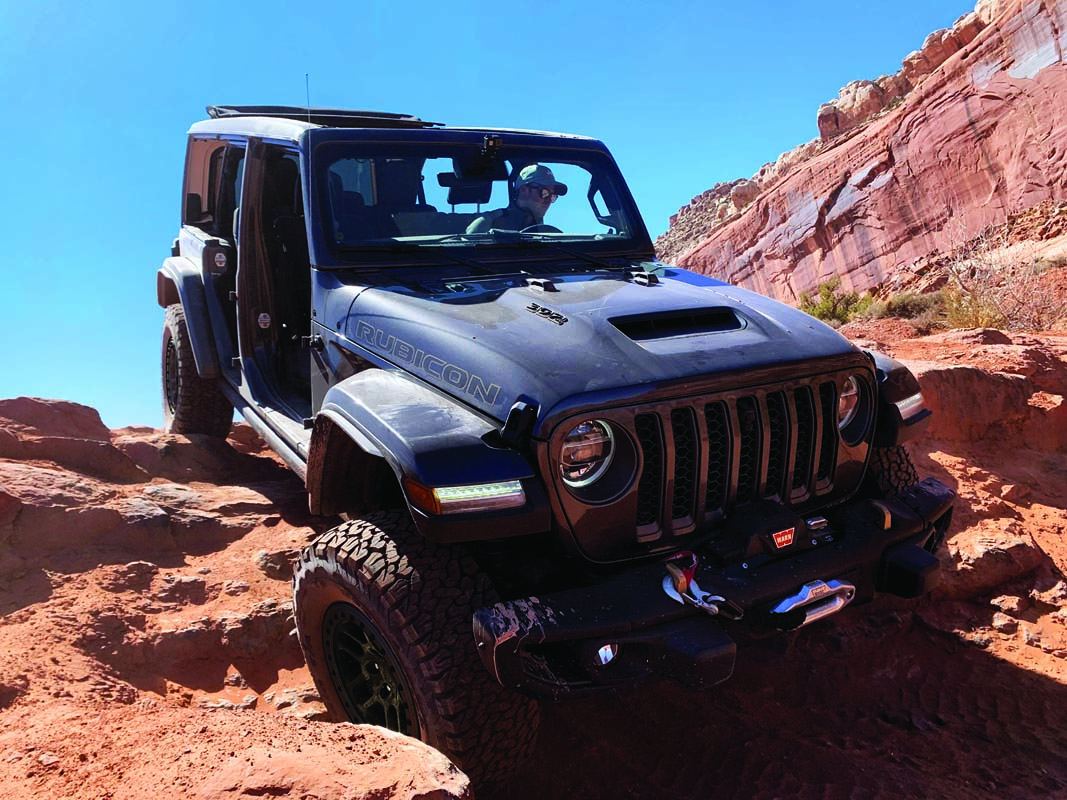 “The new Jeep “Trail Rated” badge indicates that every Jeep 4×4 has been designed to perform in a variety of challenging off-road conditions identified by five key consumer-oriented performance categories, including Traction, Ground Clearance, Manoeuvrability, Articulation and Water Fording.”

Okay, let’s just unpack the above… First up, what is the Nevada Automotive Test Centre (NATC)? This is a facility that was founded in 1957 to allow car makers access to a secure test location/facility, with on-site engineers and testing equipment and terrain that simulated terrain from around the world. 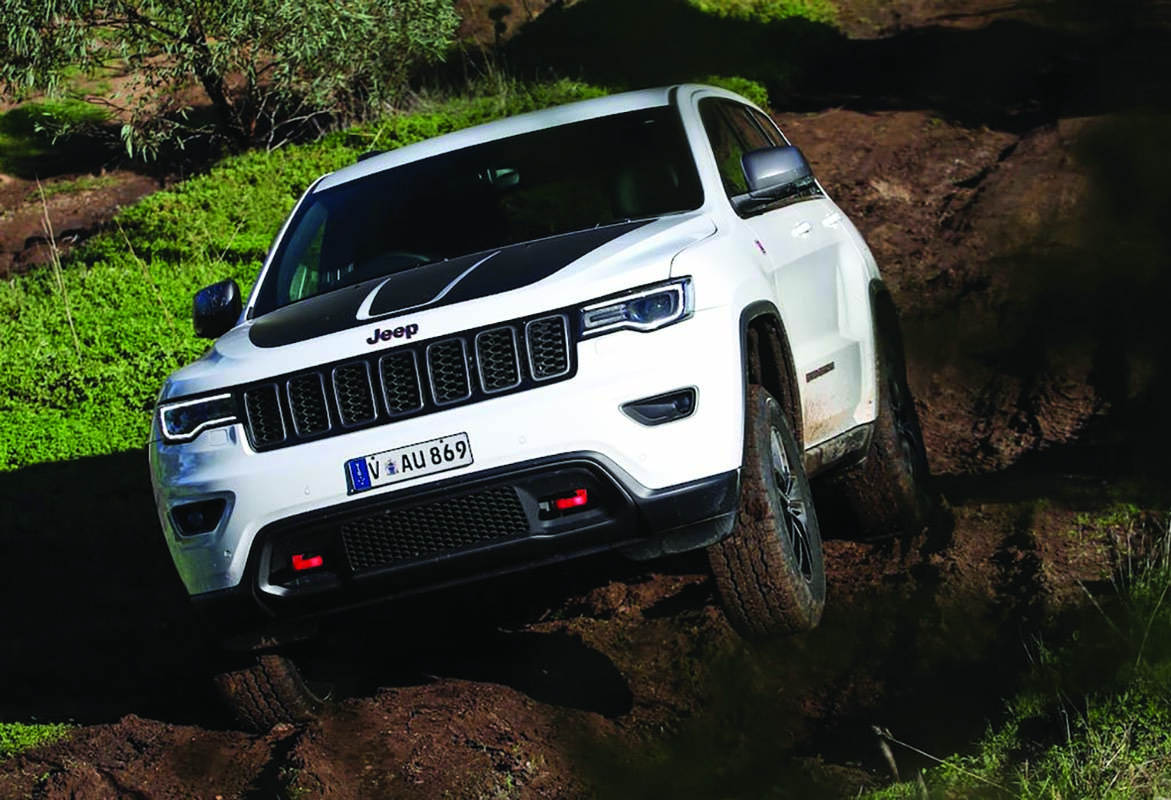 According to NATC, “Terrain analogs have been established for representative areas in Turkey, Israel, and other locations in the Middle East; China, Indonesia, Pakistan, Malaysia and other areas in the Far East; and terrain representative of the North German Plain and central Europe. These areas are all within the contiguous test boundaries of NATC. The amount and variation of terrain is extensive, and virtually any required terrain configuration can be simulated naturally without major construction cost. Test course conditions are controlled to provide year-round consistent and repeatable input. 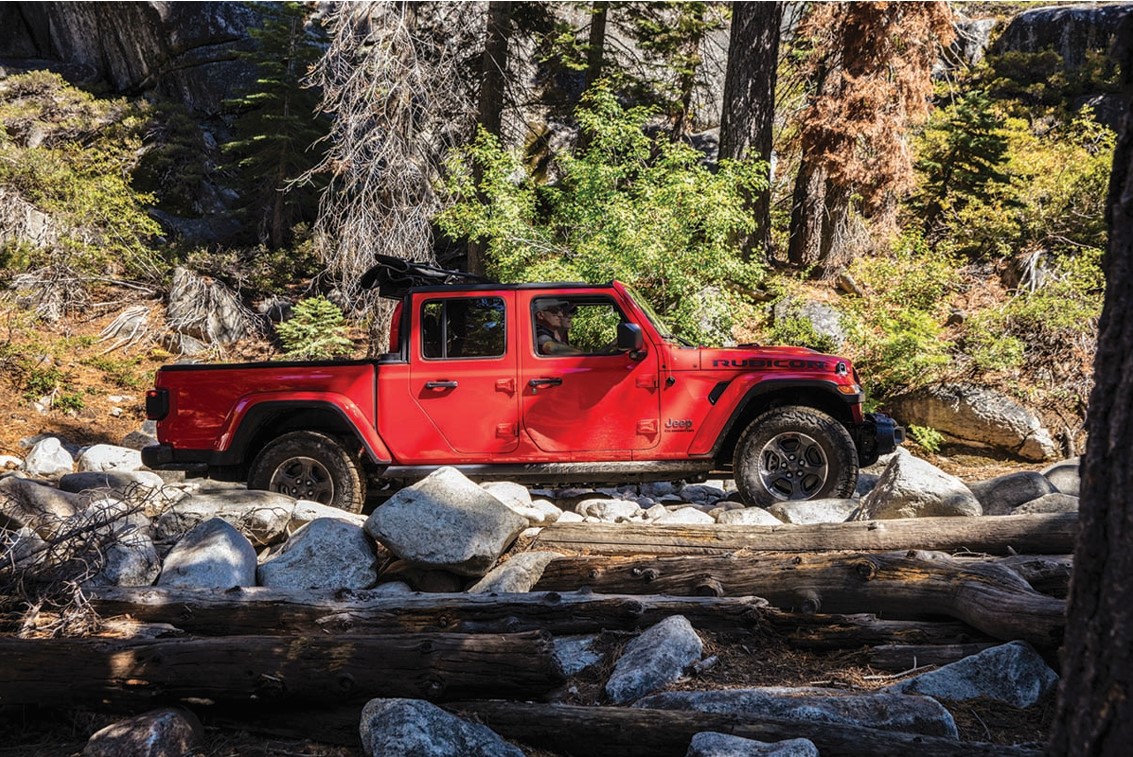 NATC and Jeep tweaked the NATC vehicle-trail rating classification system to determine the capability of various Jeeps but it’s almost impossible to determine what the testing methodology is because NATC claims it to be a proprietary testing method. So, while the five major test criteria for Trail Rated are Traction; Water Fording; Manoeuvrability; Articulation; and Ground Clearance it’s unknown what a Jeep needs to score in NATC testing to be deemed fit for the Trail Rated badge, and Jeep won’t say exactly either. 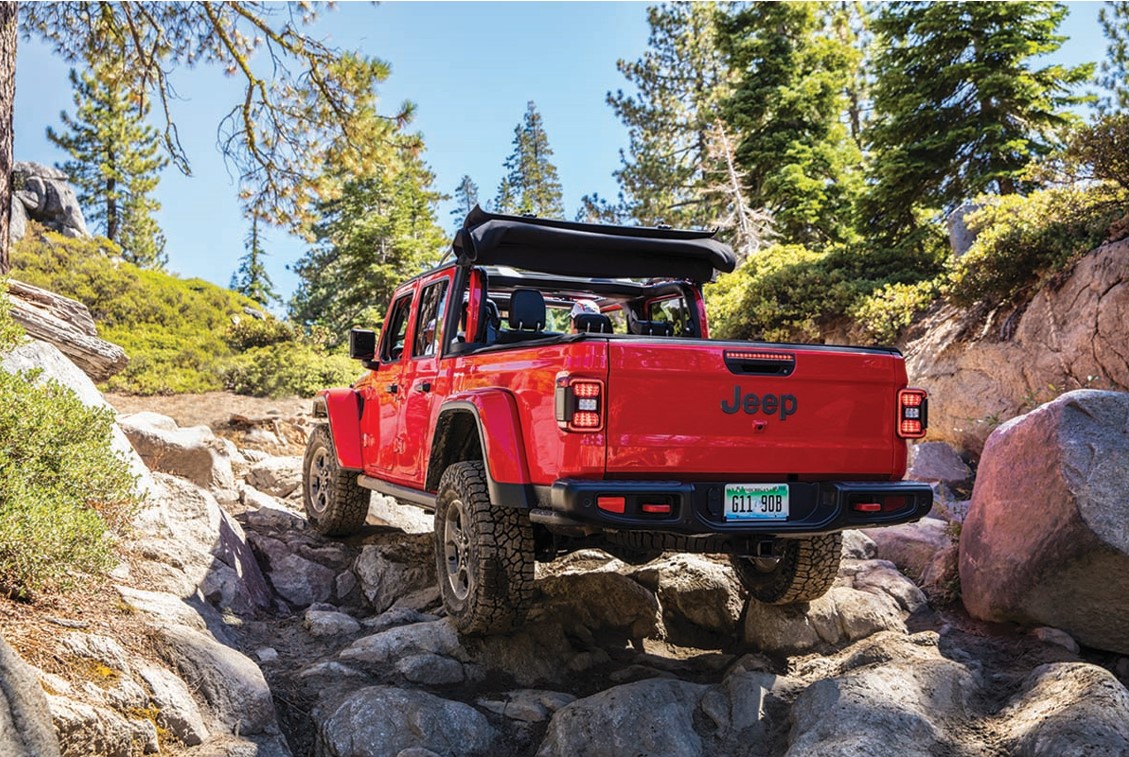 Basically, what the Trail Rated badge means is that the vehicle has been put through its paces at the NATC test facility and passed each of the driving scenarios it’s been subjected to. Under the NATC testing protocol there’s no prerequisite for the vehicle to have stronger, red tow hooks, or improved approach and departure angles, or bash plates, but that these modifications for the Trail Rated Jeeps are part of the NATC recommendations with advice on how they would affect the vehicles performance both on and off-road.

Generally, the Trail Rated Jeeps are modified with things like a different front and rear bumper for improved approach and departure angles, bash plates underneath for underbody protection, and more aggressive tyres. It’s selling the sizzle of off-roading… 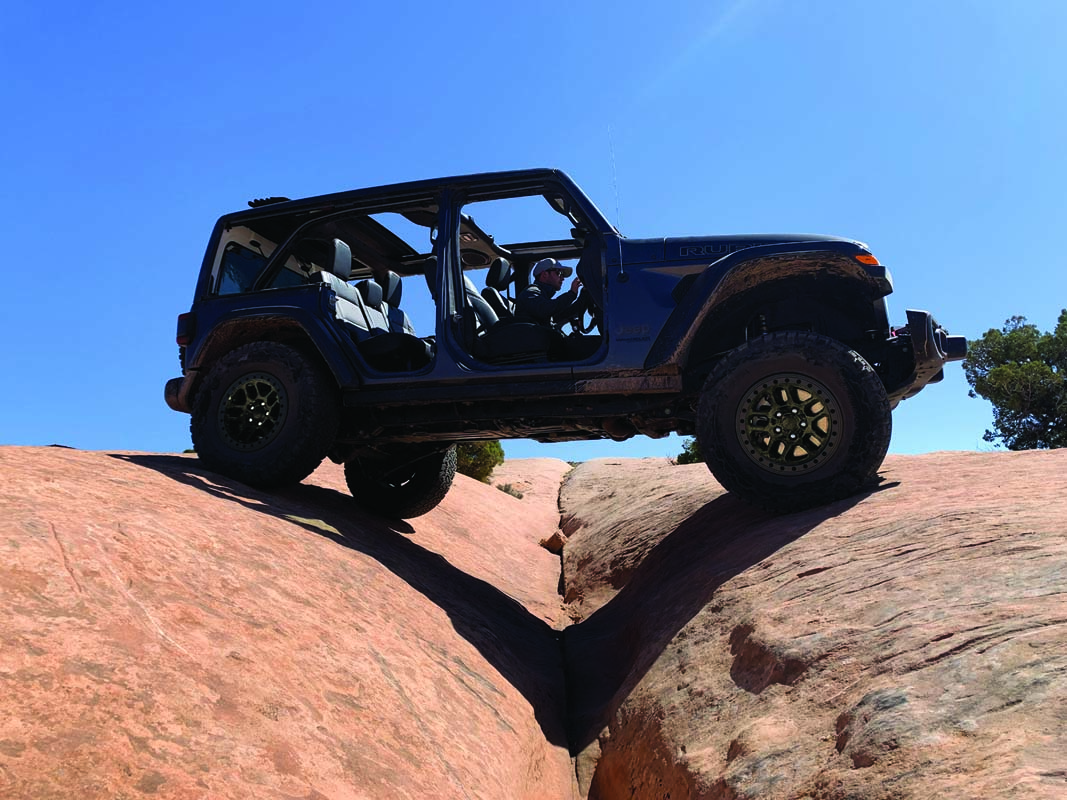 So, does this mean that Jeep’s Trail Rated vehicles are the most capable in their segments? Not necessarily, see the Trail Rated badge just means the vehicle has been subjected to ‘independent’ testing by NATC on terrain representing the five test criteria. But, without knowing how the scores are correlated or the performance of other brand’s vehicles on the same course, then owners should simply view the badge as a mark that, yes, the capability of their vehicle has been tested and deemed to have passed. But just what those capability standards are is unknown.

So, Trail Rated as some might suggest is not smoke and mirrors or a mere marketing ploy, it’s an actual certification process, but how and where the standards are measured is unknown.

So, why is the Rubicon considered to be so vital to the Jeep image? Well, in 1953 a bunch of Jeep owners in Georgetown decided to organise a Jeep get together and drive on the Rubicon Trail to Lake Tahoe. These days, that event is known as Jeepers Jamboree 1 and a gathering has been held every July ever since.

The actual Rubicon Trail is only 35.2 kilometres long but it’s strewn with rocks and boulders and rated as a 10 on a scale of 1-10.