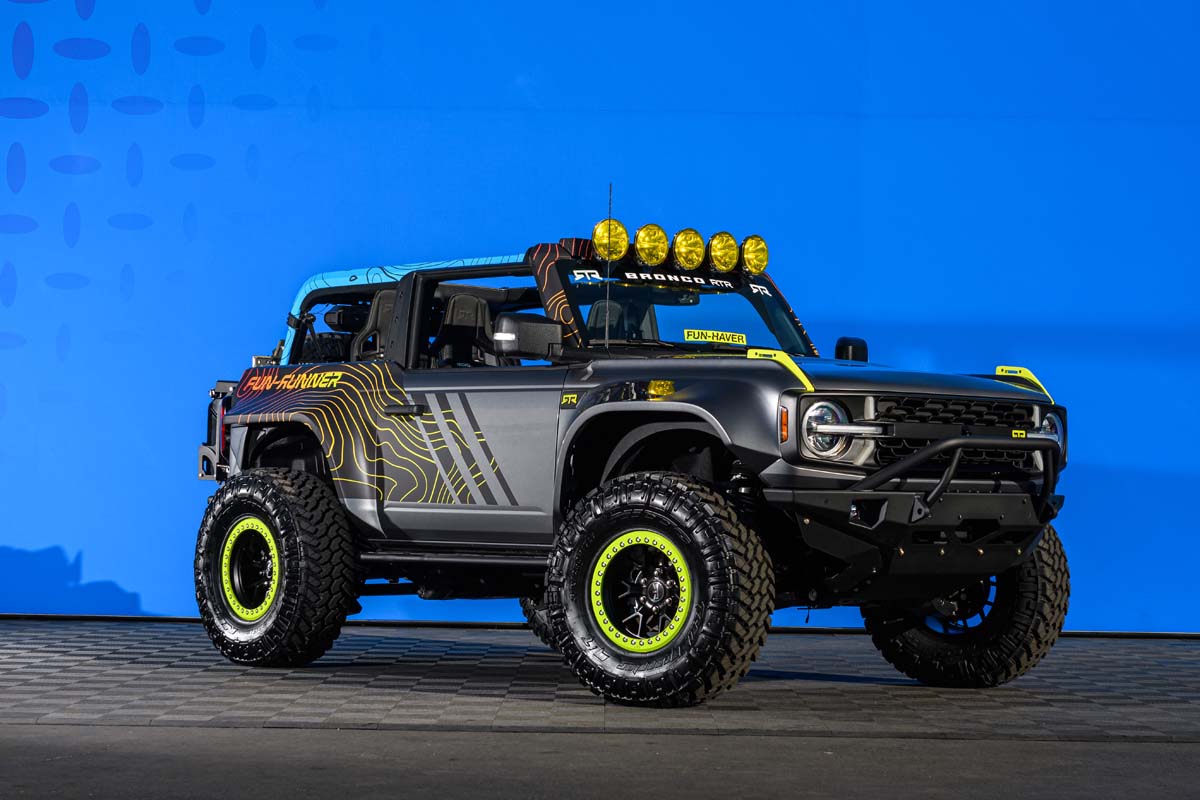 The biggest trade event of its type in the US, the annual SEMA (Specialty Equipment Market Association) Show presents the latest from the automotive aftermarket industry. Most stallholders at the massive trade show have modified vehicles on their stands to demonstrate the parts they sell, making SEMA something of a custom car show, too.

The subjects for these customs can be based on any and every type of vehicle, but often, it’s the “hot” new vehicle of the moment gets the most attention. In 2021, that was Ford’s all-new Bronco.

While plenty of companies had a Bronco as their attention-grabber, Ford commissioned six custom creations themselves for SEMA 2021 as part of a wider display of 40 unique Ford-based project vehicles.

One of those was the ‘Fun Runner’, created by Gittin Jr’s RTR Vehicles to showcase their own product range, as well as gear from Ford Performance Parts and Ford Licensed Accessories. 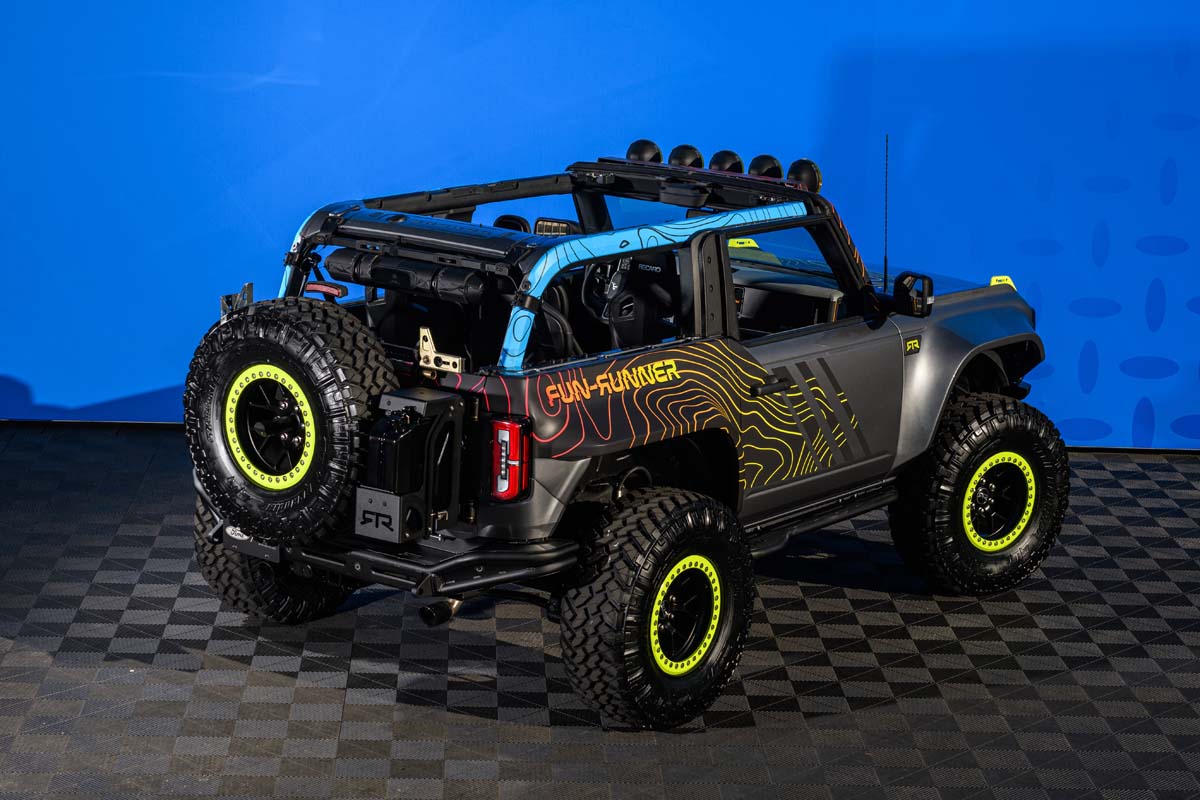 Based on a 2021 two-door Badlands series Bronco, the Fun Runner features a custom RTR and Ford Licensed Accessories sound bar, paint protection film and sill plates as its most obvious variations over a stock Bronco Badlands.

From the Ford Performance Parts catalogue, a sports exhaust with twin black chrome tips was added to give the Bronco’s 2.3-litre EcoBoost turbocharged four-cylinder petrol engine a more powerful sound. A performance intake system was added, too.

In creating the Fun Runner, RTR Vehicles say they’ve increased the capability and performance of the two-door Bronco Badlands, while also setting it apart with signature styling, attitude and approach to functional needs.