When a Bronco Sport custom build from CGS Performance Products for the 2021 SEMA automotive aftermarket trade show didn’t come to fruition, Ford filled the void with one of their own hardcore creations, based on the two-door Bronco Badlands. 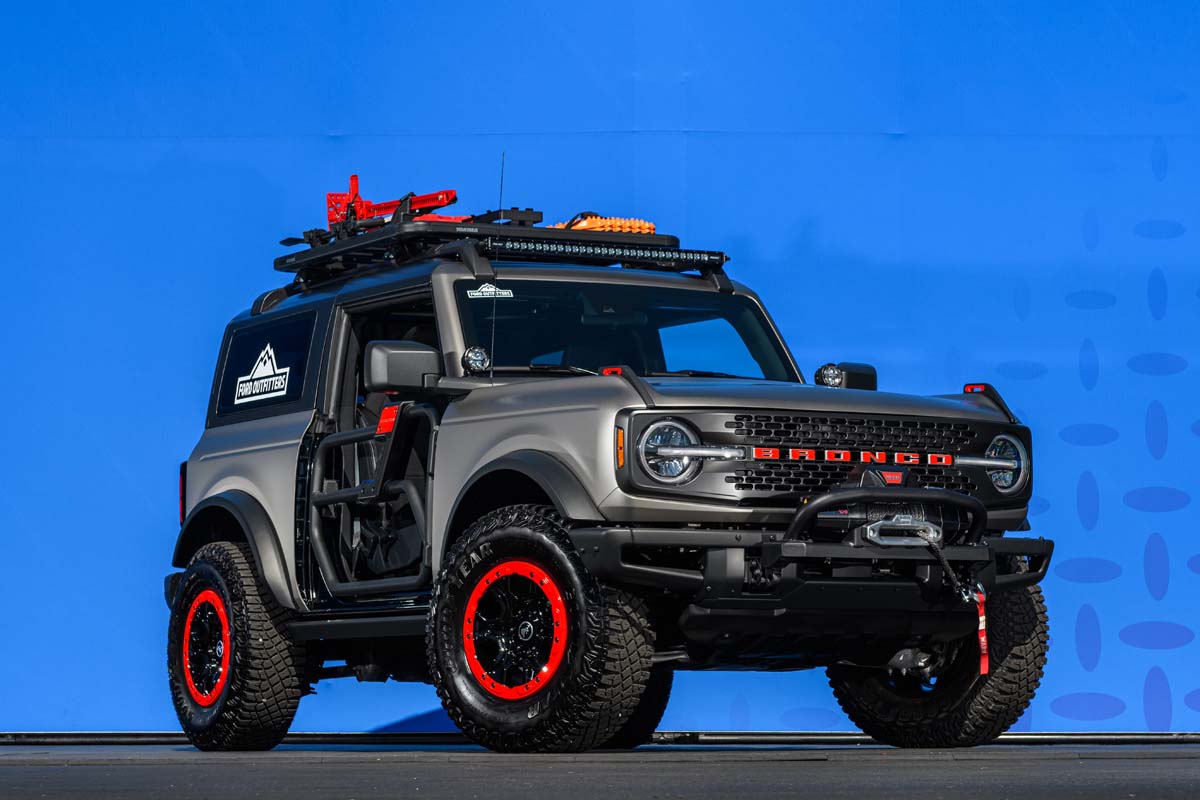 At last year’s SEMA (Specialty Equipment Market Association) Show, Ford seemed to be everywhere, with their presence extending beyond the undercover exhibition space at the Las Vegas Convention Centre to include the ‘Ford Out Front’ outdoor display and the ‘Bronco Mountain’ extreme gradient capability course.

Given it’s the hot new 4x4 of the moment, Ford’s all-new Bronco was everywhere, too.

Stock and racing Broncos – old and new – were on show at Ford Out Front, while within the confines of the Convention Centre, there were a LOT of accessorised new Broncos on show. 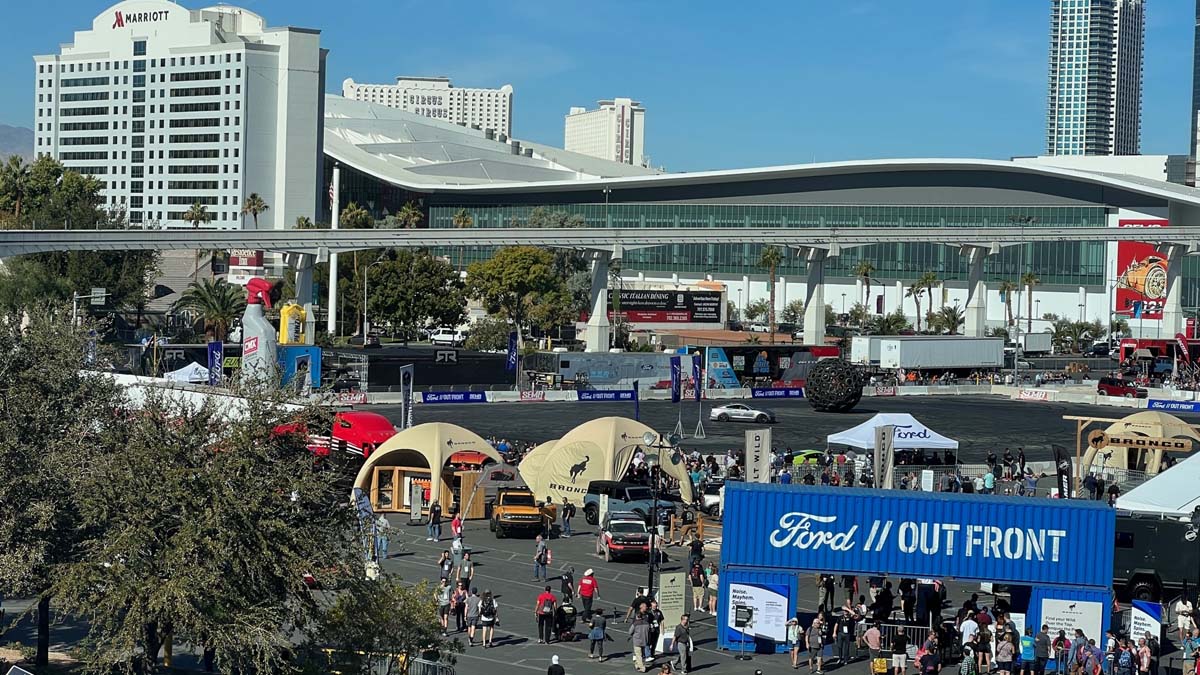 While plenty of companies had a Bronco on their stand as an attention-grabber, Ford commissioned six custom creations from trusted partners - as part of a wider display of 40 unique Ford-based project vehicles - to showcase Ford Performance Parts and Ford Licensed Accessories.

“We designed Ford vehicles to be easier to customise, with installation points and aftermarket accessories engineered from the start of the design process,” said Eric Cin, Ford global director, vehicle personalization, accessories and licensing.

“We work actively with the aftermarket to share our product designs so customers can personalise and put the finishing touches on their vehicle to make it all their own.” 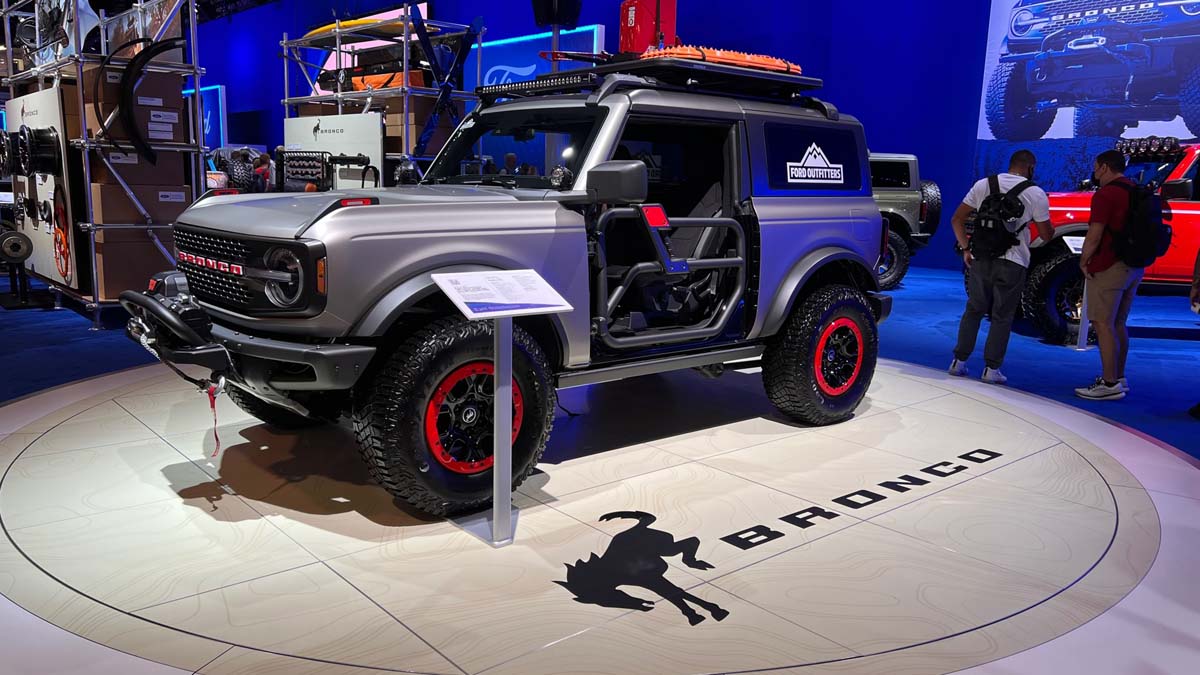 There’s not a lot we can share with you on this vehicle, as it was a last-minute addition to Ford’s lineup of custom vehicles for SEMA, replacing a Bronco Sport build from CGS Performance Products that was previewed ahead of the 2021 show but not presented.

While described as coming from ‘Ford Outfitters’, some online Bronco forums have suggested the creation featured here is actually one of the prototype Bronco two-doors dating back to 2020 and originally appeared mostly as you see here, but was given a colour change – from black to metallic silver – as part of a visual makeover for SEMA. 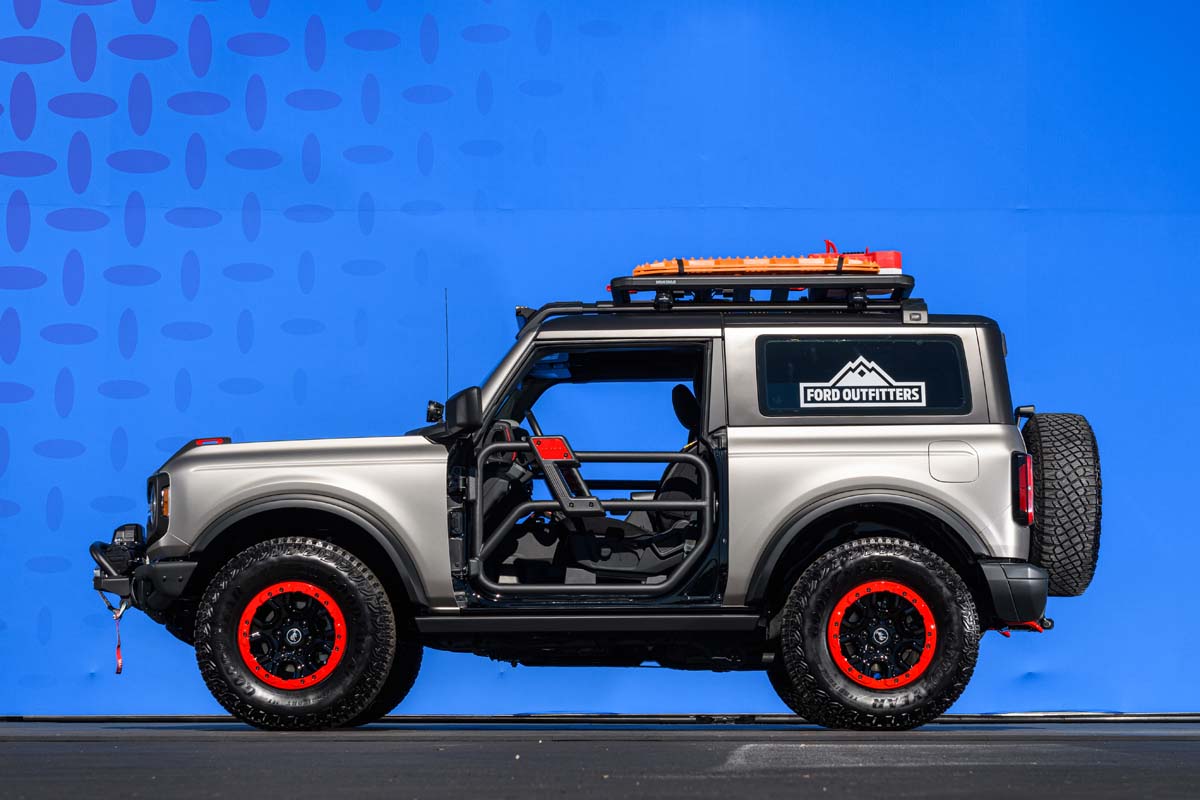 Most of the kit on this Bronco Badlands appears to have been taken from the factory accessories catalogue that numbered 350 products at last count.

The most obvious changes are the tube doors, which are factory accessories, as are the beadlock wheels, which have been accented in red and shod with Goodyear Territory MT tyres.

Rigid Light Shop LED auxiliary lighting features on the A-pillar and roof, with a Yakima roof rack visible, too.

At the front end, there’s a bumper and mount for a WARN Industries Zeon 10S winch, while the ‘BRONCO’ identification in the grille and eyelets on the front guards have been accented in red. Like the red trim on the beadlock rims and doors, these are not a factory feature, but an eye-catching touch all the same. 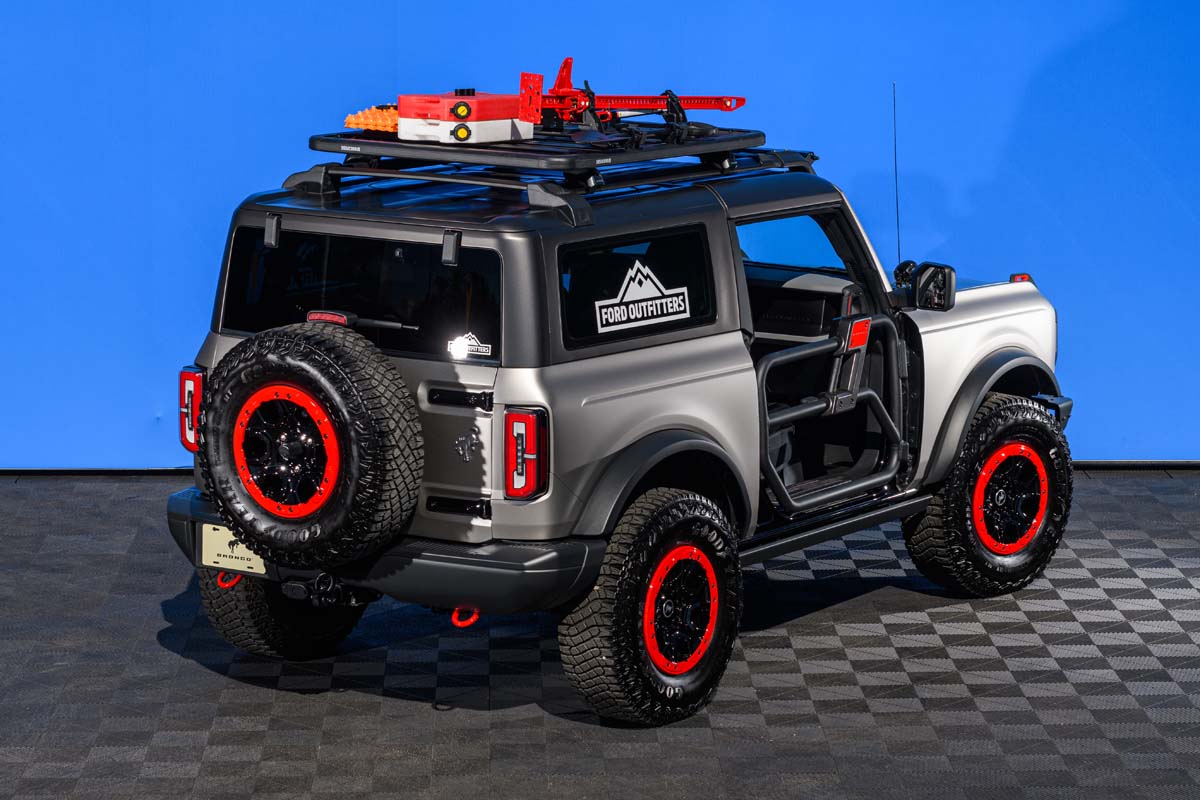 “Bronco and Bronco Sport customers love parts and accessories that emphasise performance and the off-road lifestyle, so we worked closely with Bronco design and vehicle engineering to deliver the products to match their individual lifestyle,” said Eric Cin, Ford global director, vehicle personalisation, accessories and licensing.

The SEMA Awards are industry-judged and recognise the best new vehicles for personalisation and customisation.