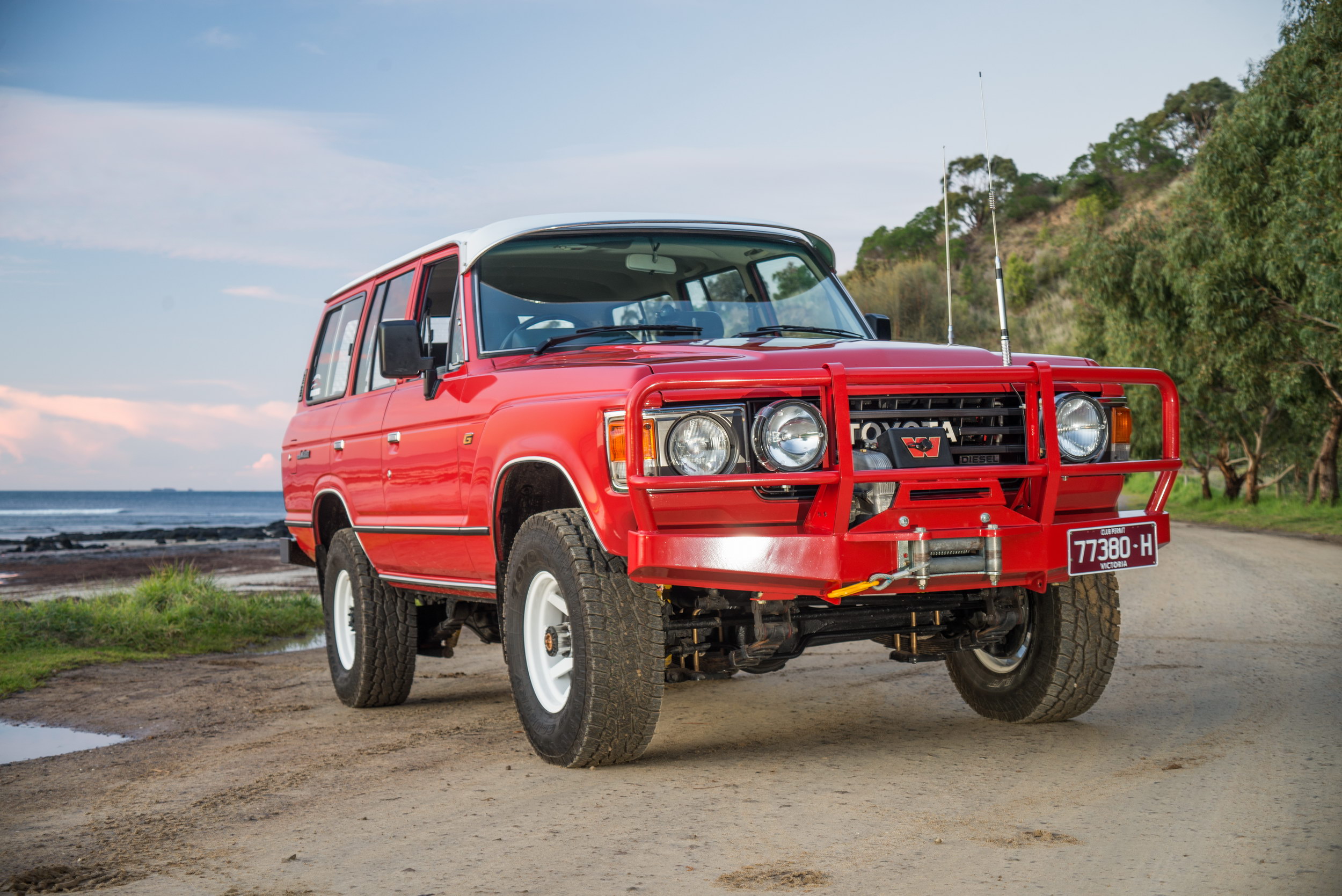 THIS STORY began more than three decades ago. But what started as a tale of a family exploring our Big Brown Land but in 2010 came to a graunching halt as the family’s beloved Toyota LandCruiser 60 Series crashed into a tree becoming a mangled mess.

But, like the greatest Hollywood blockbusters, the owner, Maarten, refused to give up and the heroine was raised from the pile of mangled metal, restored to all its former glory. 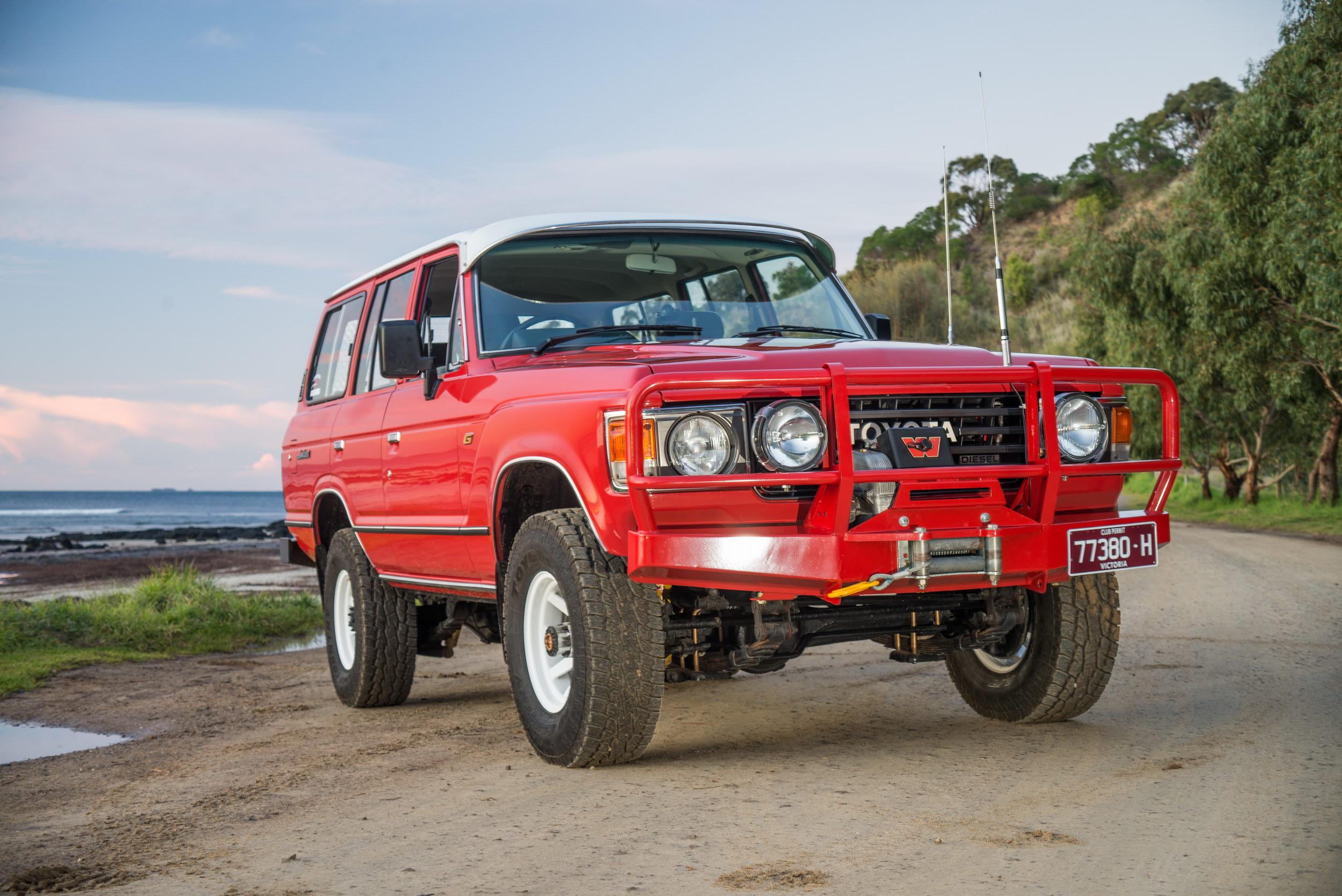 Australia and the 60 Series

Introduced to the Australian market in 1980, the 60 Series Toyota LandCruiser replaced the aging FJ55. Along with it came a whole swag of options to cater for the fledgling off-road touring market. An automatic transmission, rear heater and air conditioning were just a few of the extra cost options available with the tick of the pen at your local Toyota dealership.

The 60 Series was the last of the “comfort-oriented models” to see leaf springs at both ends. With the 80 Series, introduced around 1989, coil spring were fitted, with the leaf springs never to return. 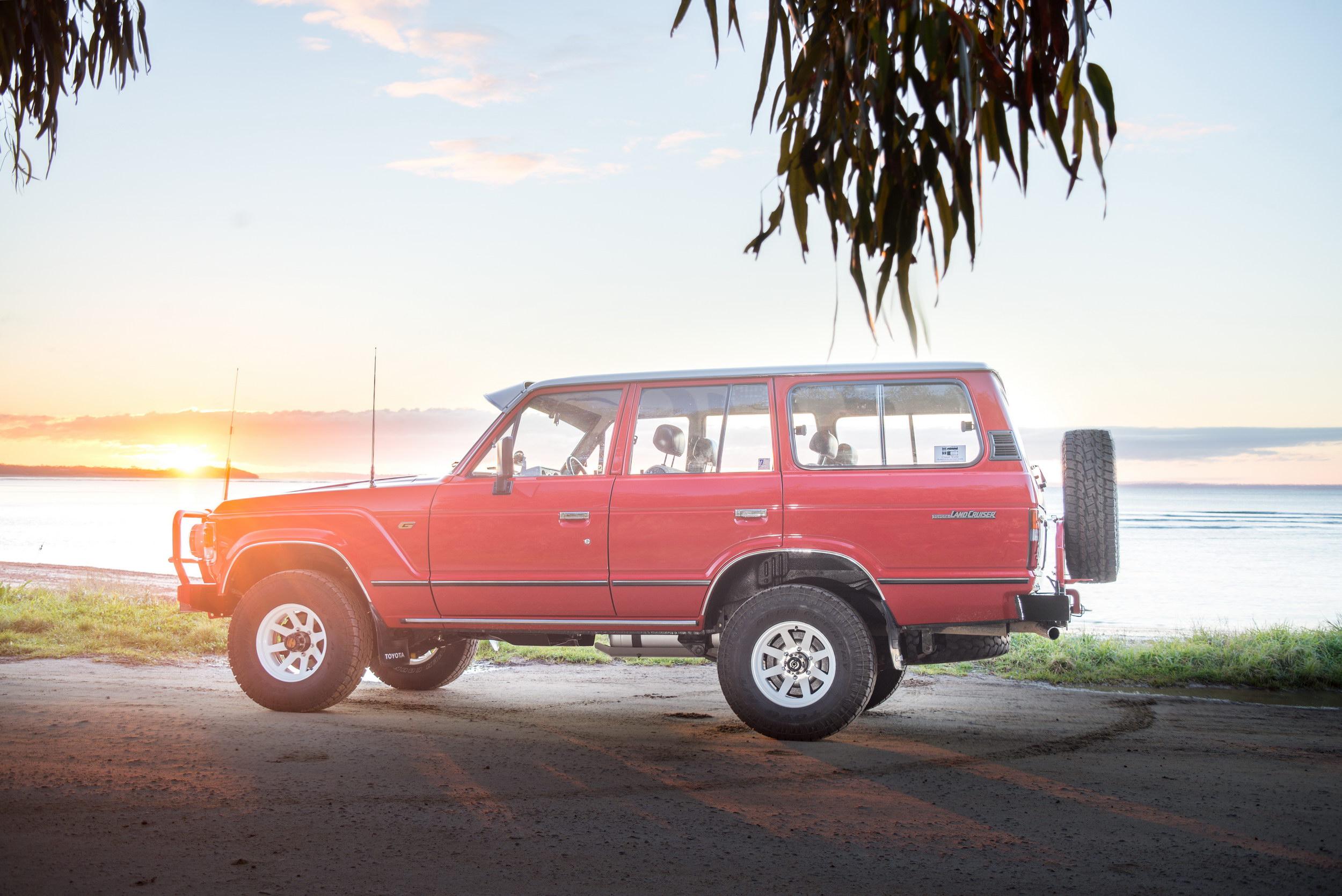 After purchasing the ‘Cruiser fresh off the showroom floor at Yarra Valley Toyota in 1987, the red 60, with minimal touring mods was put to work showing Maarten’s family of Mum, Dad and two children the backroads of Australia.

The red 60 has visited Fraser Island (where it almost met an untimely demise in a watery grave!) and has made the journey across the Nullarbor Plain to introduce the family to Albany, Kalgoorlie and Perth.

Fast forward to 2010. A tragedy. The 60 Series careered off the side of road, down a steep hill and came to rest hard up against a tree that was the death of it, or so Maarten initially thought. You couldn’t have blamed Maarten and his family for giving up at this point, after all there is also a 100 Series in their driveway. 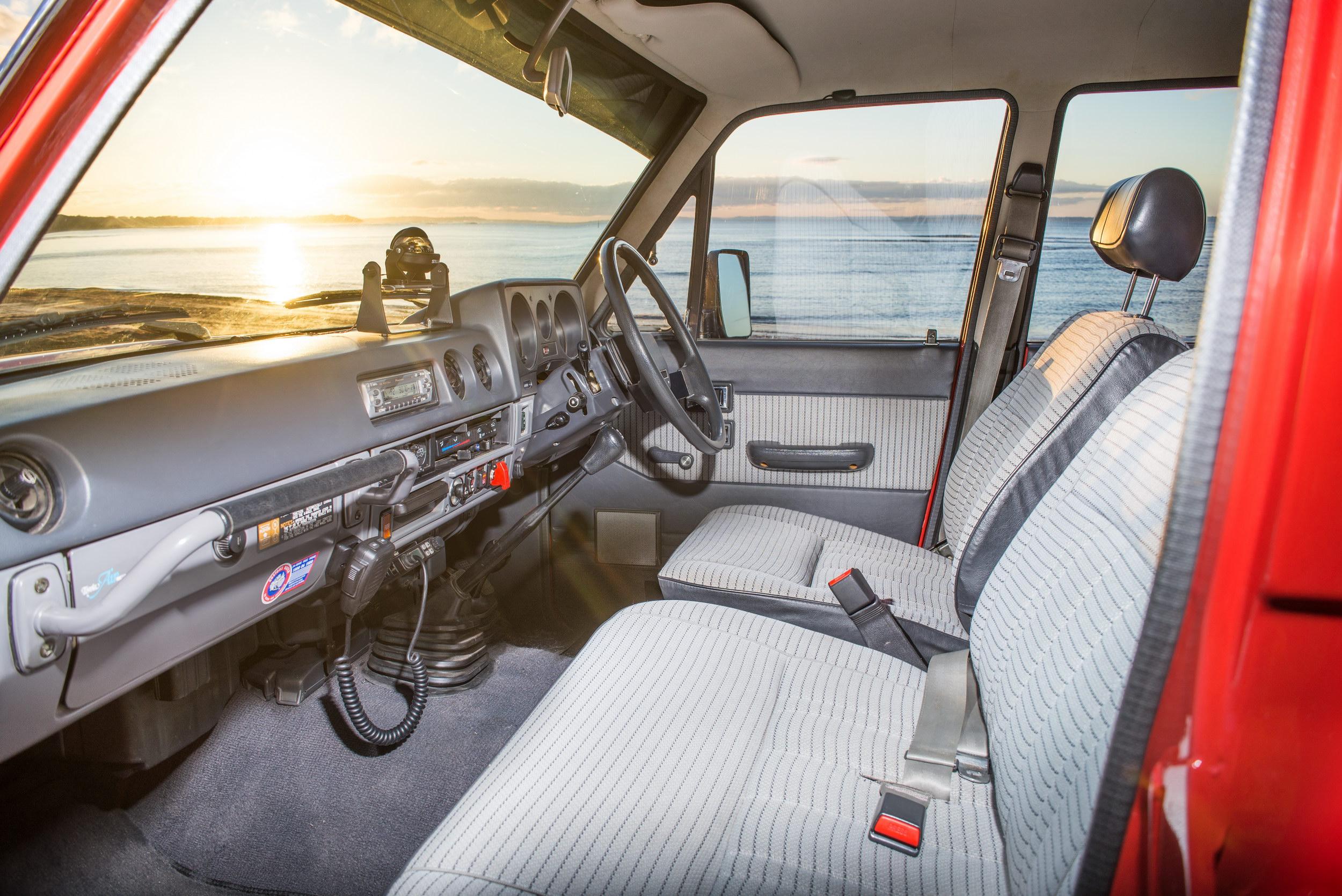 With the roof crushed the first job was to jack the roof off the dashboard and then look at straightening the now bent chassis… Doesn’t sound like much of an issue, does it? Drop the chassis off to the professional chassis straighteners, wait a little while, and take the now perfectly straight chassis home to meet the restored body.

After several attempts by “professionals” Maarten walked through the door of Carrera Motors and left the chassis in the capable hand of Justin. The proof is in the pudding as they say, and the proof here was when Maarten installed the ARB bulbar complete with period-perfect Warn high mount winch, it slipped easily on the frame horns, just like it would have the day it rolled out of the factory.

With the chassis having been sorted out it was time to turn the attention to the body, and the hunt was on for a donor car. A reasonably straight silver 60 was procured to donate parts that couldn’t be restored. For example, the roof had a crease in it that rivalled the damage to the chassis. 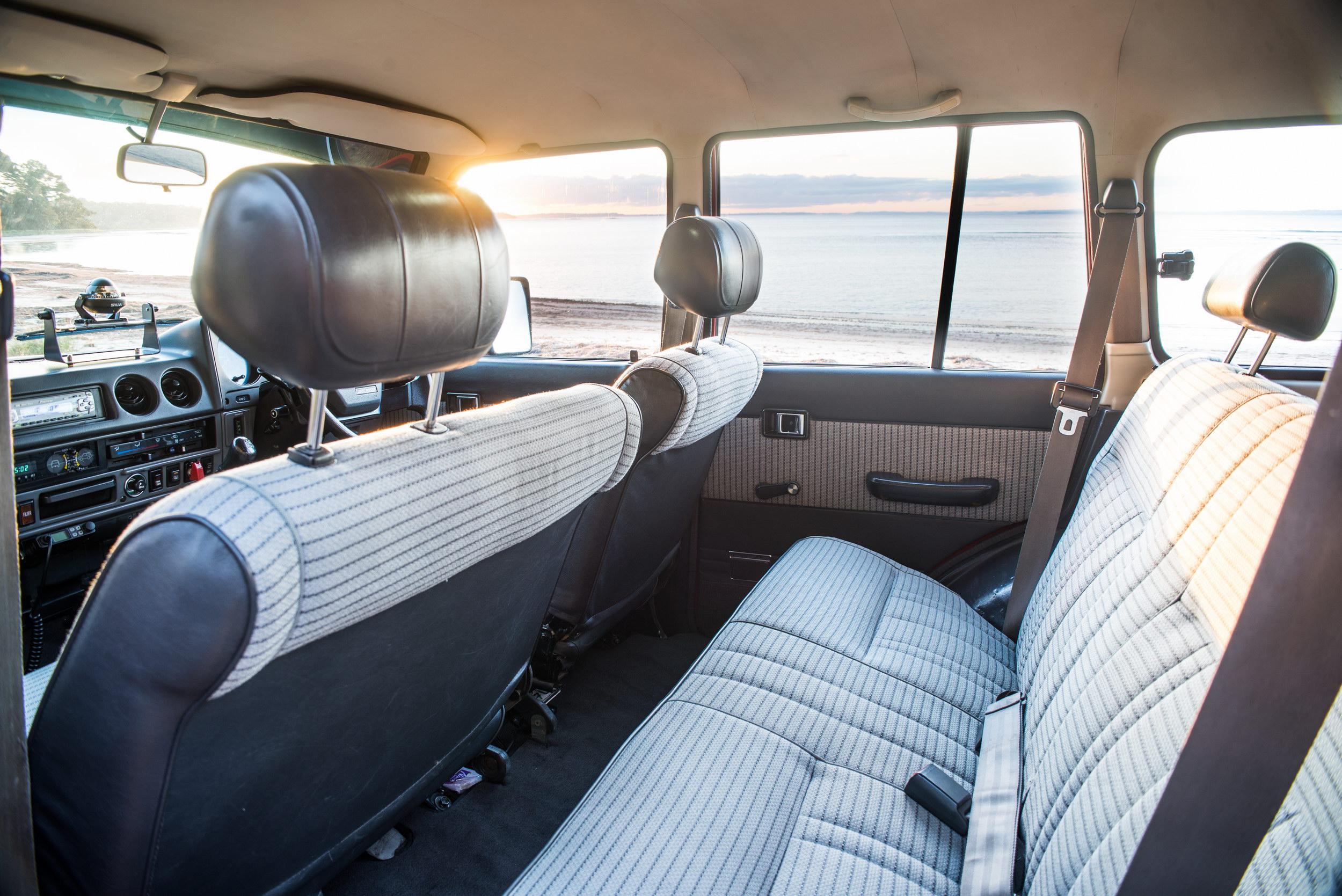 Maarten could have taken a hammer and dolly to the roof, but there was a perfect, rust free example sitting on top of the silver donor car. Though this was no hack job, the roofs of both cars were meticulously unpicked, spot weld by spot weld. Anyone who has gone down this path will tell you in no uncertain term how much care must be taken to not only detach and remove the spot welds, but also to unpick the sealant and paint which acts like glue holding the roof skin down, and all the time without creasing the panel.

Throughout this entire process, Steve at Resurrection Autos has not only taken the lead as “Project Manager” on the build, but has become a friend and mentor to Maarten.

As anyone who has been involved in a restoration can attest, it’s the little things that can make all the difference. For instance, the driver’s seat was a little worn on the right-hand bolster when your leg rubs against it when getting in and out of the vehicle; the material isn’t available anymore. Though if you look carefully at the door trims, you can see a band of the same material used. If a careful upholsterer removes the material from the door card, there is just enough material to replace the worn section in the driver’s seat! It’s small details like this that can make or break a build, and the 60 is full of them. 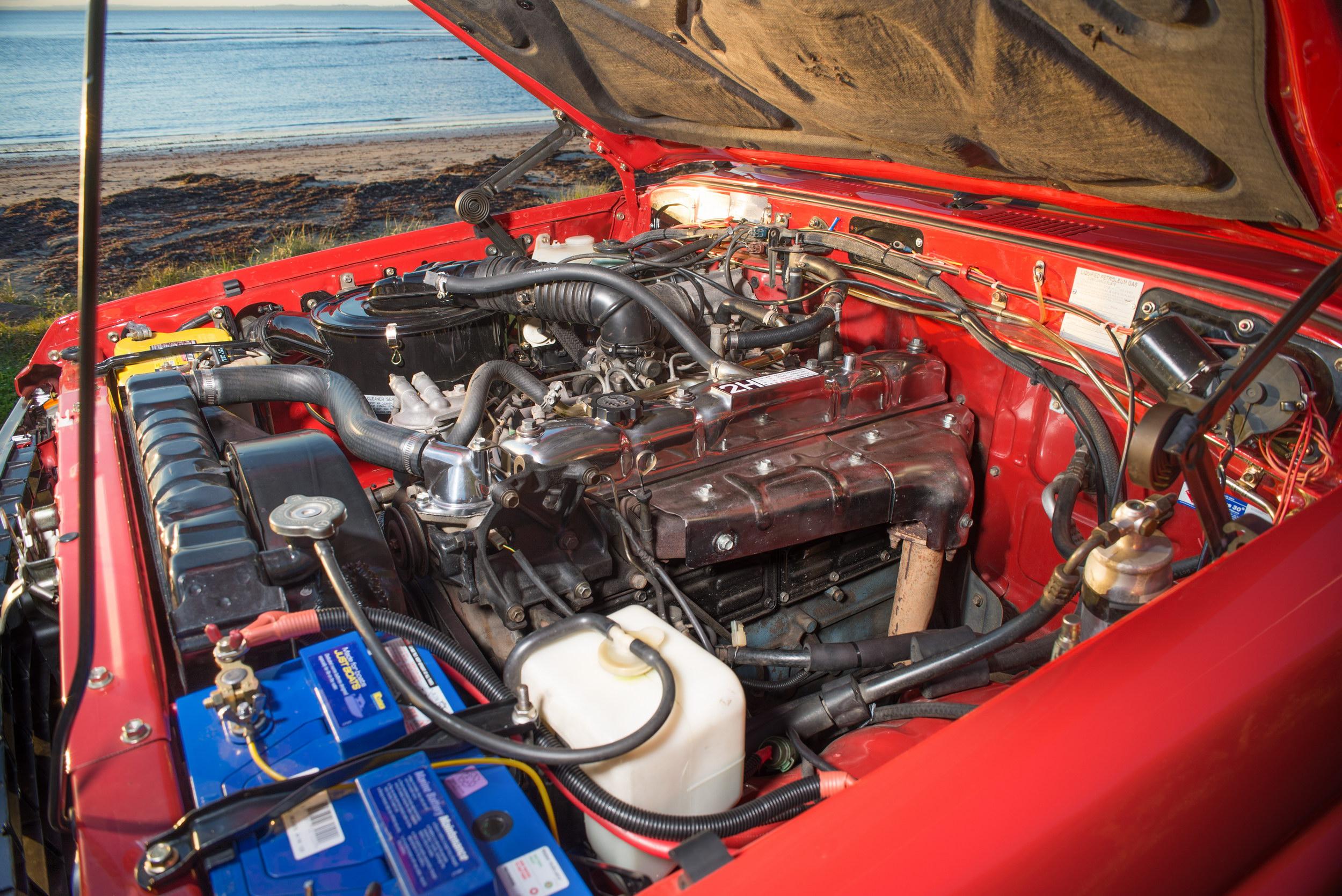 Speaking of the interior, look at the carpet in the back, it’s the original Toyota carpet that accompanied the car on the day Maarten picked it up from the dealership. That’s both a testament to the care Maarten and his family have taken of the car and the quality of the carpet used. It literally looks like it was picked up as a spare from the Toyota spare parts last week, not a piece that was delivered with the car three decades ago.

The wheels are original PECO wheels, made by Peter and Colin Wheels, hence the PECO name. The wheels were restored by Eastern Wheel Works in Lilydale Victoria.

Mechanically, other than a couple of touring mods like the dual-battery system and the gas diesel system, it’s mechanically standard. Only the front diff has been rebuilt, and the suspension has copped a couple of touring-orientated modifications like OME front leaves. This Toyota is just about as close to factory original as is possible. 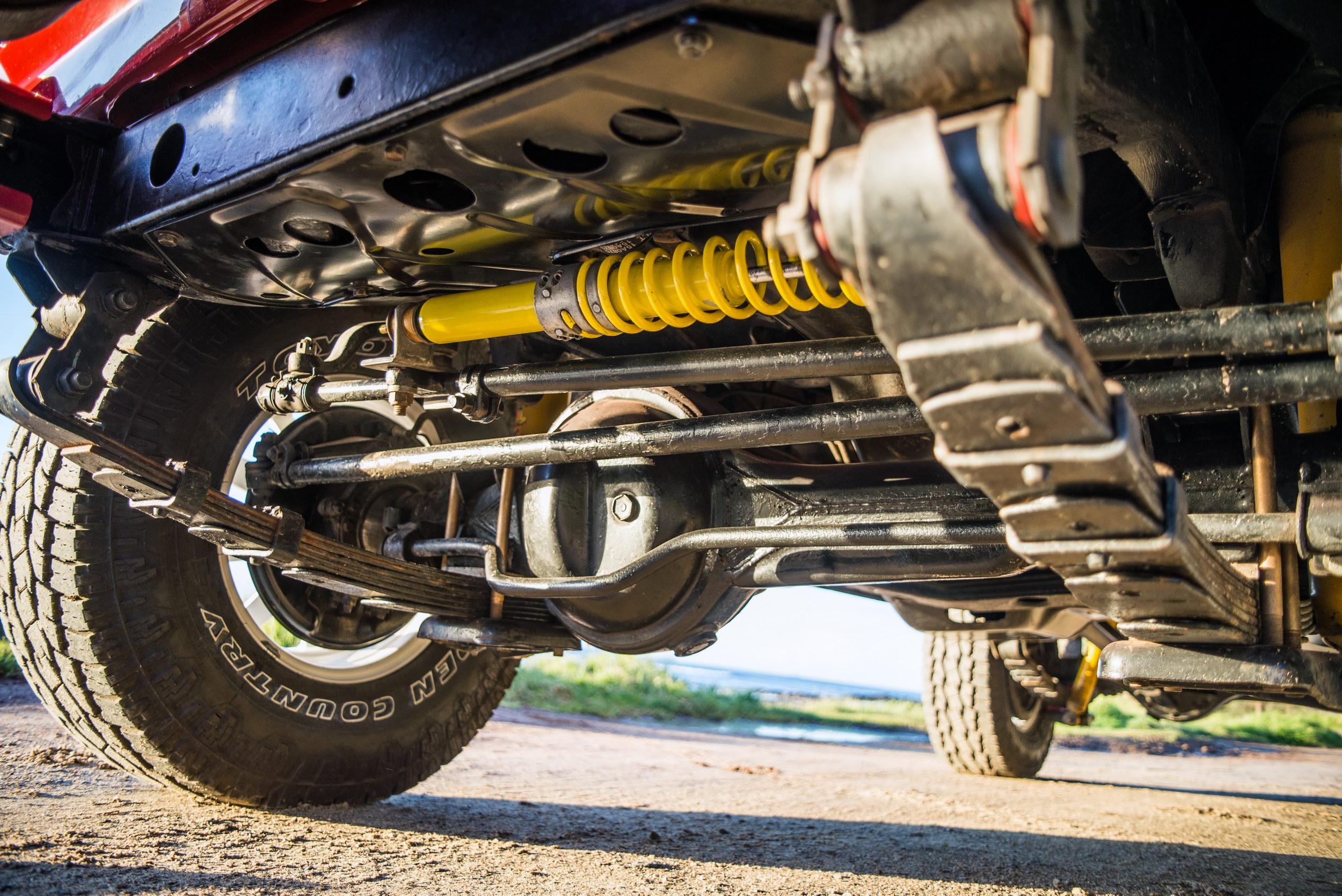 The observant reader will notice the red 60 is powered by a diesel 2H motor and will have also spotted the 30L LPG tank that resides underneath the 4x4. Early on in Maarten’s ownership of the 60, he decided it needed a little more get up and go. While today aftermarket turbocharger systems are available by the dozen, back then they were not so prevalent. The option was LPG fumigation.

The idea of providing a gaseous supplemental fuel in a diesel isn’t new, if fact the inventor of the diesel compression ignition, Dr Rudolph Diesel experimented with the introduction of marsh gas (methane) into the induction system at a rate of 35% of the diesel used and gained up to 50% increase in power over straight diesel.

So how does it work? The gas is injected into the engine above idle speed, the rate of LPG flow is determined either by a supplemental ECU or in this case mechanically. The additional fuel is burned right alongside the diesel in the engine. 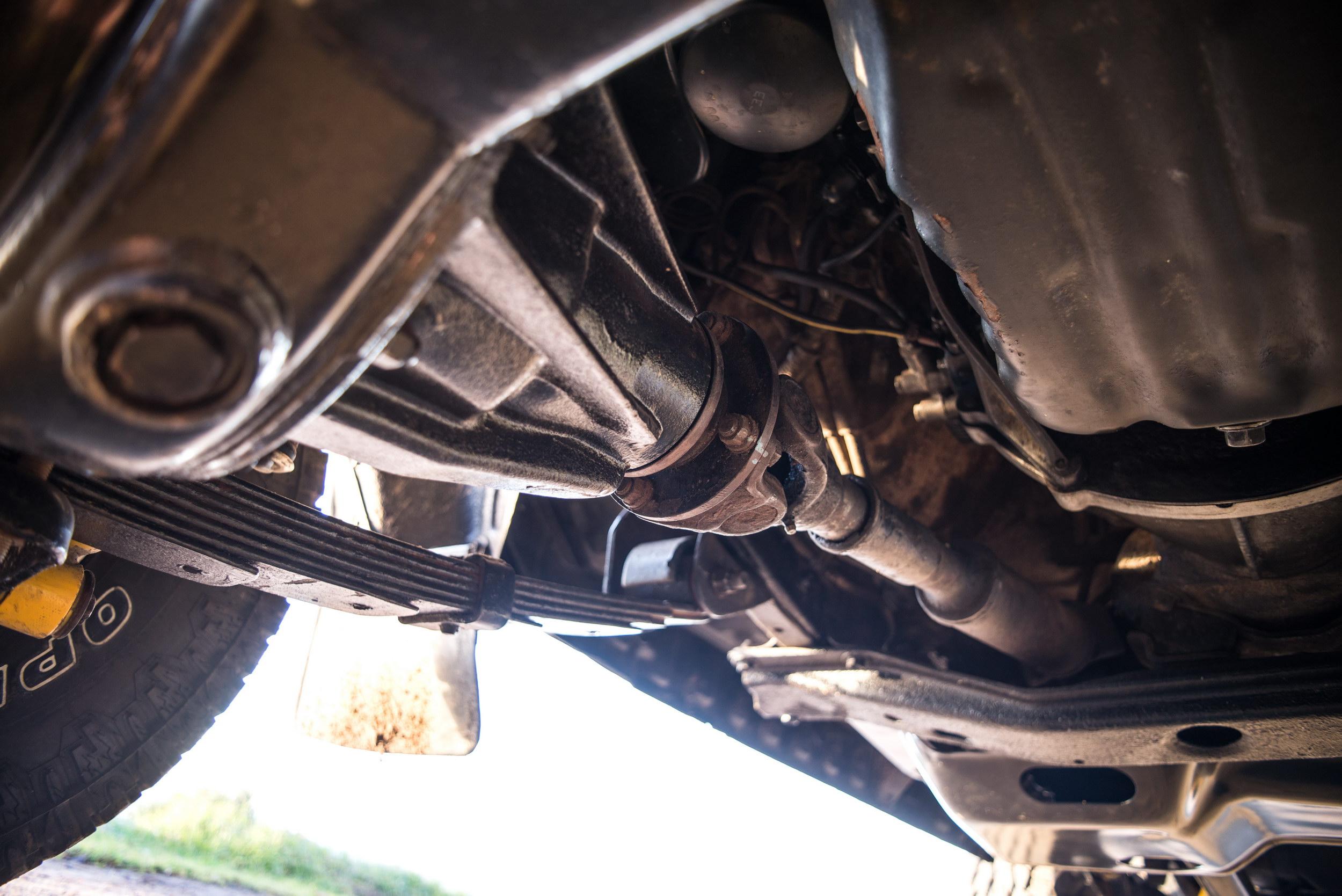 In this case, the gas air mixture is introduced with the air via the inlet valve, but as the combustion temperature hasn’t reached a sufficient temperature, it doesn’t ignite. That is until the diesel is injected (via the pre-combustion chamber in the 2H) then the compression induced temperature is high enough to combust the air/lpg/diesel fuel mixture.

What this adds up to is an increase of around 25% more power and torque. And unlike a turbocharged engine, that’s right across the rev range unlike the top-heavy power distribution of a turbocharged setup.

This 4x4 is no trailer queen despite its near concourse condition, it’s going to do a few more shows, but after that Maarten and his family are going to hit the road, after all, that’s what 4x4s are for.