One of two creations from LGE-CTS Motorsports that was presented at the 2021 SEMA show, this Bronco Sport-based build was the brainchild of Sara Morosan, who along with her sister Theresa Contreras, is co-owner of the Californian race and custom car company. 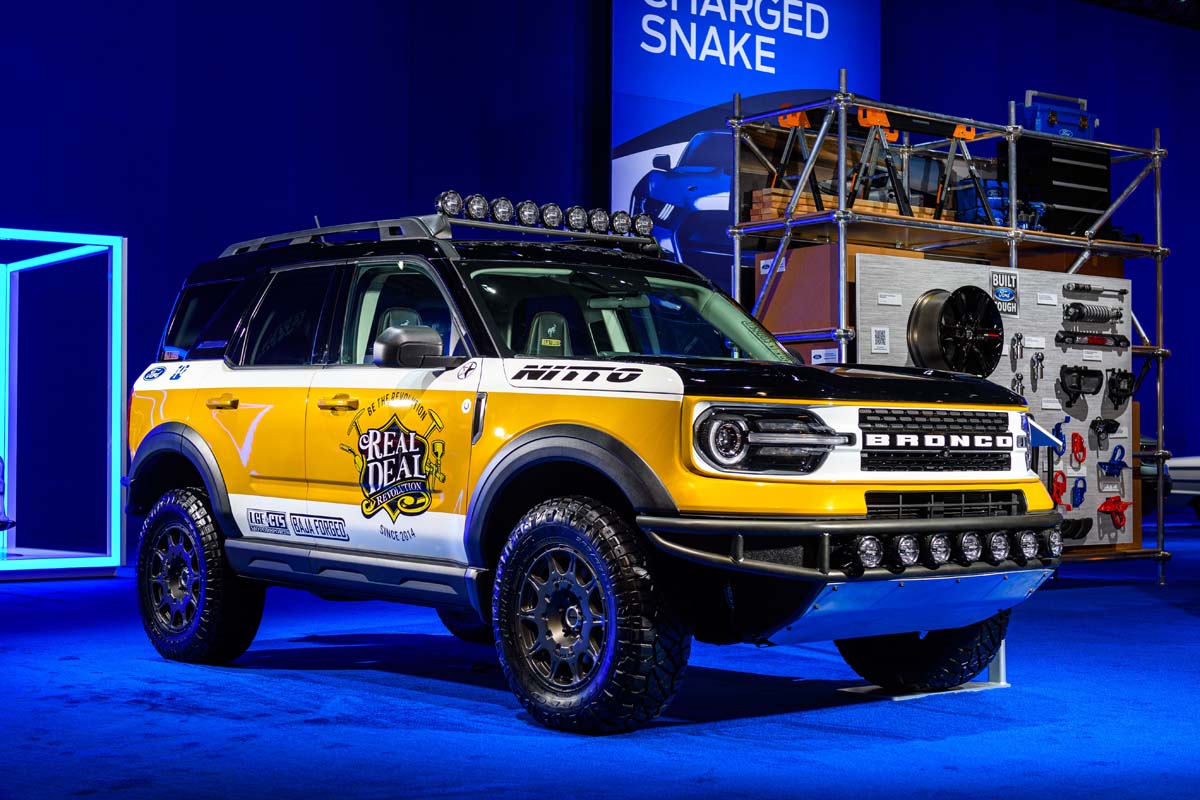 The biggest event of its kind in the USA, the SEMA (Specialty Equipment Market Association) Show is perceived by most people to be a massive car show. It is certainly that, but it’s primarily a trade show designed to showcase the newest and best performance, mechanical and cosmetic parts from the automotive aftermarket industry.

In order to attract attention to their stalls, most exhibitors at SEMA create or commission a modified vehicle – sometimes more than one – to demonstrate the possibilities using the parts they make or sell.

At SEMA 2021, Ford’s all-new Bronco was a favourite vehicle with many stallholders, so there was an abundance of modified and accessorised examples on show. Ford made sure those looking at the Bronco – and more specifically, those looking at parts for it – went to their stall, as they had no less than six custom Broncos showcasing Ford Performance Parts (FPP) and Ford Licensed Accessories. 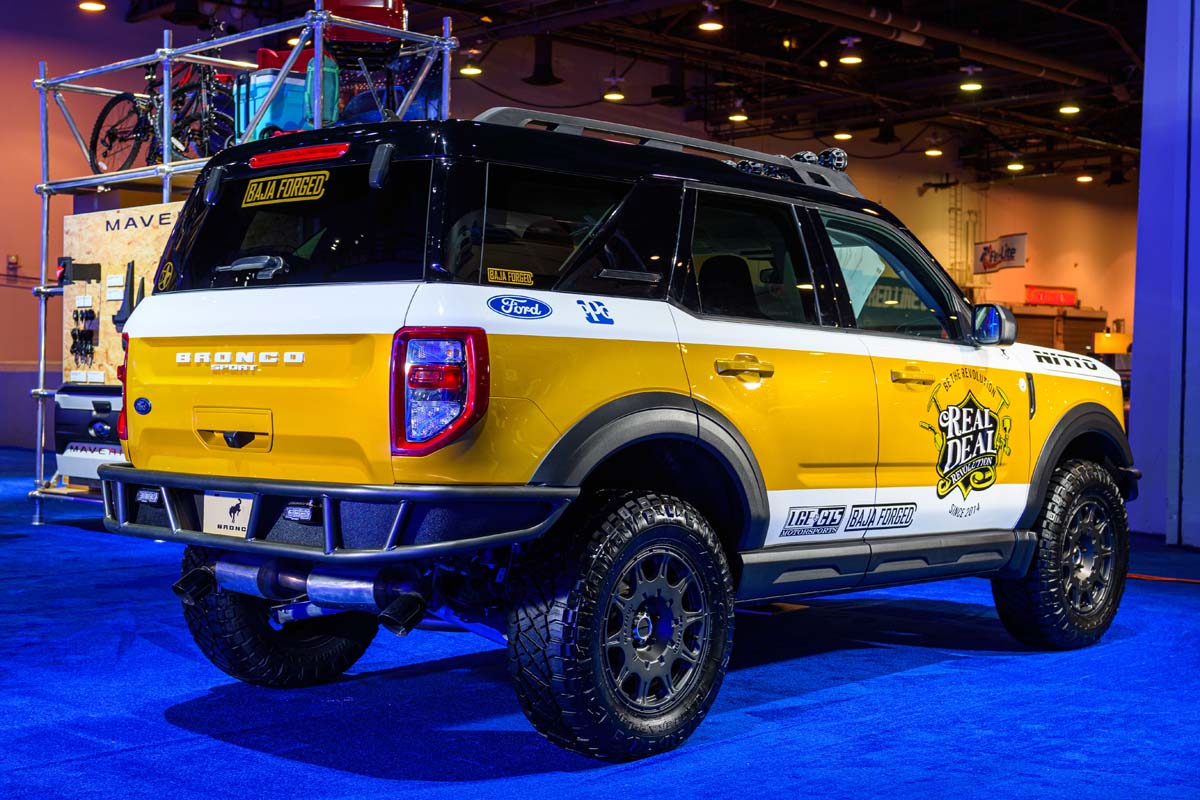 To clarify, the Bronco Sport isn’t a clean-sheet design made for serious off-road use like the Bronco is. It’s actually based on the existing Ford Escape; an SUV primarily for the road. So, seeing as the Bronco Sport’s not off road-ready by nature, LGE-CTS Motorsports decided to toughen it up and make it more capable off the bitumen.

To achieve that toughness, the SUV was loaded with Ford Performance Parts and Ford Licensed Accessories, starting with a 2-inch lift kit and ICON Vehicle Dynamics suspension. To this, front and rear sway bars from Hellwig Suspension Products were added. 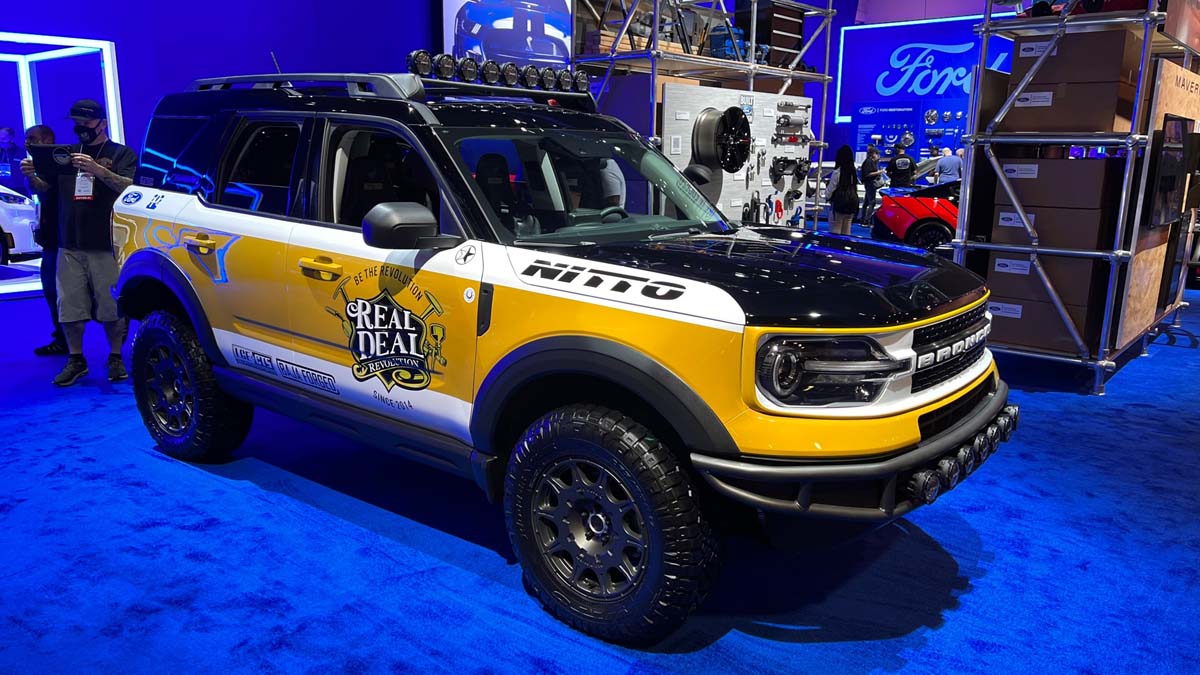 BAJA FORGED (a subsidiary of LGE-CTS Motorsports) provided the front and rear tubular bumpers. A WARN Industries VR EVO winch was added to the front bumper and incorporates a Factor 55 hook and aluminum fairlead.

Wheelarch flares and rock sliders have also been fitted, with Rigid Light Shop LED lighting added to the roof and front bumper.

Described by Ford and LGE-CTS Motorsports as being ready for “nasty adventures,” this custom Bronco Sport Badlands also features a Borla cat-back performance exhaust for the 2.0 EcoBoost turbo four-cylinder petrol engine, while inside, Recaro race seats with four-point harnesses have been fitted. 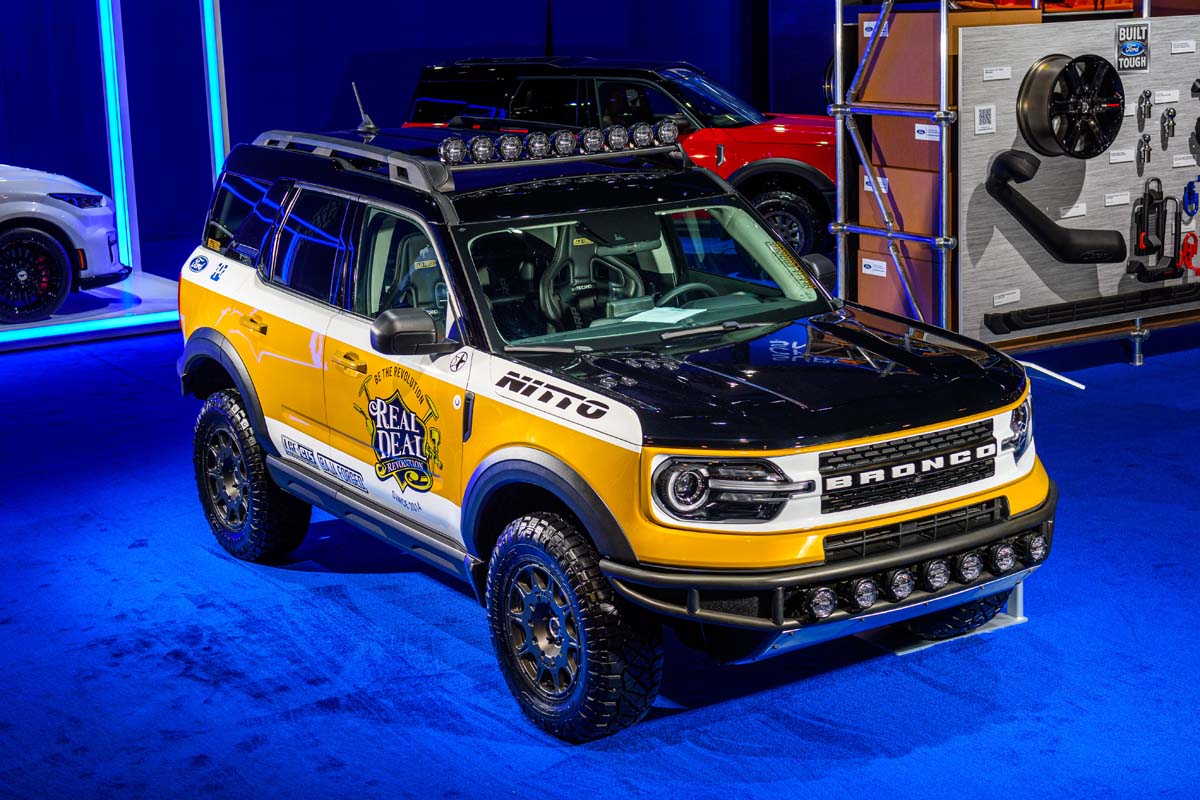 “Bronco and Bronco Sport customers love parts and accessories that emphasise performance and the off-road lifestyle, so we worked closely with Bronco design and vehicle engineering to deliver the products to match their individual lifestyle,” said Eric Cin, Ford global director, vehicle personalisation, accessories and licensing.