With their concept and custom offerings at this year’s Easter Jeep Safari, Jeep showed they were back to their creative best. 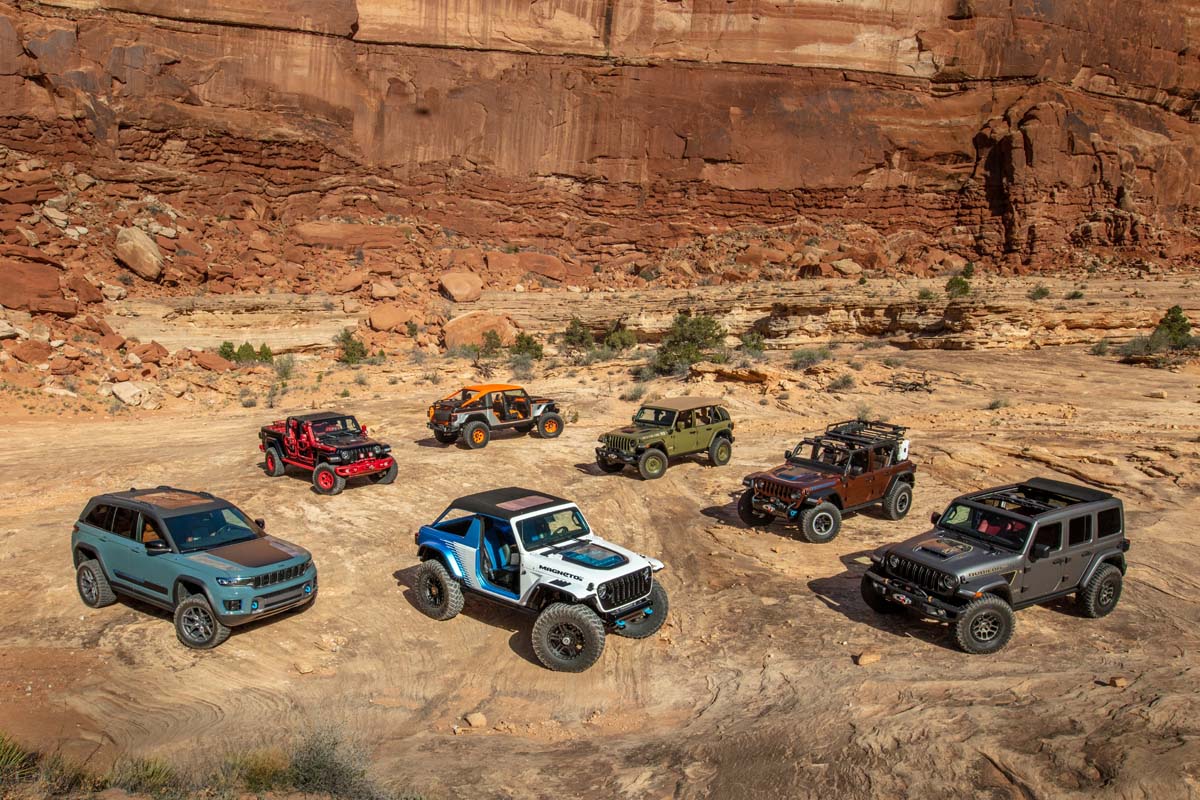 A mecca for off-roaders – not just Jeep owners - the Easter Jeep Safari has been held in Moab, Utah, since 1967. Each year, enthusiasts descend on the small American town to drive the region’s famous red rock trails, putting themselves and their 4x4s to the test over some truly challenging and torturous terrain.

What started out as a one-day event has grown to a nine-day spectacle, with organised trail drives each day and an expo with dozens of vendors offering all sorts of 4x4 and off-road gear to the thousands of visitors who come to Moab from all over America and even overseas.

Jeep got involved in the Easter Jeep Safari early on and have used the Moab trails to test new and upcoming vehicles, but their presence at the annual Safari has come to be defined by the concept, prototype and custom vehicles they unveil there.

Since 2008, a menagerie of Jeep-based 4x4s have been presented to the Jeep faithful at Moab, ranging from the mild to the wild.

In 2021, with the event still under the impact of the COVID-19 pandemic, it was a somewhat subdued offering in terms of custom creations, but this year, Jeep pulled out all the stops, presenting no less than seven all-new creations, supported by three more that had been revealed previously.

“[The] Easter Jeep Safari is the perfect opportunity for the Jeep brand to push the limits of four-wheel-drive development and, most importantly, to stay connected with our customers,” said Jim Morrison, senior vice president and head of Jeep brand North America.

“Whether it’s a Jeep concept or the latest Jeep production vehicle, our customers have the chance to get up close and personal with our passion projects during this event.

“From a fully capable BEV (battery electric vehicle) off-roader to rugged and powerful terrain tacklers, every concept is a true reflection of what our customers tell us they want and give a taste of where the future of the Jeep brand and off-roading can go.”

What was notable amongst this year’s concept lineup is that four of the seven were electrified, compared to only one last year, reflecting the fact that Jeep, like most other carmakers these days, are moving at speed into the EV space. Gold old fossil fuels haven’t been forgotten, though, with a high-performance V8 amongst this year’s petrol-powered concepts.

What was also notable amongst this year’s concepts is that, unlike in past years, all seven creations were clearly based on existing Jeep vehicles, namely the Wrangler, Gladiator and Grand Cherokee.

Defining each were some unique paint and trim finishes, as well as an array of concept, prototype and production parts from the Jeep Performance Parts (JPP) range and Mopar, Stellantis’s parts brand.

“Teaming up with the Jeep brand, there is no better place than the annual Easter Jeep Safari to show off our latest production and custom innovations to true off-road enthusiasts,” said Mark Bosanac, North America vice president, Mopar service, parts & customer care.

“Unlike any other aftermarket offerings, our factory-tested and factory-backed Jeep Performance Parts are specifically designed and engineered to face the toughest trails in the world.” 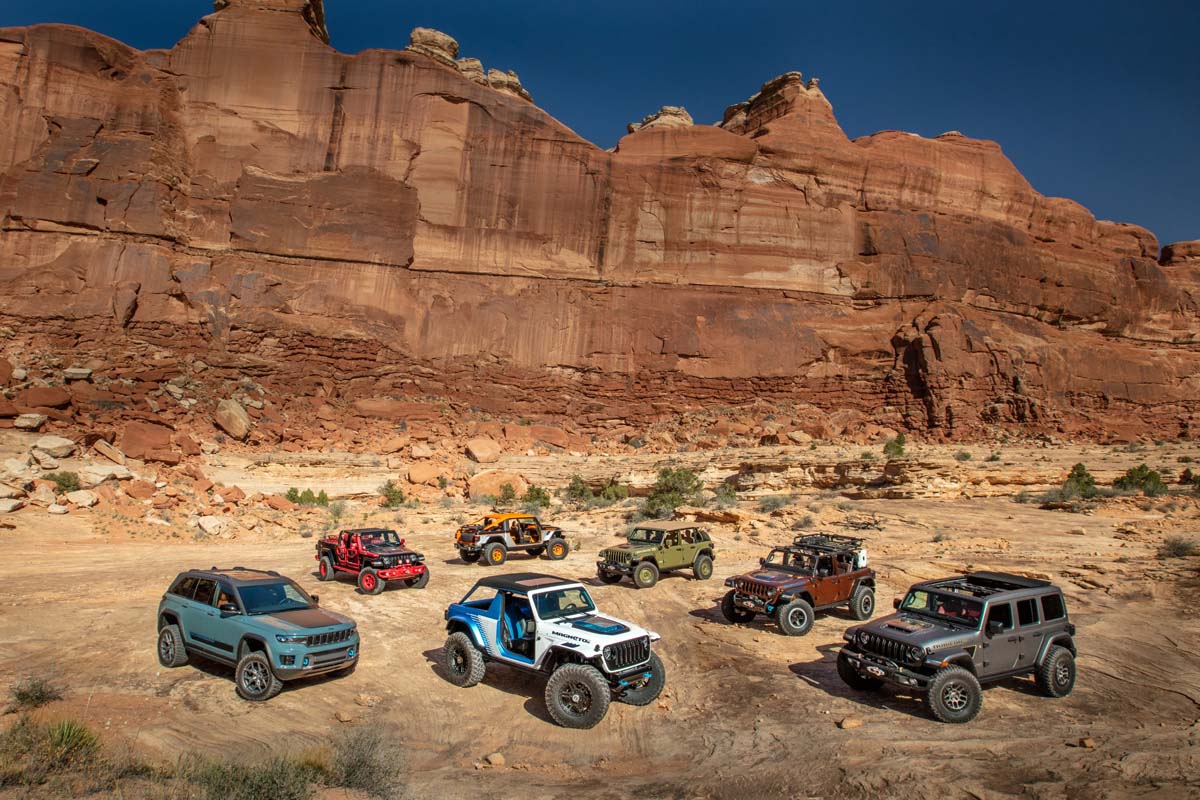