Compared to some of the concepts presented at past Easter Jeep Safaris, the Red Bare’ concept unveiled this year is pretty mild, but still makes a statement with its bold colour palette and striking interior trim that mixes old and new themes. 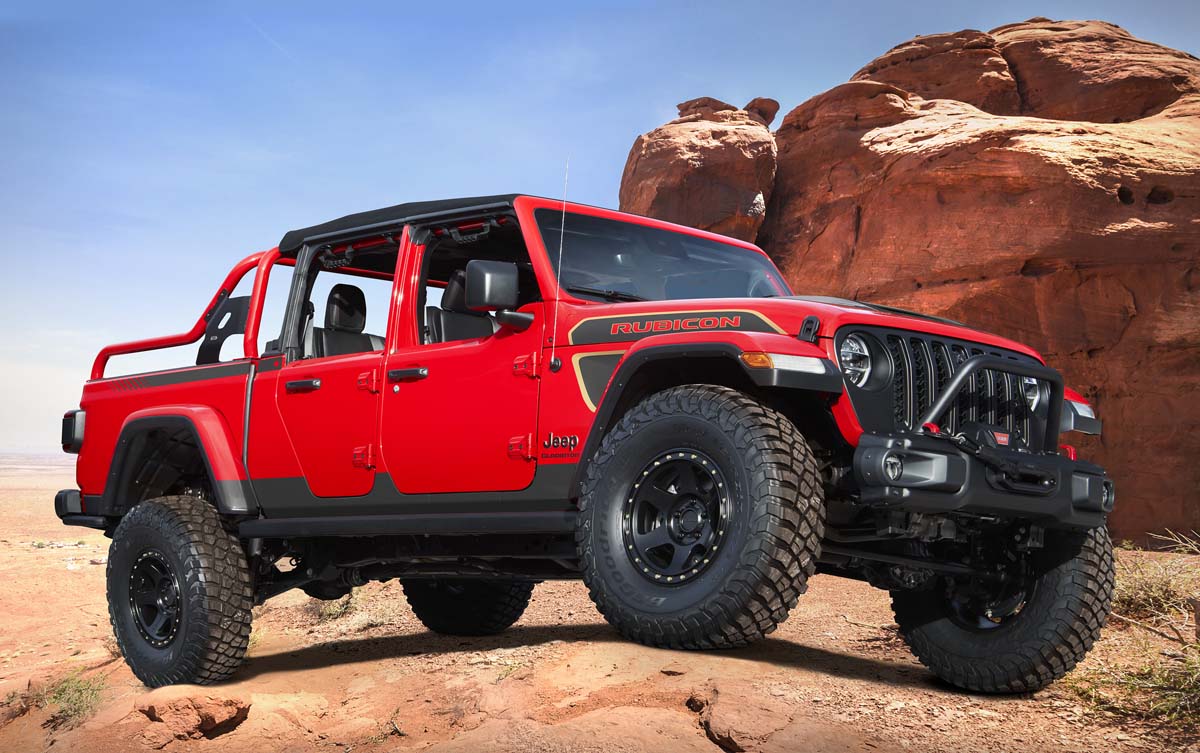 After the 2019 Easter Jeep Safari was dominated by Gladiator-based concepts, the Red Bare was the only Gladiator offering at Moab for 2021, but according to Jeep, this mild custom concept builds upon the brand’s “long-standing heritage of hardworking trucks, paired with legendary Jeep 4x4 capability,” to deliver ultimate performance, fuel efficiency and driving range.
Powering the concept is a stock 3.0-litre EcoDiesel turbodiesel V6, which offers engine stop-start technology as standard. Unmodified in this application, the EcoDiesel outputs 194kW (260hp) and 600Nm (442lb/ft), matched to the standard Gladiator TorqueFlite 8HP75 eight-speed automatic transmission that’s calibrated for low RPM shifts and easy manoeuvring on rough ground. 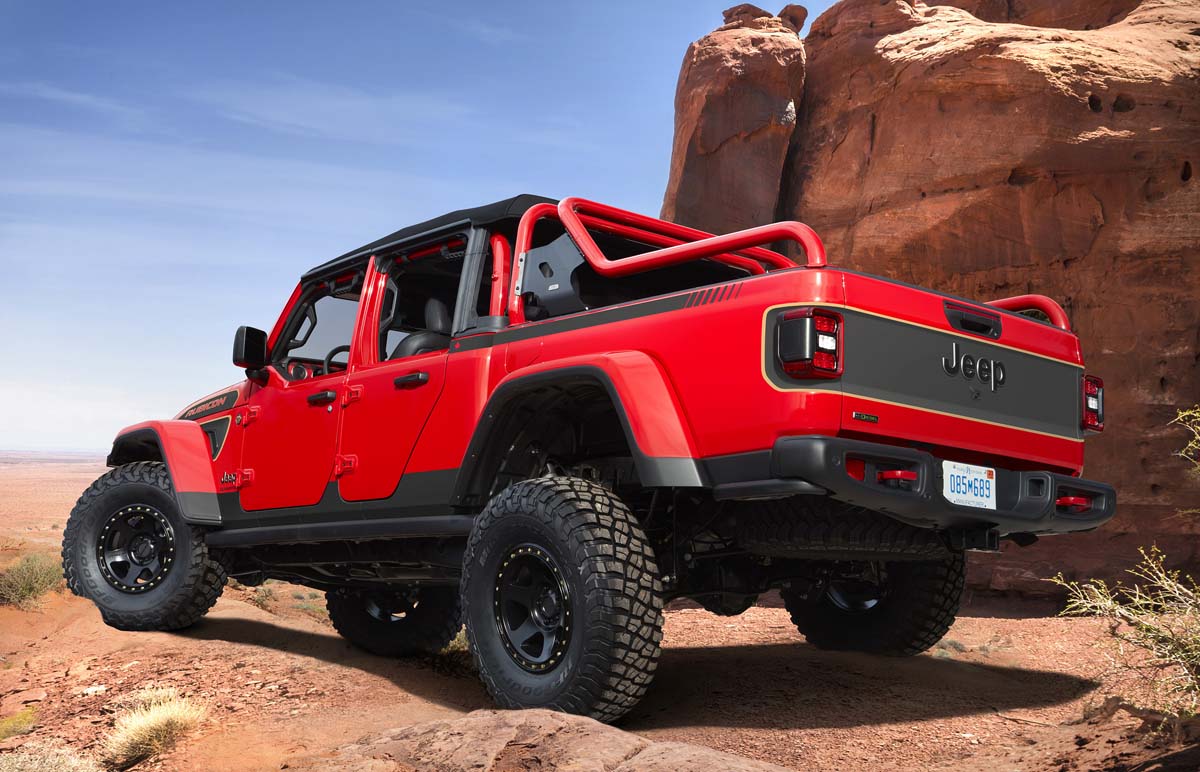 To tackle the toughest trails that Moab has, the Red Bare Gladiator featured Dana 44 axles upgraded with 4.88 axle ratios and a 91:1 crawl ratio.

Like most of the other concepts at the Easter Jeep Safari this year, the Red Bare Gladiator concept was equipped with a Jeep Performance Parts (JPP) 2-inch lift kit, with other features including 17-inch Matte Black wheels with 37-inch BFG mud-terrain tyres, factory steel bumpers with a Warn winch and a front bumper grille guard for added protection off-road. 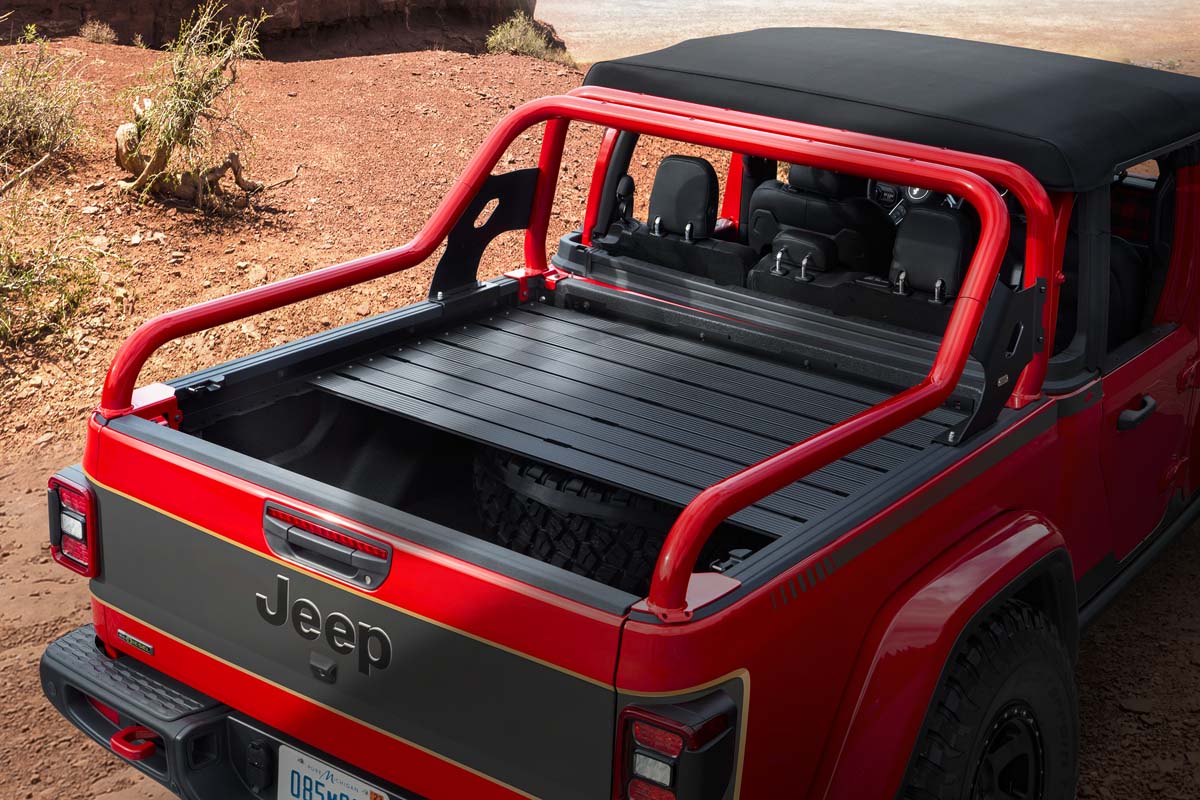 On top of the Red Bare concept’s mostly standard drivetrain components, the Gladiator body was mostly standard, too, but a sport bar has been fitted up top and JPP Sand Slider rock rails below, while in the tub, a hard tonneau cover and rack system has been added.

A Matte Black signature seven-slot grille insert has been fitted, while a black factory soft-top, along with half doors, offer what Jeep calls ultimate open-air freedom. 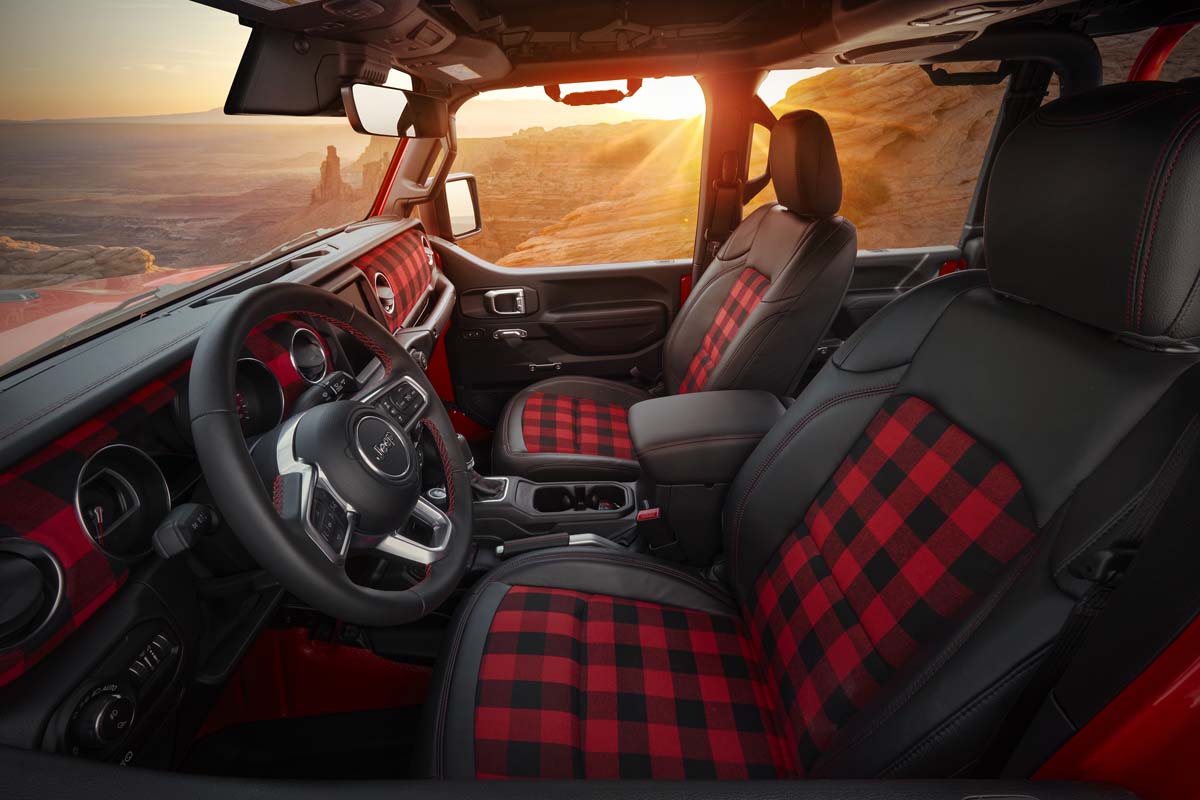 The Red Bare’s interior incorporated custom Katzkin black leather seats with red contrast stitching and red plaid fabric inserts. The dash and instrument panel have been wrapped in the same material, which is more than a little odd, but Jeep say it lends a bold, rustic finish.