Mopar brings the best of their Jeep Performance Parts range into one ready-to-go package.

At February’s Chicago Auto Show, Fiat Chrysler Automobiles’ (FCA) parts division, Mopar, unveiled a fully-kitted out Jeep Wrangler – the ‘JPP 20’. Standing for ‘Jeep Performance Parts 2020’, this special-edition Wrangler for the US market serves as a showcase for the range of Jeep Performance Parts available through Mopar and marks the first time a Mopar-modified Jeep will be sold “complete” from the factory - sort of. 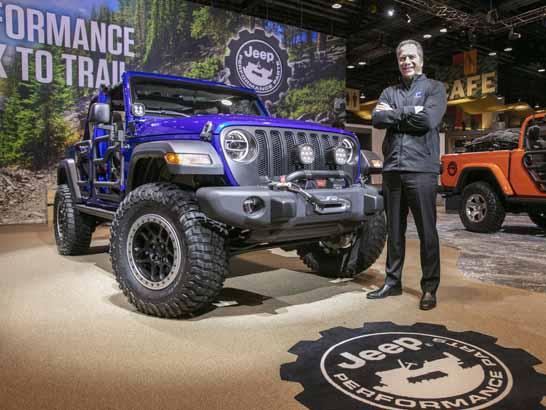 While the Wrangler JPP 20 is technically a factory vehicle and will be sold through Jeep dealers in the US backed by a factory warranty, it’s really a collaborative effort, combining the FCA factory in Toledo, Ohio, the nearby Mopar Custom Shop and individual Jeep dealers, who each provide their own input into the final vehicle.

The JPP 20 starts as a Wrangler Unlimited Sport S four-door on the Toledo assembly line and is completed to a certain stage before it goes to the Mopar Custom Shop, where some of the Jeep Performance Parts are fitted. The final stage occurs at the dealership, where the lift kit, auxiliary lights and wheels are added before the JPP 20 goes on the showroom floor.

Being a “complete package”, the Wrangler JPP 20 is only offered in one configuration. There is a choice of exterior colours - White or Ocean Blue – while being based on the Sport S means there is a choice of three engines normally offered on that grade: a 2.0-litre turbocharged petrol four-cylinder; a 3.0-litre EcoDiesel V6 and FCA’s long-running 3.6-litre Pentastar naturally-aspirated V6 petrol engine. Regardless of engine choice, an eight-speed automatic is the standard transmission.

The other option is the wheel and tyre package. Fitted at the dealership, there will be a choice of five different wheels and four different tyres available, including the heavy-duty beadlocks and BFG Mud Terrain T/As in the images shown here. 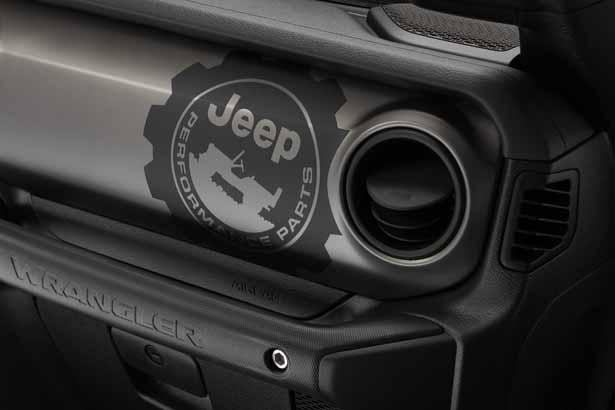 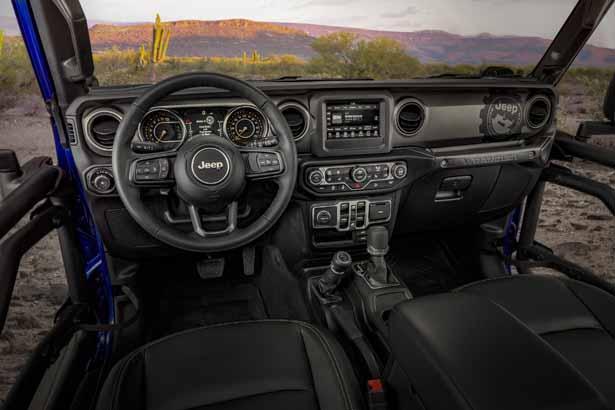 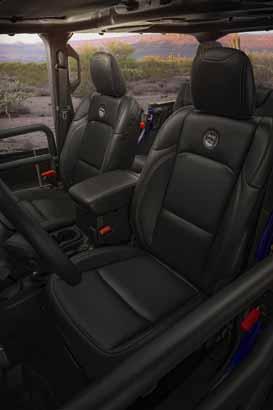 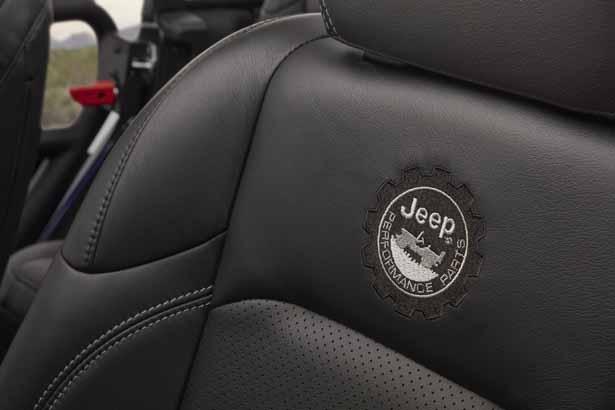 Made for Off Road

The range of Jeep Performance Parts selected for this limited-edition Wrangler make it clear it’s designed for serious off-road duty.

Parts selected for the JPP 20 start with the front bumper; an all-new steel unit from Mopar. Marginally shorter than a regular Wrangler bumper for improved clearance, the bumper incorporates a grille guard and Warn Zeon type winch with 100 feet (30.4 metres) of cable.

A JPP skid plate and JPP rock rails are standard, with the latter also serving as side steps thanks to a non-slip coating on the top edge.

At the dealership, the 2-inch lift kit is fitted, which is a Mopar package using FOX shocks.

Wheels and tyres will be fitted at the dealership, too, with JPP 20 purchasers given a choice of five different wheel and four different tyre options.

To suit the heavy-duty wheel and tyre packages most owners are expected to use, a JPP reinforced tailgate hinge is fitted to the spare tyre mount, while a separate JPP part repositions the high-mount stop light to the centre of the spare tyre.

While it is well equipped for tackling tough trails, the JPP 20’s off-road credentials are diluted a little by the fact it’s based on a Wrangler Unlimited Sport S, which means it doesn’t get the front and rear locking diffs you get on a Wrangler Rubicon. 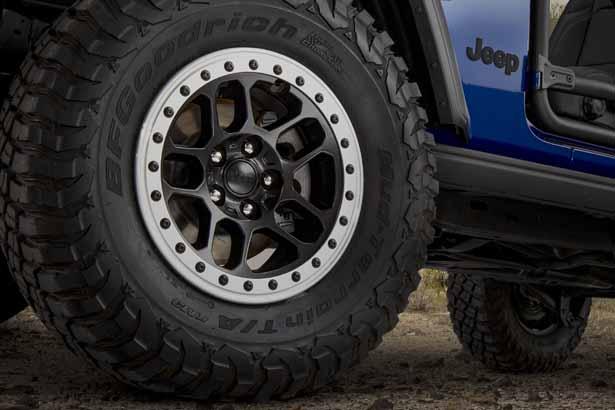 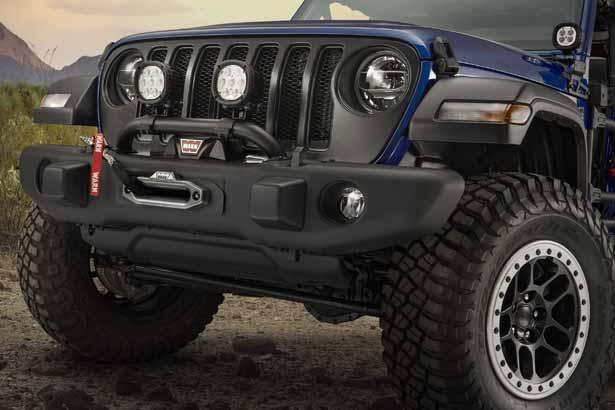 JPP tube doors and a mesh sun bonnet are standard, with the heavy-duty and specially coated steel tube doors featuring a cool touch in the form of ‘EJECT’ embossed into the contrast colour handle.

A new rearview mirror kit is fitted, too.

While the “open air” nature of the JPP 20 has been highlighted in the presented images, Jeep and Mopar have been practical. The Wrangler’s regular aluminium doors will be supplied, and presumably, the standard roof panels, too.

Cosmetic touches on the JPP 20 include blackout vents on the front guards, a blackout fuel filler cap, a JPP decal on the offside quarter panel and a laser-etched JPP badge on the nearside front guard.

Topping off the appearance changes is a monotone American flag graphic on the bonnet. 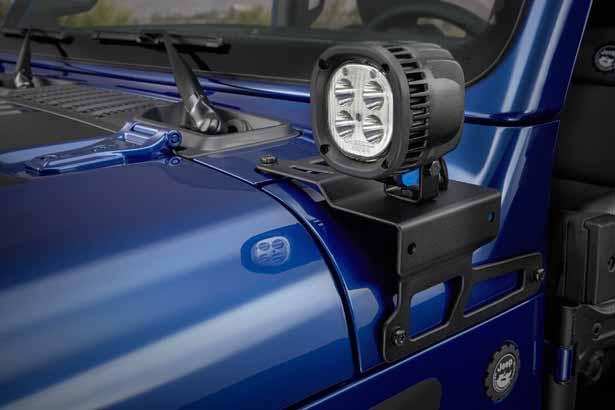 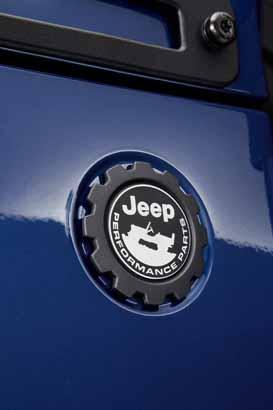 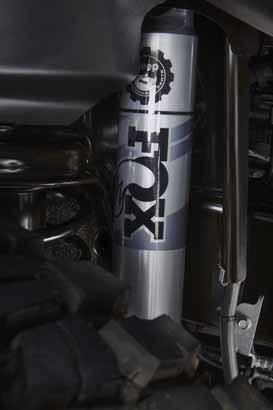 In the JPP 20 cabin, the Unlimited Sport S seats have been replaced with Katzkin Tuscany leather seats that feature an embroidered JPP logo on each front seatback.

Behind the rear seats, a Mopar Cargo Tray Kit is fitted, which extends up the seat backs to provide full protection for the cargo area when the rear seats are folded.
The Wrangler’s Technology Group is fitted and includes a 7-inch instrument panel and the fourth-generation version of FCA’s Uconnect system with Apple CarPlay and Android Auto. A 7-inch centre console touchscreen, Rear Park Assist and Blind Spot Monitoring safety technology are also standard.

Due for release in the northern hemisphere summer, pricing for the Wrangler JPP 20 hadn’t been confirmed at time of writing, nor had the number that Jeep intend to build.

On the pricing, the Wrangler Unlimited Sport S this model is based on lists for US$34,995 with a manual, so the JPP 20’s standard auto will add to the pricing. There’ll be an obvious markup for all the JPP parts and the vehicle’s “limited edition” status, too, meaning the final price will likely exceed – by a fair margin - the US$42,125 list price that a Wrangler Rubicon 4-door 3.6 manual attracts in the ‘States.

On the build numbers, given that Jeep has sold more than 900,000 vehicles in the US annually for three out of the past four years, a build total in the low thousands is likely. But setting no actual number for the limited edition gives Jeep an “out” if the take-up rate is less than anticipated.

Obviously, the impact of the coronavirus will put a dent in potential JPP 20 sales, as it will the rest of the Jeep range for the year.

At present, there is no indication that the Jeep Wrangler JPP 20 will be offered in Australia. 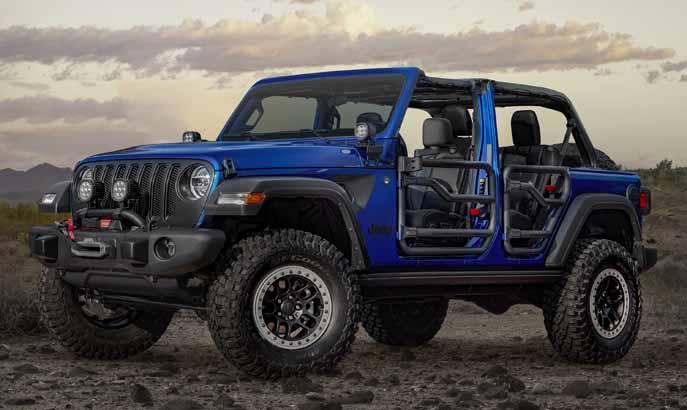 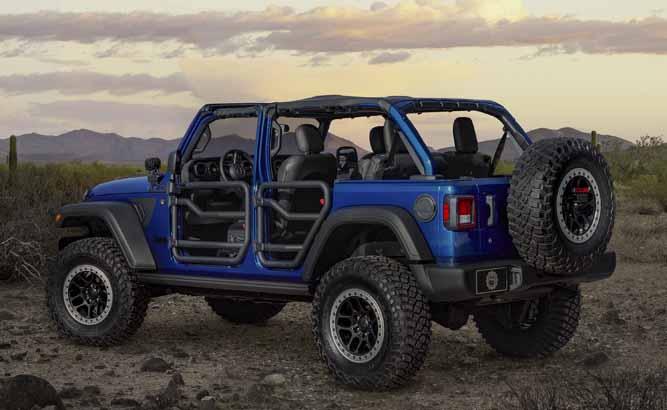