Land Rovers have been converted into just about everything in the past, but how about a kitchen?

Whether you love them or hate them, you can’t deny there’s an absolute infestation of TV chefs these days. And while it seems like they’ve been about forever, they’re a fairly recent phenomenon.

For example, if you took a guess at when the first series of MasterChef aired in Australia, would 2009 have been your guess? Not that long ago, is it? 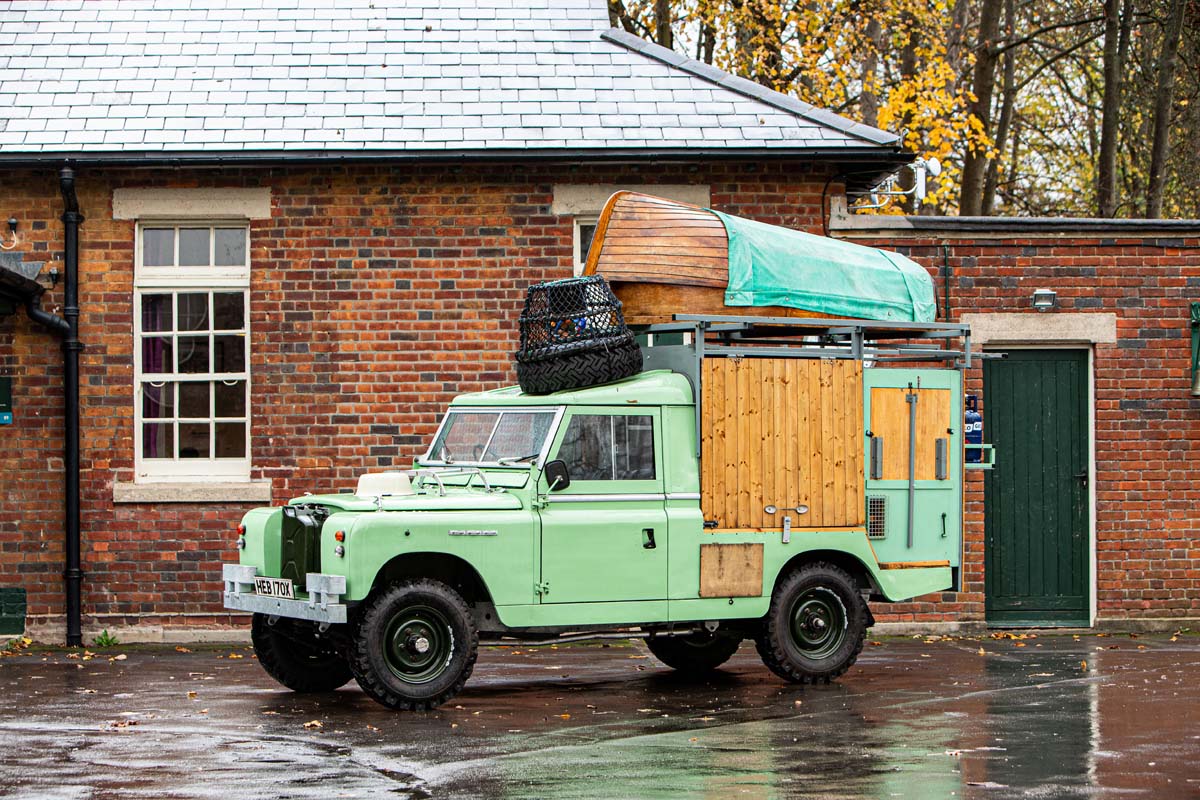 Prior to MasterChef, it seems we only had the likes of Gordon Ramsay, Nigella Lawson and Jamie Oliver, as well as locals Maggie Beer, French chef extraordinaire Gabriel Gate and Ian Parmenter (who looked French but wasn’t) telling us what to cook and how to cook it. Go back a bit further and the likes of Iain Hewitson and Geoff Jansz graced our screens. Even further back, there was Peter Russell-Clarke and Bernard King, but TV chefs were few and far between.

Nowadays, there’s an endless flood of food experts - some local, others imported - on TV. SBS even has an entire channel dedicated to food 24/7. Geez!

Every TV chef seems to have their own niche, style, specialty or personality, as networks try to package what’s essentially the same concept in different ways. That means you have to be a bit different to stand out. Enter Hugh Fearnley-Whittingstall.

If the name isn’t immediately familiar, Hugh Fearnley-Whittingstall is a UK chef/cook who’s progressed from presenting TV cooking shows and writing cookbooks to activism on related topics like overfishing and food waste.

As you can probably guess by the double-barrelled surname, Fearnley-Whittingstall is posh by our standards, coming from a wealthy family and educated at both Eton and Oxford. His demeanour belies his upbringing, though, as he appears quite down to earth on screen.

He’s perhaps best known for the ‘River Cottage’ series of cooking shows (based out of the English rural retreat of the same name) where the aim of the show was to make his small acreage self-sufficient. That series was first aired in the UK in 1999 and continued, in various forms, until 2011.

Before that, Fearnley-Whittingstall’s first TV exposure was on ‘A Cook on the Wild Side’ the simple premise of which involved Fearnley-Whittingstall travelling around the UK, living off the land. Apart from some staples like oil, flour, sugar and salt, everything he cooked had to be picked, dug up, caught, snared or netted in the wild by the man himself, with the assistance of some knowledgeable locals. Farmed animals couldn’t be used and nothing could be paid for, but he could work or barter for produce with those he met on the journey.

Travelling all over the UK foraging meant Fearnley-Whittingstall needed a vehicle to do so and the vehicle chosen was a heavily modified early-1980s 109-inch Land Rover known as the ‘Gastro Wagon’.

Fitted out for a Foodie

For the first series of A Cook on the Wild Side, which aired in the UK in 1995, the Gastro Wagon was a major part of the show, serving as kitchen, bathroom and accommodation for Fearnley-Whittingstall in his travels.

An intriguing machine, the Gastro Wagon was built specifically for the show, with a fitout that made it ideal for cooking and customized touches from nose to tail.

At the very rear of the vehicle, the bespoke touches included barn doors that held a fold-out two-burner hob for cooking on one side, with a sink for washing greens or cleaning freshly-killed game on the other. Slide-on extensions for both provided extra food preparation space.

Also housed within the rear section was an oven and fridge, along with additional prep space and storage for utensils and the aforementioned essential cooking ingredients.

The hobs, oven and fridge were all gas-powered, while the rear sink used a simple gravity feed system from a converted jerry can slung outside.

And if you're wondering how Fearnley-Whittingstall went about meal preparation in typical English weather, the entire cooking area could be covered by a canvas awning.

Ahead of the cooking area, additional fold-down panels provided access to cups, cutlery, crockery and other cooking equipment, including a vintage ice cream maker, as well as a table for dining.

On the driver’s side, a second fold-out sink was added so Fearnley-Whittingstall could wash himself after a hard day’s foraging. A shower head, bucket and shaving mirror were fitted here, too.

The space immediately behind the cabin was mostly for storage.

A spare tyre and cray pot mounted to the cabin roof (which was Perspex to let more light in for filming) seems an odd addition, as does the front-mounted jerrycan that appears to block all airflow to the radiator.

The most unusual addition, though, is the boat on the roof. At first glance, this seems to make sense – a rowboat to take out fishing in a gentle river or calm bay and secure that evening’s dinner. But no, the upturned boat was actually the sleeping accommodation, with part of it cut away for access and a mattress and sleeping bag fitted inside, so it’s a rooftop tent – with a difference! A ladder allowed access the rooftop accommodation, and when this was not in use, it was fixed to the bonnet where it served as a camera mount to capture Fearnley-Whittingstall driving the Land Rover. 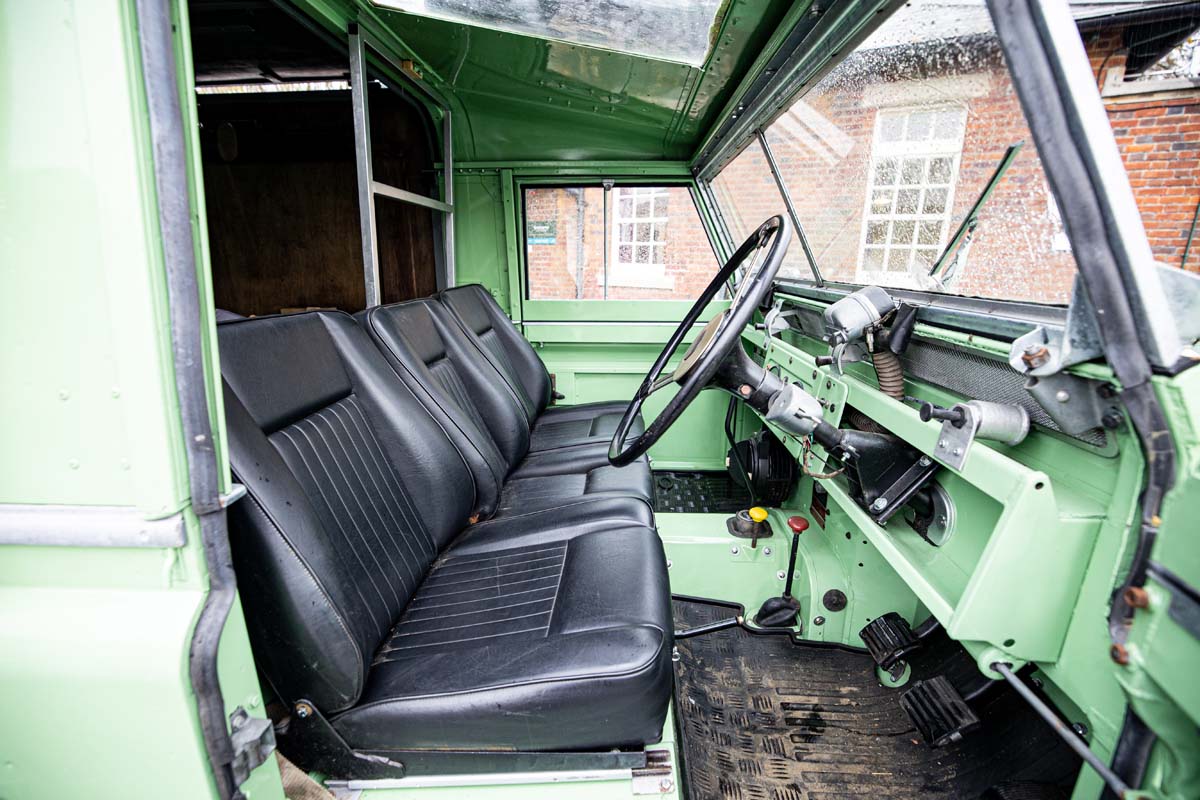 Another notable touch on the Gastro Wagon was the use of old spoons as handles for the various fold-out sections of the rear of the vehicle.

In the cabin, three-abreast seating was offered on a trio of Series III-spec bucket seats, with the rest of the fitout mostly as per a stock C1982 Land Rover, too. It seems the only luxury that Fearnley-Whittingstall allowed himself here was a heater.

Under the bonnet, the Land Rover ran the stock 2.25-litre four-cylinder petrol engine; a unit that was in its final years after being introduced way back in 1958. Although not confirmed, the transmission was almost certainly the standard 4-speed manual with selectable four-wheel drive and a 2-speed transfer case.

For the second series of A Cook on the Wild Side in 1996, the Land Rover was swapped for a more aesthetically pleasing (and quieter) canal boat. As Fearnley-Whittingstall moved on to other things in the years that followed, the Land Rover - which wasn’t in great shape to begin with - slid into further disrepair.

Exactly where the Land Rover was located and what, if any, use it was subjected to since its TV fame in the 1990s is unknown, but sometime in the late 2000s, it came into the ownership of vintage Land Rover dealers, John Brown 4x4. The North Yorkshire firm say they paid an “extortionate price” for the vehicle, which was in a condition far removed from what you see here.

In a sorry state and in pieces like a giant jigsaw puzzle when purchased, the Land Rover would require a LOT of work by the team at John Brown 4x4 to bring it back to its TV condition.

Starting with separating the body from the chassis, the Land Rover was fully refurbished, repairing damage to the body that the vehicle wore during filming. The engine was rebuilt and all the timber elements brought back to life, too, including the rooftop boat/bed, which needed extensive rubbing back and varnishing. 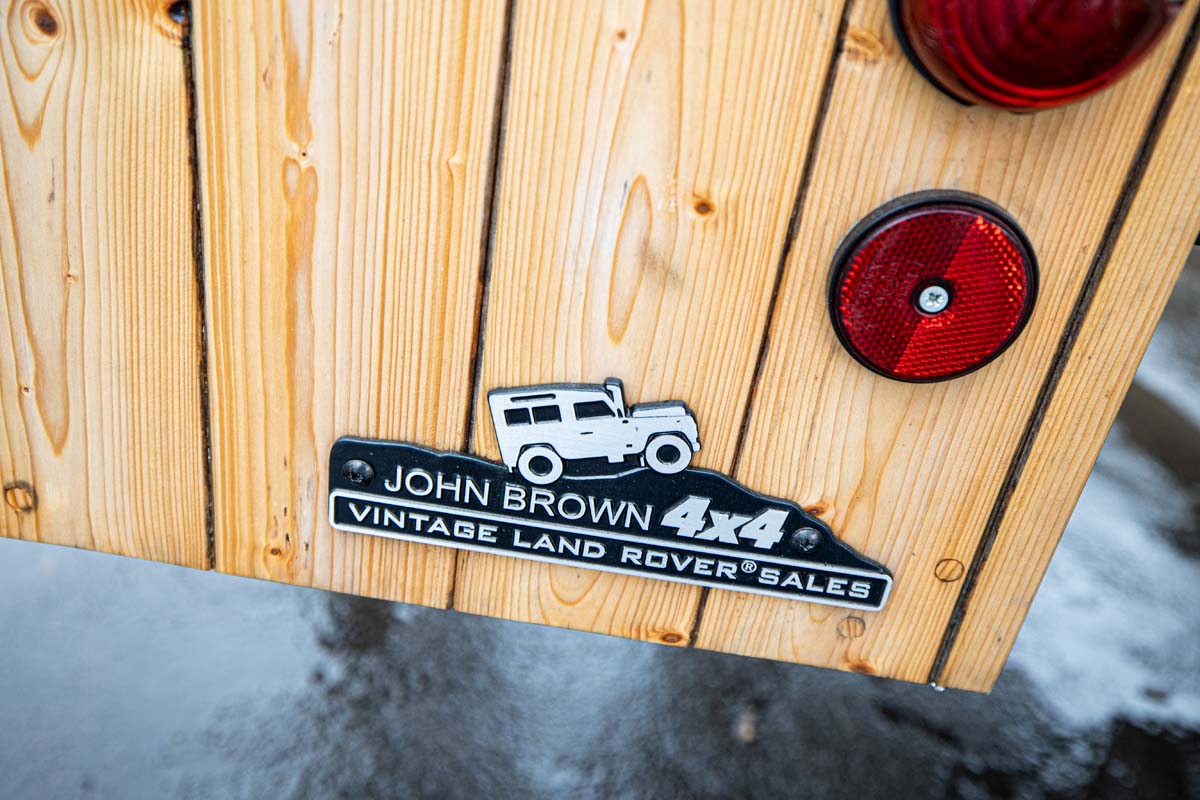 All this was done using DVDs of A Cook on the Wild Side as reference, ensuring the Land Rover was authentic to its TV appearance. That being said, John Brown 4x4 did improve the vehicle in many areas, including the addition of hard plumbing for the sinks and making the rear awning properly wind and waterproof.

With the body repaired and repainted in its distinctive pale green, it was fitted to an all-new galvanized chassis of the correct spec for a 109-inch Land Rover. The finishing touches included sourcing all the appropriate pots, pans and accessories the vehicle had back in 1995, including a vintage ice cream maker.

Shortly after completion of the restoration in 2015, John Brown 4x4 took the Land Rover to a fair at River Cottage, where Fearnley-Whittingstall inspected the 4x4 he drove 20 years ago and signed the passenger-side dash. 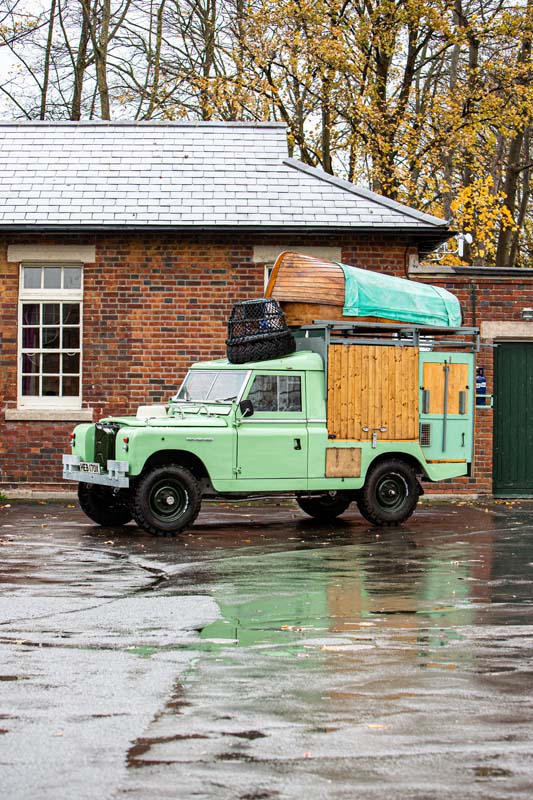 Such a unique vehicle has a limited appeal, which John Brown 4x4 discovered when they put the completed restoration on the market with a firm price of £49,995 (around AU$90,000) and had no takers.

Hopes the Land Rover would be acquired by a museum were dashed, too, so last December, it was consigned for Bonhams MPH online auction in the UK.

Who the new owner is and what they intend to do with the Gastro Wagon is unknown, but one thing’s for sure, if they intend to use the vehicle for trekking or exploring, they won’t need to spend a cent on the kitchen!