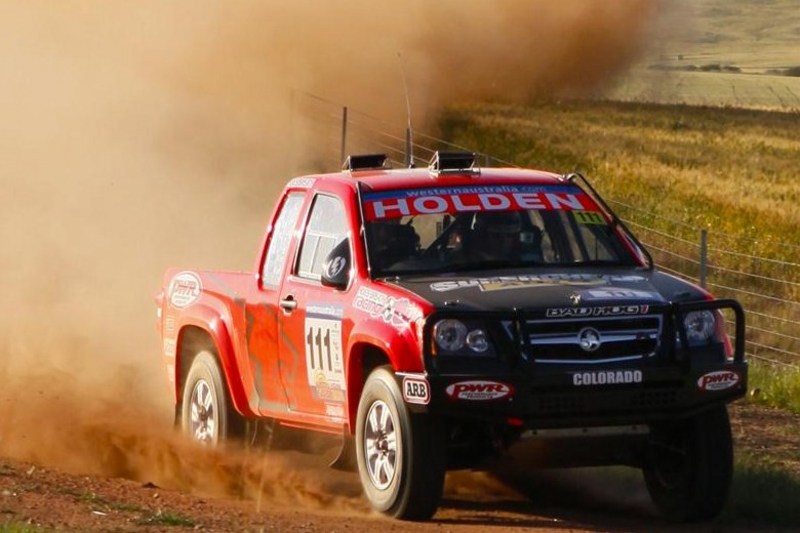 Long grasses from a wet winter provided challenges for both two wheels and four, making navigating and spotting obstacles a challenge throughout the prologue's 19km course
A roll from the father and son pairing of Kees and Paul Weel wasn't enough to stop the Queenslanders from taking victory in the prologue for the 2011 Australasian Safari. The win means the pair will start first for leg 1 of the Safari from Geraldton to Mt. Magnet.

Paul Weel, with Kees in the navigator's seat, rolled the PWR Holden Colorado on a corner turn, but still managed to finish fastest, 26 seconds ahead of Tony Quinn and Toni Feaver in a '94 Mitsubishi Pajero and Steve Riley and John Doble coming in third fastest in a 2008 Pajero.

Long grasses from a wet winter provided challenges for both two wheels and four, making navigating and spotting obstacles a challenge throughout the prologue's 19km course.

Craig Lowndes, last year's winner, and navigator John Panozzo finished seventh in the field of 15 cars, but Lowndes said he was happy to not be starting out in number one position for the first leg of the race.
"I took a couple of wrong turns, the grass was almost head high so it made navigation tricky, but I'm glad we're not out first, and the race hasn't really started yet.

2009 Safari winner Steve Riley hoped the fields of purple Patterson's Curse flowers would not be an omen for the New South Wales farmer.
"It's a traditional curse for Australian farmers, let's hope it's not mine," Riley said.

The Prologue finished with a rousing public welcome at the picturesque Geraldton Foreshore.

Leg 1 will see competitors race from Geraldton inland to Mt Magnet over 328 competitive kms, and they can expect open station country before some rough, rocky and narrow tracks. The course continues along the Vermin Proof Fence where course crews enter a 'Quiet Zone' and competition is restricted to 70 kph whilst travelling along the fenceline. The day will finish with rough and rocky tracks, caused by recent rains creating severe erosion. 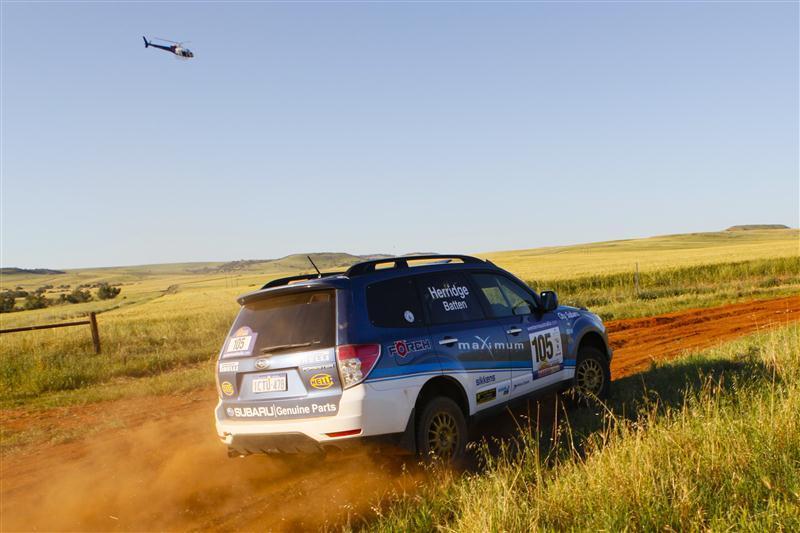 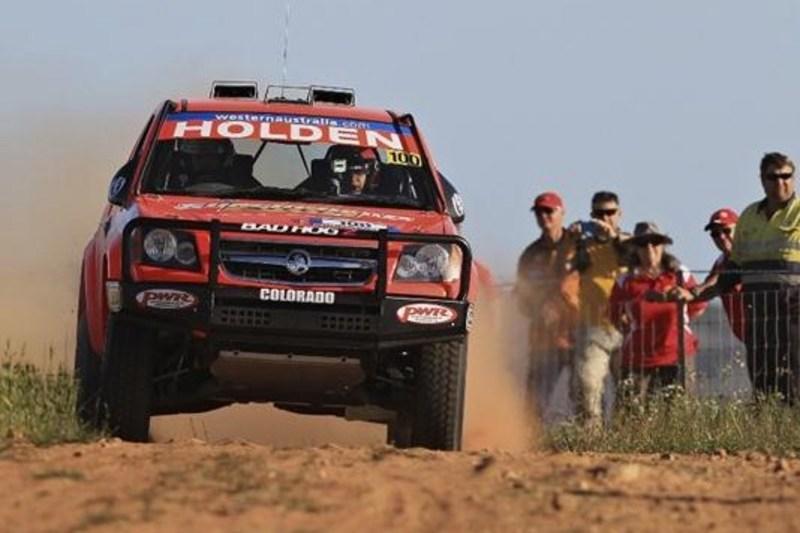